Non Non Biyori is a show about some kids living in the countryside, doing whatever you can do living there. You could say there is no real plot, it’s just some kids having fun.

To be honest, with a description like this, I didn’t think that this might really be interesting in any way, but I was so, so wrong. Non Non Biyori really only shows the daily lives and the not-so-exciting adventures of 4 kids living in the countryside, far away from any big city, but it’s so good at that!

The choice of characters is really fitting for a show like this. We have the two siblings, Natsumi and Komari, who often fight with each other, there is the city girl Hotaru who just moved there, and there is Renge, my personal favorite, and the youngest of the 4 girls, who I simply love for her priceless facial expression~

Also, there’s Natsumi and Komari’s older brother, Suguru, who will probably not leave any kind of impression on you, and there are also some other characters involved, such as their teacher, other friends, and also family members. But the main group is only made up of the 4 girls I listed above.

(from left to right) Natsumi, Komari, Renge and Hotaru

Non Non Biyori is probably not the most hilarious anime, and I feel like that’s not really what it aimed to be in the first place. It was mostly just cute, funny at times, and only had a few scenes that really made laugh out loud. Still, it’s worthy to mention that there are quite a few really funny moments.

I would say the real selling point of this anime is neither the comedy, nor the nice set of characters. Both are, of course, part of why this show is so good, but what really makes it so enjoyable for me is the fact that this show is so relaxing and easy to watch. The music, the nice depiction of the countryside, and also the girls’ fun activities make this anime so relaxing that it’s probably the perfect show to watch after a busy day.

However, you should not mistake relaxing with boring, because this anime is anything but boring, and that’s all thanks to the great characters, and in most cases, just Renge being Renge. This probably doesn’t make much sense if you haven’t watched the show yet, but just look at her face. I could really watch her all day long~ 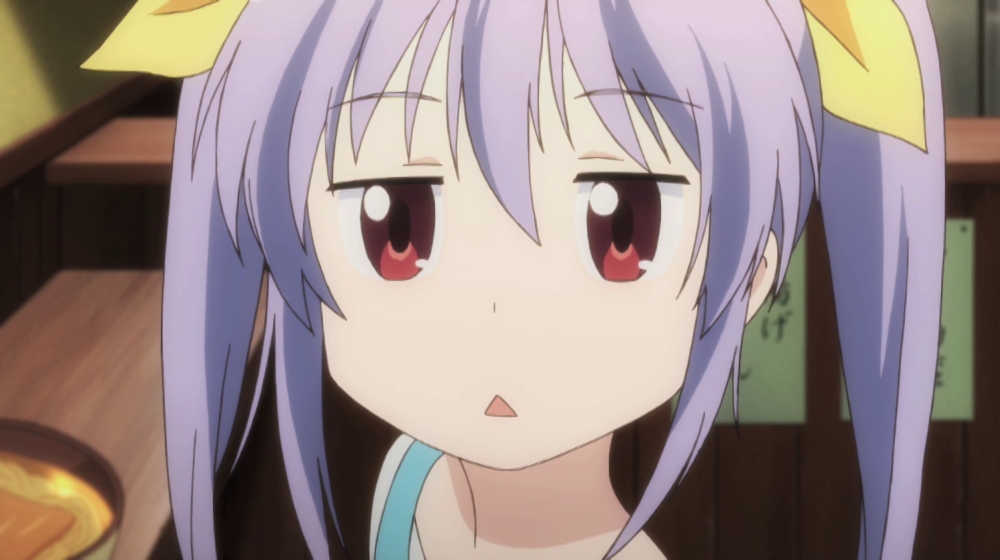 Also, we should not forget about the yuri subtext in this show, and there’s surprisingly much going on in this department. Well, we’re talking about very young girls, so there’s nothing that serious going on, but I have to say, I was quite satisfied with the amount of yuri in this show. It’s all thanks to Hotaru, who has a big crush on her senpai, Komari, who she mostly loves for her cute size and appearance.

As already mentioned, her love for Komari is very innocent, which is a good thing anyway. You gotta love her small outbursts as well as her cute attempts to get a little closer to her crush. In short, the yuri is both adorable and funny~

Finally, I can only say that I really enjoyed watching this anime. I wasn’t all that interested at first—because the plot simply didn’t sound all that interesting—but I’m glad I gave this one a try anyway.