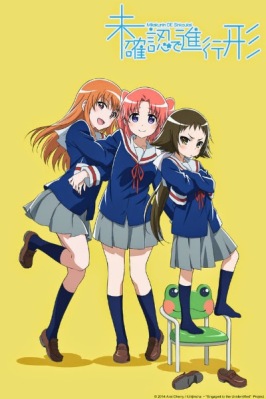 Story: 7/10 and Characters: 8/10
Mikakunin de Shinkoukei is a show about the Yonomi sisters and how they deal with the fact that one of them, namely Kobeni, is forced to marry and live with Hakuya, one of her childhood friends. Now, years later, she doesn’t have any memory of him anymore and also has no idea about his family’s secret.

Other than their siblings, Kobeni and Hakuya, other family members play a big part in this show as well. In fact, Benio (Kobeni’s sister) and Mashiro (Hakuya’s sister) usually play bigger roles than the apparent main characters do, but we’ll get to that later. My absolute favorite character of the whole show is undoubtedly the great Benio-sama, who is a big stalker, a lolicon, and also a siscon. This might all sound pretty creepy and weird, and I won’t argue with that, Benio is indeed really creepy, but most of all, she’s hilarious! No other character made me laugh like she did, and hardly any character from the last anime season can reach her level of yuriness.

The character that I least enjoyed is either Hakuya, who barely had anything to say at all or Mashiro. In her case, her unreasonably high cuteness level saved her from being my least favorite character, and made her score above her older brother, but she was still pretty annoying most of the time. 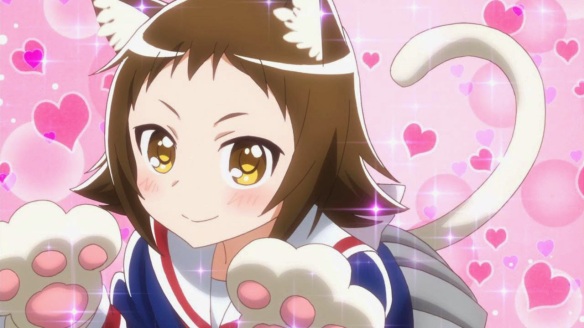 As stated above, Kobeni and Hakuya, who should be the main characters, were often overshadowed by Benio and Mashiro, who make such a great comedy duo that it is admittedly quite hard to keep up with that~

Surprisingly, the ending of this season doesn’t show Kobeni and Hakuya as mutual lovers, and their relationship is still only on the level of friends. Most anime like this will show quite a different outcome, but I’m pretty happy with this. They take their time and get closer very slowly, something that makes a lot of sense for characters like this. So, I guess even though the ending didn’t feel special at all, this outcome is way better than Kobeni and Hakuya suddenly jumping head first into a love relationship. 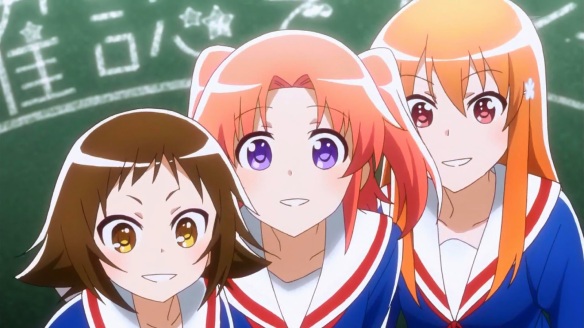 (from left to right) Mashiro, Kobeni and Benio.

Lastly, I’d also like to talk about the supernatural themes of this anime. Since the title of this show can be translated as Engaged to Unidentified most of you probably expected this to not just be a normal Romcom, but I for one didn’t really get this obvious sign, and not even the opening made me realize that I was in fact watching a show about aliens. So when they revealed the fact that Hakuya and his whole family are not humans, I was pretty surprised. Hopefully, you guys weren’t as absent-minded as I was….

Animation: 8/10 and Sound: 8/10
Alongside Sakura Trick’s opening theme, this shows opening theme, called Tomadoi→Recipe, was probably my favorite of the past anime season. Seriously, it’s so damn catchy! Furthermore, I really loved the animation style of this anime. It’s bright and colorful, the animation mostly looks fluid, and the characters look absolutely great.

Yuri: 4/10
Undeniably, this rating was only made possible thanks to the great Benio-sama, who might have creeped out her whole family with her siscon and lolicon tendencies, but she also managed to creep right into my heart, as well as the hearts of basically all of her classmates. All her numerous attempts to capture the heart of her beloved sister unfortunately never worked out, but that luckily didn’t stop her from trying it over and over again~ Good luck for the future, Benio-sama. May your hard work pay off someday. 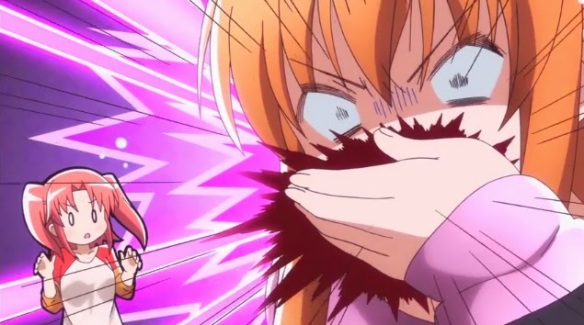 Sometimes it’s even too much for her….

Total Enjoyment: 8/10
Mikakunin de Shinkoukei is funny, lighthearted, relaxing, and it even has a reasonable amount of drama mixed into the story every here and there. This show really never bored me, and even though this whole alien thing might feel a little weird at times, it’s still an interesting addition.