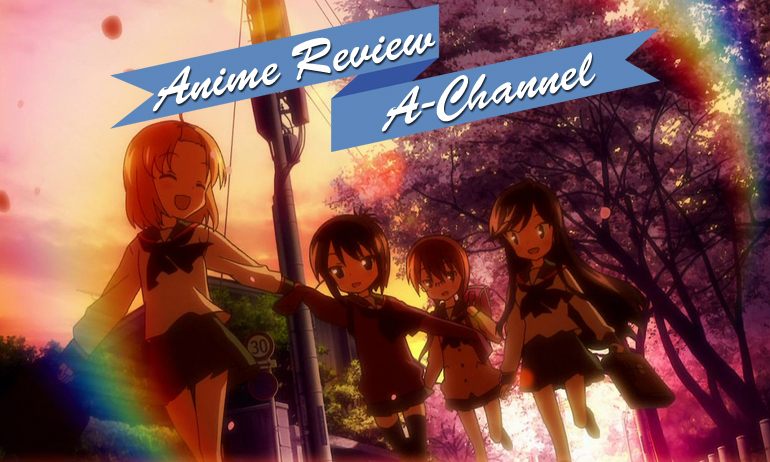 Being a year younger than her best friend, Run, Tooru was excited to learn that she had been accepted into the same high school as her. Tooru hurriedly went to Run’s house to tell her the good news, only to find Run in a compromising position with another girl. After causing a scene, Tooru learns that Run’s intention was to introduce her to her fellow friends and the girls Tooru would be spending a lot of time with at school. After Tooru assimilates into Run’s small circle of friends, the group of girls enjoy the school year, as well as each other’s company, all the while approaching their daily lives in fun and amusing ways.

Like most other anime of its ilk, A-Channel is mostly devoid of any significant plot. “Cute girls doing cute things” is a very fitting description that completely sums up the story. What little plot that is present is just fluff that serves to give the girls avenues to entertain, and in that regard, the plot succeeds with flying colors. Even though the story is predictably lacking, there is thankfully enough comedy to help offset that. General goofiness, physical comedy, and other gags add a little spice to all the sweetness caused by the moe and help elevate the story to right around the mediocre mark. 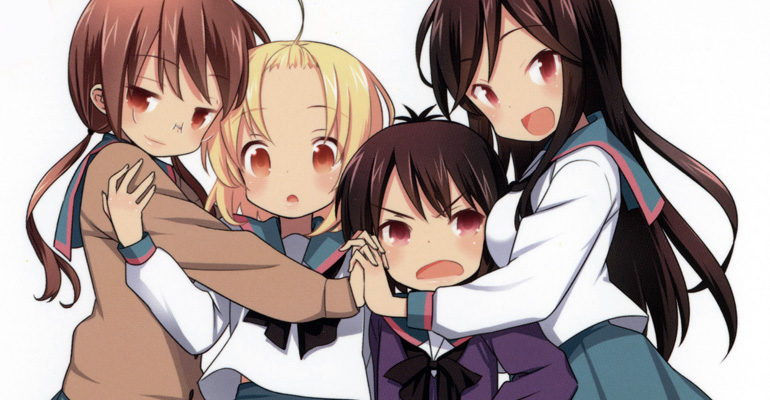 (from left to right) Nagi, Run, Tooru, and Yuuko

The story leaves a lot to be desired, but A-Channel has a fairly strong group of characters that do their best to make up the difference. There’s Run, who is clumsy and about as sharp as pillows, but that’s okay, since we’re laughing with her, not at her. The level-headed girl of the bunch is Nagi. She’s the voice of reason and hangs out the most with Yuuko while Run & Tooru are busy together. Speaking of Yuuko, she’s a raven-haired beauty who is often the victim of Tooru’s abuse. After Tooru walked in on her and Run fooling around, she has it out for Yuuko. Yuuko’s sizable bosom probably doesn’t help matters either. Last but not least, is Tooru. Despite her petite size, Tooru serves as Run’s personal protector of sorts. Whether it’s keeping Run safe from boys who want to talk to her, or keeping her safe from herself, Tooru is always right there to lend a helping hand at a moment’s notice.

Seemingly all slice of life shows focus on the students, but what about the teachers? The teachers get a little limelight here, and the show is better because of it. There’s Kitou-sensei, whose overenthusiastic demeanor causes the girls to avoid her like the plague, if at all possible. Taki-sensei is the exact opposite in that she’s very lackadaisical and uninterested in being involved with the class. Then there’s Satou-sensei. He’s a sickly health teacher who has a strange fascination with Run and her flawless forehead. The in-fighting between Kitou and Satou adds to the enjoyment and even serves to entertain Taki as well. The trio are a fine addition to the cast and help make a good thing even better.

Given the lack of plot development associated with slice of life anime, it’s critical that the cast of characters hold their own, and A-Channel definitely does a good job in this aspect. The various characters have loads of personality and charisma that helps make the typical story elements a bit more compelling. For comparison’s sake, there may not be a singular character as entertaining as Konata from Lucky☆Star, but this cast of characters is still comparable to some of the better casts in the slice of life genre.

If you love moe character designs, you’ll be in heaven with just how cute everyone and everything is. The show is sickeningly cute, so steer clear if you’re allergic to adorableness. There’s a minor level of ecchi-ness, at least when compared to a lot other shows in the genre. It’s nothing egregious, mostly just some sideboob on a few occasions, but it just stands out more due to the fact that the girls look even younger thanks to the art style. Despite the cutesy exterior however, the show does manage to sport some above average animation and an appealing visual look overall.

Several episodes feature a song interspersed within the episode. Sung by the voice actresses themselves, they’re a nice touch that compliment the experience and add to the steady level of cuteness. Neither the OP nor the ED were particularly noteworthy for me, and they didn’t really linger in my head much after listening, which is a shame. On a more positive note, quality voice acting is present, and the voices match up with the characters perfectly. All in all, the audio is above par and delivers some nice moments of satisfaction. 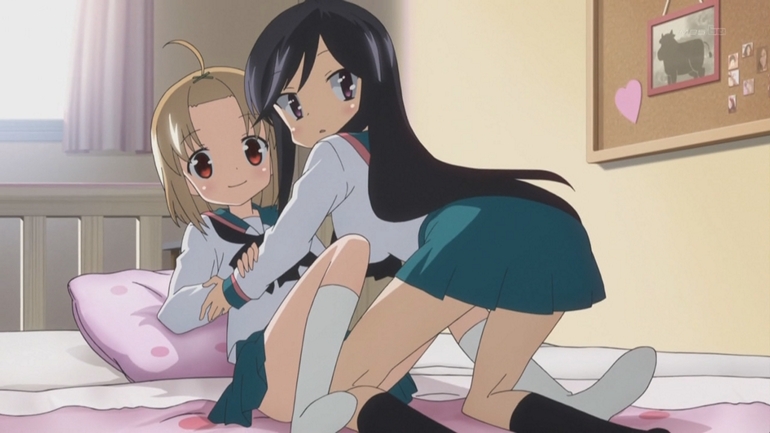 “Come on, Tooru! We were fixing to start without you.” (Okay, I totally made that quote up….)

There isn’t an overwhelming amount of subtext or anything, but what is there mostly revolves around Tooru. Her fierce overprotectiveness of Run, as well as her own female “fans”, make her the yuri centerpiece of the show. The subtext can be somewhat subtle a lot of the time, but is also plain as day at others. In other words, have your yuri goggles at the ready. What is more obvious are Tooru’s two “fans” that stick to her like glue and bother her constantly. One of those two girls, Yutaka, gravitates towards Tooru so much that she’s given a 3-minute time limit by her fellow Tooru fan, Miho. When Yutaka surpasses the alotted time limit, Miho swoops in to excort her away, much to Yutaka’s dismay. From a yuri standpoint, Yutaka is the most frequent and obvious offender with how much she clings to Tooru and annoys her, but deep down, Tooru enjoys it on a certain level, even if she would never publicly admit it.

Quality comedy, good characters, and some above average production values combine to make A-Channel a show that does a pretty good job to avoid most of the pitfalls that can plague slice of life anime. The subtext could’ve been a tad more substantial, but that’s one of the few gripes that I can level at the show. If you enjoy slice of life and adorable characters, then by all means, give it a shot. 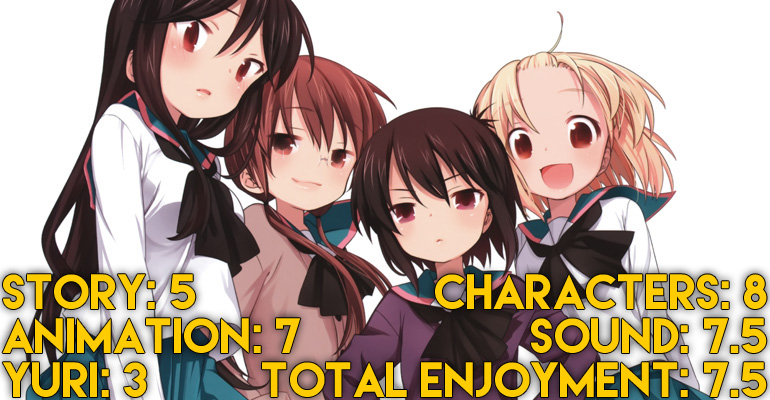