Ryou Machiko lives a solitary life. While her parents are busy working overseas, Ryou is living alone in Tokyo. She’s supposed to be under the supervision of her aunt, but her aunt is also busy with work and is unable to check in on her very often. A third year in middle school, Ryou learns that her cousin intends to attend the same high school as her, so their aunt has arranged for Ryou’s cousin to stay with her on weekends as she attends the same prep school. Ever since the passing of her grandmother one year prior, Ryou longs to be able to spend her time with someone special to her, preparing meals like she used to do with her grandma. Once Ryou’s cousin Kirin arrives after leaving home on bad terms with her mother, it seems that Ryou may have found that someone that she can share her meals with.

The story is simple and cute, and the way that the girls help each other out with their problems is particularly sweet. Even though I would have preferred a little more comedy, there’s just enough to counterbalance the more neutral moments and keep the amusement factor at a steady level. The show doesn’t deviate too far from the food theme, so some people might find the lack of variety a tad repetitive. Overall though, the story is sufficient enough that it doesn’t really become a hindrance and bog down the rest of the show. 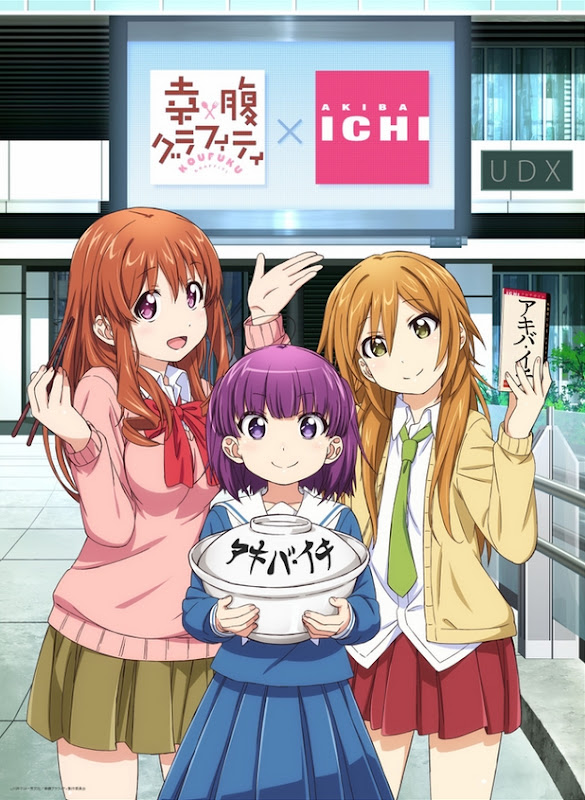 The cast of characters is small (with only three girls getting significant screen time), but they display enough personality to leave a positive impression. Ryou is the nurturing kind, as she regularly takes care of younger Kirin and aspires to one day be a good wife. She had grown a bit lonely due to her isolation from her family, but Kirin comes along and helps ward off those unpleasant feelings. Ryou’s fondness for food is readily apparent, and Kirin isn’t all that different. She has a bottomless pit for a stomach, but she’s much better at eating than she is at cooking. Shiina is the third member of the group and she too is in art class. She’s a frank and levelheaded girl who always gets sick when she gets doused with water.

Ryou and Kirin get most of the attention, but Shiina deserved a more prominent role because she’s my (and MAL users’) favorite. If it weren’t for her over-the-top food reactions, Ryou could’ve been viewed as a bore, but she ends up getting a reprieve in my book. Kirin picks up the slack and helps make up for Ryou’s plain personality, but even she doesn’t seem too memorable in the grander scheme of things. All told, the characters are enjoyable, but they don’t stand out from the pack nearly enough to be anything more than just slightly above average.

Never before have your eyes gazed on a tastier anime than Koufuku Graffiti. Bold statement, I know, but everywhere you look, the series is seducing your eyes with delectable dishes that will definitely serve to whet your appetite. When the girls feast on these dishes, things often take a suggestive turn as they eat in the most sensual way possible. The pleasure they take—Ryou specifically—from savoring the food reverts back to the most primal of urges and helps stimulate your tastebuds in a way that you didn’t think was possible through anime. Aside from the food, the series looks the part and generally comes across as a nice-looking show.

Let’s not beat around the bush here, there’s very little subtext at all in this series, and I’m probably being a bit too generous with the yuri score. The relationship between Ryou & Kirin is more of a maternal or sisterly one than anything else, and you’d be hard-pressed to find much of anything from a yuri perspective. Considering the series made it into the Yuri Anime 2015 list, I was definitely disappointed by this. Kirin would’ve obviously been too young for anything like that, but a couple of Ryou x Shiina moments would’ve been appreciated. The girls are still cute together, and a second season might hold more yuri potential, especially with a slightly older Kirin. Could you imagine a yuri-fied version of this in season 2? Make a second season happen, Shaft!

A by the book example of slice of life anime, Koufuku Graffiti adds a interesting twist by putting nearly as much emphasis on the food as it does on the characters themselves. The series doesn’t do any one thing extraordinarily well, and it lacks enough subtext for yuri seekers to get too excited about, but it does meets the genre prerequisites for a decent viewing experience. If you’re a foodie with an insatiable appetite for cute girls, then you may have just found your new favorite show. Everyone else will more than likely see this as an average stopgap until the more anticipated slice of life shows premiere later this year. 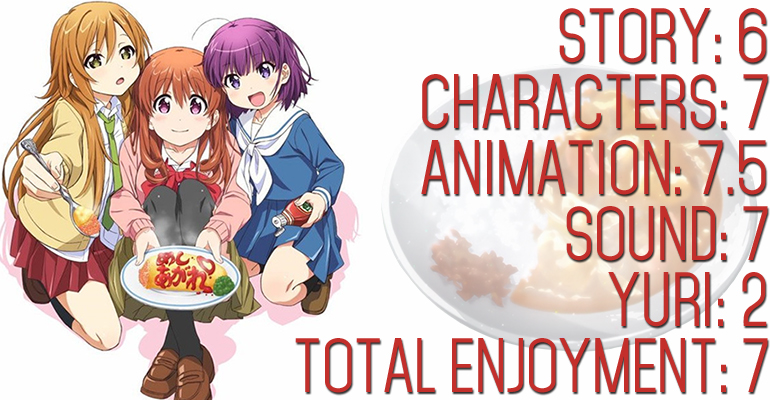