Let’s get to it right away.

First of all, with the release of the new Citrus chapter, we also found out that there is going to be a Drama CD that will be be released alongside the next Citrus chapter in July.

They already decided on the cast. Though, thanks to my really poor Japanese skills, we’ll have to wait for a translation of this to know the full details.

I’m assuming that they’ll just go with the voice actresses they used for the PV as well. 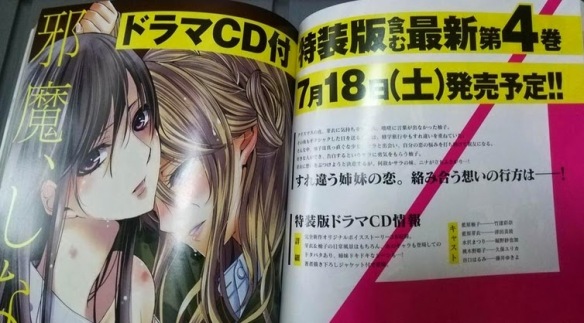 In other news, you can still support the guys and girls behind the Starlight Vega Visual Novel.

The KickStarter is still going for 4 more days. If you haven’t already checked it out, now is the time!

Well, it seems like they already reached their goal, but I hear that there’s gonna be another love scene if they reach a certain amount 😉

Next up, and let me apologize that I’m so late again, we have Valkyrie Drive: Mermaid, a yuri-ish game made into Anime.

Well, I don’t have much prove that this is going to be yuri, but let’s just take a look at the trailer. I’m sure you’ll see why I’d say it pretty much is in fact yuri. Correct me if I’m wrong, but I don’t think they already announced a release date.

Thanks to Adson Aguiar for pointing it out to me~