Despite the fact that I started watching a lot of different shows this anime season, Mikagura Gakuen Kumikyoku, along with Hibike! Euphonium are the only two shows that I kept watching until the very end, and there’s a good reason behind it.

It is definitely—by far—the show with the highest yuri rating and the greatest yuri character. Now, let’s see how it fared in the other categories as well.

Story: 7/10 and Characters: 7.5/10
Dreaming of an easygoing high school life filled with nothing more than cute girls and fun activities, Ichinomiya Eruna enters Mikagura private high school. Driven by the image of honor student, and girl of her dreams, Mikagura Seisa, Eruna throws herself into her new life as a high school student and soon finds out that it’s very different from what she was initially expecting this new stage of her life to be like.

Despite this being an easy-going and fun show, the most important factor and the most highlighted theme of the whole anime is how life in Mikagura High School works and what differentiates it from other schools. However, the whole story of the school, the student’s abilities, and the background of these powers are all kept on the more easy side. They are either not explained very well or simply not explained at all.

You might say that it’s not a big deal in the case of shows that don’t take themselves very seriously and focus on comedy anyway. Though, if you add in drama, especially the kind of drama they added into this show, then you simply owe the viewers some better explanations or else the drama will feel forced and unbelievable.

Putting aside the fact that I found the drama rather forced, I still enjoyed the way it complicated Eruna finding her way into Seisa’s heart. It kind of reminded me of Citrus a little. Not only does Seisa look a lot like Mei, she also gives off the same atmosphere—the aloof honor student with the broken heart. Eruna on the other hand, reminded me a lot of Yuzu. She’s such a good girl, so loud and straightforward, and she’s simply the most precious thing ever.

The other characters though…. Well, some (if not all of them) felt like a big pain the ass. Most of them were defined by only one specific character trait, and even if they had their own individual backstory, this still didn’t fulfill it’s purpose of “breathing some life into them”. It sometimes even made it harder for me to view them as actual individuals, instead of only walking stereotypes.

Now even if this is true for most of them, there were some exceptions like Otone, and even Shigure. I still can’t believe I actually said that….

Finally, I’d also like to leave some words on the ending of the anime. I don’t know whether they are actually planning to make a second season of this, but the ending felt like so many things were actually missing. Not only did the whole episode feel rather rushed, it was also missing something like a grand finale. Of course Eruna and Seisa’s fight was basically the grand finale, but rather than having Seisa change her attitude within just a few moments, I think this change should have been dragged out longer and had more emphasis placed on it. And of course, the little hug was not enough, they should have kissed, that’s for sure!

All in all, I might have made it sound worse than it actually was. I really liked this anime as a whole, while I was simply not satisfied with many little things. Nevertheless, it was a really fun ride, and since it has Eruna as the main character, I simply had to watch it. She’s surely precious, and the fact that she’s aiming for a yuri harem makes her irresistible even~

Animation: 7/10 and Music: 8/10
I was actually constantly fighting with myself over the question if I actually like or dislike the animation of this show. On one hand, I think most of the characters look really gorgeous, which is very important to me. On the other hand however, I can’t say that the animation in general is really that great. The fighting sometimes looked low-budgety and basically all unimportant characters were presented as colorless, shadeless, and with pieces of nothingness…. Ah well, at least the music was better. Nothing outstanding, but definitely pleasant.

Yuri: 7/10 – Lesbian main character
As mentioned above, Eruna is already one of the most important yuri girls of this whole year. Not only does she aim for a yuri harem, she also has lewd yuri delusions every now and then and basically drools over any cute girl. Though, as creepy as this might sound, she’s really charismatic and simply someone I’d personally like to be friends with.

However, I can’t really say that she’s all that successful in her search for a yuri harem. She certainly has some contenders, but only one of the girls can really be viewed as a fan of hers. In Seisa’s case, I’m still unsure, which is why I demand a second season, so Eruna can deepen her relationship with Seisa and also find more girls for her harem. Great idea, right?

However, if this doesn’t come true, then I at least demand some doujinshi. Though, I feel like this is not the kind of show that will actually receive many of them.

At least give me some yuri fanart please~

Total Enjoyment: 7.5/10
As much as I disliked some of the characters and as much as I was missing a more consistent plot, I still really enjoyed this show. It made me laugh a lot and simply handed out the yuri that this season was missing a little. So if you’re looking for a fun and easy-going yuri-ish show with a great main character, then definitely try this one! 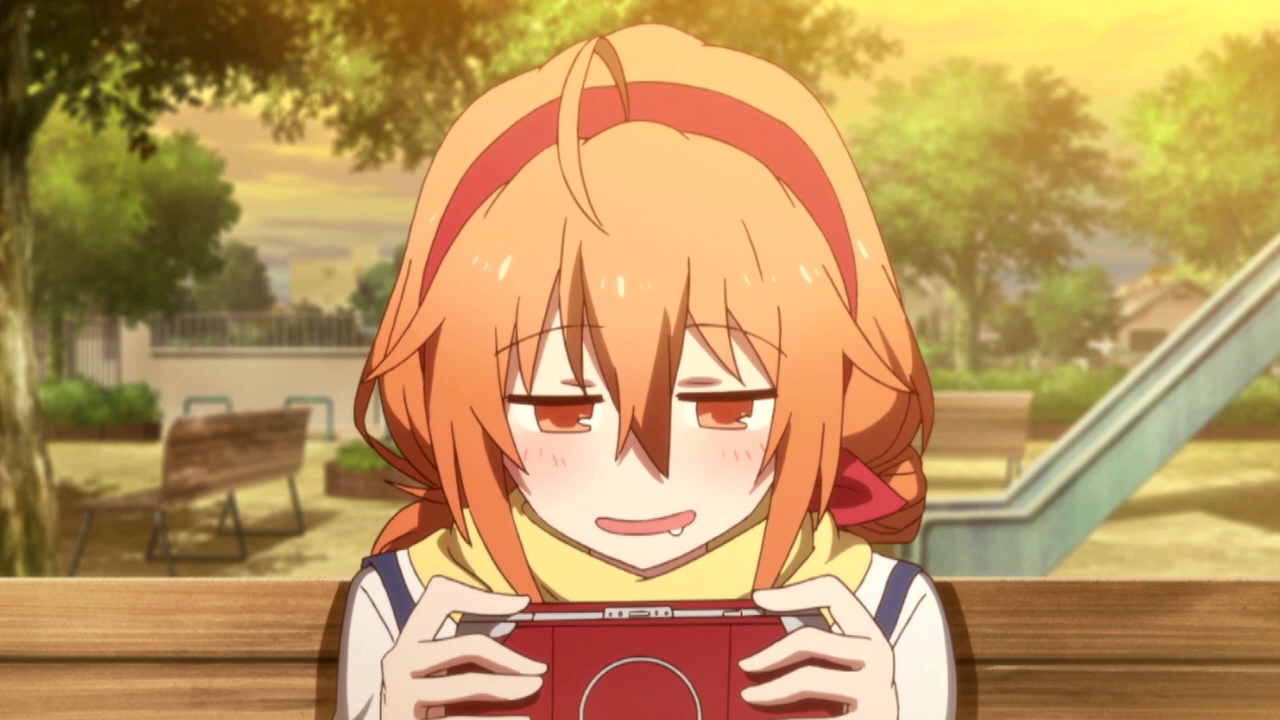 Finally, have a random pic of Eruna playing Sono Hanabira. 😉