Okay guys, I think I can speak for all of us when I say that two of our biggest dreams just came true within the last few days. 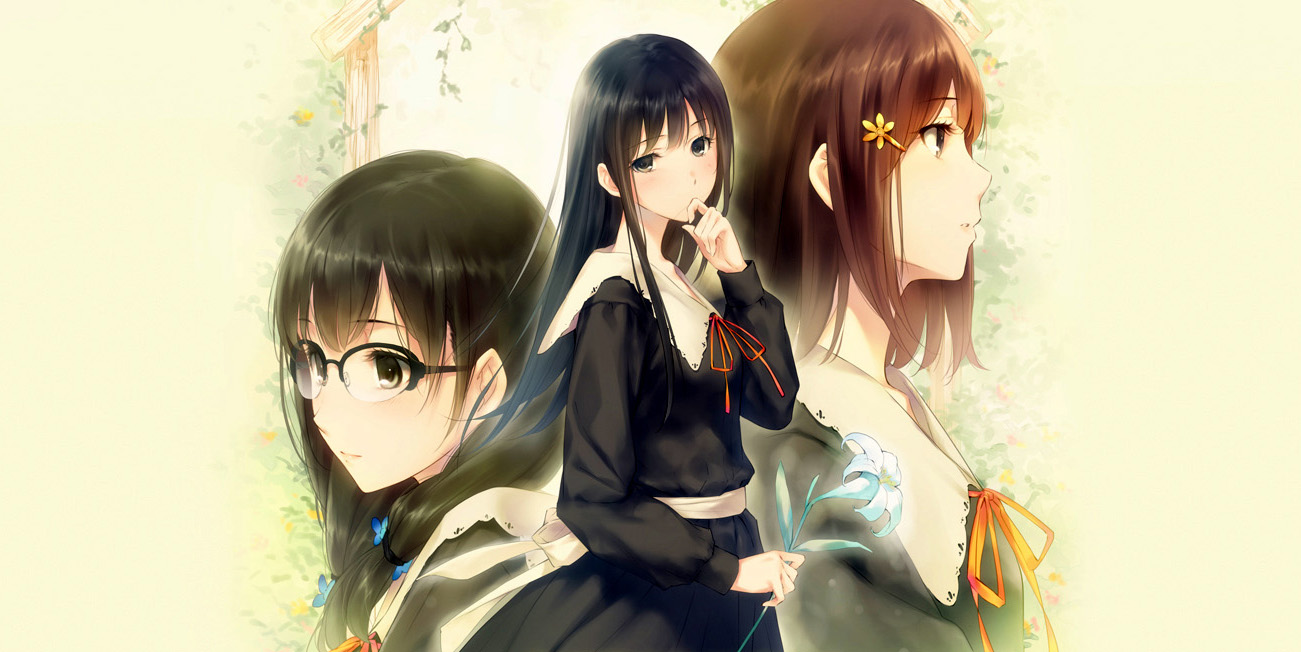 We’ve probably all been hoping for an official English release ever since the first part of this gorgeous Visual Novel series was announced. And now, it just came true:

JAST USA announced at its panel at Anime Expo on Thursday that it has licensed Innocent Grey’s Flowers -Spring Arc and Nitroplus’ Communication With Sonico (SoniComi) games.

Innocent Grey’s (Kara no Shōjo series) Flowers -Spring Arc PC game is a mystery story that takes place at an all-girls boarding school in the middle of a forest surrounded by tall walls named Saint Angraecum Aademy. The protagonist Suou applies to the school because of the academy’s experimental “Amitie” program where students are assessed and matched with a pair of “Amity” whom they are required to become friends with. Because Suou has always been a shut-in and has no friends, she wants to join the program so she can make meaningful friendships. Just as she gets used to life at the academy, a strange incident occurs where a student disappears.

Next up, we have something almost equally as awesome as our first piece of news: 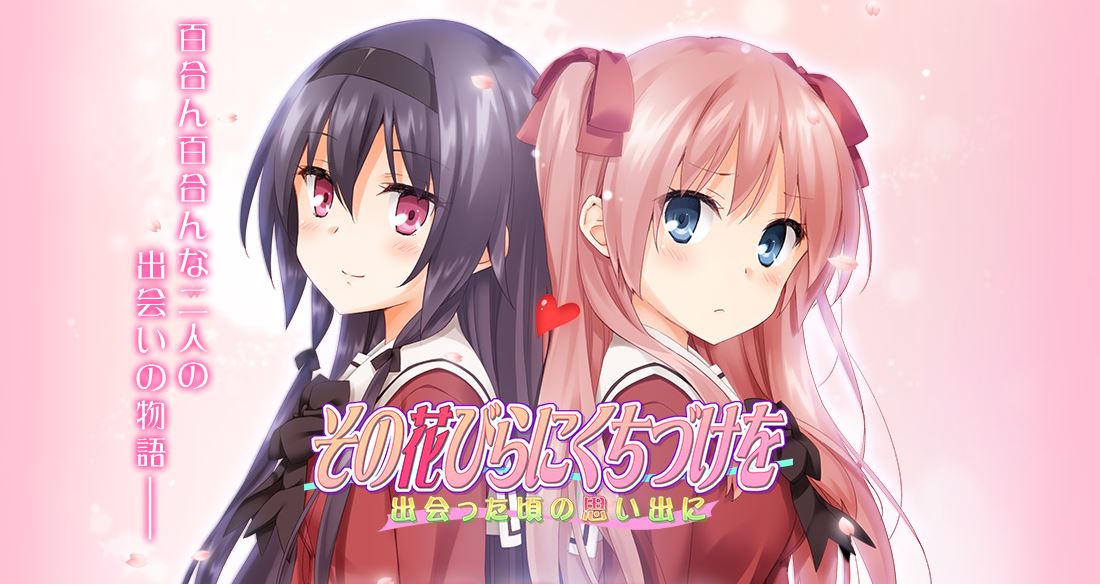 We’ll soon get an all-new Sono Hanabira game called “A Kiss For The Petals – Remembering How We Met” featuring Miya and Risa. The game will most likely be available for Android and iOS mobile devices, as well as on Steam. More information on that will hopefully follow soon.

However, that’s not really what I’m so excited about. The big news here is actually the fact that this game is going to be available in English! You heard that right! After such a long time, we’ll finally get an official SonoHana release in English. I really thought that it would never happen, but it did, and I’m super happy about it~

The season is fall… as the uniforms transition from summer to winter garments, Risa suddenly has a pang of nostalgia. It was this very uniform she was wearing on her first day at St. Michael’s… The day she met her future girlfriend Miya.

Now the two of them share a passionate life as a couple living in Risa’s apartment, but there was a time in their relationship when the very sight of one another would be enough to set off an endless bout of arguing. From Risa’s point of view, it all started with her just trying to get Miya to come to class…  And even now with the two of them going out, the chronically truant girl has failed to mend her ways.

Remembering those days elicits a faint laugh from Risa. Miya, sitting alongside her, questions Risa’s sudden outburst with a puzzled expression. “I was just thinking back…  About when we first met.” It was a beautiful spring day, with sakura petals dancing in the air. The day of her unforgettable first encounter with Miya…

And finally, I have another exciting announcement to make. According to their official website, if the Twitter account @mikajyo_info manages to get over 50,000 followers, we’ll get another SonoHana anime!

You heard that right! So what are you waiting for?! Spread the message and make it happen!