You all saw it coming, didn’t you? Facebook, Tumblr, Twitter, even Google+; the whole internet is talking about Citrus, and it’s splitting the entire yuri fanbase. As a yuri fan, I admittedly haven’t been around for that many years, but during the few years I’ve been a fan, I’ve never witnessed anything like that.

Our latest Yuri Tournament also proves that Citrus is indeed big, but also hated. I was thinking very long about what word to use here, but hated might actually be very accurate.

You either really hate Citrus or love it. For some reason, there is not that much in-between, and I just thought, why not talk about it… like all the other people. Yay…. 😛

You have been warned. This post is going to be all about Citrus, and I’m a Citrus fangirl on top of that, so please just click away if you can’t deal with it.

So, yeah. How did it all start? Well, it’s been a while, hasn’t it? But even the first chapter of this manga managed to get a surprising high amount of attention, mostly positive. Okay, to be fair, you can’t really go wrong with a first chapter that basically just shows gorgeous art and two girls making out, so at that point, not many people were able to rant about anything.

Though, as quickly as this manga’s popularity rose, haters appeared as well. A few months back, I just thought that those who hated on Citrus were jealous of it. Maybe jealous because its popularity was greater than their favorite manga, but I now admit that I was mostly wrong.

I did something that I usually try to avoid – I read people’s comments on online readers. You might wonder why I usually try to stay away from that, and that is simply because I’m easily influenced by other people’s opinions. If people call something I like shit—and they at least have one good argument to base this on—I start to wonder whether they are right, and this eventually makes me realize potential flaws, which in the end leads to me not being able to enjoy it anymore.

In Citrus‘ case, I read a lot of comments that I can simply not agree with. But at the same time, I also found a lot of good arguments, for both sides, that is.

Basically, what I read over and over and over again is that people call Citrus predictable, and I agree. You know what is coming the moment new characters appear from wherever they’ve been hiding before. Mei and Yuzu’s actions as well don’t make much of an exception. Though, I’m not sure that the two new characters that have been introduced in the most recent chapters, Sara and Nina, really fall into the same category as Himeko and Matsuri. Still, the only reason for their appearance is to get into Yuzu’s way. So the only thing that is new about these characters is the fact that they don’t have any bad intentions while doing so.

Though, after seeing that, I’m not so sure anymore….

Next, people also call Citrus’ story, as well as the drama, forced. In this case, I can only partly agree, because I believe that many call it forced for the wrong reasons. The introduction of new characters that apparently always bring in more drama is of course supporting this statement, yet I don’t really see how this applies to how Mei and Yuzu interact with each other. It may not be intended by the author, but I think their relationship might be a little more complicated than what meets the eye.

In fact, I think their relationship is way more complicated than what many people make it seem. Right here, I’d like to add a quote from Mina Hazuki, who left a comment on the Dynasty Reader saying the following:

Mei and Yuzu: step-sisters, who don’t share a past together, have lived completely different lives until they met and are polar opposites of each other. This is the base, that was presented for them. It should’ve been pretty clear from the beginning, that it’s gonna be a tough road. Mei has no idea how to properly convey her feelings to someone. Until recently, she didn’t even understand that it’s ok to do so at all. She’s used to being a marionette, used to doing what other people expect from her. She only just recently learned, that this isn’t how it has to be. That doesn’t mean that she suddenly understands everything and can tell Yuzu, in a way this damn airhead won’t misunderstand, what she feels. Not taking the lead and allowing Yuzu to take control, for a character like Mei, is a pretty big change. Yuzu, on the other hand, is always straight-forward and has a clear idea in her head of how she wants her first love to be like. Since Mei doesn’t fit in this ideal picture, yet Yuzu is madly in love with her, isn’t it understandable, that she’s terribly confused? She’s always having doubts about both, Mei’s as well as her own intentions. She still thinks her love for Mei is one-sided, which it clearly isn’t. Those 2 girls are so unlike each other and so incredibly inexperienced when it comes to love and relationships, that it would feel a lot less real if there wouldn’t be drama and misunderstandings.

With that said, I think it’s even necessary for these kinds of rival characters to appear, because thanks to Mei and Yuzu’s polar personalities, I don’t even think they could manage to get together on their own. So please Nina and Sara, work your side character magic, and drive Yuzu and Mei a little—hopefully a whole lot—closer together.

Speaking of the new characters, many people seem to believe that there will be more love triangles to follow. That would make 3, them being:

Well, the last one might be a bit different, but I agree that I’d rather see Mei x Yuzu alone than in any kind of love triangle with other characters. However, is that really that big of a problem?

Personally, I don’t think so. It’s like I said above, we need these characters for Yuzu and Mei to get closer together, but I also agree that certain patterns shouldn’t be used that repeatedly.

Speaking of repeating patterns, this scene was extremely stupid…

… and yet it lead to something like this again, so I shouldn’t complain.

Still, and please note that this is nothing more than my own opinion, I personally believe that judging this manga too harshly is probably the main problem our fanbase has with Citrus. In most cases, if you find something stupid, just drop it and never touch it again. In Citrus‘ case, people constantly say that they’ll drop it, but they never do and always come back just to tell everyone how much they still hate it. This is a problem I’ve only once encountered, and I honestly don’t get it. Maybe some people are just too annoyed with all the fangirls and thus end up coming back to this manga over and over again, just to be disappointed by the story again. I seriously can’t find another explanation, though maybe you guys can help me out.

In the end, what one of my friends said about Citrus probably comes closest to what I think is really true. She said that Citrus simply has a lot of wasted potential, and I agree on that. Saburouta seemingly tries to stay on the safe side, using the same old patterns and avoids trying anything new. But even if this is true, what’s making things worse is the fact that many of us, me included, have expectations that are way too high for this manga. That simply ruins what a yuri manga like this should actually bring us, and that is, as plain and stupid as it sounds, excitement and joy. In my case, even after knowing the potential flaws of Citrus, I can still enjoy it. And even if another love triangle or anything like this follows in future story arcs, I’ll still be a little fangirl.

Finally, and this is going to be my last statement, even if you hate Citrus and think it’s garbage, look at it this way: Thanks to this very Manga, our community grew a whole lot. How often did I read that people stumbled upon this genre all thanks to Citrus?

As bad as you might think it is, it still has a very positive effect on our fanbase, attracting more and more people, which is always a good thing. 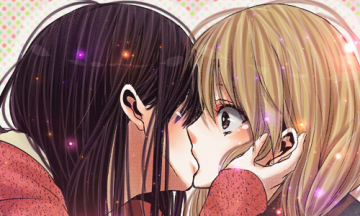 67 thoughts on “Let’s Talk About Citrus”