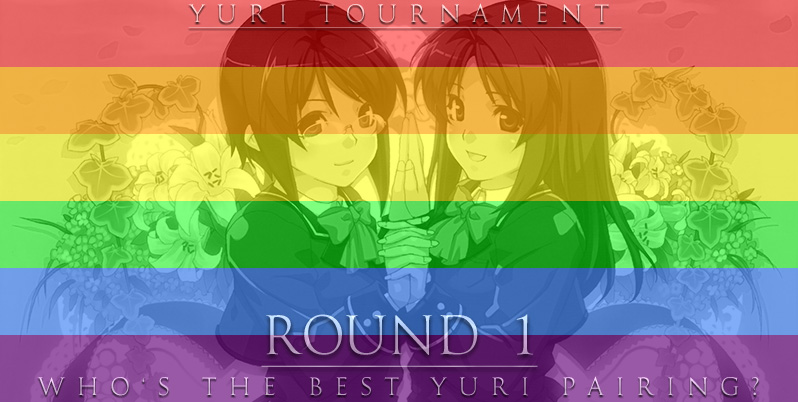 After one week, we have received loads of suggestions for the missing few pairings, so thanks a lot for the great help, guys!

As mentioned in Round 0, this tournament will consist of 6 more rounds, leaving us with 3 pairings in the final round. Just like in our last tournament, you’ll be able to choose between 2 pairings, reducing the number of participating pairings by half each round. We yet again went with a mostly random set up, but spiced things up in some specific cases. You will see what I mean after viewing the tournament bracket right here.

Before moving on to the actual poll, we’ll name the six additional pairings that made it to the tournament, thanks to your suggestions:

Since we have now added 6 pairings, instead of only 5 like we said we would, one pairing from our initial list had to move and make room for a new one. That’s why we decided to replace one pairing we thought would get few votes, Akagi x Fubuki [Kantai Collection].

With that said, let’s move on to the tournament. Have fun!

37 thoughts on “Who’s The Best Yuri Pairing? – Yuri Tournament: Round 1”