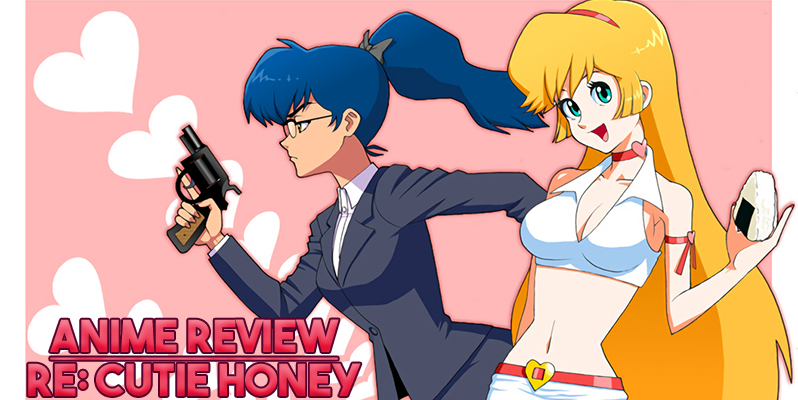 Chief Director Hideaki Anno (Neon Genesis Evangelion) brings us this OAV based on the 2004 live-action Cutie Honey film, which in turn was based on the 1970s manga written and illustrated by Go Nagai. An action-comedy magical girl anime with a few twists, Re: Cutie Honey takes a more naked approach to Nagai’s classic heroine story, and also ups the yuri quotient as well.

The summary of the plot is as cheesy as it gets: A mysterious organization named Panther Claw is terrorizing Tokyo until the warrior of love, Cutie Honey, arrives on the scene to end their reign of terror. After dispatching lower-level forces, Cutie Honey is drawn into battling the stronger minions of Panther Claw and protecting the populace, all while learning of Panther Claw’s true intentions and coming to grips with her past.

If that sounds corny and clichéd, it’s because it is. But keep in mind that this is loosely based on Nagai-san’s work from the 70s, so it’s really not that bad in the grand scheme of things. Each of the three episodes has a separate director, and it’s noticeable due to the slight change in tone from one episode to the next. The first is more wild and comedic, no doubt playing to the strengths of director Hiroyuki Imaishi (Tengen Toppa Gurren Lagann, Panty & Stocking with Garterbelt, Kill la Kill). The second episode feels more balanced, while the third brings with it more drama and introspection, courtesy of Masayuki (Evangelion 1.0, Evangelion 2.0, Evangelion 3.0). As a whole, the story isn’t going to win any awards for originality—as it’s a basic premise that’s been done time and time again—but it’s presented in a way that feels fresher than it should (probably due to the crazy villains). That doesn’t mean it’s necessarily good, just acceptable enough to not ruin everything. 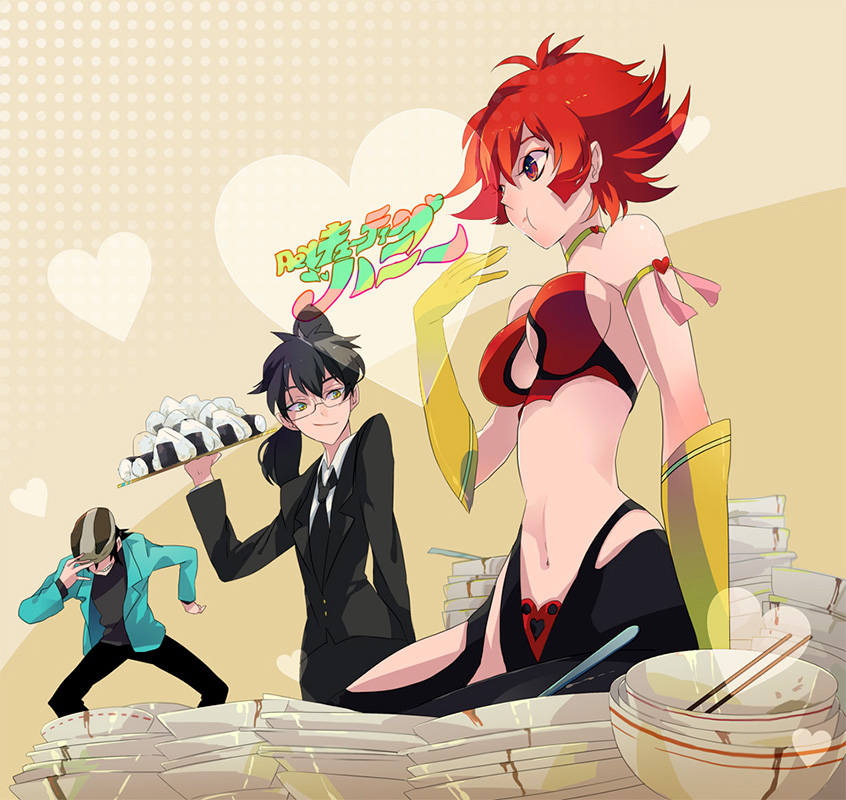 Even though Honey is supposed to be the star here, Natsuko is the one I felt stole the show. She’s just an ordinary inspector, but she’s also a badass who doesn’t take any guff from anyone, not even members of Panther Claw. On the other side of the spectrum is Honey Kisaragi. By day, she’s a ditzy office worker, but when Panther Claw starts running amok, she transforms into the crime-fighting vigilante Cutie Honey.

Even in her Cutie Honey form, Honey has a happy-go-lucky attitude that clashes with Natsuko’s serious demeanor in an odd couple sort of way. She’s undoubtedly cute and sexy, but not having a strong personality like Natsuko has limits her appeal in my book.

The third wheel in all of this is Seiji, a supposed reporter who conveniently finds himself around all the action surrounding Honey. Aside from his suspicious doings, he’s just your stereotypical perverted male that assists the two ladies when they’re in a pinch. He adds to the fun, and like Natsuko, has a caring softer side that comes out from time to time. As far as the important human characters go, that’s basically it. But that allows more time for Honey & Natsuko to grace the screen, so I think it’s a plus. Panther Claw has its fair share of colorful characters, too. They’re outrageous and fit in perfectly with the mood of the anime. Well, I wasn’t too fond of the main baddie, but the other four major villains were bursting with character and picked up the slack, I felt.

I’d be remiss if I didn’t mention an appearance from anime’s all-time most ecchi duo, Penis-Man and Balls-Man. No, I’m not kidding. They’re actually mock heroes who make a brief appearance during Natsuko’s visit to Comiket. Talk about a perfect Halloween costume, amirite? Anyway, both Honey and Natsuko are mostly two-dimensional characters, but they’re engaging enough to overcome that and become a pretty nice one-two punch.

The original Cutie Honey first started airing in 1973, so it’s no surprise that thirty-one years later, Re: Cutie Honey has stuck to its roots and kept the Honey character design largely unchanged from its earlier incarnations. This contributes to a retro look that probably won’t be everyone’s cup of tea. Just by looking at it, you probably wouldn’t guess that Re: Cutie Honey is 11 years old, but thanks to some Gainax magic, it’s been given somewhat of a visual overhaul. It’s easy to see that fanservice is plentiful here. Numerous nipples (both human and otherwise) come out to play, and Honey herself has too many wardrobe malfunctions to count. Some may turn up their noses at the thought of fanservice, but here, it’s entertaining (to me, at least) nevertheless. Overall, the frantic animation style, eyepopping colors, and over-the-top action scenes do a decent job of modernizing the classic aesthetic that R:CH holds dear.

Much like the visuals, the music also continues the old-school theme and is, in my opinion, one of the most consistent aspects of the series. The fun, playful vibe permeates into the music and results in a soundtrack that feels like a lighthearted throwback to times past. Given the franchise’s lineage, it’s actually quite fitting. The more serious moments are accompanied with music that’s not bad either, so all in all, audio is a category in which Re: Cutie Honey does quite well.

It takes a while for Honey and Natsuko to develop a positive relationship, but once they do, it’s undeniable that they’re quite the duo. The old adage “opposites attract” holds true in this case. Subtext is mostly what’s on the yuri docket, but Honey and Natsuko do eventually lock lips (and even share a naked embrace), so that’s a major coup for us. Both of those scenes definitely could have had more romance than what they had, but they were still sweet moments that provided some much needed physical contact between the two, even if it was fleeting. Compared to past Cutie Honey iterations, the yuri between Honey and Natsuko is more apparent, making this the de facto Cutie Honey story for yuri fans.

It’s a campy effort that throws logic out the window in favor of entertainment, but that’s what makes Re: Cutie Honey so much fun. The animation style is unlikely to please everyone, the story surely isn’t going to amaze anyone, and the yuri could’ve been far greater, but for simple amusement, this is an enjoyable diversion. 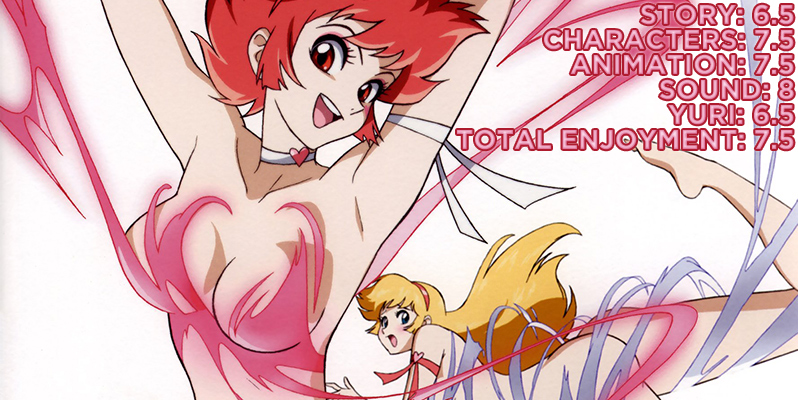