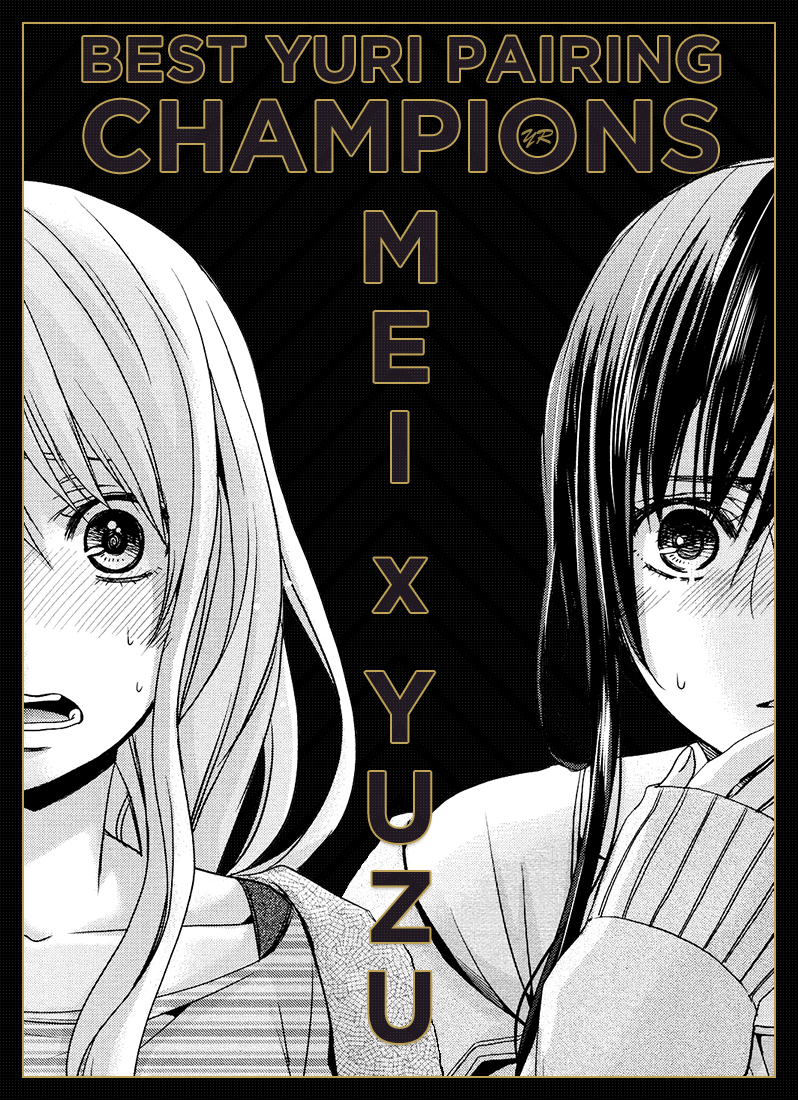 Yet again, after months of voting, our tournament has come to an end. As expected by many of you, MeixYuzu managed to make it to the very top, once again. I guess this really proves that 2015 is yet again the year of Citrus, which has probably become the most popular Yuri Manga of all-time.

To show you how much the two of them beat the other pairs by, here’s the final Tournament Bracket, as well as a little diagram to show you the total amount of votes your favorite pairing got:

Just like last time, we’d like to celebrate their great victory, so we decided to yet again implement another header on the blog:

We’ll keep this one until the end of the year~

With that said, I can only repeat what I mentioned so many times already: The popularity of Citrus is still a mystery to me. I understand why it’s popular, but the popularity of this manga reaches an extent that has been almost impossible to reach for any of the past yuri manga.

I’m not complaining about this in the slightest. As many of you know, I’m a die-hard Citrus fan myself, and thanks this development, we’re closer to a Citrus anime then we’ve ever been.

So, yeah. Keep it up, guys. Chances are good we’ll actually get what we want very soon~

Yet again, congratulations to the winning pairing. You deserve it!