Added to this glory was not only one of the most hyped and anticipated full yuri shows of the whole year [Yuri Kuma Arashi], but also my personal highlight, Kantai Collection. In terms of yuri, both of these shows are reason enough to make this anime season not only the most yuri-packed season of the whole year, but probably also the most exciting one~

Yeah, we were all pretty excited. Even Kaga.

Though, as exciting as this first season already was, what followed managed to almost hold us at an equal level of excitement. Not only did Kyoto Animation serve queer-baiting at its finest with Hibike Euphonium‘s numerous yuri “love confessions”, we also got another season of NanoFate, as well as top-notch yuri delusions in Mikagura Gakuen Kumikyoku. On top of all that, Hello!! Kiniro Mosaic gave us yet another reason to love adorable girls who adore other girls. Yes, this season was pretty generous.

So now, after recollecting the most important key points in terms of Yuri Anime, we could do the same with Yuri Manga, but I think I might never be able to get done with this. So how about we simply continue with what we think made this year as awesome as it was.

Let’s start right where we left off and name some Manga highlights first.

Just like last year, Citrus managed to get even bigger than it already was, earning itself its own Drama CD, as well as an appearance in the new Yuru Yuri season. As Saburouta herself stated on her Twitter, she now wants to go even further and is thus looking for an anime studio willing to help her get Citrus its own anime adaptation. Well, I don’t think I even have to tell you guys how happy and excited this news got me, so I’ll just stop right here before some people get too angry with me for talking too much about Citrus. 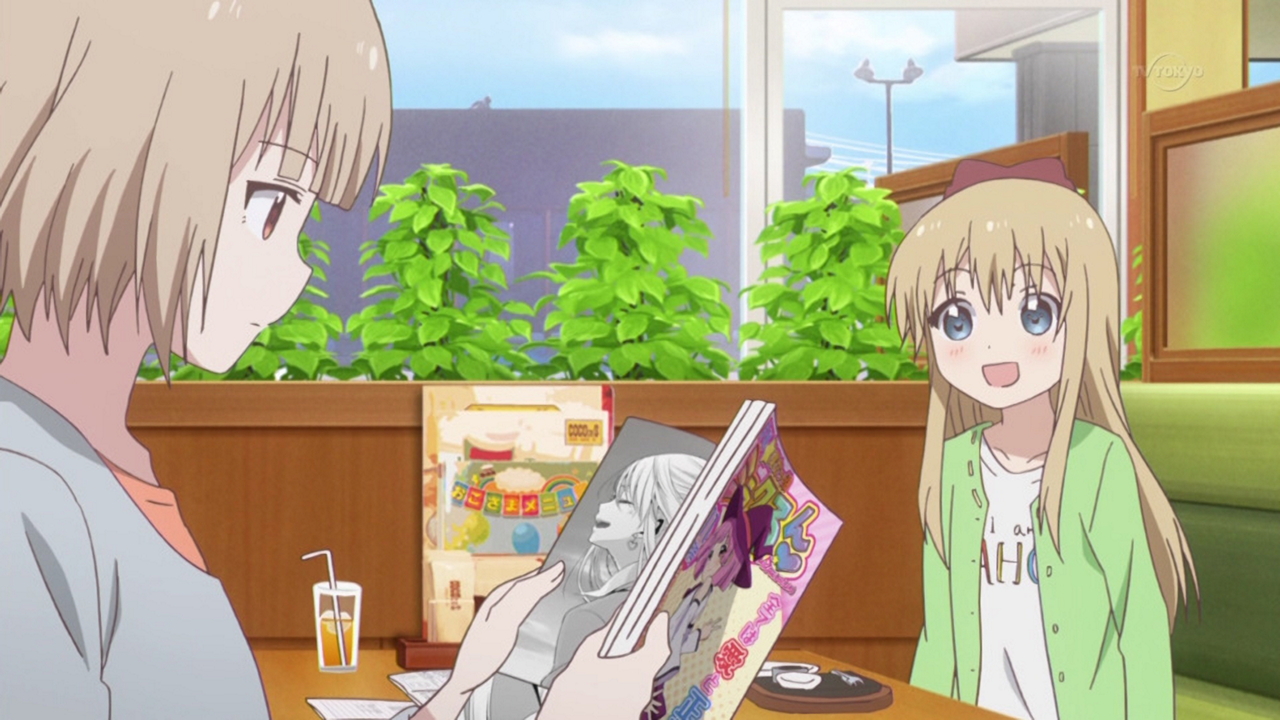 I will never forget that scene~

Though, we yet again should name one more thing – or should I say two things. Not only did Citrus manage to win our Best Yuri Pairing Tournament, Yuzu also managed to win our very first Tournament in which we were looking for the Best Yuri Character. Now if that isn’t praiseworthy than I don’t know what is anymore! So yet again, congratulations Citrus! You’re doing amazing!

Other than Citrus, there are quite a few more Manga – or am I even allowed to call them that way – that managed to get A LOT of attention this year. I even dedicated my own little “Don’t Know What To Read Next” post to these types of Manga, since non-Japanese yuri works are so popular nowadays. It seriously makes me so happy to see so many different works from artists from basically all over the world popping up from out of nowhere, and I sure hope that this trend will hold up for a lot longer! Though, what I’m still missing is a German one 😉

As for Yuri Visual Novels, 2015 is like the year of English localizations. It’s not only Sono Hanabira that we can name here, there are seriously so many, and they all pretty much appeared from out of nowhere! So what should we all be waiting for? Well, how about Kindred Spirits on the Rooftop, Okujou no Yurirei-san, or how about freaking FLOWERS!!

And that’s not even all! It’s absolutely crazy, and I love it! Click here, if you wanna know more.

Last but not least, let’s also talk about my Anime Highlights of this year. As already mentioned, this year was packed with yuri, different kinds even! You could basically decide between the Symbolism Overload Anime that causes your brain to melt down [Yuri Kuma Arashi] or go in a completely different direction and just shut off your brain completely while enjoying gigantic boob monsters making out [Valkyrie Drive].

As for my favorite, it’s somewhere in the middle, and probably something that not many of you expect anyone to really view as their favorite yuri show of this year. Well, it wasn’t as controversial as Yuri Kuma or Valkyrie Drive, and was rather overshadowed by these two.

So yeah, my favorite show of 2015 is Kantai Collection. What a shock, right? As a die-hard Akaga shipper, as well as fleetgirl collector and awesome Admiral, I just can’t help loving this show with all my heart. Especially the fact that they really implemented as much yuri as they did, makes this show a HUGE success, and I can’t wait for the following movie (and hopefully Season 2) in 2016~

As awesome as Yuri Kuma and Valkyrie are, they simply can’t compete with all my favorite yuri ships.

All in all, it’s been another great year for us yuri fans. Maybe even a better year than 2015, considering all the awesome anime releases, as well as the numerous VN localization announcements that happened throughout the whole year.

But what do you think, or more precisely, how would you rate 2015? Is there anything you’re especially happy about or simply something you’d view as your personal highlight of this year?