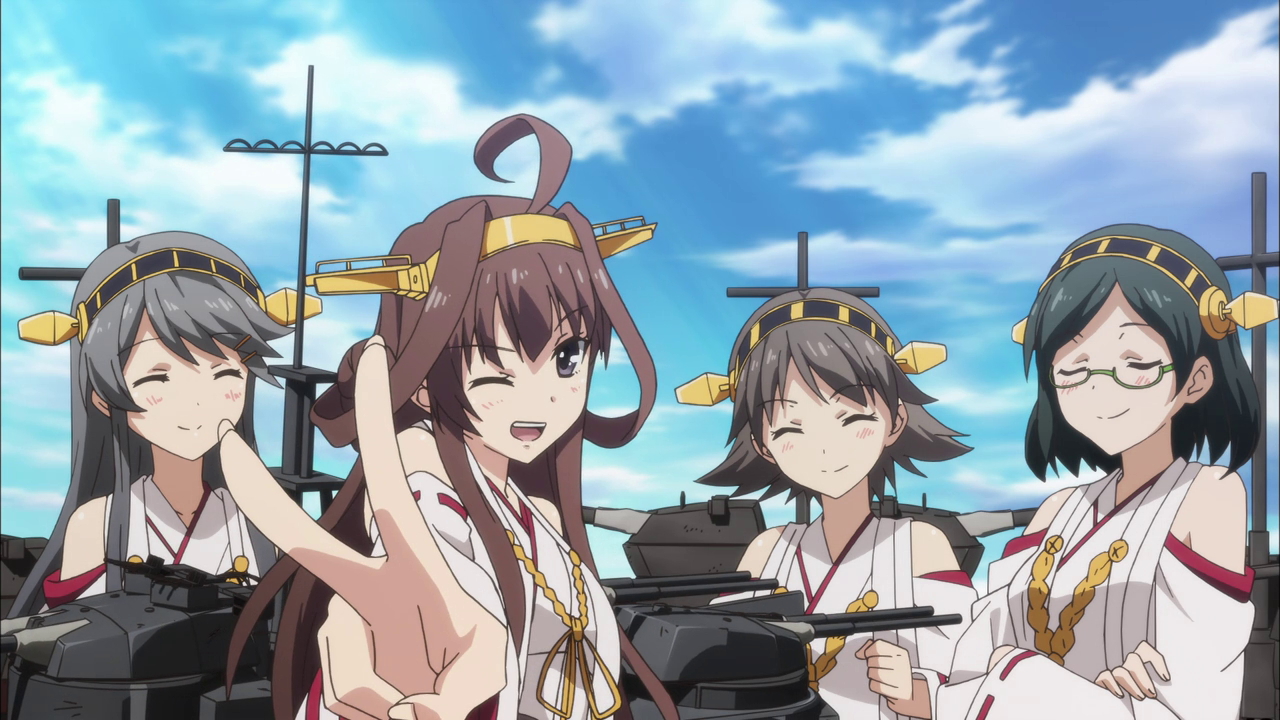 Can we really say that this is a non-Yuri Anime? Well, not really. But then again, is this a Yuri show? Nope, it’s not. So what is it then? It’s a show with heavy Yuri subtext. So even if it’s not exactly a non-Yuri show, please let me just have my way this time, since I really, really wanna name this show in this list.

As my favorite show of the whole year, Kantai Collection is still definitely not a show for everyone. Many Yuri fans didn’t recognize the show as one with a high Yuri potential, and thus never even touched it. Though, we know better now. So after having watched the show, we’re left with a handful of absolutely amazing new Yuri pairings. Other than Ooi x Kitakami, they might not be canon, but I couldn’t care less, since in my eyes, pairings like Akagi x Kaga or Nagato x Mutsu are already perfect, even if they don’t obviously point out their relationship to us.

Just like last year, Citrus just has to win this one again. We can’t do anything about it, really. They won the award for the Best Yuri Pairing in November, as well as the award for the Best Yuri Character in summer that Yuzu easily managed to win. So is there really any other manga capable of coming even close to being able to compete with the popularity this manga has gained right now? No, there is not. 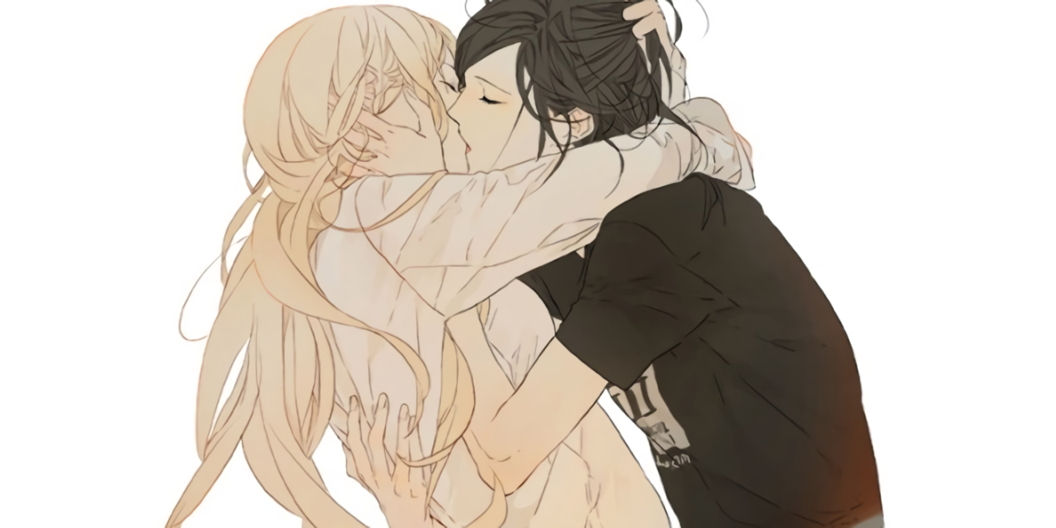 Despite the fact that you guys voted for someone completely different in our tournament to decide the Best Yuri Character, I just can’t help but want to name someone else this year. Sun Jing is both cool, yet totally adorable at times, which is a deadly combination for me. No wonder her crush fell in love with her so easily. Seriously, I think she’d make one of the most caring, fun, and adorably cool girlfriends ever. I sure hope Their Story will go on forever~ 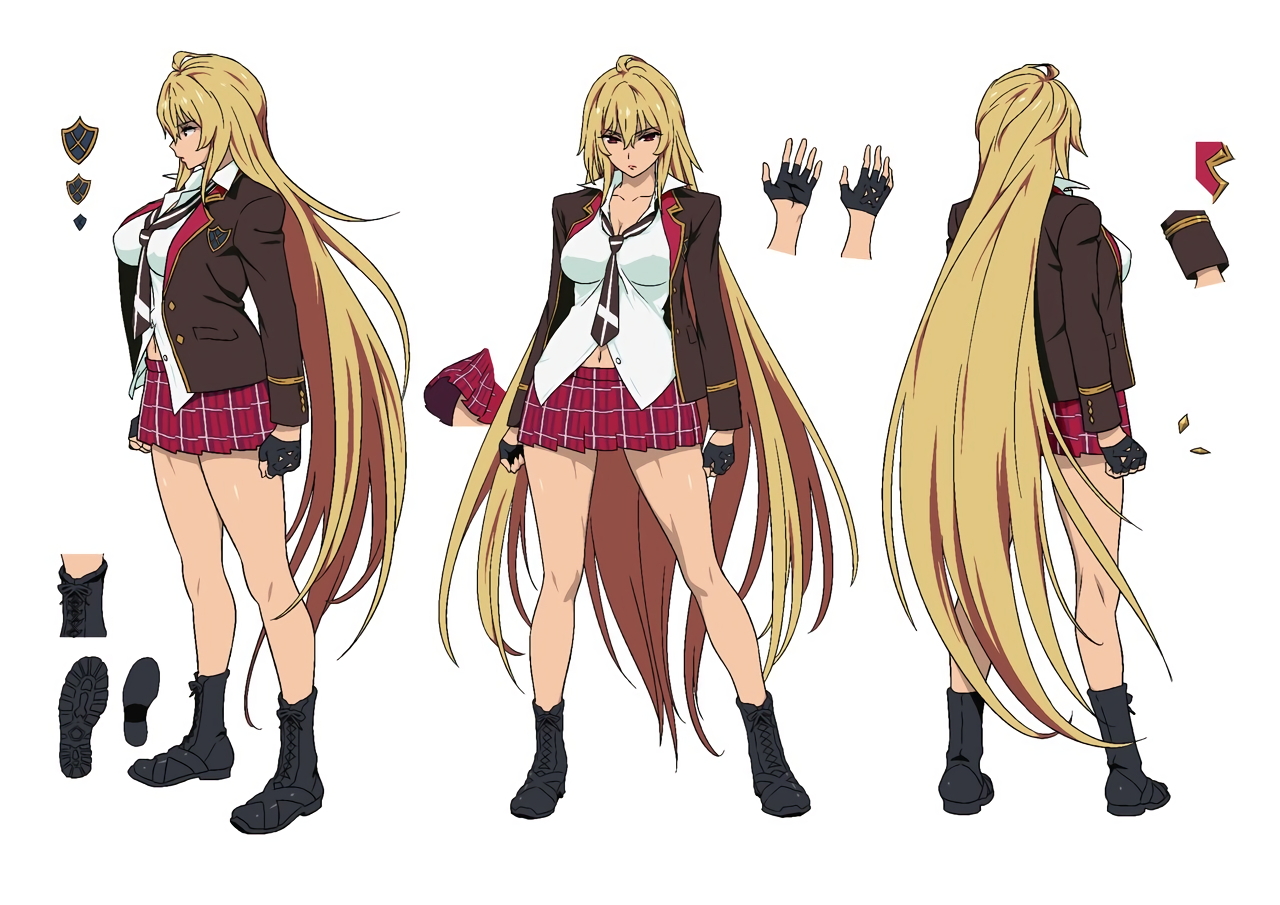 Don’t judge me, but ever since I first laid eyes on her, I’ve been crazy about her. The fact that she didn’t talk much, the fact that she so easily decided to protect a stranger, the fact that she has such a sexy voice… it’s all making me weak in the knees. If we now add in the fact that she’s also gorgeous (with some slightly over-sized boobs), she makes great girlfriend material, even though I’d usually prefer people talking to me instead of keeping quiet for the whole time. Though, as we witnessed, she seemed to slowly warm up to Mamori, always talking a little more until the last episode. I like that about her too. What a surprise~ 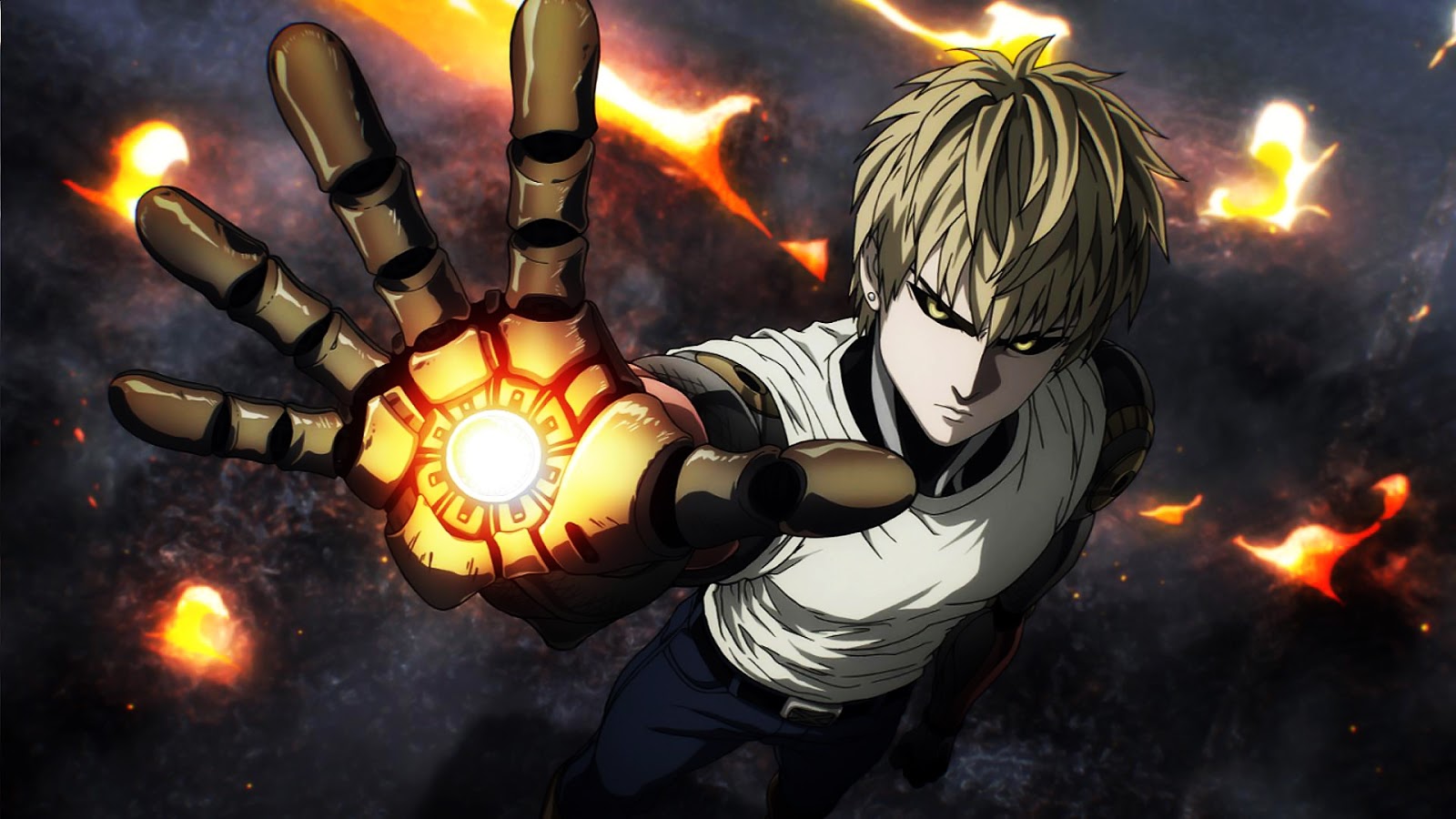 For me, the current anime season didn’t seem to feature any good shows, other than the three yuri and yuri-ish shows we’ve already talked about so much. But just because I often stumbled over Saitama’s face on sites like 9gag and Twitter, I actually thought about giving this show a try, and I didn’t regret it one bit.

I’m in love with this amazing show, but despite the great humor, the awesome fighting scenes, or Saitama’s unparalleled bored face; the one thing I like the most about this anime is definitely Genos. He’s amazing in many ways, and probably the most badass character in the entire show—if we actually disregard Saitama, that is. He’s not the strongest, but his moves are amazing, and he’s probably the greatest hero of them all.

I have to confess something. I still haven’t played the game…. Don’t judge, I just didn’t have the time, and I don’t want stuff like the urge to study or any other annoying feeling such as this one getting in the way of enjoying this visual novel. But still, even if I haven’t played it yet, the visual novel that needs to be listed here is none other than Sono Hanabira – Remembering How We Met. There is simply no way I could go with anything else, since the mere fact that we now have an official English translation of this is absolutely amazing~

I don’t think I actually have to explain why this is the best opening of the whole year. I mean, just listen to it. It’s so catchy~ 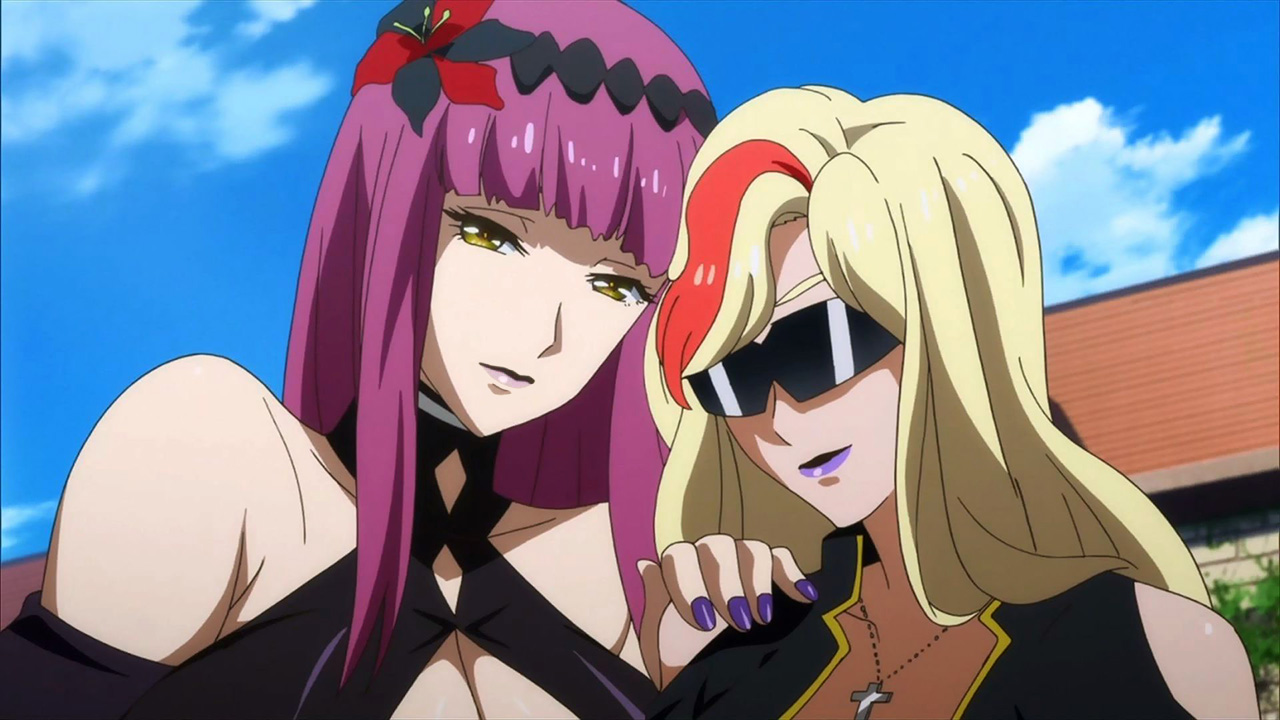 I bet you didn’t see that coming. Me neither, actually. I thought very long about which pairing to pick, and then it came to me. I couldn’t got with Kureha x Ginko, since it just wouldn’t feel right, and I also couldn’t go with Mirei x Mamori, since I often felt like Mamori was a pain in the ass. So who is left, really? I can neither go with Akaga, nor Kumiko x Reina, since none of them is canon. Yuru Yuri characters won’t work either….

Long story short, it was hard to decide, but I think I did the right thing by going with these two. For one, these two ladies seem to have a bond strong enough to get them to Drive from pretty much just thinking about each other. That’s pretty nice, if you ask me. And then again, these two just match perfectly, don’t you think? I always squealed a little when they appeared on screen, hoping for some chu-chu time to happen, which usually followed~ 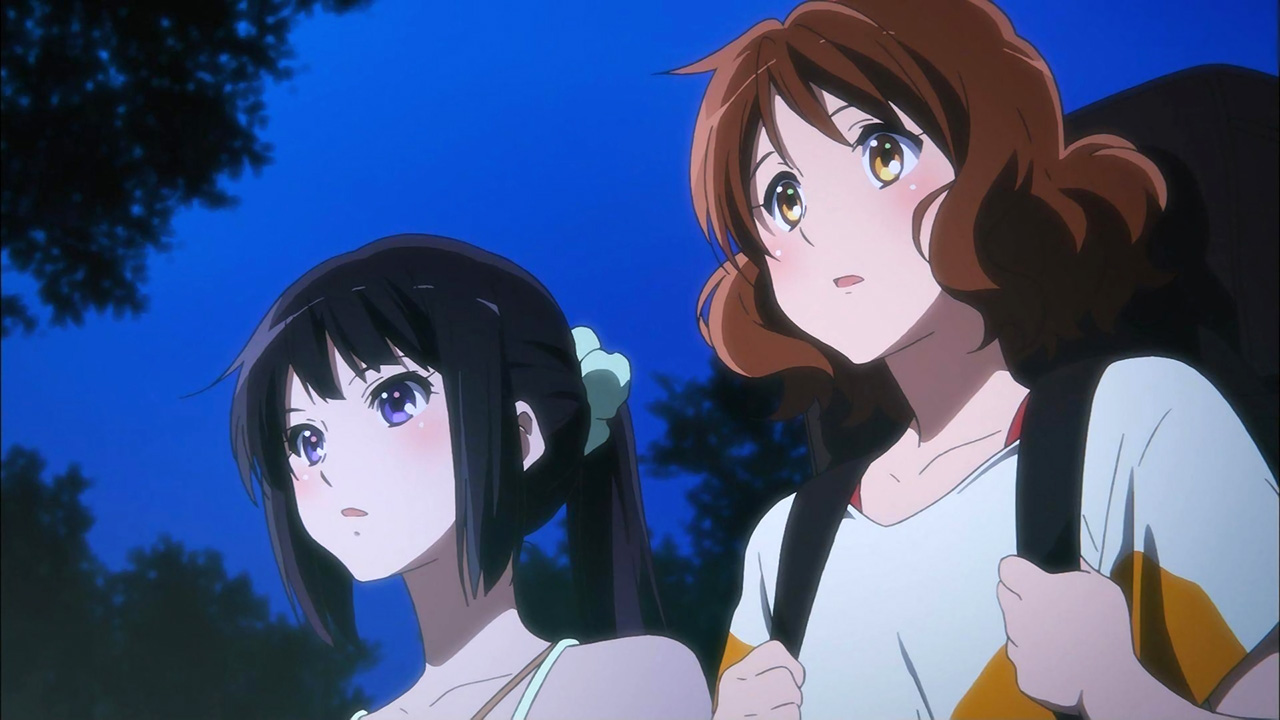 Unfortunately, I still have to list them as an unofficial, or subtext, pairing, and I believe that even a second season won’t change much about it. In fact, most of us seem to already be sensing that something horrible will happen in the upcoming season. My yuri senses are tingling as well, and it worries me….

Well, anyway, this pairing managed to positively surprise a lot of us with the unexpectedly high and straightforward subtext we got between them. The simple expression “confession of love” will be burned into our memories, and I’m pretty sure it’s really hard to get it out any time soon, so let’s just all pray that Kyoto Animation will do the right thing and continue the Yuri story instead of letting it drift into oblivion….

So after hearing my personal highlights, it’s your turn to spill the beans. Which of this year’s shows, characters, manga, or games would you hand out awards to? Also, if you’re interested, check out my Yuri Awards of 2014.