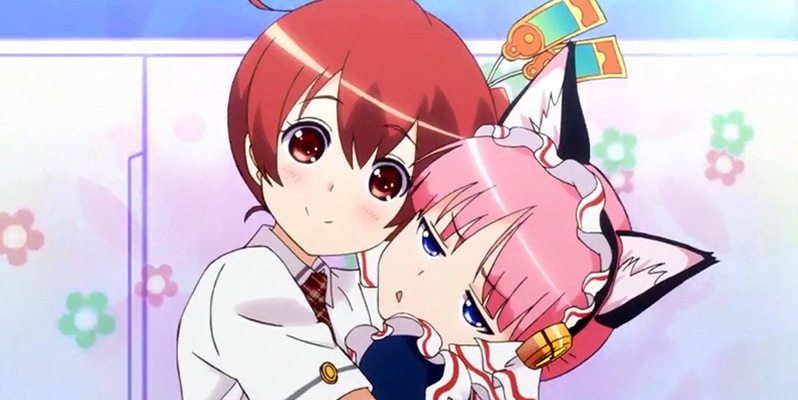 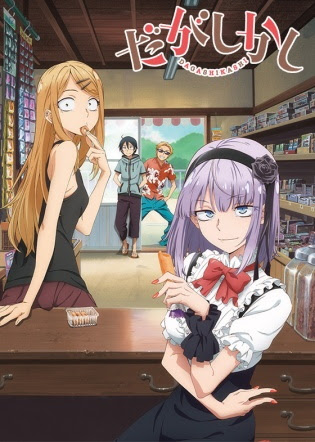 No Yuri in sight so far, but in exchange, we get awesome girl Hotaru, who’s not only the cutest character of the whole anime season, but also a little crazy, which makes her even more likable in my eyes.

So yeah, an anime with a cute girl with a cute voice obsessing over candy? I think we can all find something to like here, now can we? 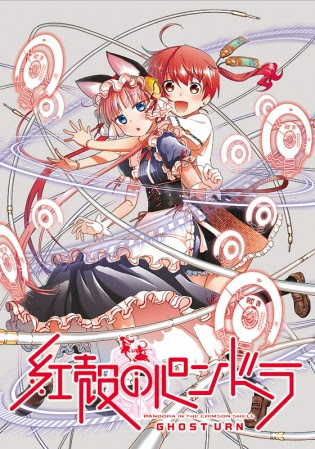 This is probably the show with the highest Yuri potential this season, and it sure goes all out during the first few episodes, showing how Nene is obsessing over her new “friend” Clarion. I can’t say that I have already hopped onto the hype train, but if things continue like this, I might as well hop on and see where it takes me. 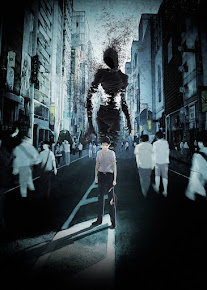 Ajin is a show that makes me question how much I actually like it. For starters, I’m really torn about how I feel about the animation style in this anime. On one hand, the CG does give this show a very distinct look that looks great at times, but on the other hand, characters look kind of awkward and like they’re lacking an artist’s personal style. Story-wise, Ajin seems pretty basic and straightforward, yet it’s still interesting and suspenseful, so I’m once again conflicted. Personally, I’m not that confident this will end up being much more than an average to slightly-above-average action show, but that may be entertaining enough for some people. I think it probably will be for me… unless it isn’t. 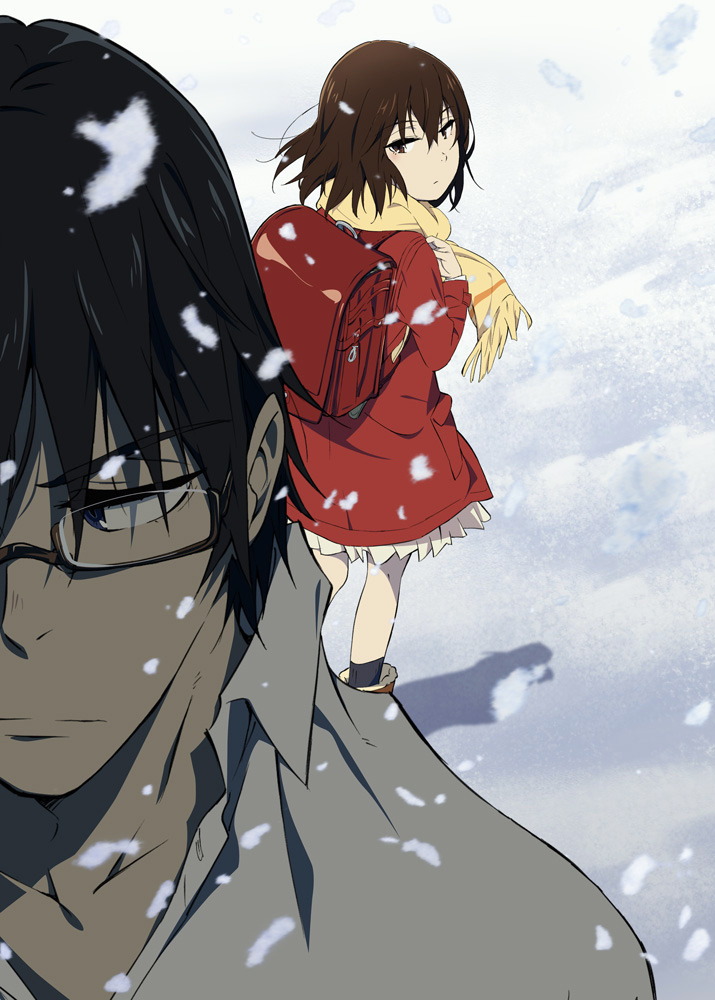 Before the winter anime season started, I didn’t think there was a whole lot to get excited about. There seemed to be a lot of uncertainty, a distinct lack of yuri-ish shows, and no one anime that really appeared to be a must-watch. This show definitely doesn’t scratch that yuri itch, but I think it comes the closest to being must-watch material.

Everyone knows that time travel is awesome, and Bokumachi uses it in a way that gives it a quiet intensity that many other shows this season are lacking. The drama is palpable and it looks like things are only going to get better, so I’m really excited to see how things play out with this one. 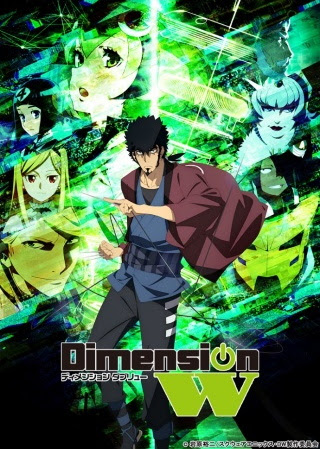 Not since Kekkai Sensen aired last spring have I watched a show that pushes as strong a sci-fi angle as Dimension W does. A lot of shows labeled as sci-fi don’t seem futuristic enough for my liking, but this one stars a badass antihero with a cute robot sidekick that hunt down illegal coils that are at the root of all sorts of mayhem.

Okay, the premise does sound kind of dumb, but so far, it’s one of my favorites from this season. 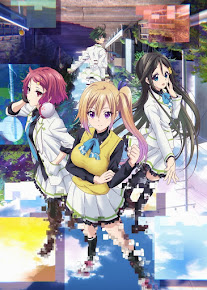 It’s not a real anime season unless it has a KyoAni show, and here’s this season’s version. Of course, it looks great—that’s a given considering KyoAni’s reputation—but the characters seem pretty interesting (the male lead is kinda meh), and it kind of reminds me of Kyoukai no Kanata. I’m enjoying the comedy, and even though the plot is a bit confusing, I think this is one of the more entertaining shows that I’m watching. 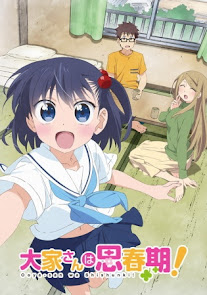 A lot of yuri fans probably recognize Minase Ruruu as the author of many yuri doujins, but she’s also been creating non-yuri works, and this (short) anime is based on one of those. This little slice of life show probably won’t make anyone forget about the doujins she’s created, but it’s still a decent addition to what else is airing this season.

As great as it is to see Ruruu-san break out and enjoy more success, it would have been even better if she had done it with the help of a yuri manga instead. Let’s hope that she hasn’t given up on yuri and will return to doing what she does best~ 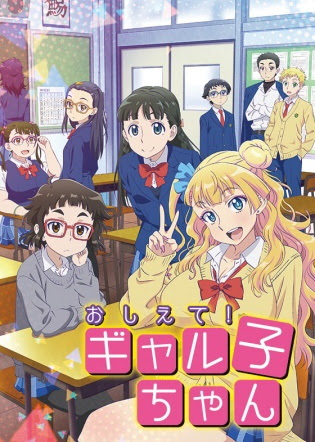 This is a short-form anime that, thus far, mostly revolves around the frank girl talk between the three main girls. It’s certainly not the deepest, most thought-provoking show on this list, seeing as it tackles hard-hitting topics such as tampons versus pads and the supposed link between eyebrow thickness and pubic hair thickness, but the girls have enough personality (Galko, mostly) and the episodes are short enough that things haven’t become mundane, as of yet.

It’s somewhat amusing and doesn’t require much of a time investment, so I’ll continue watching what else these three girls have to gossip about in future episodes. 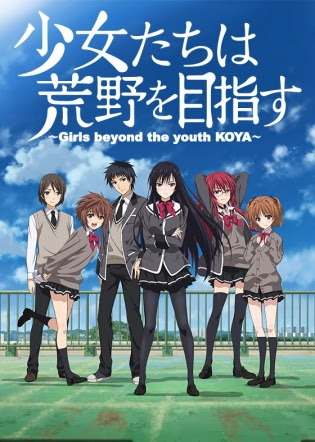 This is an anime about making visual novels that’s actually based on an upcoming visual novel. Even though I’m not a fan of visual novels, the description didn’t sound that bad, so I gave it a go anyway. So far, it’s just okay. There were a couple of mentions of yuri in the first episode, so I was somewhat optimistic that it might make an appearance in some form or fashion, but that hasn’t been the case as of yet.

Maybe Shokomeza will end up doing for visual novels what Shirobako did for anime, but I’m probably setting the bar too high. 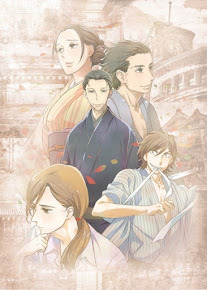 This isn’t the type of show I’d normally want to watch, but since the manga has either won or been nominated for many awards, I was hoping to see what the hype was about. Much to my surprise, I actually like it quite a bit. I’m sure a lot of people might consider it boring, and I can understand that. This is a character-driven anime about an almost forgotten Japanese art form where nothing incredibly exciting has happened yet. With such a heavy emphasis on the characters, and some interesting characters in place, I’m confident this will turn out well. 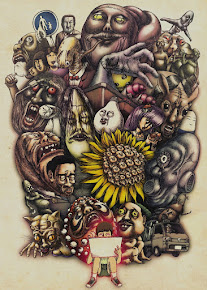 If you’re at all familiar with the previous two seasons of Yami Shibai, then you should know exactly what to expect with this here third season. If not, these anime shorts are basically retellings of Japanese urban legends and myths. There’s very little in the way of story, but these shorts do succeed in creating a creepy atmosphere that some people might enjoy. Much like the previous two seasons, the episodes are hit-or-miss, which is a major reason why I’m not yet sold that this will be any better than the mediocrity that’s come before. If you like anime that’s weird, spooky, and a bit cheesy, this fits the bill quite nicely.