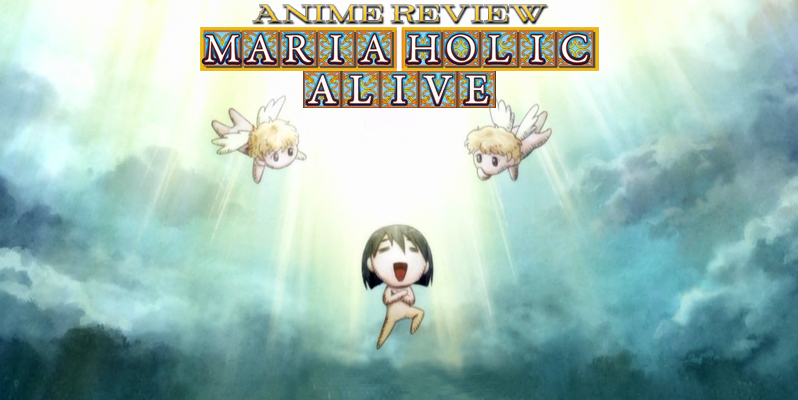 Since I left my review of the first season of Maria†Holic unscathed, I figured now’s as good a time as any to return to Ame no Kisaki Girls’ School to give the series another chance, this time with Maria†Holic Alive. Did the creators do their homework and score higher with this one, or is a failing grade in order? Let’s find out~

In relation to the first season, there isn’t much that’s changed, story-wise. Kanako is still allergic to men, is searching for her one fated love, and is still the butt of the jokes, Mariya is still making Kanako’s life a living hell, and this series is still as random as ever. Watching this, I’m reminded of why I dislike some other Shaft anime, specifically the Monogatari series. 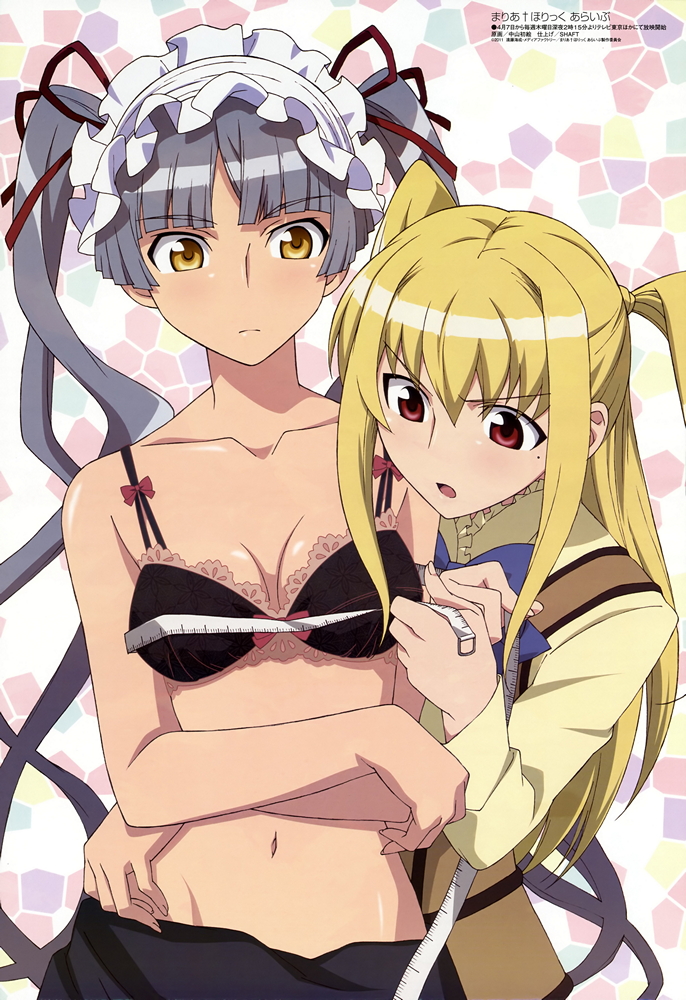 Everyone’s favorite delusional lesbian is back, but as mentioned up above, it’s not quite the glorious return we all hoped for. Somewhere, Mariya and Matsurika are laughing it up at the thought of stealing a little bit of Kanako’s thunder. Shockingly, I thought that Mariya was much more tolerable than in season one, and Matsurika did a good job of making the most of her screen time, but several of the other characters didn’t deliver as much as I’d hoped for. It seems like Shaft really dropped the ball in this regard.

Something else that stands out to me is that this series really lacks quality male characters. Sorry, Kanae, but I’m not a fan of yours at all. I already mentioned Mariya is somehow more bearable, but I still feel like punching him through the screen. Rindo was essentially dead weight, in my mind, and there’s also a 10-year-old boy who plays a big part in one of the episodes, and if he were a real person, I’d probably kick him in the head. I’m sounding like a terrible person right now, but I regret nothing. When Yonakuni-san is the series’ most likable male, you know there’s a problem. But this is still The Kanako Show, and even though I was left wanting more from her, she remains one of the more entertaining characters you’re likely to find in anime.

Just like its predecessor, what Maria†Holic Alive lacks in technical prowess, it makes up for with an art style that jumps off the screen and leaves an indelible impression. If it ain’t broke, don’t fix it, I guess. In an anime that you can say is lacking consistency, the visuals may be the most steady thing going for M†H.

Several tracks from the first season return, but thankfully, they’re among the best songs the series has to offer. Also of note are the OPs, which are nearly as memorable as season one’s. They’re both ridiculous, yet fit in well with the overall tone of the show. Like the animation, not too much has changed with this aspect of the anime. The first season sounded perfectly fine, so more of the same isn’t necessarily a bad thing.

It’s nothing new with this series, but practically the only yuri that takes place is in Kanako’s delusions, so the disappointment continues on. You’d think Shaft would want to appease us yuri fans a little bit, however, that doesn’t really happen. At least Kanako didn’t end up with Mariya, but it’s sad that the bar was that low to begin with. Alright, so Kanako didn’t find her one fated love. I can’t honestly say I ever expected that to happen, yet I was hoping that Yuzuru x Sachi might get a little love, but nothing of note really happens between them either. Having such a raging lesbian as the main character of this series really serves to get your hopes up, but at the end of the day, it never turns the corner and legitimately earns that yuri tag.

No matter how you look at it, Maria†Holic Alive doesn’t strive to be anything more than a simple continuation of the themes and gags found in season one. The problem is, I felt the novelty had already begun wearing off late in the first season, and I don’t think matters improved at all with this second season. If you enjoyed season one, chances are you might also like Alive, but like the original, it’s an acquired taste that likely won’t win over those who already detested the series. 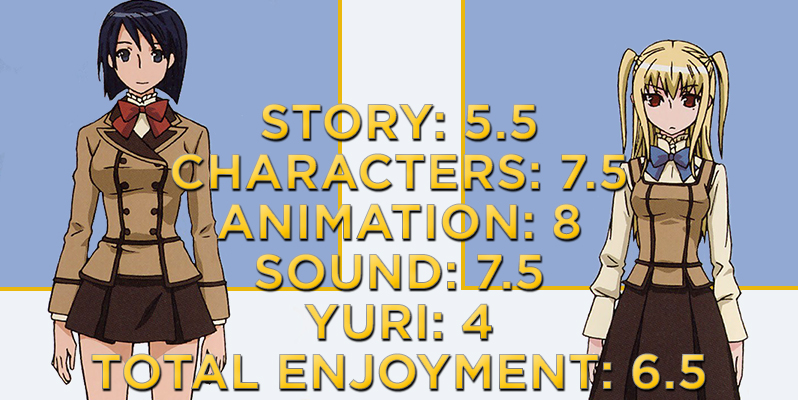