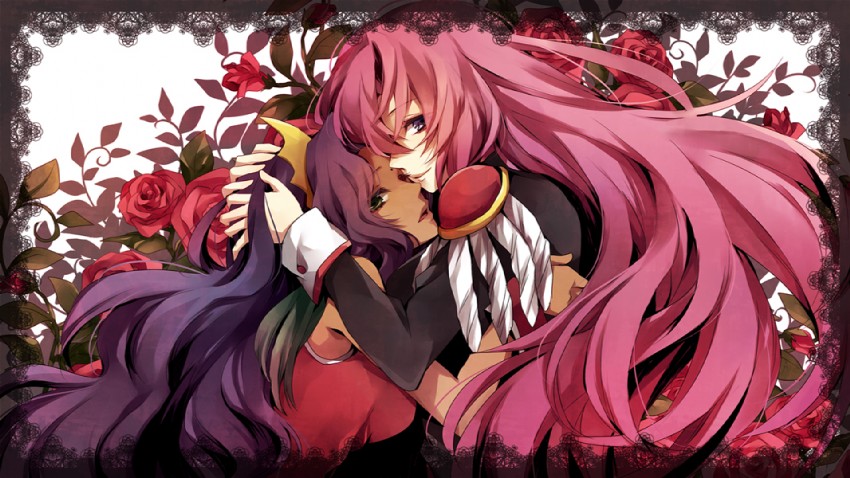 Revolutionary Girl Utena is probably one of the more beloved and well-known anime of all-time. Perhaps the same can be said regarding its yuri status, so I think it’s about time it gets some love from YR. A yuri blog without its Utena review starts to rust, so allow me to take care of that~

Taking place at the prestigious Ohtori Academy, we’re introduced to Utena Tenjou, a middle-schooler who has found her way to the academy and has taken on the mindset (and appearance) of a prince. After acquiring a ring with the mark of the rose, Utena is led to a rose garden where she meets the Rose Bride, Anthy Himemiya, and dons the Rose Signet, which qualifes her as a duelist and opens up the possibility of sparking a revolution that will change the world.

Granted, I haven’t seen the thirty-nine episode TV anime, but just reading its story synopsis is enough to let me know how different the story in this movie is with the core canon of the TV series. Considered a “loose retelling”, there seems to be much change involving the two, which is probably for the best, since it would be impossible to condense that many episodes into such a short amount of time. Anyway, Utena gets a lot of notoriety as being difficult to follow and fully understand, and that’s generally the case here. For the sake of trying not to spoil anything for anyone who hasn’t seen it, I’ll try not to elaborate on specific scenes too much—and also, it would probably be difficult to explain them. 😛

Directed by Kunihiko Ikuhara (Mawaru Penguindrum, Yuri Kuma Arashi), this movie is ripe for interpretation and narrative dissection. It’s not that there’s so much more absurdity going on than in your typical anime (besides the ending), it’s that there’s much more going on than meets the eye, and if you can’t see beyond the exterior, you’re going to miss out on what makes something like this special. I’d be lying if I said that I can truly interpret everything, but there are some interesting theories out there that don’t seem so crazy once you sit down and really start to think about them.

Symbolism and metaphors play a huge part in the movie, and there’s no such thing as reading into something too much. In Ikuhara’s commentary of the film, having him explain his thought process in certain scenes really makes you see things in a different light. I’d recommend anyone who’s having trouble finding a deeper meaning at certain times in the movie to check that out, if you haven’t already. Sometimes, it’s just him getting an urge to try something different, which I imagine people could say about a lot of other situations in the movie. Other times, it’s small, ancillary details that don’t really play a major role in the story, but they contribute to the themes that are being presented. And then, there are major thematic decisions that run throughout the course of the movie. It’s these that really answer some burning questions and put the world into focus.

You get the sense that the world the movie takes place in is a lot more interesting than what gets shown, and it’s kind of disappointing that we didn’t get to explore other avenues more. Something that was shown that was more than what people would have liked to have seen is incest and rape. They’re important plot points that add an extra layer of tragedy to the story, but it’s never enjoyable when topics like that come up. Anthy’s and Utena’s stories intersect, but its Utena’s emotional rollercoaster of a journey that was the highlight of the story for me.

Something that just has to be mentioned is the final twenty minutes. Let’s just say that if you were taking everything literally up to this point, what happens will make you flip your table due to how ridiculous it is. Basically, it’s a Gainax Ending. An incredibly surreal Gainax Ending that comes out of nowhere and kicks you in the face, Chuck Norris-style. Alright, that’s enough talking about that. Let’s wrap things up.

In preparing for this review, I lost track of how many times I watched this in total, and even then, I wasn’t completely on-point. I can’t imagine someone “getting” everything in the first viewing, so subsequent viewings are pretty much required to better understand what’s really going on. The vagueness of the story can be considered an asset or a flaw, and since I prefer structure, I was a little disappointed that there weren’t more clear-cut answers. Considering all the hype that the franchise has garnered, I think it’s hard to actually live up to those expectations, so maybe I was just expecting a bit too much. Even though the story is equal parts interesting and confusing, it opens the door for interpretation and can represent many different things. That may not satisfy everyone, but I think the effort should still be commended.

Compared to an anime with dozens of episodes, there’s only so much time to work with here, and some characters don’t get nearly enough screen time for us to really understand who they are and what they’re about. Juri comes to mind as someone who was underutilized, since what’s made clear regarding her story is pretty interesting. Overall though, there aren’t a ton of characters that become especially important to the story, and an overwhelming majority of the focus revolves around Utena and Anthy.

For most of the movie, I was rather lukewarm with Anthy, just due to how she was so subservient and unwilling to defy her assigned role. It’s the exact opposite of Utena, and for lack of a better word, Utena seemed more human. Despite being the stereotypical female prince, in some ways, she is still fragile and very much still a young girl. I did like all the mystery surrounding Anthy, and I would have liked to have learned more about her, but that never really happened. As for the other characters, Touga and Saionji were both duelists, but they couldn’t be any more different. Touga appeared to be the consummate gentleman (for the most part), and Saionji… not so much. That said, he still came across better than Akio, whose greatest contribution was some much needed comic relief. Shiori provided something different, even though, like Juri, she too could’ve used a more prominent role. And Wakaba and Miki barely even saw the screen, so no big loss there. Something that I could have used was a more visible antagonist, but I suppose that Utena’s greatest enemies were her own thoughts and emotions, so I guess that’s ultimately not a very big deal. All in all, Utena and Anthy are the backbone of the movie, and for different reasons, they’re also the most interesting. More elaboration on various characters would have been nice, since I believe that’s the biggest gripe to be had with this cast.

While the story will either resonate with viewers or leave them scratching their heads, what can’t be debated is the fact that, artistically speaking, this movie is brilliant. Everywhere you look, visually-striking art creates a spectacle that won’t soon be forgotten. The architecture of Ohtori Academy (and the world as a whole) is particularly impressive and noteworthy. Taking a deeper look at things, you can possibly even derive some meaning that applies to the world from the design choices and architectural styles used therein. There’s just an overall level of effort involved in the art of this film that you so rarely seen in anime, film or otherwise. Making everything even more impressive is that this was released in 1999. Good art is timeless, and I think The Adolescence of Utena falls into that category, visually.

As impressive as the imagery in this movie was, I believe that the soundtrack is every bit as good. No matter the track, they all help to create memorable scenes that do a fine job of sticking with you. It’s kind of fitting that duels are a major part of the movie, since it’s almost as if the art and music teams behind it were dueling and constantly trying to one-up each other. As much as I enjoyed the uptempo tracks that really get your blood rushing like Rose is Rain, Naked Rose, and Decisive Battle, it’s the slower, more poignant ones that really hit the spot for me. Illusion, Abraxas, and The Sunlit Garden are definitely my favorites, and it’s probably no coincidence that the scenes that accompany these songs are among the most haunting in the film. I haven’t even mentioned the voice acting yet, but it’s fantastic as well. Utena’s seiyuu especially caught my eye ear, as the late Tomoko Kawakami delivered a great performance. Needless to say, I loved nearly everything about the audio, and from an overall production values standpoint, I think this has few peers. 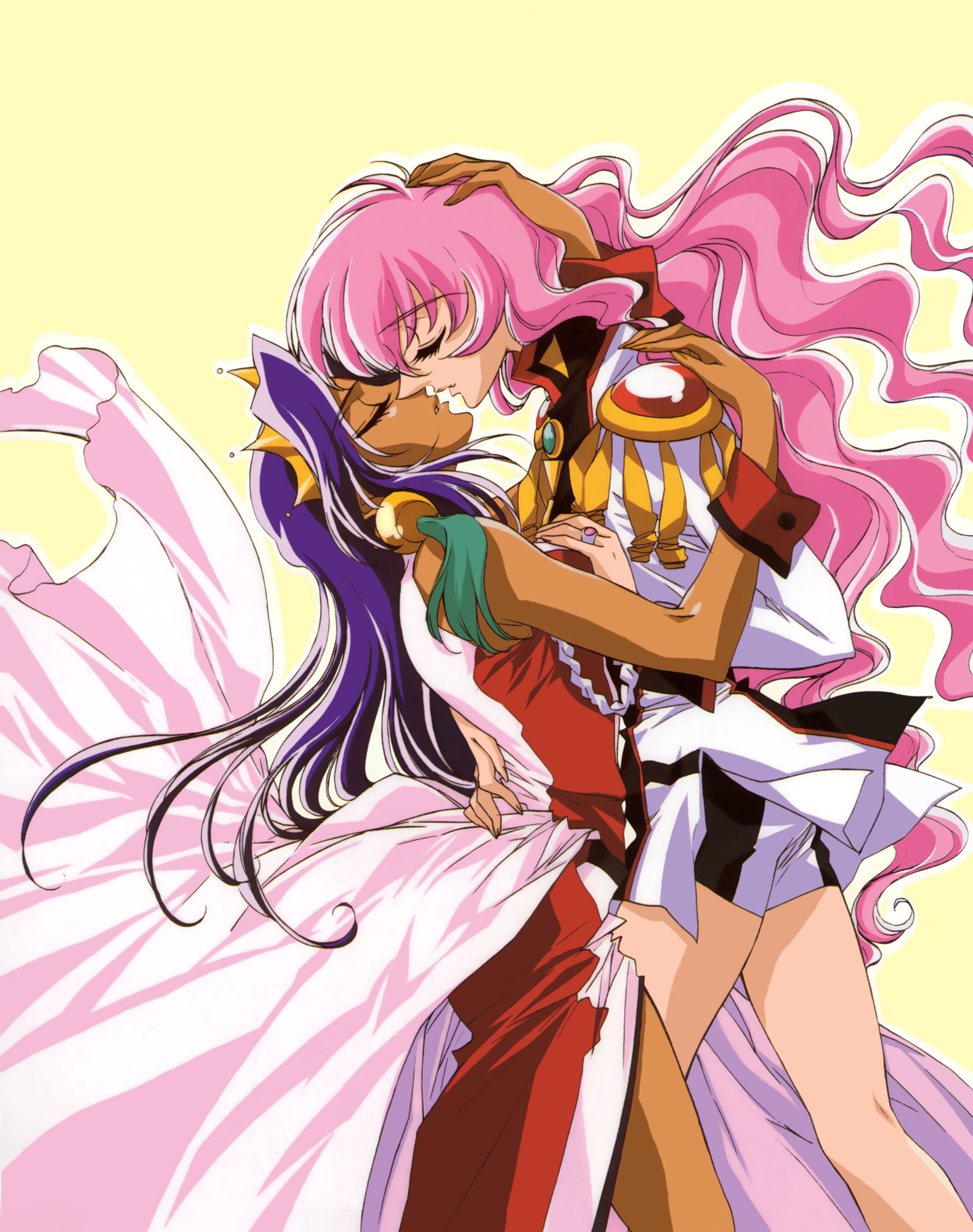 I feel as though the yuri content is something that could be a point of contention among viewers. On the one hand, the story revolves around Utena and Anthy, and through various circumstances, a relationship eventually develops, but on the other hand, there’s also Utena x Touga. Prior to my viewing of this movie, (other than some heavy symbolism) I had come to associate Utena with yuri content and knew little else about it, but much to my surprise, there’s also a het romance that plays a very major role. Well, the two relationships are handled very differently, but personally, I actually preferred Utena x Touga. Since I can already feel the intense glare of yuri fans the world over, let me explain.

First off, I’ve heard of people questioning the validity of the yuri in this, and I think I can kind of understand their point of view. When you have something as overt as the relationship between Utena and Touga, Utena x Anthy seems far more subtle in comparison. I’d say that what really seems to be lacking between the two leading ladies is romance. While the dance scene under the stars was very nice, just 2 or 3 minutes earlier, Utena was tearfully blaming Anthy for what’s happened between her and Touga, so I just find much more emotional resonance involved in that relationship. Now, one relationship doesn’t have to exclude the other from existing, and while things become a bit more evident between Utena and Anthy after that dance scene, I was still honestly expecting more.

Seeing as how the mere presence of het turns away some yuri fans, it’s uncertain how people would react to what this movie has to offer. Yes, there’s most definitely some yuri content, but if anyone who’s not very familiar with Utena is expecting pure yuri or something close to it, then they have another thing coming.

In conclusion, I think people blindly going into this movie hoping to see an epic yuri love story will be disappointed. For all the genius involving the art and the music, how one interprets the story will likely be the deciding factor in how enjoyable this film is. Taken at face value, it can be viewed as a mishmash of incoherent madness, but under the surface, there’s an apparent method to that madness that could mean different things to different people. I imagine having seen the TV series would help those watching to better understand some elements, but I don’t feel it’s required in order to enjoy it. For me, watching The Adolescence of Utena has served to whet my appetite for watching the TV anime, and now I have an idea of what kind of chaos to expect~ 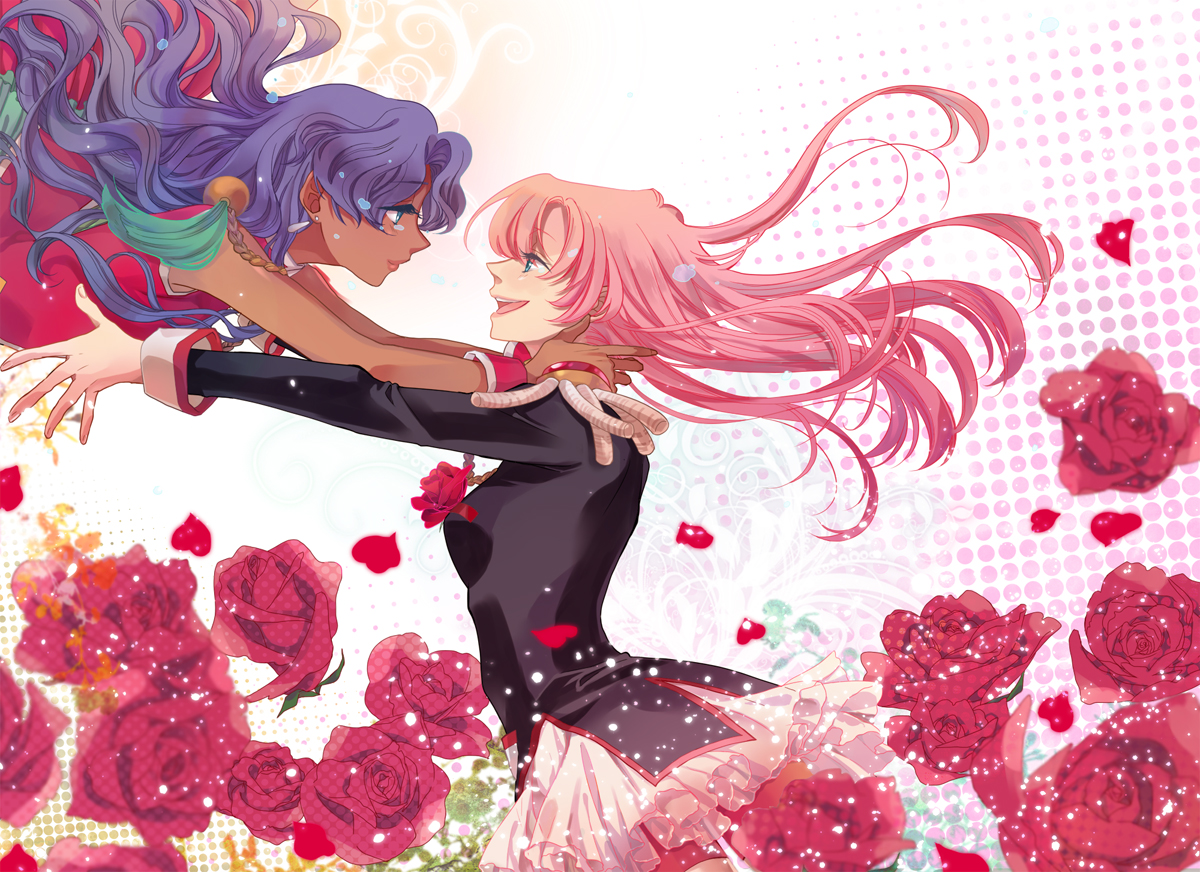