After three reviews, we’ve come to the last stop on this Yuru Yuri review marathon… for now. Until a fourth season hopefully comes around sometime in the near future, we’re left with perhaps the best installment in the series thus far….

Counting the two seasons and the pair of OVAs, this is now the fourth go-round, so even though not a lot has changed from before, the story seems like a refinement that works out better than the previous installments, in my opinion. We still have tons of random and entertaining scenarios to enjoy, but a few of the characters actually make some progress towards their relationship goals, so you could say that there’s a little steak to go with all the sizzle. The comedy is still very much the focus of the show, yet it’s nice that we had at least a few moments where those girls were a little less like over the top caricatures and more like humans with relatable emotions and desires.

But enough about all of that. Cute girls doing cute things is the name of the game, and I’d say that the show matches or exceeds some already high expecations in that regard. Whether it’s calm and cute or funny and frenetic, I believe there’s a great balance struck in San☆Hai! that appeals to any sort of slice of life fan. 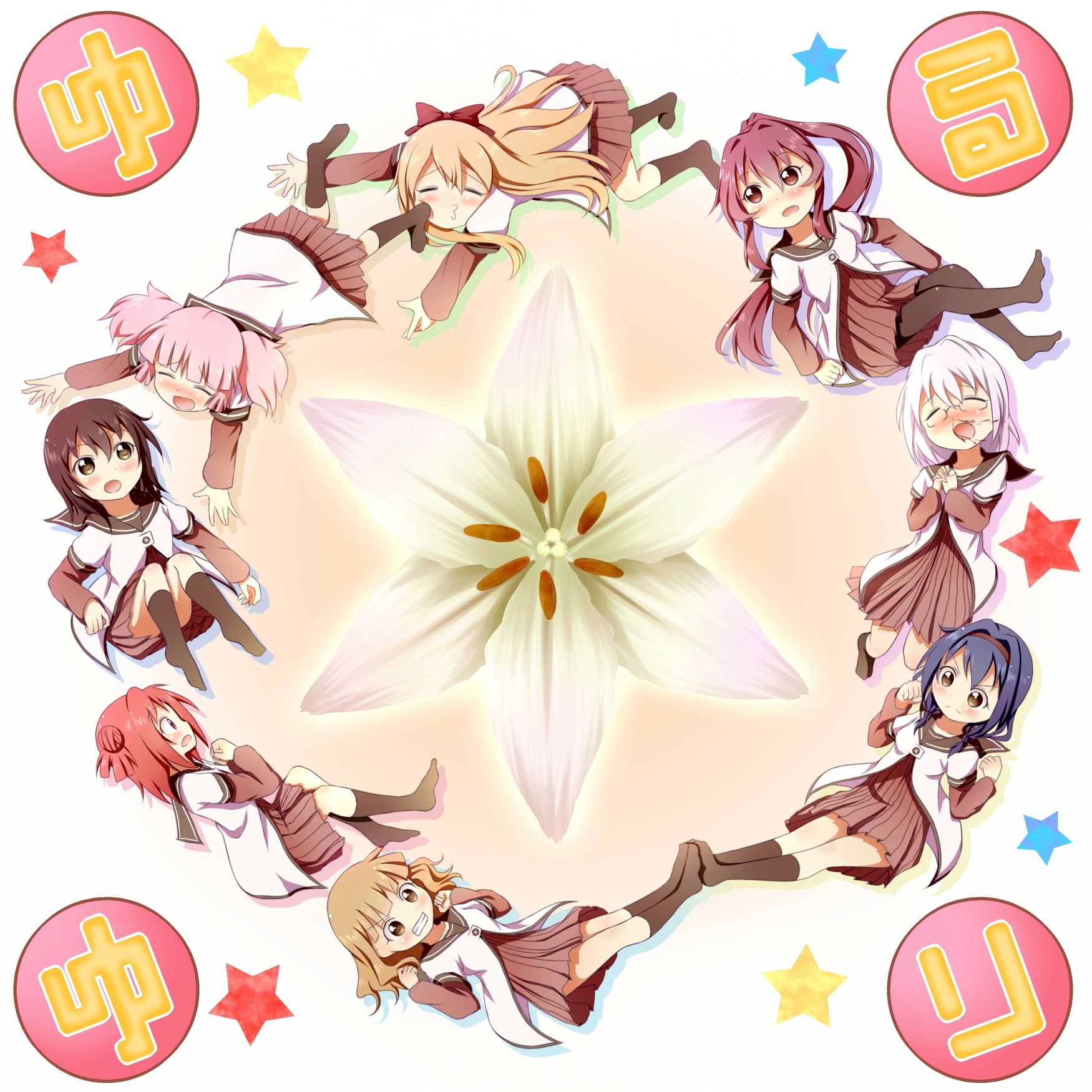 For all the minor issues I had with the previous installments in regard to the characters, San☆Hai! righted essentially all of the wrongs of before and delivered in a big way. There’s even a tiny bit of character development as well.

In this world, nothing can be said to be certain… except death, taxes, and TOSHINOU KYOUKO being awesome. All along the way, she’s been unquestionably great and has rocketed up my list of favorite characters in all of anime. I was slightly disappointed with how season two played out, but she was back and better than ever this season.

Likewise, in my review for the dual Nachuyachumi! OVAs, I complained about how uncharacteristically nice Sakurako was to everyone, but like clockwork, she’s gone back to being the same Sakurako we all know and love. I know I give Kyouko a lot of praise, but Sakurako deserves plenty as well. And since Sakurako is back to being a pain in the ass, Himawari is once again at her best, too. The volatility between them is must-see tv, and the series just wouldn’t be the same without their constant bickering. Their unique brand of affection may not be lovey dovey, yet it’s still undeniable.

So those two are closer than ever, and the same can definitely be said of Ayano x Kyouko. Moreso than at any point in the series, that pairing looked like it could be an actual, legitimate thing, so I obviously loved it. Seeing the two of them spend some quality time together was something that’s been a long time coming, which made it all the better. Ayano finally starting to act on her feelings was the highlight of the entire season for me, and you can’t help but be happy for her.

Speaking of being happy for someone, Chinatsu had a sleepover over at Yui’s, and she (shockingly) refrained from kissing her while Yui was asleep, so I’m definitely proud of her. Then again, she tried to forcefully kiss Akari again, so I guess I take that back. Regardless, she’s not only a great yuri character, but she’s a great character overall. Yui’s her usual steady self, and as the voice of reason, she’s a great compliment to everyone else. Yui doesn’t get that much attention, though, someone like her is definitely needed. Besides, Chinatsu has to provide us with more great yuri moments, so take one for the team, Yui-senpai! Akari was kind of an afterthought in the Nachuyachumi! OVAs, but thankfully, she’s back to being everyone’s favorite victim. Her only real yuri contributions involve Chinatsu—and aren’t consensual—yet they’re still some of the funnier scenes in the entire season, so I don’t mind at all.

Even Tomoko x Akane shippers had a moment to rejoice, so this season was truly the yuri gift that kept on giving. You throw in that Citrus reference, and it’s clear that we had it pretty damn good this season. Lastly, one thing that didn’t sit well with me was Chitose not going on another kissing rampage. It was hilarious before, so I would have liked to have seen it happen again, though I can understand why it’s wasn’t present. Still, she doesn’t have quite the impact that she’s had before, which is disappointing.

I probably rambled on and on there, but it’s kind of crazy how great this entire cast of characters is. The chemistry between them is near perfect, and if I weren’t against giving 10’s, I’d happily give them one here. Also, thanks to Ayano finally working up the courage to get closer to Kyouko, as well as more of Himawari & Sakurako’s rough love and Chinatsu’s usual yuri shenanigans, San☆Hai! reaches new yuri heights for the series. Even if there was no yuri at all, this would probably still be highly enjoyable, but with a little bit of seriousness added to the equation, this season was easily the most enjoyment I got from the franchise.

Now that my shell shock regarding the visuals has apparently worn off, it’s clear that it was much ado about nothing. The show looks as good as ever, despite not venturing to any particularly special locales like Nachuyachumi! did. And… that’s about all that’s left to say. It’s ultimately trivial to debate the two art styles, so let’s move on already.

By now, it’s incredibly hard to say something that I haven’t said about the audio already. Of the different criteria we use for these review scores, it has to be the least important, especially for a show like this. There are a few more tender moments strewn throughout this season, so naturally, the background music stands out a bit more, but for the most part, it’s not something that you notice too much. The OP and ED are about what you’d expect, so that’s really about all that needs to be said about the audio.

Personally, this is my favorite season of Yuru Yuri. The story feels a little more fleshed out, nearly all of the characters are on the top of their game, the comedy is as good as ever, and the yuri content is arguably the highest it’s been in the series.

If this ended up being the final season, then it’s nice that the girls were able to go out on a high note, and if there’s still more to come, it’s an encouraging sign that things could potentially get even better. Whatever the case may be, Yuru Yuri rightly remains the gold standard by which all yuri-ish slice of life anime are judged, and I doubt that will be changing anytime soon~