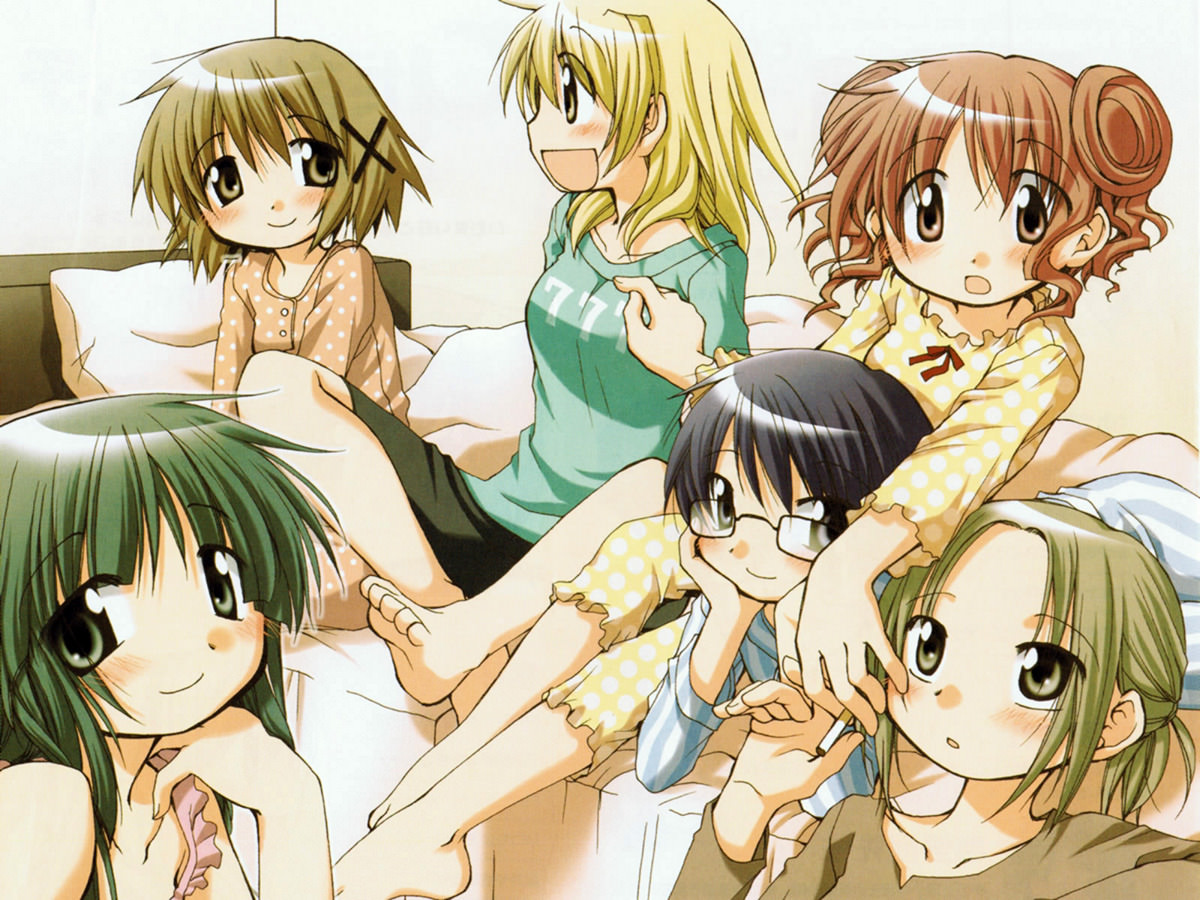 After a solid first season, we’re going back to art school for more Hidamari Sketch. The good news? Season two is probably at least as good as the first season. The bad news? Wait, is there any bad news? Nope. Not really~

Synopsis: After passing her entrance exam, Yuno enrolls at Yamabuki High School as part of an art degree. She stays at the Hidamari Apartments along with best friend Miyako, and seniors Hiro and Sae. Each episode follows a day in her life as she mingles with her friends, close peers, overly hyper teachers and closely follows the mundane lives of the high school girls.

Much like its predecessor (and most other slice of life shows), Hidamari Sketch x 365 is light on story, yet I still felt like the various scenarios the girls encounter were a little more enjoyable for me this time around. The characters are placed into situations where they get to put their best foot forward, so to speak, which helps make even the typical mundane situations appear more interesting. So at its core, this still isn’t anything more than cute girls doing cute things, yet the comedy and the interactions between the characters appeared to me to have been better written.

This situation was present in the first season, but I feel like it’s a bit more disconcerting this season. Of course, I’m talking about how the episodes are chronologically out of order, and in many cases, episodes from the first season take place AFTER some of the episodes from the second season. If these episodes didn’t have dates attached to them, it probably wouldn’t be too noticeable, since nothing especially important happens on these dates, yet my inner OCD freak just can’t let it go. 😛

Also interesting is how a few episodes this season are split into two parts that take place on different days. This isn’t a problem either, but it’s interesting nevertheless. So at the end of the day, despite the lack of story, x 365 is your typical slice of life anime done right. Relying on your characters to carry the show is a scary proposition, but for these girls, they have it covered~ 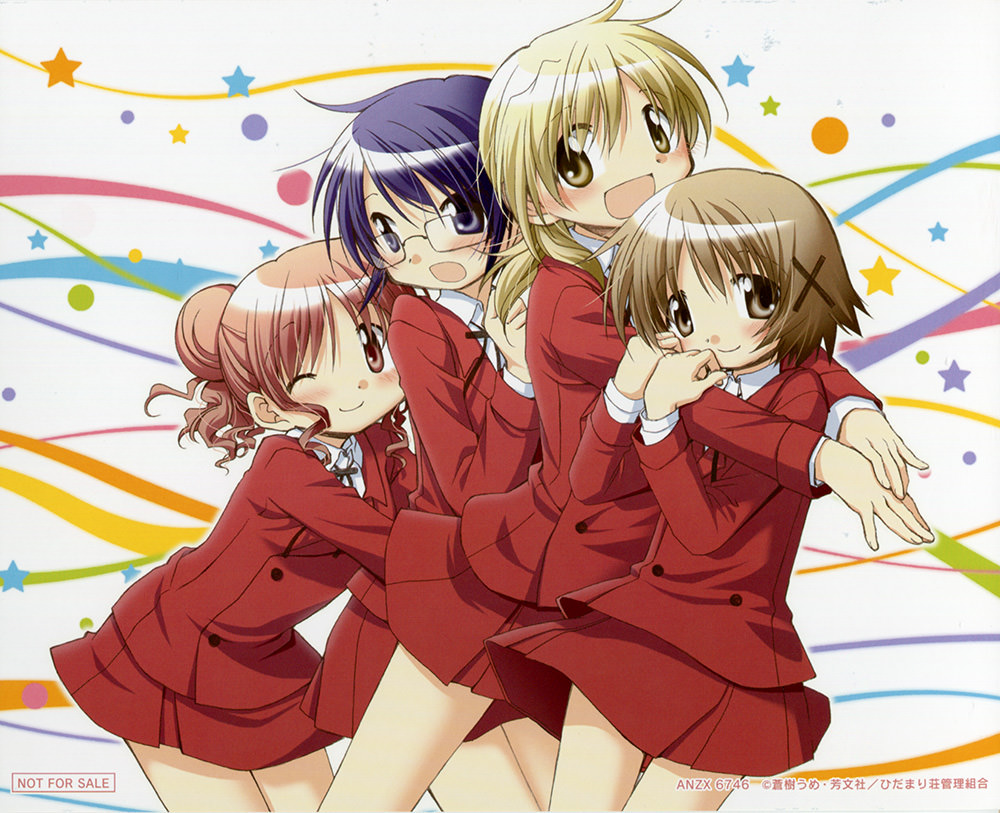 Sae’s little sister, Chika, visited for a short time, but for me, it was one of the less interesting episodes, so I wouldn’t say that I’m particularly a fan of hers. It’s not that she herself is especially boring, but as the focus of the episode, I felt as though she was not as interesting a character as the main girls. Perhaps that will change in the future, but once again, leave it to Yoshinoya to steal the show.

Yoshi has even more scenes in this second season than she had in the first, including one episode where she gets nearly half of the screen time, so for me, this was the single best thing that happened this entire season. She’s just entertaining as all get-out, and I can’t get enough of her. Her and the principal made for some highly entertaining moments, and even Oyasan some occasional brief scenes. All in all, this series has some very nice supporting characters, yet as nice as they are, it’s still all about the main group of four.

“Though subtext is all we get from this series, with these two, it’s quite strong, and there’s even an episode where the two of them have a lover’s quarrel.”

Yuno, Miya, Sae, and Hiro are every bit as entertaining as they were in the first season, and probably even more so. At this point, I’m ready to accept that Yuno and Miya are nothing more than best friends, so looking in their direction for romantic undertones is probably futile. However, the other ship is a completely different story altogether.

In the first season, the nature of Sae and Hiro’s relationship was already raising eyebrows, but x 365 takes it even further and makes it seem even more obvious that they’re hella gay for each other. The infamous scene from season one’s OP where Yuno walks in on them in a compromising position finally makes its appearance, and at one point, Miya states the obvious and mentions to Hiro how she acts like Sae’s wife. Though subtext is all we get from this series, with these two, it’s quite strong, and there’s even an episode where the two of them have a lover’s quarrel.

Sae x Hiro is the main yuri attraction, but what ended up being a nice surprise was Natsume’s apparent interest in Sae. The classic tsundere doesn’t get a whole lot of screen time, but when she does, she’s usually cast opposite Sae, and she’s someone I hope gets more of the spotlight going forward. Even better, a sort of love triangle would be pretty hilarious, but that’s probably asking for too much. Still, the subtext is stronger this season than it was in the previous one, so from a yuri fan’s standpoint, I think it’s a little more enjoyable~

After the first season, I was already a fan of these characters, but the second season only reinforced those thoughts and made them even stronger. That’s especially true for Sae and Hiro, who were always a tier below Yuno and Miya for me last season, but are now equally as enjoyable. Yuri makes everything seem a bit better, doesn’t it? 😛

What more is there to say of the distinctive art style of this series? The moe overload is balanced with the visual bells and whistles that make Studio SHAFT anime so eccentric. Not that much has changed in this regard from the first season, but I think it’s a winning formula that kind of makes other cute girls doing cute things anime seem a little drab in comparison. Simply put, the unique visual aesthetic is a welcome change that gives Hidamari Sketch an artistic flair not normally seen in anime of this kind. It’s one of those instances where you either like it or you don’t, and in my case, I very much like it~

Compared to some other slice of life anime, I feel as though the music in the Hidamari Sketch series is rather subdued, yet is still a little eccentric itself. The same applies here, with the usual playful piano, violin, and recorder background music serving to add some quaint charm to the proceedings. The OP and ED were once again very enjoyable—as was the voice acting—and even though the music isn’t the most memorable or impactful you’ll find, it’s a great fit for this style of anime.

Even though my Total Enjoyment score is the same as it was for the first season, I think I liked Hidamari Sketch x 365 a little more than its predecessor. It feels as though the series is starting to hit its stride, as the characters, comedy, and yuri subtext all seem a little stronger than before, which makes for a promising outlook for a series that should probably be on every cute girls doing cute things fan’s radar. 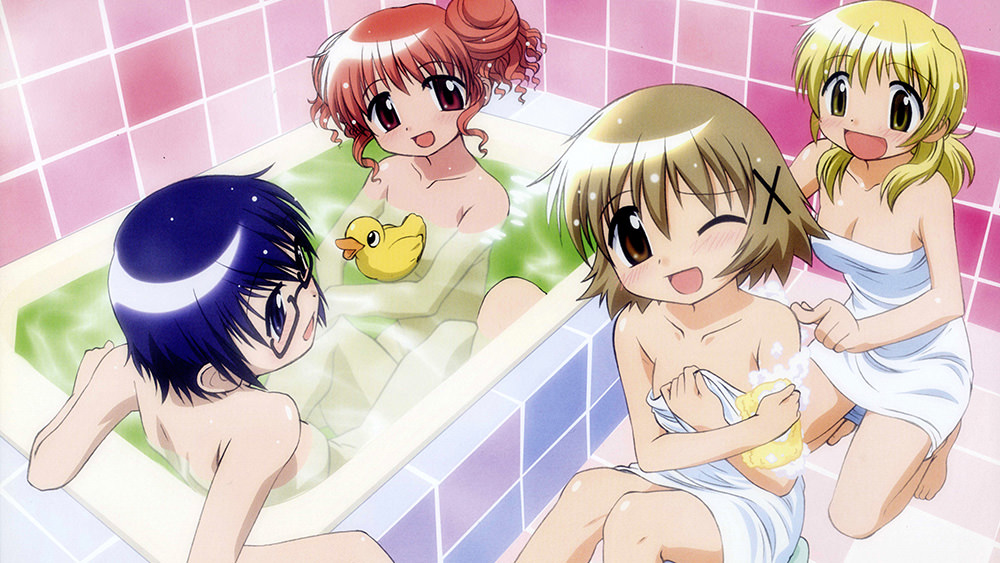