Get ready for a BIIIIIIG news update. And guess what, it’s only about yuri visual novels~ Let’s start right away with what got me most excited this week, Blackberry Honey, Ebi-Hime’s new, NSFW yuri visual novel about maids.

In case you don’t know this one already, here’s the plot summary:

Set in England during the mid-19th century, Blackberry Honey is a tale about maids, music, and unexpected romance.

The story begins when our heroine, Lorina Waugh, is fired from her previous position as a maid in the stately home of Hartwell. With a large family back in Liverpool to support and a string of unsavoury comments circulating about her rather sudden dismissal, Lorina’s search for a new place of employment leads her to Bly.

Forced to work for fourteen hours a day, with little chance to rest, Lorina is bullied by the senior maids and, most embarrassingly of all, by the twelve-year-old daughter of the Lennard family, Lady Constance.

One of the only maids who deigns to speak to Lorina is the mysterious Taohua – but Lorina wishes she wouldn’t. Despite her lowly status, Taohua has her own private bedroom, never goes to church with the rest of the servants, and rarely interacts with anybody. Her aloof, almost cat-like personality, coupled with her peculiar complexion, eyes, and name, have inspired more than a few rumours around the Shropshire countryside that she might be a witch.

Lorina knows she should keep her distance from Taohua, and she wants to most desperately… but maybe there’s a pinch of truth to all the rumours, because she soon finds herself under the older woman’s spell.

The visual novel is available for download right here or over at Steam, and you can currently get it for $12.99 USD. You can also download the NSFW patch over at the official website. 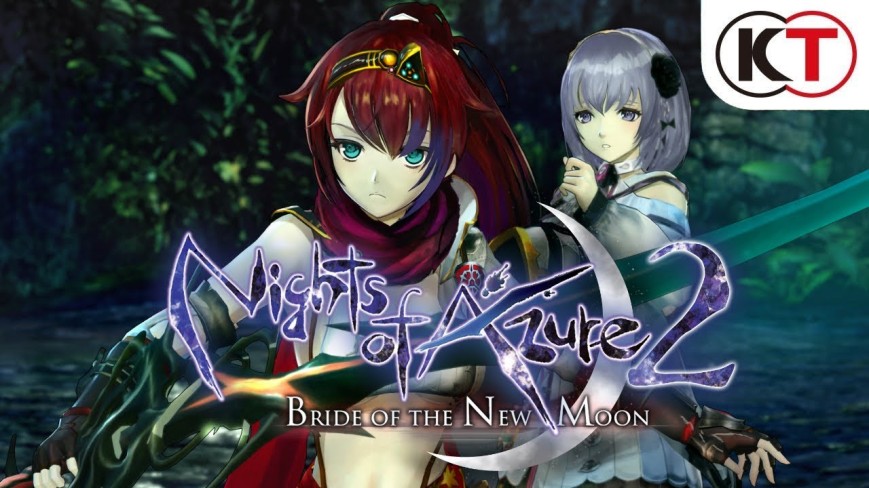 Next up, we have the great news of Nights of Azure 2 being available for purchase right now.

Personally, I’ve only played this game for about half an hour, and I’m admittedly not a big fan of these types of games. However, the yuri in it was what got me excited, and I sure hope that the second one will be just as great in this department!

You can buy the game for the PS4, Nintendo Switch, as well as on Steam, though it’s a bit pricey.

Fitting for the current season, we also have a nice Halloween treat waiting for us: yuri visual novel Sakura Halloween.

There is not much to say about this one. It’s short and sweet and maybe a bit weird, but hey, it’s for free, so check it out and download it right here. Lastly, we have 2 more yuri titles that you can download right now. First up, let’s cover Legends of Talia: Arcadia, a visual novel by Winged Cloud.

Arcadia is a legendary knight who’s fought in innumerable battles in the war-torn land of Talia. She’s beloved by the people, despite her relatively young age, and many consider her a goddess among mortals. She fought in the battle of Kadath in her youth, saved Amaranth Village from destruction, and has defeated hundreds of Talia’s enemies with her sword… But there’s one legend about Arcadia nobody speaks of.

They hate her. They even want her dead.

You can get it over at Steam, and it’s super cheap, so check it out~

Last but not least, we have another title by Winged Cloud, Sakura Gamer.

When she was a young girl, Nekohime dreamt of being a video game developer. Now in her early twenties, she’s abandoned that dream to focus on her uninspiring job as a computer repair technician. There’s not enough time in the day to focus on game development – and anyway, isn’t she too old to entertain such unrealistic notions?

That is, until her childhood friend, Clover, introduces her to the seductive Suki.

Suki is determined to turn Nekohime’s dream into a reality and finally develop a game – and she refuses to let Nekohime’s self-doubt stop her. Whether she wants to or not, Nekohime’s pulled into a brand new world, alongside these two bubbly, optimistic girls.

Will they be able to make a hit game together, or will it all be for nought? And, in the end, will Nekohime manage to find true love?

This one is available over at Steam for only $9.99 USD, or get the uncensored Version at Nutaku.