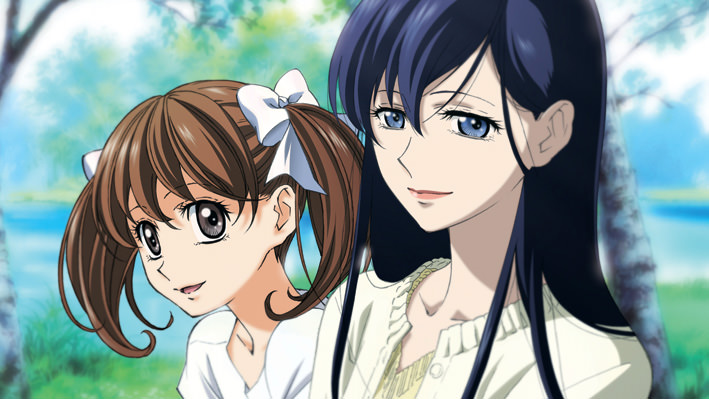 Now that we’re firmly settled in to 2018, it’s back to MariMite. With this being the third season and all, is the third time really the charm?

Synopsis: Summer has arrived, and the students of Lillian Girls’ Academy are on break! Yumi and Sachiko head out to the Ogasawara family’s summer home, but what was supposed to be a relaxing vacation takes a turn for the worse when some of Sachiko’s old acquaintances drop by for tea. These rich and snobby debutantes don’t think Yumi is worthy of Sachiko’s affection and they’re out to make this summer one she’ll regret.

Let’s me start out by noting that 3rd changes things up a bit, with five, fifty-minute episodes replacing the old twelve, twenty-four minute episode format of previous seasons. It may not seem like a huge change, but I feel like it did allow for a more methodical approach to storytelling that might not have been as easy accomplished with shorter episodes. With that tidbit out of the way, let’s move on.

One of my biggest gripes about Haru was how Yumi and Sachiko were relegated to the sidelines for much of the season. However, it seems as though my prayers were answered, since this season features them in a much larger capacity, which is the way it should be. Well, once Kanako comes to the forefront in episode three, she steals a bit of their thunder, so I don’t want to make it seem as though it’s all about the two of them, but the first two episodes do see Yumi and Sachiko share plenty of quality time together~

The introduction of Kanako served to spice things up a bit over the next couple of episodes. Despite what that synopsis might lead you to believe, there wasn’t that much drama prior to her arrival, but her pursuit of Yumi kind of changes all that. At this point, Sachiko is mostly pushed aside (at least compared to the first two episodes), though, this is an interesting dynamic that’s playing out between Yumi and Kanako, so it’s not that bad. Unfortunately, there is no resolution to this situation, and that’s one of the only things to knock about the story. However, there is also one other thing that comes to mind… 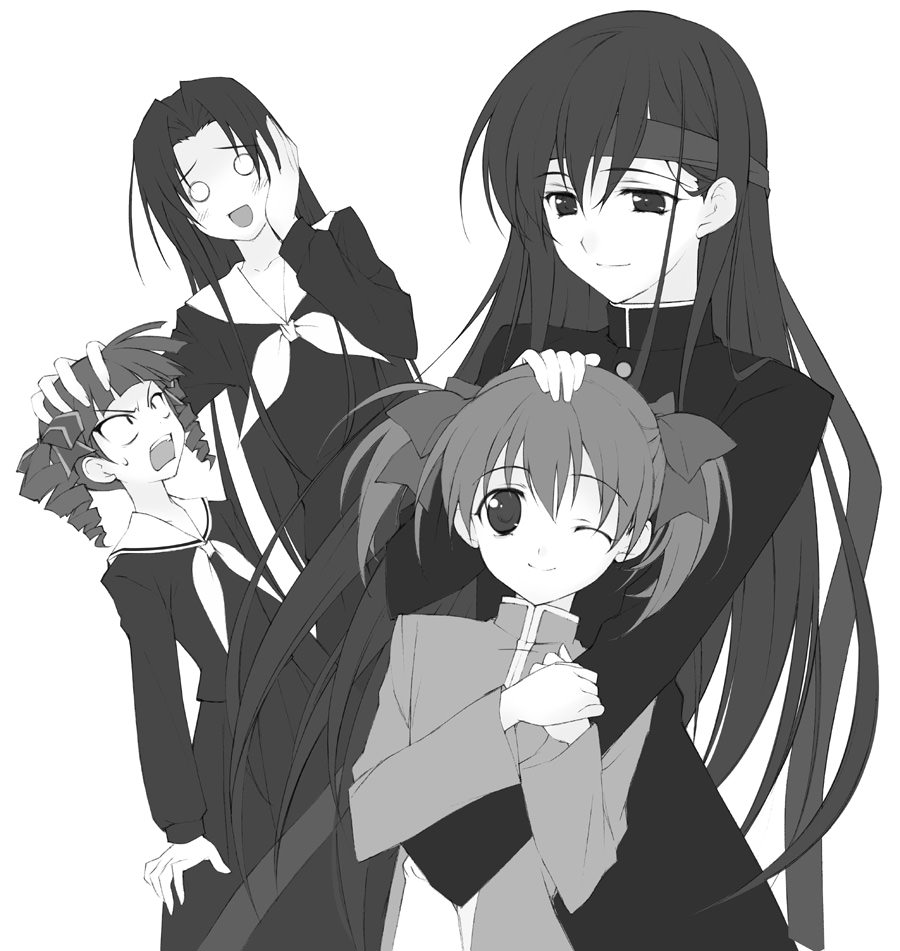 I wasn’t particularly fond of the fifth and final episode, as it seemed to exist only to delay Yumi’s inevitable decision as to who she’ll choose as her petite soeur. And to make matters worse, Yumi’s school trip takes her away from Sachiko, so the fifty-minute long episode almost felt like filler. I guess you could say that the change of scenery was appreciated, yet I don’t think the episode served to really accomplish anything meaningful. This wouldn’t have been a problem for me had it not been the final episode and had there not been unfinished business to resolve.

I don’t want my indifference for the last episode to mar what was an otherwise really enjoyable third season for me, so let me wrap up this section by saying that even though the story feels incomplete, for me at least, this was just about as enjoyable as MariMite has ever been. I would have liked this even more had it been only four episodes (with the fifth omitted), but as it stands, it was still very entertaining.

“After watching Haru, I whined about Yumi and Sachiko not spending enough much time together, Sei’s departure to college, as well as Shimako not being able to adequately fill Sei’s shoes, yet I can’t find that much to complain about this season.“

As has already been stated, an increased emphasis on Yumi and Sachiko made this season more enjoyable for me, but that wasn’t the only reason. Sachiko also seemed to be a lot more affable and easygoing, which makes her much easier to like. She no longer seems cold and aloof, and her relationship with Yumi benefits from that. From the outset, they seem to actually enjoy each other’s company once again, and for all the cuteness and sweetness that was missing from their relationship in the second season, it’s great that it’s back and as good as ever.

Prior to this season, I didn’t really have a strong opinion about Touko one way or the other, but seeing that—like me—she, too is not a fan of Kanako, instantly changes my perception of her for the better. I know, how petty of me, but I can’t help it! I wanted to like Kanako, but after she pulled a 180 after realizing that Yumi isn’t who she thought she was, that was practically impossible. The mask came off, and it wasn’t a pretty sight, my friends. Sachiko showing up and confronting Kanako after her tantrum was definitely the highlight of the season for me. I guess you can say it was a really, really bad first impression, though she’s painted in a much more positive light during the athletic festival episode, and I don’t want to condemn her for eternity just yet, so maybe next season will further erase the bad memories of that time in the greenhouse.

Shimako plays a more minor role compared to what we saw in Haru, and I feel like this is for the best. For me at least, she’s never been quite as interesting as most of the other girls, so I think a supplementary role suits her best. Her and Noriko now feel like an established “couple”, for lack of a better word, and even though their screen time is limited, they’re just about as cute together as any of the other pairings.

Speaking of other pairings, Shimazu and Rei are now the elder stateswomen of the series, and while their screen time is also probably not as much as most people would hope for, they’re still easily the most couple-like pairing. I’m actually a little surprised that Shimazu has turned into perhaps my favorite character, post-Sei, but that plucky attitude of hers is the closest thing we get to that of her old grande soeur (who barely makes an appearance this season, by the way). 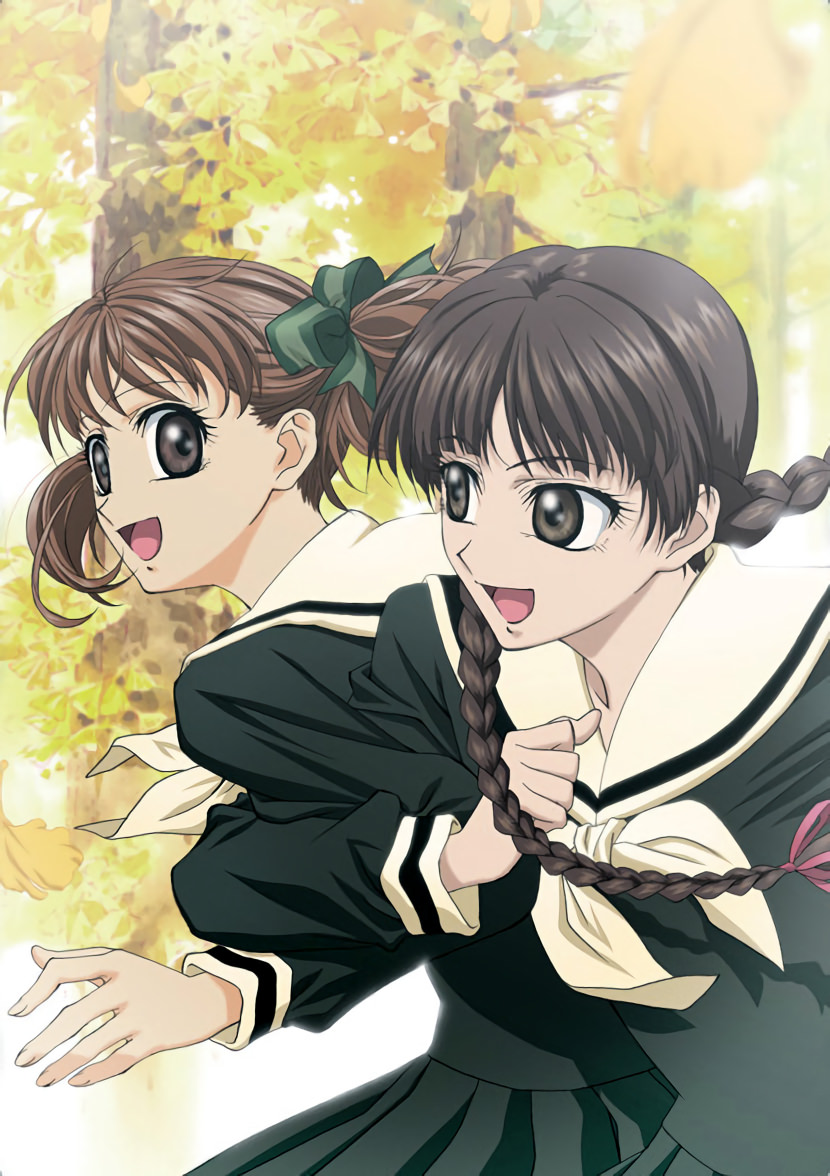 After watching Haru, I whined about Yumi and Sachiko not spending enough much time together, Sei’s departure to college, as well as Shimako not being able to adequately fill Sei’s shoes, yet I can’t find that much to complain about this season. The unresolved situation involving Kanako is the only thing that immediately comes to mind, as Yumi & Sachiko get their time to shine, but perhaps more importantly than that, it finally feels as though the show has found its footing without the original boutons that people came to know from before. That’s great news going forward, and I’m anxious to see more of Yumi x Sachiko, Shimazu x Rei, and Shimako x Noriko, not to mention Yumi and Shimazu finally settle on a petite soeurs of her own, so bring on the final season already~

The first episode of this starting airing nearly two-and-a-half years after Haru, so it shouldn’t be much of a surprise to hear that this is a visual step-up from previous seasons. The character designs have always been nice, but the backgrounds seemed to be a definite improvement from the first two seasons. This is probably most noticeable during the trip to Italy in which we see several real-world locations, including the Leaning Tower of Pisa. Overall, the visuals are a slightly prettier version of an already appealing style, so there isn’t too much to complain about here.

Much like the animation, the sound has been good ever since season one, and maybe it was just me, but there seemed to be a bit more variety to the music this time around. That’s not to say that the music isn’t familiar—it most definitely is—but since the tone of the show is a little less demure than seasons past, the music just feels a little more fresh to me.

On that note, yet another version of pastel pure makes an appearance as the OP, and it still hasn’t gotten old. I’m gonna be a little upset if the fourth season doesn’t also feature it, as it’s now become synonymous with the series, and you can’t ask for a more perfect way to start things off.

Despite the underwhelming finale, it’s hard to argue that Maria-sama ga Miteru 3rd is not the best season of MariMite to date. Buttoned-down and a little less uptight than its predecessors, this season still managed to recreate the magic that made the first two seasons appealing, while keeping the melodrama to somewhat reasonable levels. To me, this balance feels just right, and with only one season remaining, I hope it take a page from 3rd‘s’ book, because it’s a dandy~ 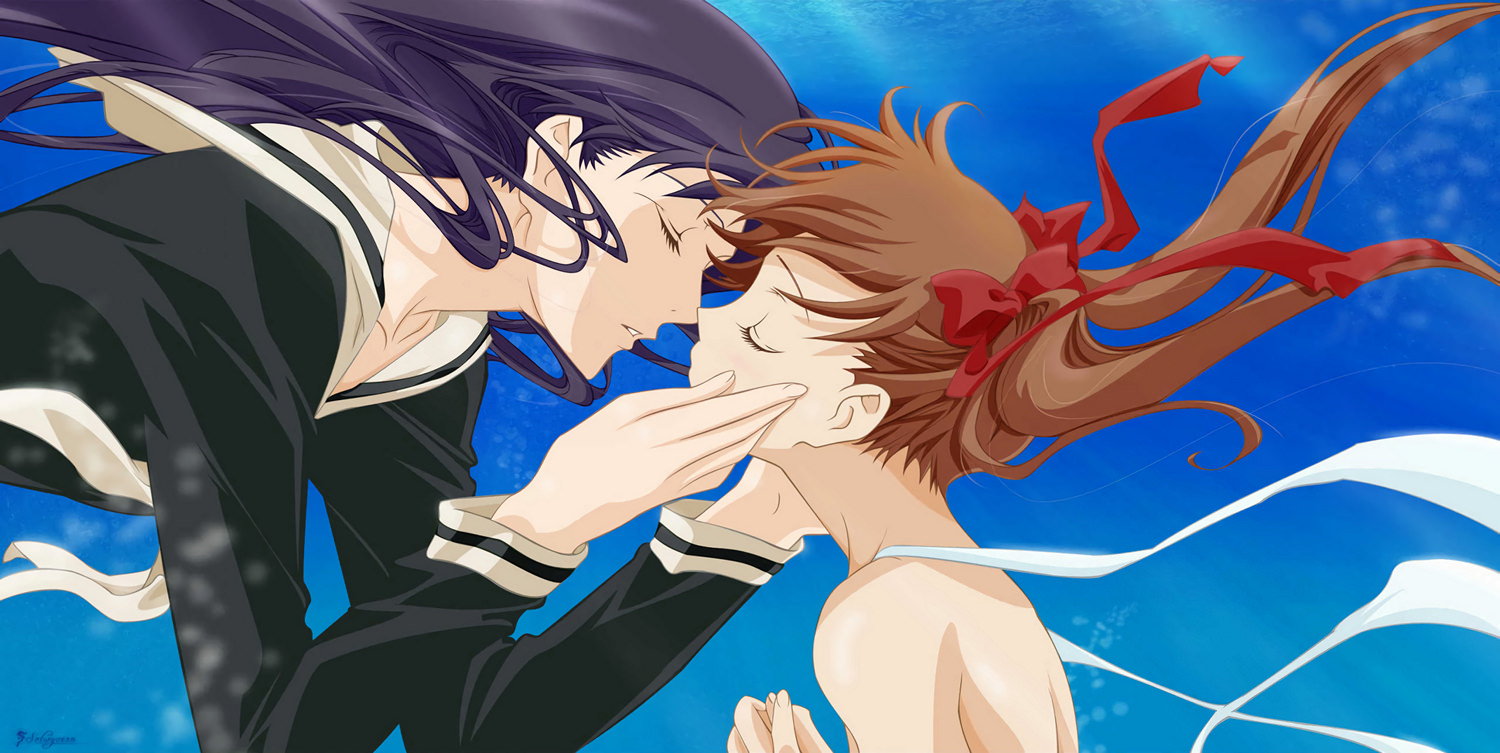