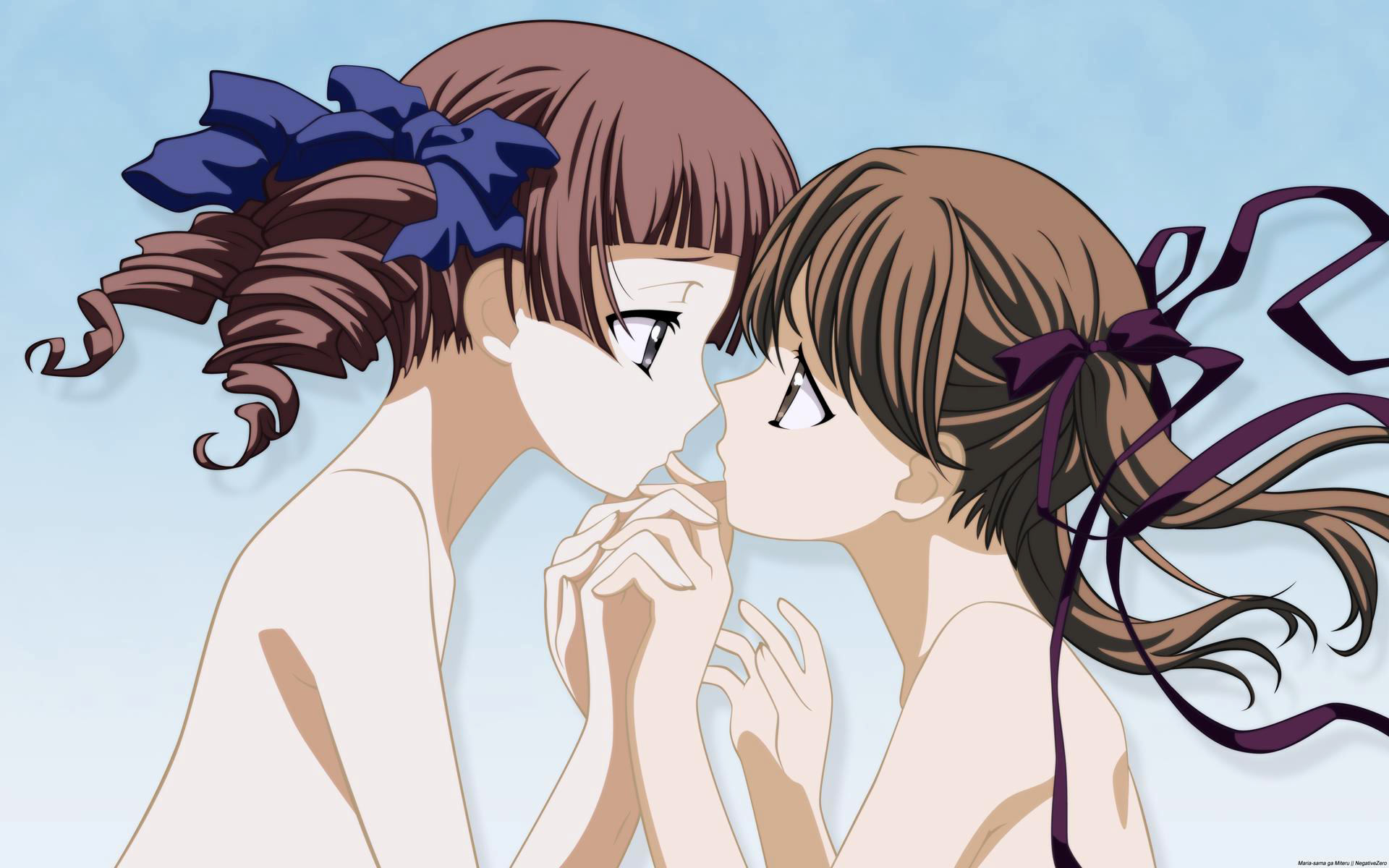 At long last, this review FINALLY marks the end of our MariMite review fest. It’s been fun, but it’s time to bid adieu to the girls of Lillian, however, at least they’re going out on a high note.

Synopsis: Yumi and the Yamayuri Council have found two new helpers in Kanako and Toko. Unfortunately, their assistance comes with tension, as neither girl is particularly fond of the other and both seem likely candidates to be Yumi’s petite soeur. Will either be a good fit for Yumi? As the school year marches on, the work for the Yamayuri Council piles up, and pressure begins to mount for Yumi to make her final decision.

It’s safe to say that if Maria-sama ga Miteru 3rd was a break from the usual MariMite drama, then season four is a return to the series’ classic form, with perhaps more drama than ever before. You could call it melodramatic—and it certainly is—but I think that’s part of the appeal of the series. In a seemingly idyllic all-girls Catholic school, all this interpersonal drama resides just below the surface, but seeing as how it’s the final season, one by one, these situations find a way to sort themselves out.

Pretty much all of the important characters have their stories wrapped up nicely, and you don’t get the sense that anyone is left hanging as to what their immediate future looks like. Unlike Sei and the other Roses in Haru, we never get to see Sachiko and Rei graduate, and that’s one of the only things that immediately comes to mind that I would have liked to have seen (besides more explicit yuri, of course). 😛

“If you felt like the third season was a little too uneventful for you, 4th has you covered. There’s a lot more going on in the story, and for the most part, I think the storytelling (and especially the character development) is handled surprisingly well.“

Kanako and Touko have their issues come to light, and we get to understand their situations far better than before. Both feature a lot of (melo)drama, though, Kanako’s story is more or less complete by the end of the third episode, and she doesn’t factor in very much beyond that. On the flip side, Touko’s situation is a lengthy affair that takes up most of the second half of the season. To me at least, her arc didn’t really seem drawn-out, as there’s always something going on that keeps the story moving forward, even if it is at a leisurely pace. Touko’s plight brought back memories for me of Sei and her unfortunate past, not necessarily because they were similar situations, but just because I think those two were the emotional climaxes of the series.

If you felt like the third season was a little too uneventful for you, 4th has you covered. There’s a lot more going on in the story, and for the most part, I think the storytelling (and especially the character development) is handled surprisingly well. For anime with the slice of life tag, your narrative expectations probably shouldn’t be set too high, yet this season defied those meager expectations and delivered a bit more than what I was anticipating, so that’s pretty sweet~

Undoubtedly, the season four spotlight shone most strongly on Touko, who we never really got a bead on in previous seasons. Beneath the snobby facade lies a sweet—yet troubled—girl that you can’t help but feel for. Thanks to her attitude, I never quite took a liking to her, and even though it takes a while for her walls to be broken down this season, she eventually comes across as fairly likable. While it initially looked like she’d be a rival for Yumi, that didn’t turn out to be the case at all, and it was Sachiko that Touko ended up rivaling. 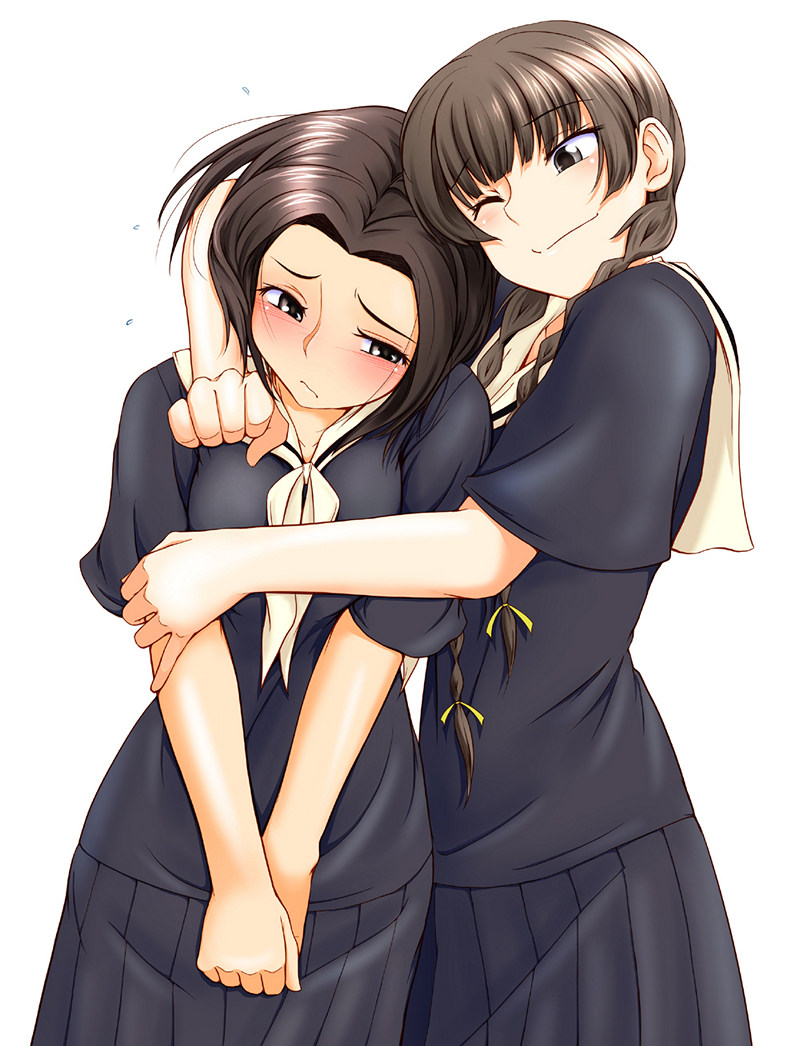 Thanks to the story emphasis being skewed towards Touko, Yumi and Sachiko weren’t quite as prevalent this season as I would have hoped, but they still had their cute moments, even if Yumi spent a lot of her time trying to connect with Touko. A somewhat similar situation arose between Rei, Shimazu, and Nana—the girl that Shimazu eventually befriends and sees as her potential petite soeur—but those three just aren’t as cordial as Yumi, Sachiko, and Touko. You get the sense that even though Touko becomes Yumi’s petite soeur, Yumi and Sachiko will maintain a strong relationship, even after Sachiko graduates. I don’t think the same can be said of Shimazu and Rei, as Rei herself even thought she was being pushed aside.

In the end, the relationships for these longtime partners never amounted to anything more than romantic two-girl friendship, yet it feels a little weird to see someone else steal Yumi and Shimazu’s affection. If anything, I would have thought that it would’ve been Kanako that Yumi gets closer to, but that ended just as suddenly as it began. Just how I was with Touko, I wasn’t a fan of Kanako’s either, and even though she never quite recovered from that initial first impression, I guess she isn’t so bad after all. After seeing what transpired in her family life, her actions seem a lot more understandable, and it’s nice that she was able to come to grips with everything.

Shimako and Noriko remained as close as ever, and unlike the others, they mostly avoided any real drama. Those two may not have been as prominent as the other pairings, though, at least someone made it through relatively unscathed. No matter how you look at it, this was an all-around excellent send-off to these characters that we’ve come to know over the last four seasons. It’s nice that pretty much everyone had a more or less “happy” ending, and even though I wouldn’t go as far as to call this a great cast of characters, this season did nothing but help their cause~

Similar to 3rd, some time has passed between the third and fourth seasons, and the art continues to look as good as ever. Even now, in 2018, every anime out there may be more visually impressive (from a technical standpoint), but for my money, many still lack the simple beauty of MariMite. The keyword there being “simple”, as there isn’t much else to look at beyond the gorgeous character designs, but those are nice enough that I don’t even mind at all. With an elegant and graceful look, you can’t ask for much more from a basic slice of life than what MariMite offers.

Moving on to the music, it seems wrong that after three seasons of pastel pure being the OP, there’s been a change. It was such a fitting song, so it’s disappointing that this swap to the much more cheery and upbeat Chizu Sanpo was made. It’s not that I dislike it, but I think it would have been nice, for continuity’s sake, that things end in a similar way to how they began (athough pastel pure does make an appearance as background music). Other than the OP, there isn’t much else to be said about the music that hasn’t already been said. Familiar, as well as not-so-familiar, tracks keep the series’ musical quality at least up to par with past seasons, and with the increased drama this season, I think you notice the music a bit more.

Oh, and that ED is perfectly fine, but the real treat there is how unapologetically gay it is. During the actual show, the pairings (unfortunately) aren’t quite that close, though, the one thing I didn’t like about it was how it foreshadowed what was yet to come, effectively playing spoiler. Despite that indiscretion, from the very beginning, this series was very consistent on the audio front, and of all the things you could find issue with in this series, I certainly don’t think the sound is one of them.

If you were to imagine the yuri anime equivalent of Mount Rushmore, it’s hard not to imagine a scenario in which MariMite isn’t among the four chosen. It’s easily one of the most influential, iconic, and important series that we’ve ever been graced with. This series should at least be on every yuri fan’s “plan to watch” list, and melodramatic as it may be, you can make a strong case for Maria-sama ga Miteru 4th being the high point of the entire series. 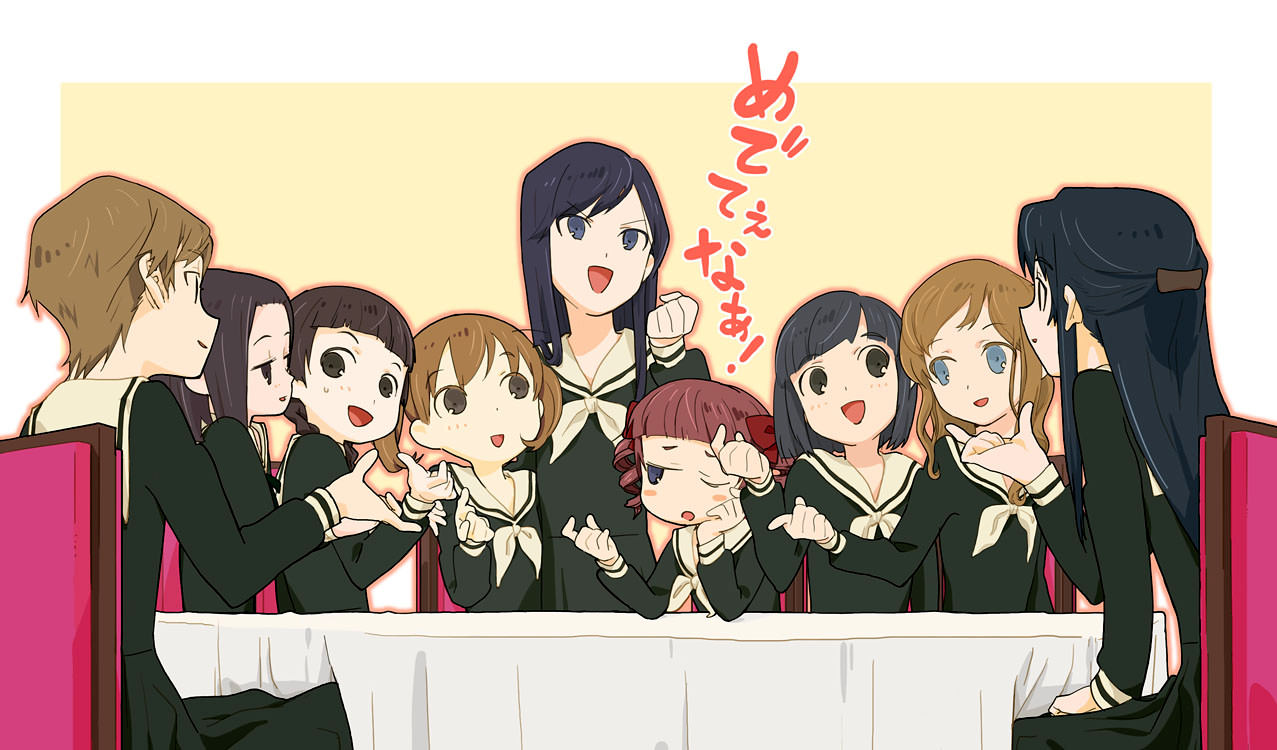