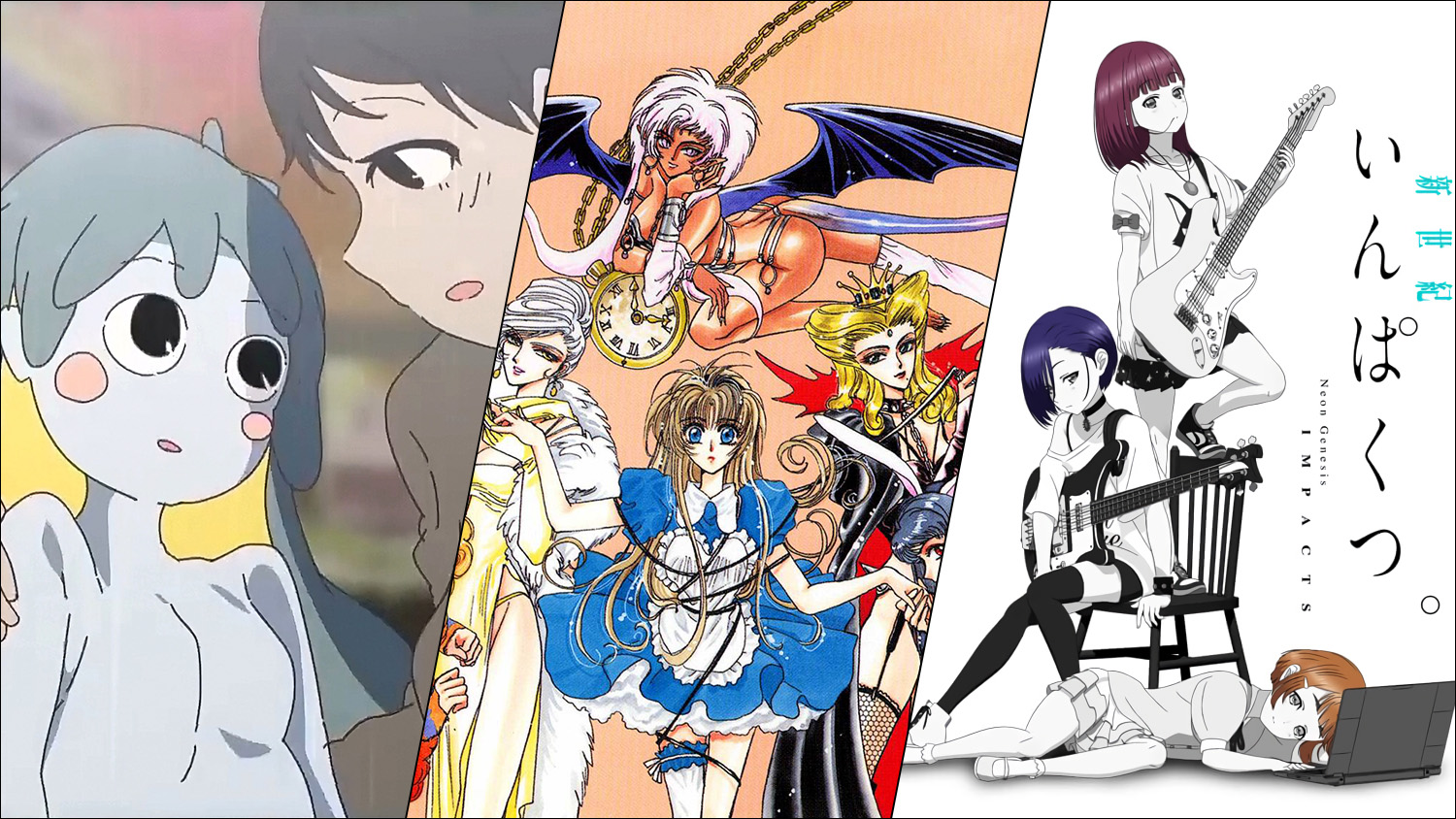 Since all of these shorts are exactly that, short, it doesn’t seem fair to apply our traditional review methods to these, so instead, a simple “Should you watch it?” will be the final verdict. Now that we’ve gotten that out of the way, let’s get to a few shorter anime with yuri undertones (or overtones) that you might’ve missed~ 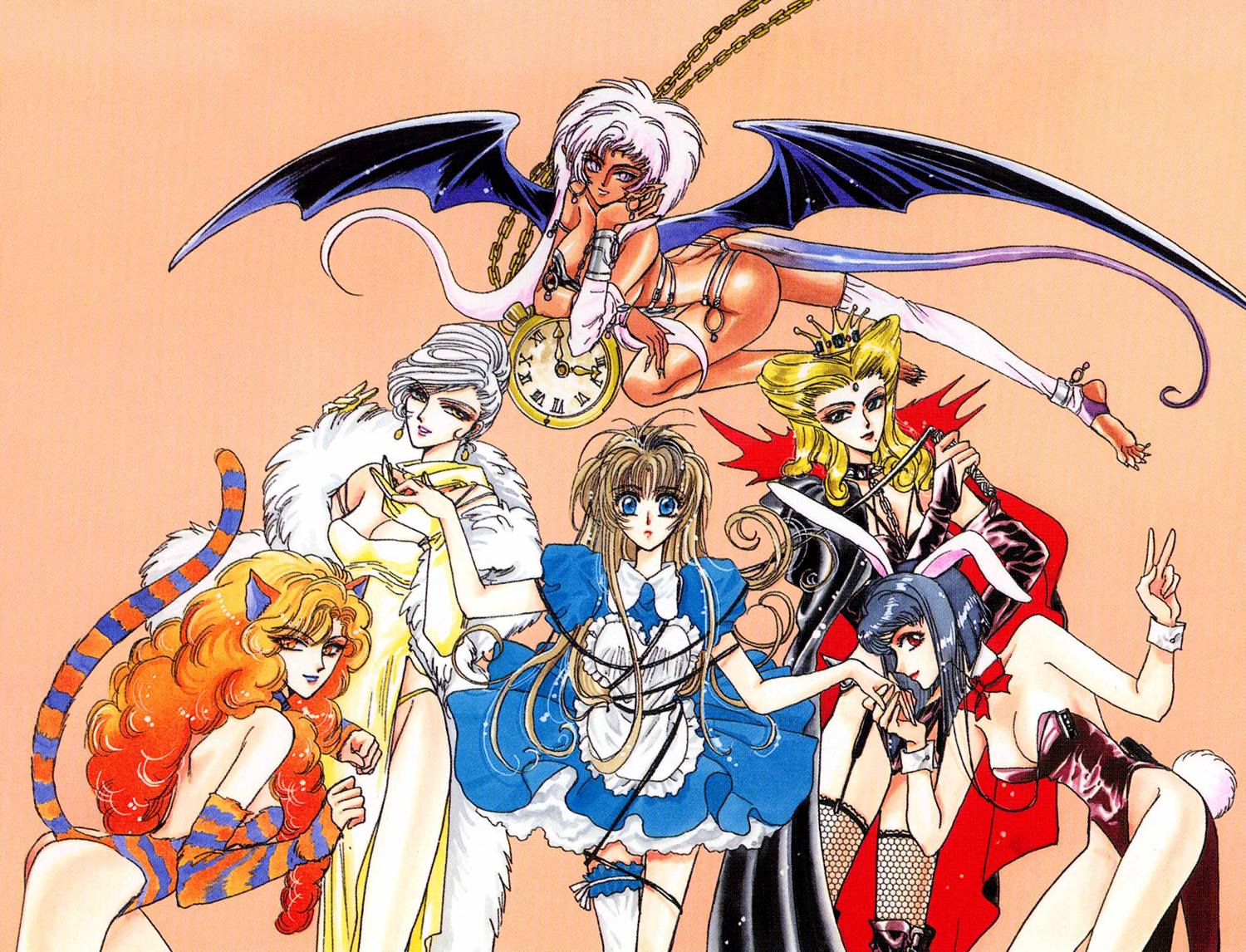 Synopsis: Miyuki, a cute girl, is in over her head. When late for school, she is suddenly transported to another world (Alice In Wonderland-style), except that all the inhabitants of the other world are female…and they all seem to be in love with Miyuki. And the world behind her mirror is even weirder.

A yuri version of Alice in Wonderland?! Is this real life?! Okay, it’s been forever since I’ve seen the real Alice in Wonderland, but I don’t remember it going down like this at all. Very loosely based on Lewis Carroll’s classic, the anime adaptation of Miyuki-chan in Wonderland covers the first two chapters in the manga, and it’s every bit as bizarre as you’d think. After Alice Miyuki makes her way down the rabbit hole, she encounters many strange women… all of whom seem incredibly interested in her, if you know what I mean~

I’m sure you noticed yuri listed among the genres, and it’s deserved. Gay Cheshire Cat? She’s in this. Gay Humpty Dumpty? Present and accounted for. Gay Hatter? You betcha. I think you get the idea. Practically everyone that Miyuki crosses paths with tries to seduce her, and there’s no explanation as to why any of this is occurring. It’s just one random encounter after another, with additional surreal moments in between, and that doesn’t just apply to the first episode. Long story short, it’s an ecchi yuri take on an all-time classic, with little to no actual story.

The second episode is called Miyuki in Mirrorland, and is also very loosely based on Through the Looking-Glass, and What Alice Found There, Carroll’s sequel to Alice in Wonderland. The highlight in this episode has to be the chess match between Miyuki and her doppelganger, with the loser having to take off all their clothes. Yeah, this OVA is pretty ecchi. When a chess piece (which, of course, are girls) gets captured, one piece slaps another, and the captured piece loses their clothes.

Meaningful dialogue is sparse, but considering that both episodes barely total half an hour, it probably shouldn’t come as much of a surprise. The list of genres also include comedy, but that’s kind of surprising to me, since I didn’t really find it funny at all. This was released in 1995, so the old-school style could turn off those who prefer their anime from this millennium, though it doesn’t look bad in the slightest.

So, should you watch it? Unless you’re an Alice in Wonderland fanatic or just a huge fan of fantasy adventures, you can probably pass this one up. It’s short, and the yuri-fied story lacks any real substance, yet it’s so unusual that you can’t help but wonder if a full season might’ve resulted in something a bit better. Sadly, we’ll never know the answer, so this strange take on a classic will remain tucked away in obscurity.

Synopsis: A young, unnamed woman, while biking home from the bank she works at, happens upon a weakened tree goddess whose native shrine is being demolished for construction work. She rescues her and brings the goddess home with her. The two form a relationship, but what will happen to the goddess as the construction progresses?

No, not Kanamemo, Kanamewo. This has to be the least well-known of these three shorts, and not even MyAnimeList has the studio listed (it seems to mostly be the work of one person), so it’s safe to say that this is a real indie find. And this one is even shorter than the other short ones, but I’ll try not to include spoilers.

The synopsis tells practically the entire story, so talking about this one is a little bit difficult. There’s exactly ZERO dialogue, yet this short somehow manages to tell a decent story. Besides the straightforward view, you could even see this as a form of brief social commentary on apostasy or even urbanization. The romance between the nameless protagonist and the tree spirit is predictably unusual, but it’s nevertheless pretty sweet, especially later on. One thing that kind of irked me a little bit is how the tree spirit takes the form of a teenager/young person. In reality, she may actually be seven hundred years old, but for me at least, that only makes their relationship seem a little less awkward.

While it’s easy to scoff at the rudimentary animation, you have to remember that this is largely the work of one artist, so it’s actually really impressive. There are some fully-staffed anime that don’t look as nice as this (I’m looking at you, Mahou Shoujo? Naria☆Girls), and the music is nearly as peculiar as the animation. It starts out with an easygoing ambience that slowy ramps up in intensity, and by the midway point, it’s turned into this cacophony of sound that actually does a great job of encapsulating the whirlwind relationship that the two characters experience, until it settles back down into that nostalgic tone to close things out. It’s strange, but I think it fits the short really well.

The person who created this also seems to have another short in the works titled Till the world ends, and if the poster is anything to go by, this might be almost like a spiritual successor of sorts. The protagonists might also be the same (or at least they look eerily similar), and since they’re obviously holding hands, that’s something else to look forward to~

So, should you watch it? I mean, it’s only five minutes, so my answer would probably be yes. Whether it’s a tree or a person, we’re not long for this world, so if you want to love that tree spirit you found, I say go ahead and do it! But in all seriousness, if you can overlook the unusualness of it all, this is a nice little short film that just might end up hitting you in the feels. 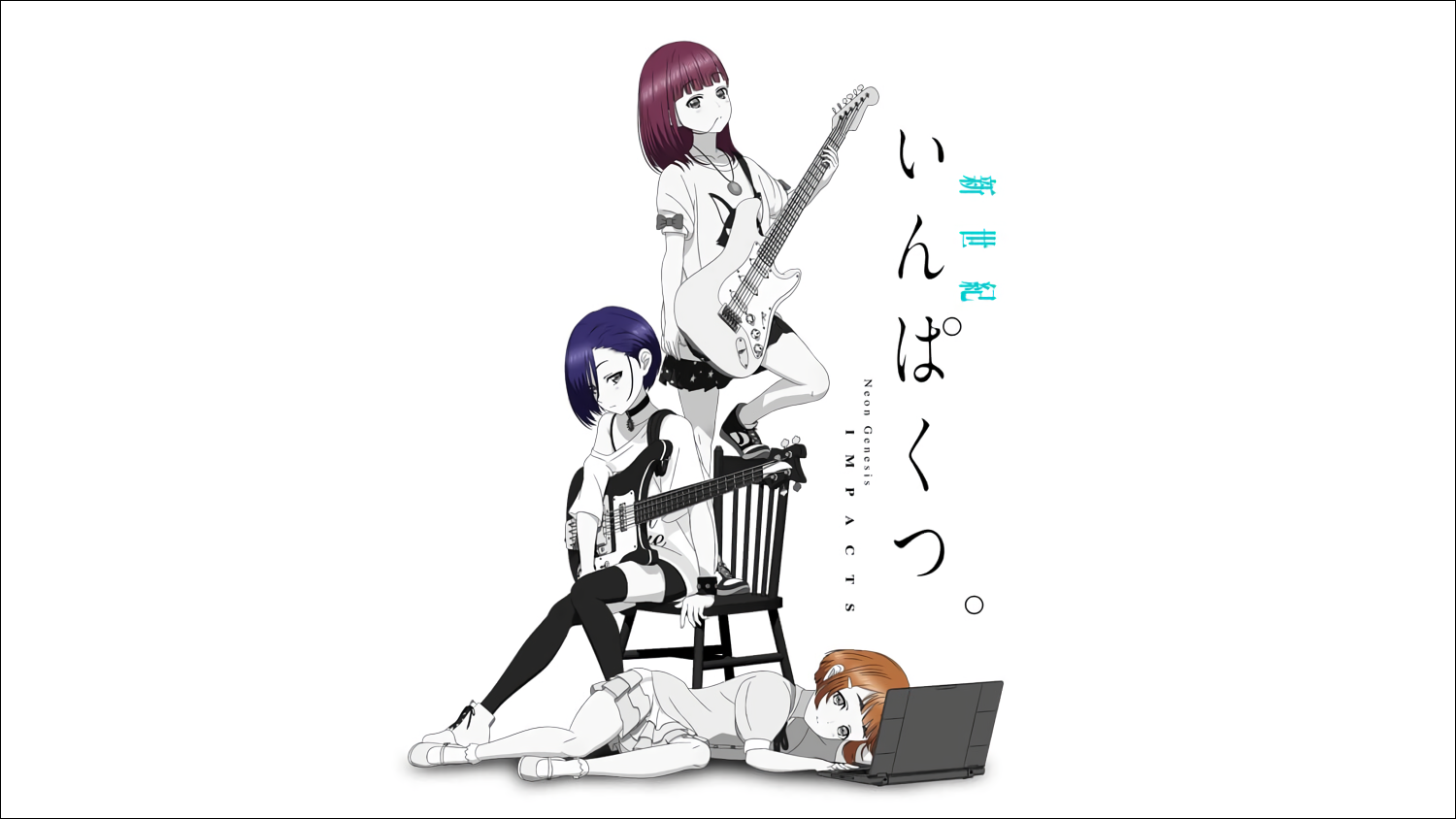 The three girls were juniors in Tokyo III’s Private Junior High School No. 1, and they were active on Nico Nama (Nico Nico Douga’s live streaming service) as the musical group, Impacts. But with Ayako evacuating the city in order to avoid the Angels’ onslaughts, the group was to break up after releasing their latest song, A Sentimental Hunch.

Haruka, Izumi and Ayako were about to live their lives, separated from one another. Realizing she would the one left behind, Haruka makes a proposition to Izumi. And now, another Angel is about to wreck havoc upon Tokyo III…

First off, a confession. I’ve never actually seen Evangelion or its reboot films. I’m probably not alone in saying that, but I think it’s worth mentioning anyway. That said, I’ve heard a lot about how dark and gritty this series gets, so imagine my surprise when I begin watching this and am immediately welcomed by… cute idols?! Taking place during the events of Rebuild of Evangelion, it doesn’t take very long to be reminded that we aren’t in some alternate world where everything is bright and cheery. It might take longer to read this mini review than to actually watch the short, so I won’t get too specific with the finer details of what goes on…

What I can say is that this short finds itself on this post thanks to a kiss between two of the girls in the group. Even though their reasoning for kissing is kinda disappointing, all that disappointment goes away when the kiss actually happens, because it’s pretty great. The cute hand-holding, the sweet and sentimental piano music, and the gorgeous visuals that almost make this seem like it was ripped straight from a fairy tale, all serve to make this moment extra special and memorable. If this was a full-length anime season, I for one would definitely be interested in watching it~

If it looks like these characters were throwaways from Love Live!, that’s because the character designer previously worked on the series. Evangelion + idols seems like the most unusual of combinations, but if you hadn’t heard of the tie-in, you’d swear that this seems like a legit idol anime, and one that looks pretty promising at that. The K-On! vibes are strong, and the short insert song sung by Impacts—which is the name of the girls’ group—is surprisingly catchy.

Houseki no Kuni recently got a lot of attention for its use of CG, and the people who thought that looked great will probably dig this as well. It probably wouldn’t be very cost effective to have a typical slice of life anime make use of CG animation of this caliber, but maybe that day will eventually come.

So, should you watch it? Absolutely! Even if, like me, you’re not very familar with Evangelion, there aren’t a lot of references to what’s happening/happens in the main series, so what is shown is pretty self-explanatory. Setting cute girls doing cute things against the backdrop of the cataclysmic events of the Evangelion series may seem questionable, but I think it turned out to be a major success that keeps with the spirit of the series, yet is inviting and compelling enough for newbies to enjoy.