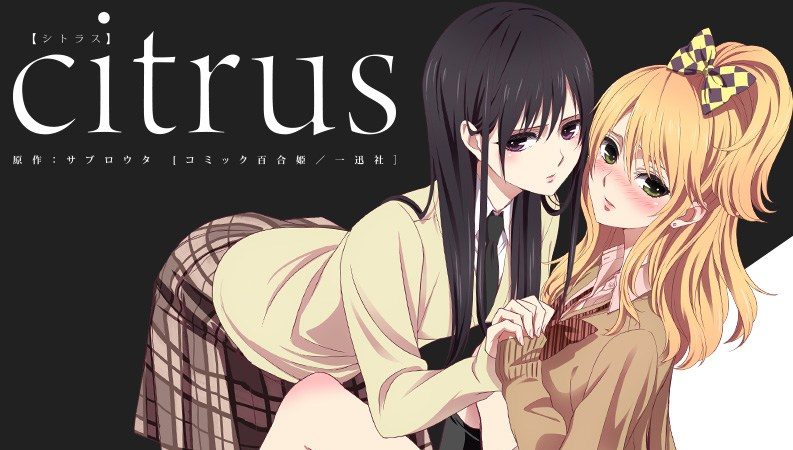 Moving out of your home to a completely new place can be pretty hard, especially if you’re still a high school student who needs to attend a school full of strangers. Unfortunately, Yuzu is not only forced to go to a new school, no, out of all possible schools, she has to attempt a very strict and conservative all-girls school as well. Also her way of “showing off” on the first day of school quickly gets her into trouble with the strict student council president Mei, who easily breaks Yuzu’s stubbornness, gaining her the pole position on Yuzu’s mental hate-list just on their first meeting. And as if things hadn’t been hard enough for her already, just when she returns home, she finds out that the one person that caused the most trouble for her that day is also going to be her new step sister…

The one anime that not only me, but so many of us have all been waiting for has come to an end, and oh damn, what a fun ride this was! But let’s start from the very beginning.

As some of you might remember from my First Impression post a few weeks ago, I absolutely loved the first episode of Citrus. A great art style, some fluid animation, awesome voice-acting, and a story that follows the manga very closely but still adds in something new every now and then. Even if the animation was lacking in some parts of later episodes, I’d still say that for the most part, this anime adaptation stayed strong and delivered just what we were all hoping to see—and sometimes even more.

I guess I could now go more into detail when it comes to the story, but since the anime follows the manga so very closely and since I already talked about the story in quite a few other posts, I’d like to keep it short here. It’s a story revolving around some touchy subjects, not only love between girls, but some “pseudo” incest on top of that. Nothing about that changed, and the drama level is still as high as ever. The anime didn’t play it down, but rather put the needed focus on just these aspects. More so even on some parts that I still don’t think the manga put that much emphasis on. What I’m talking about is the many forced kisses in the first few episodes of the show. The anime sure had it’s way of presenting them to us in the worst possible way: eerie music playing in the background, depicting a real struggle to get out of it, and just showing these scenes for a few seconds too long for me to feel comfortable with it. It had a very rape-y vibe to it, and as so many other people complained about this, I just found it absolutely needed. Nothing about these scenes should be appealing, even if it is between Mei and Yuzu. For as long as there’s force involved, it just needs to be seen as something bad, and while the manga version didn’t evoke these feelings in me, the anime version just delivered what I think was needed.

All in all, I’m very pleased with how they handled the adaptation. They covered a good amount of chapters and managed to end the show in a part that both felt satisfying, but they still left room for more. And even though the pacing had its hiccups in some parts, it was mostly balanced enough to neither feel boring or too overwhelming.

The one thing I was hoping the anime version would improve on, however, is depicting how characters feel, and thus being able to understand their actions better. The manga version is already lacking when it comes to this, and so, more often than necessary, you’re simply left asking yourself “WHY?!”

Let’s take the Christmas episode, for example. Mei offered everything to Yuzu, but being the useless lesbian that she is, she refused it, not even giving an explanation as to why, and then we just go two months without them talking about it. This is simply ridiculous. Not only are their reasons behind their actions often left unclear, even when they try to make up, how the situations are handled and how the conversations play out do not give us enough information to understand the situation. In Mei’s case, that’s more complicated than when it comes to Yuzu, since her feelings are often just written all over her face. Mei, on the other hand, is like a book of seven seals.

So I was just hoping the anime version would leave more room for both of their feelings, but it often ended up not even leaving enough room to fully understand one of them.

The manga did a better job at delivering these scenes in a more understandable way, since Saburouta’s art style is just good enough to deliver so, so many feelings without even having to put any words to it. 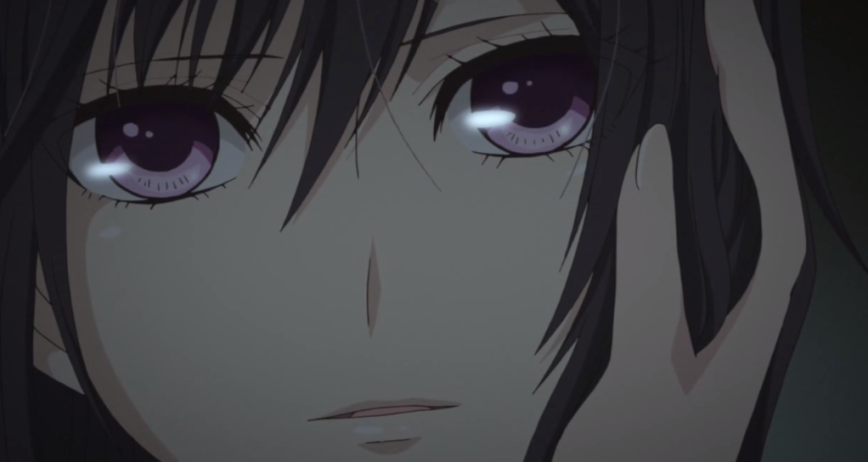 You could say they’re both a blank stare, but, oh man, the manga version just delivers so many more feelings, in my eyes.

Now what is left to say is that I just can’t stress enough that we simply need a second and maybe even a third season of Citrus. More room for more character development sounds like just the thing that this show needs.

Even without knowing the sales numbers of the anime, this one was already more popular than probably all the yuri shows of the past three years combined. It was talked about so much online, there have been so many new memes about this popping up, and Tumblr and Twitter literally exploded with new MeixYuzu content. Hell, there’s even a commercial featuring Mei and Yuzu. If you haven’t seen it yet, click right here. I’ve seriously never witnessed a yuri show getting this much attention, and this is all I ever wished to have happen.

I already said it years ago, when we didn’t even know if an anime adaptation would ever happen, that this show would probably be the one anime to get enough attention to help out the genre in general—and that is exactly what I think happened here.

So what I’m hoping for now is not only more Citrus, but just more yuri anime in general. And seeing news about new yuri shows popping up so much lately, I think we’re on the right track~ 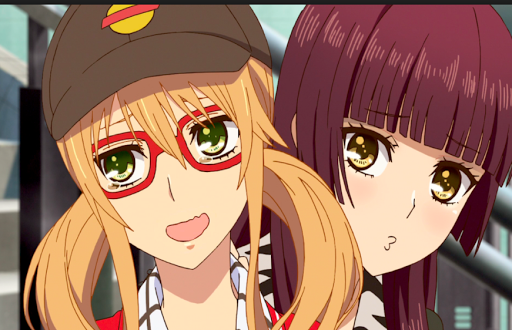 Whoops, almost forgot about Harumin. She should seriously get more credit for EVERYTHING she did. She truly deserves the title as best girl~

As a little extra, for those of you who can’t get enough of Citrus, here’s a little treat.

It’s a fanfiction with quite a few funny, cute, and some NSFW scenes that I seriously just can’t recommend enough. Enjoy!