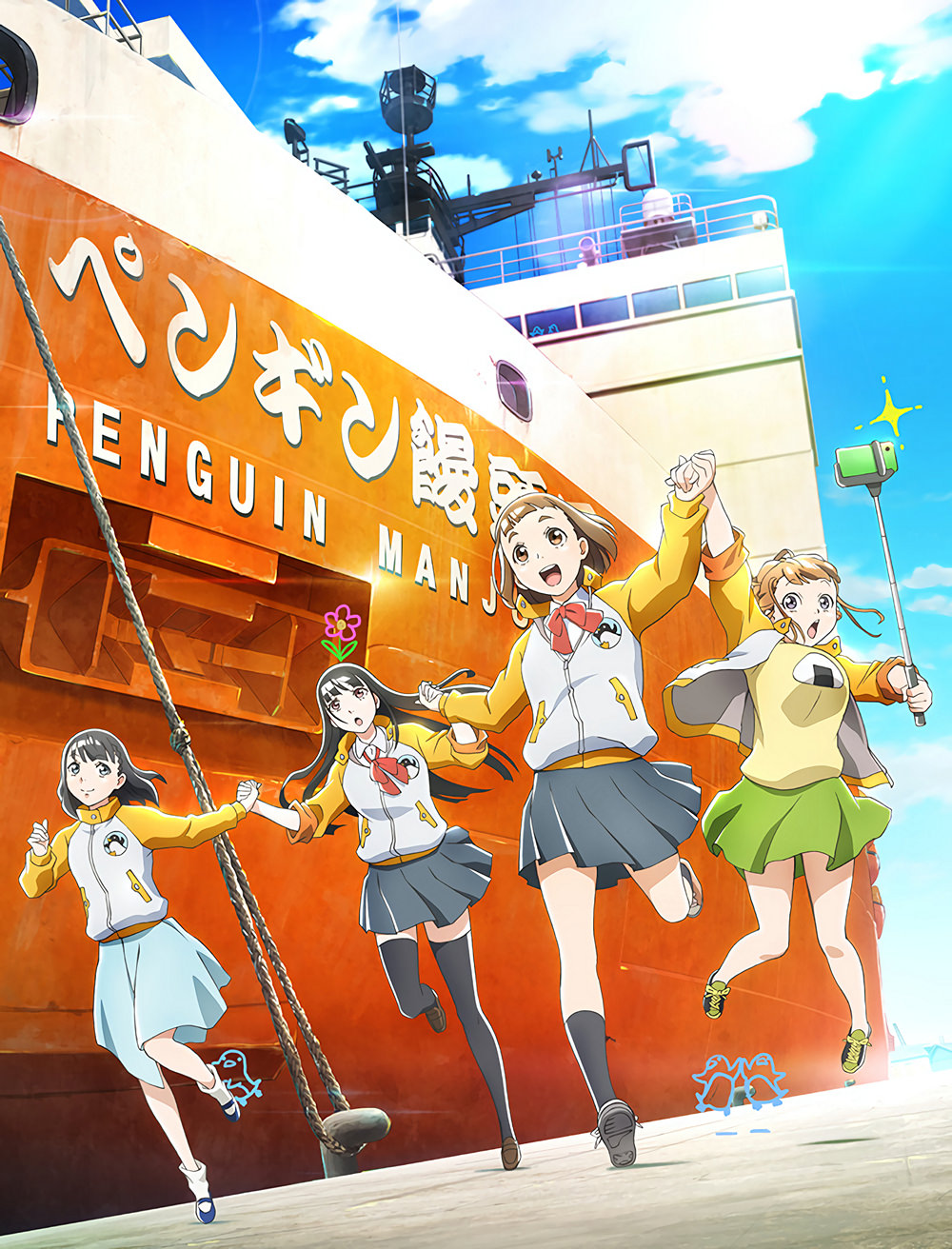 Once again, I missed out on another standout anime and only caught wind of it after its run had ended. And once again, it’s intrepid YR reader B-M that had to bring it to my attention. I’m pretty lucky that happened, since A Place Further Than The Universe is already an early favorite to wind up on our Yuri Anime / Manga / Visual Novel Awards for 2018~

Synopsis: Filled with an overwhelming sense of wonder for the world around her, Mari Tamaki has always dreamt of what lies beyond the reaches of the universe. However, despite harboring such large aspirations on the inside, her fear of the unknown and anxiety over her own possible limitations have always held her back from chasing them. But now, in her second year of high school, Mari is more determined than ever to not let any more of her youth go to waste. Still, her fear continues to prevent her from taking that ambitious step forward—that is, until she has a chance encounter with a girl who has grand dreams of her own.

Spurred by her mother’s disappearance, Shirase Kobuchizawa has been working hard to fund her trip to Antarctica. Despite facing doubt and ridicule from virtually everyone, Shirase is determined to embark on this expedition to search for her mother in a place further than the universe itself. Inspired by Shirase’s resolve, Mari jumps at the chance to join her. Soon, their efforts attract the attention of the bubbly Hinata Miyake, who is eager to stand out, and Yuzuki Shiraishi, a polite girl from a high class background. Together, they set sail toward the frozen south.

Sora yori mo Tooi Basho follows the captivating journey of four spirited girls, all in search of something great.

The expedition to Antarctica ends up being the catalyst for the personal growth that we see with these characters. Each of the girls have their own reason to go, but once they leave their comfort zone and embark on this journey, they ultimately end up finding what they were looking for and a lot more. It’s not all that surprising that friendship plays such a big part in this show, but it’s handled in a way that doesn’t come across as hokey or overly sappy, like you sometimes see in shows similar to this.

Whether it’s Shirase having to come to terms with the past, Mari learning to take a chance and live, Hinata finding the value of true friends, or Yuzuki finding friends and taking a break from the life she was forced into, each of the girls have their own issues to sort out. Together, they manage to do just that. As much as I appreciated the stories of the other girls, Shirase’s arc is the most emotional and the one that you remember most. Along the way, you’ll laugh, you might even cry, but regardless of the tone, the stories don’t cease to be entertaining.

With all this serious talk, I don’t want to make it seem as though this anime is too serious, because there’s actually plenty of comedy that lightens the mood and helps make each of the girls a lot more likable. I really liked how well the show balanced the more serious and emotional aspects of the story with the typical gags and easygoing nature you’d expect to find in a slice of life anime. It never really sways too far one way or the other, yet it manages to provide the best of both worlds, and it makes for one entertaining ride.

Overall, A Place Further Than The Universe is a coming-of-age story where everything just seems to come together so nicely. The character development is very believable, neither the comedy nor the drama manage to overwhelm the other, and the individual character arcs are handled with care, so this unassuming story about a group of girls going to Antarctica was a pleasant surprise if I ever saw one~

“Of course, with an all-female main cast, you can find a way to ship any and all of these girls to your heart’s content, but what really caught my attention was a little tidbit mentioned during one of the episodes.“

For a character-driven story like this, it’s great that the four girls are perhaps the best thing about this show. All four prove to be charming, charismatic, and entertaining, and together their chemistry is off the charts.

Mari checks all the boxes required to be a main character, and there’s rarely a dull moment when she’s involved. Well, you can probably say that about all of the girls, yet she comes across as one of the main sources of comedy, and who can forget about her little tanning mishap?

Obviously, Shirase is the one whose story is at the center of this anime, and I don’t know how anyone could come away from this not liking her. Yeah, she’s stubborn and tough to deal with at times, but you’ve got to admire her determination amidst all she’s been through. It’s nice that she was finally able to get closure and come to terms with what had happened. The email scene was another of my favorites, as was her stint as a sensational reporter. She may have been resolute, but at the same time, she was kind of a dork, which helped her fit in really well with the other girls. 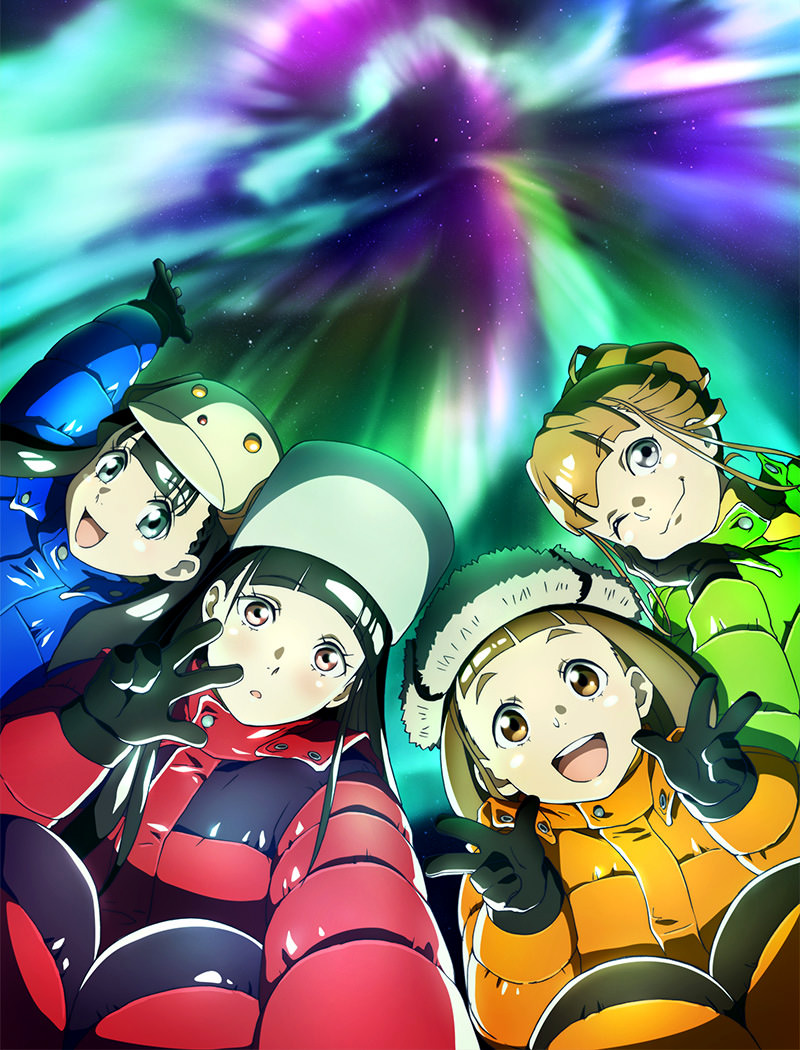 All of the main characters are extremely likable, so it’s hard for me to choose a favorite, but if I had to, I’d probably say Hinata. She’s a little bundle of energy that always seems to brighten the mood and make everything just a tad bit more fun. Along with Mari, Shorty is arguably the most colorful character of the bunch, and I loved how considerate she was, which is funny since she didn’t like it when other people would be considerate of her.

Yuzuki admirably fills the role of the impossibly sweet girl, and her story of a child actor who’s finally experiencing real friendship is yet another feel-good story in an anime that has many of them. Despite being a year younger than the other girls, you could argue that she’s the most level-headed and mature of the group, in addition to being absolutely adorable.

Even though she didn’t get a lot of screen time, Megu was another character that I liked a lot. Her “break-up” scene was one of my favorite moments in the entire anime, and I loved that things turned around for her and her situation ended on a high note. I think I would’ve loved it even more if she had been part of the main group, but I guess it just wasn’t meant to be…

As for the yuri, it’s something very different. Of course, with an all-female main cast, you can find a way to ship any and all of these girls to your heart’s content, but what really caught my attention was a little tidbit mentioned during one of the episodes. What I’m talking about is the scene where Shirase is dominating the other women at mahjong, and Kanae says they should quit, since they can’t win against the daughter of Gin and Takako. 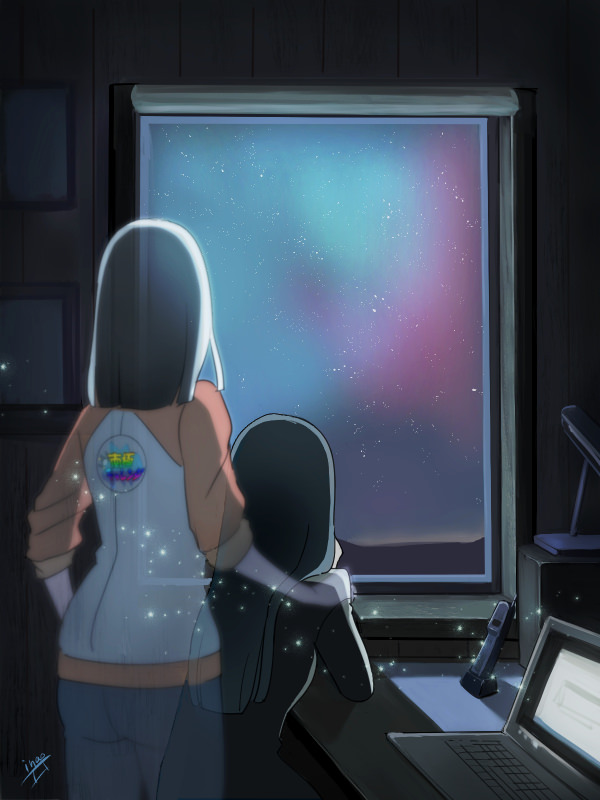 I don’t believe there’s a single mention of Shirase’s father in this show, so Kanae saying it like that definitely raises eyebrows and made it seem as though Shirase had two moms. Of course, we only see Takako in flashbacks, but from those flashback scenes as well as present day conversations, I think you can infer that perhaps Gin and Takako were romantically involved. It’s a unique situation for sure, and I’m not exactly sure how I should score it. Anyway, the yuri subtext between the main characters turned out to be a lot less than I thought, and I’d say it’s this other adult relationship that ends up being the main source of yuri content.

For a slice of life anime, these characters display a surprising amount of depth, and I wasn’t expecting that at all. I guess I’m just jaded at this point, but for how engaging and believable these characters are, you can’t help but like them and root for them all. Individually, they’re enjoyable enough, but collectively, the characters in Yorimoi are one of the better casts that you’re likely to find, in my opinion~

I feel like Madhouse is one of the more consistent anime studios when it comes to animation, and despite this being a slice of life anime, Yorimoi has its moments when it delivers some very nice eye candy. A lot of these moments showcase some beautiful backgrounds as well as the beauty of Antarctica, and in general, I’m a big fan of the look of this show.

Aside from an action-heavy scene—or at least an anime scene with a good amount of drama—background music tends to be one of the least notable aspects of my anime viewing experience. While I noticed (and appreciated) the music in this anime more than I thought I would, it’s still not something that really sticks out in my brain after watching. That said, the more poignant moments were made a lot more impactful because of the music, and that’s when this anime was at its best.

I thought that the voice acting was also very good. The voice actresses for all four girls were fantastic, but it was especially nice to have HanaKana not using her cutesy voice, for once. I love that voice, but for a story like this, it’s not really needed. What was needed was Saori Hayami voicing Yuzuki. To me, there isn’t a more pleasant-sounding Japanese voice than hers, and that was another perfect casting job. Between the music and voice acting, there just isn’t anything bad you can say about this anime, so this is another instance where it gets pretty high marks.

I think a lot of people kind of scoff at slice of life anime and immediately disregard it as just fluff with little redeeming value, and in some ways, that can be true. There are plenty of “cute girls doing cute things” anime like that, but then there are shows like A Place Further Than The Universe that are much more than that. It certainly doesn’t skimp on the cute girls, yet it’s also an inspiring coming-of-age story that you can’t help but love. I think even those people who don’t classify themselves as slice of life fans can find enjoyment in this anime, and for those who do like the genre, I think we can agree that this is one of the best slice of life anime in recent memory~ 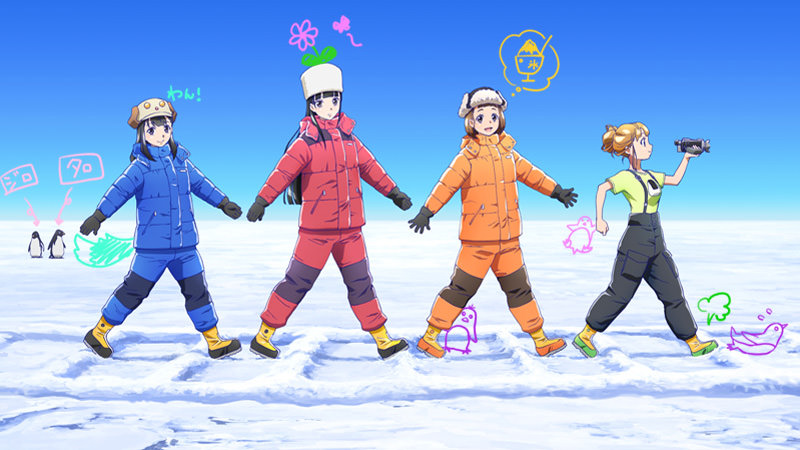 22 thoughts on “Anime Review: A Place Further Than The Universe”