So sorry about the picture, I just found it funny for some reason 😀

This will be more of an interactive kind of post, and we’d much appreciate if you’d take the time to participate as well. As the title would suggest, this is going to be a post in which we want to get to know you, our readers, a little better.

So far, we’ve mostly just covered who we are and more information about us, but this time, we’d like to focus on you guys.

YuriReviews has developed into a blog where a lot of interaction happens. Mostly between the readers and Jamesy and I, but also among you guys, individually. It’s a really awesome thing to see conversations going on and on and people having a good time talking to each other about the genre we all came to love, but also many more things. There are so many regulars that we’ve come to know and love, and there are also so many new faces showing up every now and then. So we thought, why not create something like a little guest book?

You can basically leave some information about who you are and whatever else you wanna say. This way, we’ll get to know each other way better and have a place to come back and read about the people on the blog.

Jamesy and I came up with some ideas on how this might look to start the post. 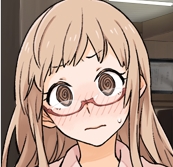 Random Facts About Yourself: I’m super lazy, I can sleep up to 15 hours, I have an office job, I’m really bad at math, Nutella is awesome 😛

Favorite Yuri Scene in Anime or Manga: Shizuma’s confession in Strawberry Panic – I just can’t forget how she just interrupted the whole ceremony and went like “Nagisa – I love you!” That was just too good!

Manga You’d Like to See Get an Anime Adaptation: Pulse by Ratana Satis 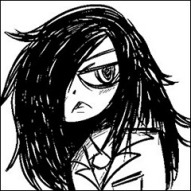 Random Facts About Yourself: I started on YR being L’s beta before moving on to writing some guest posts then writing full-time, ran track in high school, rapper name was Skittles 😛

Favorite Yuri Manga: Shitsurakuen (I actually don’t like to read at all, but I still read this one :P)

Favorite Yuri scene in Anime or Manga: That scene in Kuzu no Honkai where Hana and Ecchan end things but decide to remain friends~

Manga You’d Like to See Get an Anime Adaptation: Uhhh… Girl Friends, just so everybody is happy 😛

Random Facts About Yourself:

Manga You’d Like to See Get an Anime Adaptation:

If you want to, leave a link to your Blog/Tumblr/Twitter, etc.

And basically whatever else you wanna share. Be creative~

Feel free to add anything, leave anything out, or do whatever with it, really.  Just be creative, and have fun getting to know the people on YuriReviews~

Also, feel free to ask people questions or start conversations about anything they write.