We admittedly don’t have much to cover this time, but the things we do have are pretty damn awesome~

So let’s start things off with the first Bloom Into You trailer:

This short trailer might only cover a mere minute, but what this shows us is so much! Not only did they reveal the voice actresses for Touko and Yuu, they also gave us a taste of this gorgeous-looking animation. This sure blew me away.

It’s not just the animation that looks high quality though, the art style in general looks pretty nice, too. The characters don’t just remind me of the Touko and Yuu we know from the manga, they really managed to bring this unique character design and art style of mangaka Nakatani Nio to life.

Okay, before I squeal myself to death, here’s the info about the voice actresses we were able to make out from the trailer.

And in case it’s been a while for you since you read the manga or if you’re completely new to it, here’s a short plot summary for you.

Yuu has always loved shoujo manga and awaits the day she gets a love confession that sends her heart aflutter with bubbles and blushes, and yet when a junior high classmate confesses his feelings to her… she feels nothing. Disappointed and confused, Yuu enters high school still unsure how to respond. That’s when Yuu sees the beautiful student council president Nanami turn down a suitor with such maturity that she’s inspired to ask her for help. But when the next person to confess to Yuu is Nanami herself, has her shoujo romance finally begun?

I can’t repeat myself often enough – what a time to be alive! 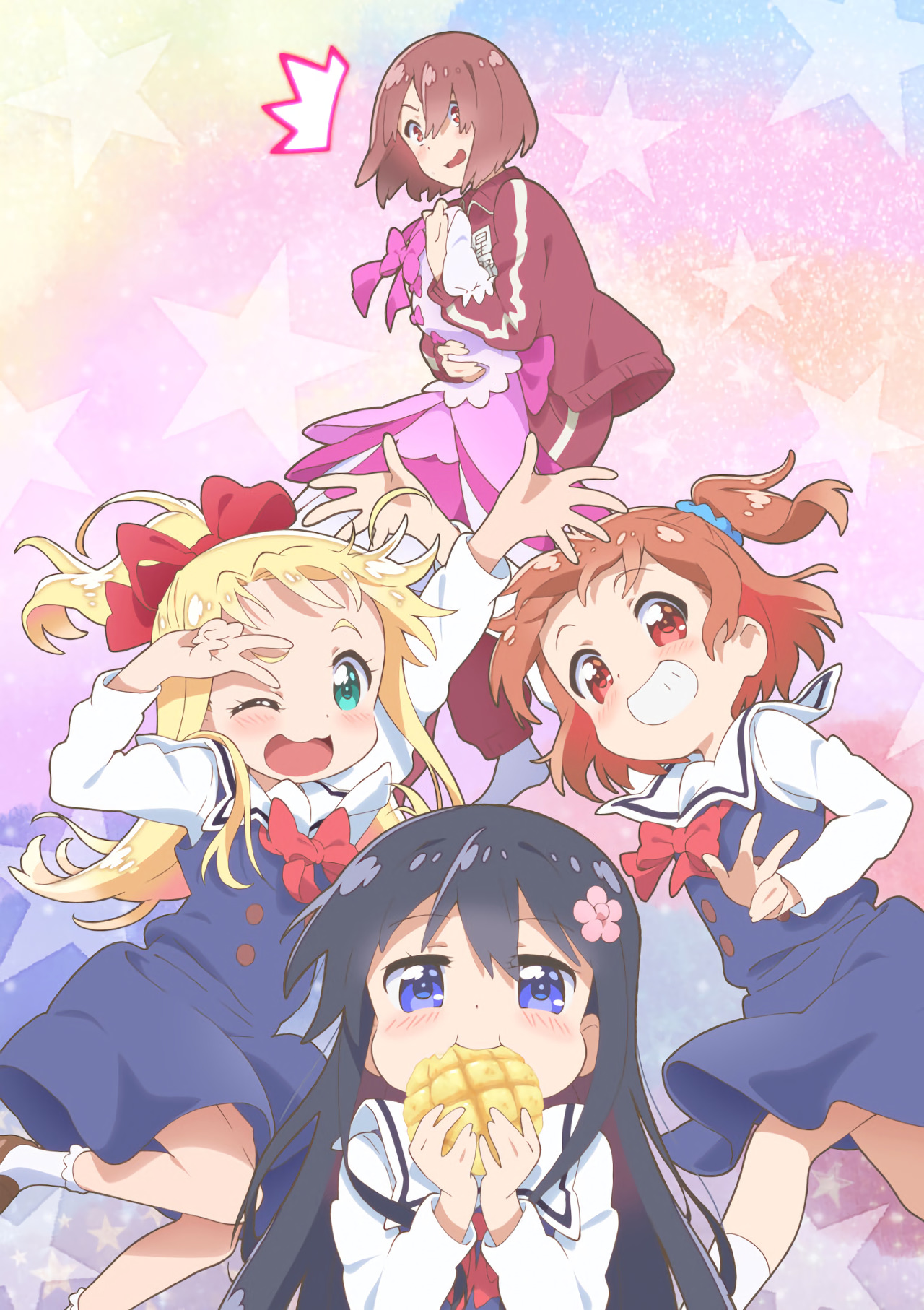 Next up, we have another yuri anime adaptation?!

Yup, you heard right. As revealed earlier this month, manga Watashi ni Tenshi ga Maiorita! by Mukunoki Nanatsu—a series straight out of the Yuri Hime magazine—will get an adaptation, too. There’s no specific date for it yet, but here’s what we’ve gathered.

Synopsis: The four-panel comedy manga’s story centers on Miyako Hoshino, a shy college student and otaku. Miyako’s younger sister Hinata, who is a fifth grader, has a classmate and friend named Hana. When they meet, Miyako falls for Hana at first sight.

To be honest, I had never heard of this one before, so I can’t say much about the source material. However, after reading about the people who are working on the adaptation, my hopes for this to turn out great just skyrocketed!

Quite a few staff members who had previously worked on New Game!, Yuru Yuri, and Kobayashi-san Chi Maid Dragon will work on this one. Furthermore, taking a look at the anime studio behind all of this, namely Doga Kobo, and their resume of awesome (yuri-ish) shows just goes on and on.

So, I guess in short, this is one to definitely get excited about!