First up, if you haven’t already, please check out our List of Yuri Anime Kisses post that we published last week. With your help, we’ve added a lot more kisses, so feel free to check out the additions or help us out with some more suggestions~

As it seems, 2018 continues delivering all the yuri goddess we could ever wish for. Moving on from great yuri anime announcements, as well as the continuous visual novel surprises, here’s the next the next big one that MangaGamer is bringing to the West: Lilycle Rainbow Stage!!!

Here’s some info taken from its official website over at MangaGamer.

The Lilycle yuri CD series returns, featuring the same all-star cast, but now in a fully-visual adventure game. While a must for dedicated yuri fans, the fun and easygoing stories contained within will warm the hearts of all who read them.

Lilycle has a sweet, heartwarming story bursting with content, with cheerful and highly-detailed illustrations by Sakura Miwabe, and featuring a sophisticated game system viewed from the standpoint of one character at a time. As every character’s perspective is shown, you could say that they’re all the protagonist!

All story episodes are selected from the main menu, which is arranged like a calendar, with different ones viewable on different days. Once specific episodes are completed, new ones will become available, allowing the player (that’s you!) to experience the intricacies of Lilycle’s storyline. 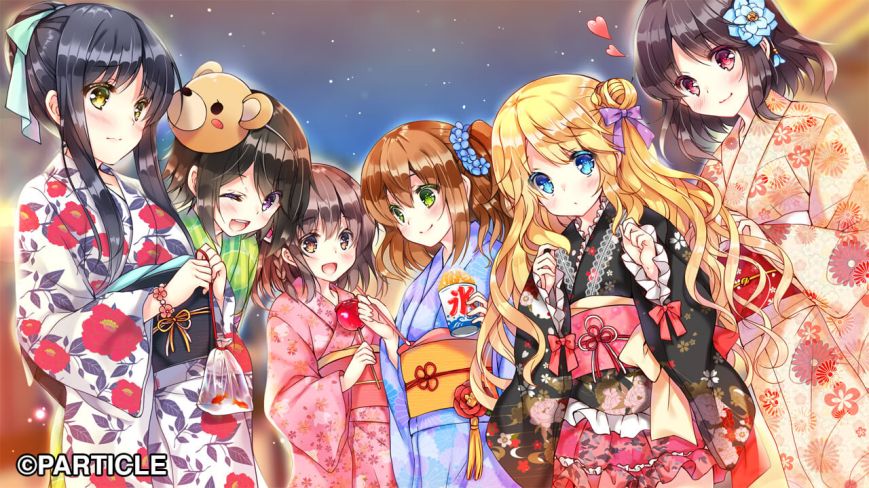 Synopsis: Yuno loves Tamaki’s smile, and wants to her witness her dreams coming true…. though having not seen much of Tamaki lately, Yuno’s been feeling somewhat down. She depends on Saeka a lot, and since the latter always comforts her in times of need, Yuno can feels as though she can talk about her problems without a care in the world.

Tamaki wishes with all her might that she could keep watching over Yuno, who’s always been number one in her heart… but the circumstances around her are changing, little by little. It’s not only one girl she has to keep watch over now, after all. Saeka has always been dependable and supportive, and Tamaki’s has begun to feel confused…

“Sigh… Looks like she always needs someone by her side too…”

Saeka still has a crush on Yuno, but has been enraptured by Tamaki’s aura, and finds that she can’t leave her alone. Recently, she’s been mulling over whether or not she wants to try and change the way she is…

As they chat, grow closer, become jealous, get embarrassed, and laugh…

There’s unfortunately no release date yet, but I guess with all the great yuri things around lately, the wait won’t be that hard. 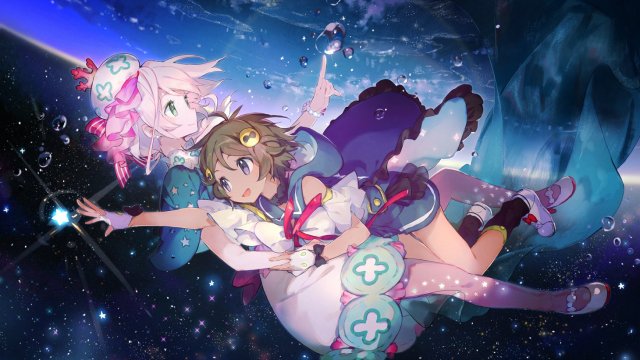 Moving on to other yuri visual novel news, we have Studio Elan’s free prologue game, The Waters Above: Prelude.

The Waters Above isn’t a game about young love or burgeoning romance. It’s a game about mistakes and forgiveness, commitment and what we take for granted. It’s about that moment in a relationship where you realize exactly how much you have to lose, and you’re just praying that you didn’t realize it too late.

A giant dome separates the Earth from the vast ocean sits above it. Maera is a young sea nymph who lives in that ocean and there she and the rest of her kind tend to the stars that light up the sky at night. And among them she is one of the best. That is why she is chosen for perhaps the highest honor she could receive. She is picked to be the caretaker for the first star born in over a hundred years. Births are becoming rarer and magic is fading. The world is getting old and every decision takes on new importance. Her girlfriend Clio wants nothing more than to leave, and to be free, but Maera is bound by her sense of duty.

The Waters Above is a short yuri kinetic novel that presents a fantastic and strange world. A world that combines the ocean depths and the outermost heavens. A world where magic sustains every aspect of life and that magic can no longer be counted on. And this world is brought to life by art from the wonderfully talented Namie and Loika to create a new kind of fairytale where the affairs of the world aren’t so important as the affairs of the heart, and everyone suffers the consequences of that

Get the game either on Steam or itch.io. 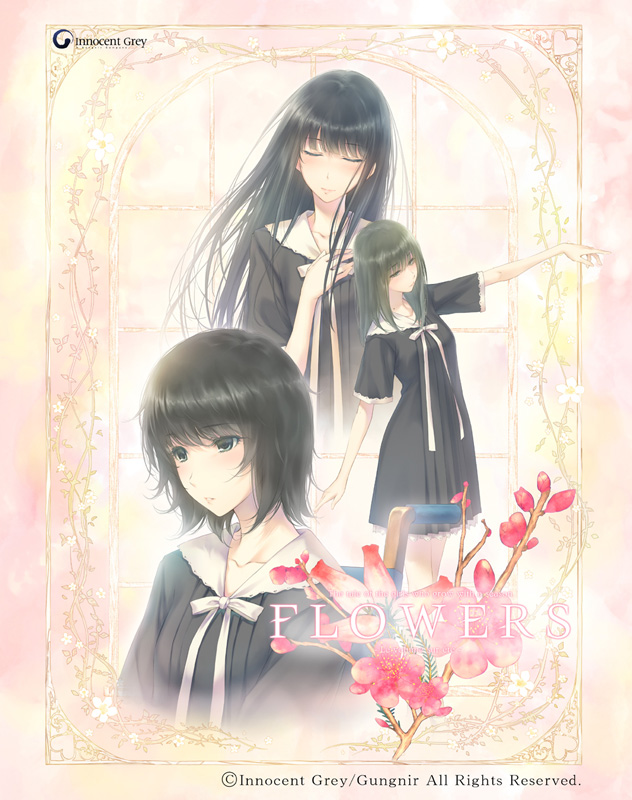 Admittedly, due to a serious lack of free time lately, I couldn’t even find the time to finish the first installment. Seeing that we’re now getting more and more puts some serious pressure on me to finally finish this gorgeous visual novel. Of course, I’m talking about Flowers, more precisely the most recent installment, -Le Volume sur Été-, which will be released tomorrow!

Not only that, JAST USA also announced that they are already working on Flowers -Le Volume sur Automne. How fast do they work?! And how amazing is this?! 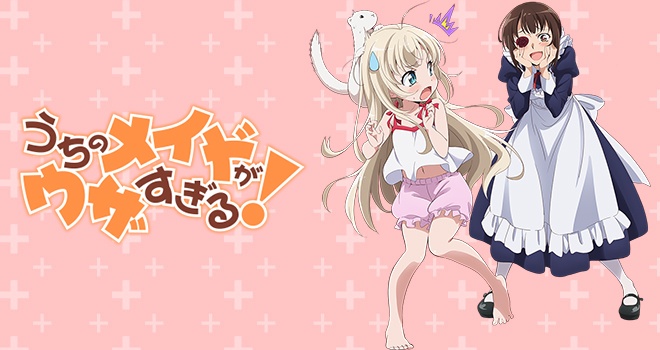 Last but not least, I almost missed this one! Uchi no Maid ga Uzasugiru, a comedy yuri manga adaptation, will premiere this fall already! Here’s a short summary.

Having lost her mother at a young age, Misha Takanashi, a second grader with Russian blood, now lives with her Japanese father. Tsubame Kamoi, formerly a Self‐Defense Force officer, comes to the Takanashi household as a housekeeper. This is a home comedy where Kamoi, a hardcore lolicon, attempts to get near Misha as she tries to fight against her.

I remember a few years back when I read the first few chapters of it. I guess the lolicon aspect might scare quite a few people off, but I still found it to be pretty hilarious. Looking forward to its release!

Also, let’s not leave out the best part of this piece of news. Here’s the trailer~