Continuing our look at what this year has offered us so far, we come to Uma Musume: Pretty Derby (TV), a show about horse girls who compete to be the best horse girl in Japan. Sounds kind of like it shouldn’t be very good, but it’s actually not that bad…

Synopsis: In a world very much like our own, great race horses of the past have a chance to be reborn as “horse girls”—girls with the ears and tails of horses as well as their speed and endurance. The best of these horse girls go to train at Tokyo’s Tracen Academy, hopefully moving on to fame and fortune as both racers and idols.

Special Week, a high school horse girl from the countryside, has just transferred to Tracen, and she’s determined to fulfill her promise to her mother to become the best horse girl in Japan. On her way to school, she takes a pit stop at the race track and instantly falls in love with Silence Suzuka’s style, becoming determined to race on the same team as her.

As one of the few sports that they can legally gamble on, you can say that Japan has a love affair with horse racing. That love has manifested itself in many forms, the latest being Uma Musume: Pretty Derby (TV), which acts as a prelude to a forthcoming mobile game in the series. The idea of horse girls may seem strange, but Uma Musume does its best to present itself as a mostly serious sports anime, and I have to say that it mostly succeeds in that regard.

The story is similar to many other sports anime, with an aspiring young talent determined to make their way to the top of their sport. Along the way, they encounter setbacks, but through perseverance and hard work, they ultimately accomplish their goals. This anime executes the formula pretty well, and with two teams of horse girls competing within Tracen Academy, there’s a strong emphasis on teamwork, even if it is still an individual sport.

“Anyway, Special Week and Silence Suzuka provide the cute friendship that puts this show on the yuri map.“

Compared to other sports anime, Uma Musume is kind of lacking in drama, especially since the girls from both Team Spica and Team Rigil are friendly towards each other. That said, the races are fairly exciting, though I would have liked to have seen some of the girls race against each other more often. A sports anime that’s on the light and fluffy side sounds a little different yet fun, and from a comedy standpoint, I felt like Uma Musume could’ve been a bit stronger, with the running gag of a character (usually Gold Ship) getting an eye injury often being one of the only sources of laughs from me. The occasional big bellies when the girls eat too much are also pretty amusing.

The story is also a bit light in character development, so despite the absence of meaningful drama, this is very much your standard sports anime storyline. I don’t know about anyone else, but one of the biggest reasons I watched this was for some horse girl racing action, and that’s where this anime delivers in spades. So if what you’re looking for in a sports anime is simply the thrill of competition, this anime delivers that, just not a whole lot more.

Since Japanese sales have been strong, I can foresee a second season eventually being made, and with the amount of girl-led sports anime lately, that sounds like a pretty good idea to me~

There are a lot of horse girls to be found in Uma Musume, but not that many left a lasting impression on me.

Special Week is a pretty likable main character, even though she definitely fits the mold of your standard anime protagonist. Going from living with one of her moms (her birth mother died giving birth, so she’s been raised by a human mother) and not knowing any other horse girls, she acclimates quickly once she arrives at the academy, and it helped that her roommate was the first horse girl that she saw in person, Silence Suzuka.

With lofty aspirations to try her hand overseas, Silence Suzuka is as dedicated as anyone to improve and rise to the top of the Twinkle Series, but despite being all business, her and Special Week hit it off and become fast friends. These two are the easiest pairing to ship, and their friendship continued to improve as the season went on. Once Suzuka suffered an injury, Special Week was the devoted friend who was always there by her side, and by that point, they’re practically inseparable. It may only be the standard romantic two-girl friendship, but at least the male trainer doesn’t mess things up, even though he is kind of pervy and sometimes feels the legs of prospective horse girls. Anyway, Special Week and Silence Suzuka provide the cute friendship that puts this show on the yuri map. Just think of it as a nice little incentive for viewers. 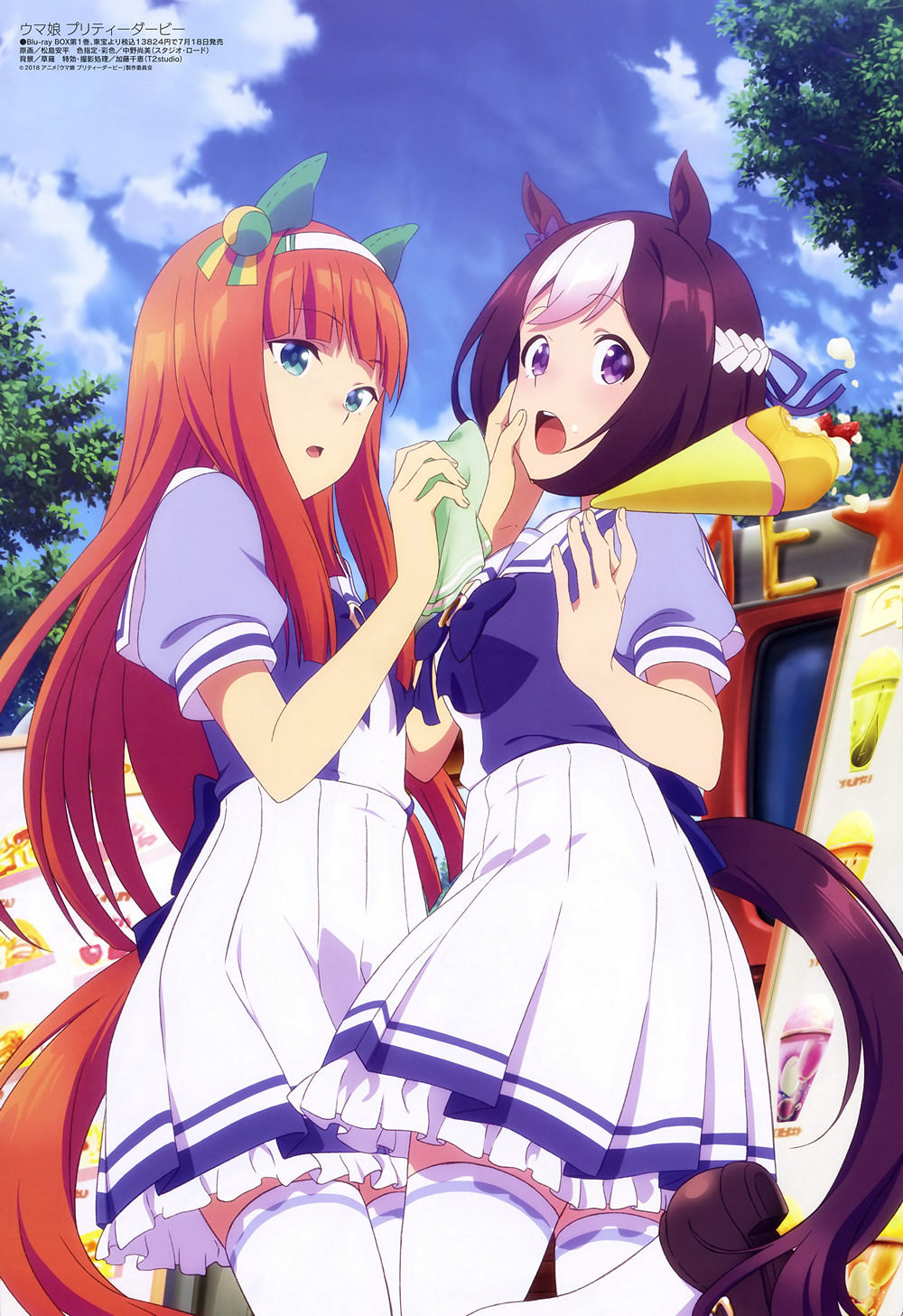 Despite being two of the fastest horse girls in the anime, I thought that Grass Wonder and Seiun Sky were kind of lacking in personality. Other forgettable girls include Vodka, Haru Urara, and another girl that frequently appears during the races but never seems to finish at the top, King Halo.

On the flip side, there’s El Condor Pasa, who’s probably one of my favorite characters in this anime. It’s not too much of a surprise that she’s a foreign horse girl who has that lovable Karen Kujo vibe going on. Tokai Teio is also a lot of fun (and she’s a big fan of the student council president, Symboli Rudolf), and the combo of Gold Ship and Mejiro McQueen not only provide some of the best entertainment, they’re also providers of some yuri subtext. But unlike Special Week and Silence Suzuka, their relationship mostly consists of Gold Ship dragging Mejiro McQueen along with her, so it’s the butting of heads and the banter that comes along with it that makes me like these two so much. Separately, I think they’d stand out more than some of the other horse girls, but together, they’re some of the most fun to be had.

With a larger cast of characters than some other anime, it’s not too surprising that there are some winners and losers among the cast. Compared to Team Rigil, I’d say that Team Spica generally has the better girls, but even they aren’t outstanding enough for me to go above a seven for the character score. That’s a solid score, and I feel like, for a pretty large cast, that’s pretty good.

Being a sports anime, what matters most about the animation are the races themselves, and I’d say that Uma Musume does pretty well in this regard. I mean, this isn’t Redline or anything, but the girls’ movement is always fluid, and through heavy usage of speed lines, you do get a good sense of speed. A racetrack probably isn’t the most scenic of backdrops, but when it comes down to it, this is a solid-looking anime that may not wow you visually, yet it presents horse (girl) racing in a positive and exciting light.

And I was a little surprised at the lack of fanservice. You look at some of the other recent sports anime that star girls (Hanebado!, Keijo!!!!!!!!, Harukana Receive), and the level of fanservice in Uma Musume pales in comparison. I like that you can have a sports anime that doesn’t have to show off the girls’ bodies or feature breast physics. Just my two cents.

As for the sound/music, one thing that I think doesn’t help this anime is the presence of play-by-play during the races. It’s sometimes hard to get a read on the music when you have the announcers talking over it, not to mention the girls’ inner monologue added into the mix. As the season wears on, this is less of a problem, but the music still isn’t all that special. It does, however, add to the excitement factor, and without it, the anime just wouldn’t feel as thrilling.

What at first sounded like a ridiculous concept, Uma Musume: Pretty Derby (TV) actually turned out to be a respectable sports anime that might appeal to both sports anime fans and fans of cute girls doing cute things. Even if the concept is different, it’s a mostly familiar approach that probably won’t blow anyone away, but for me at least, this anime still turned out better than I would have guessed. 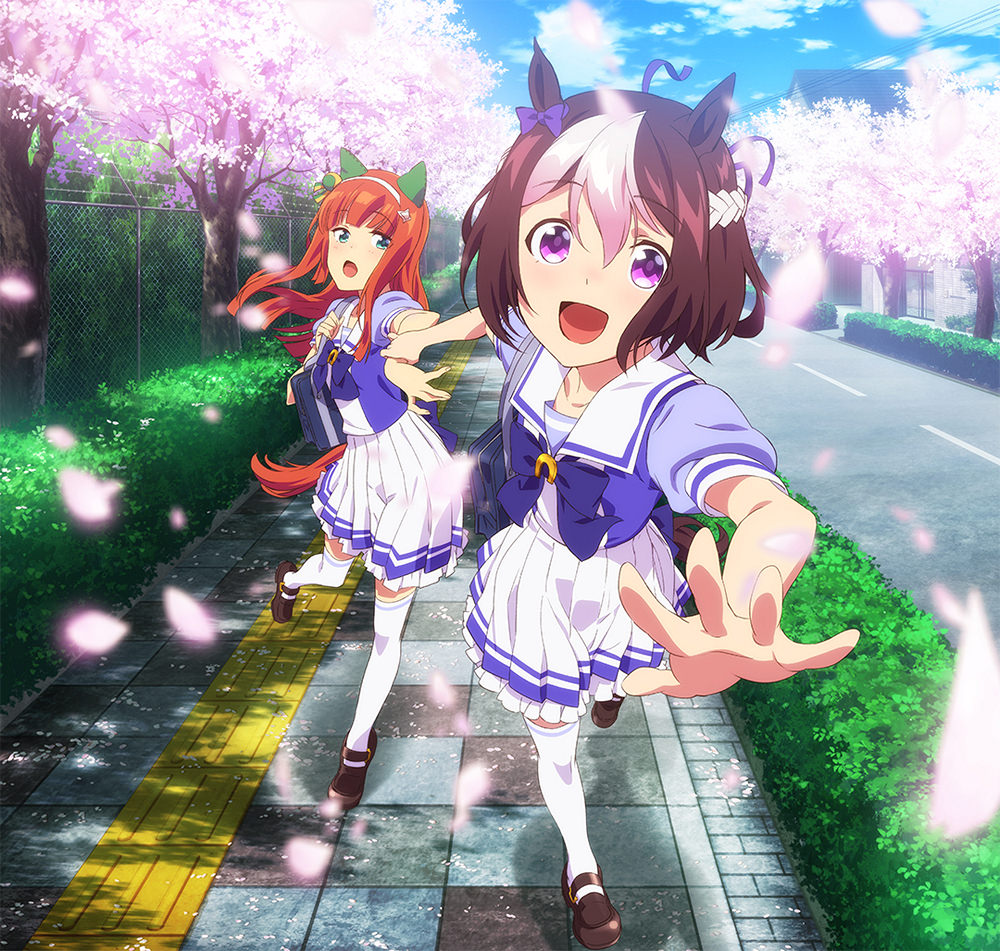