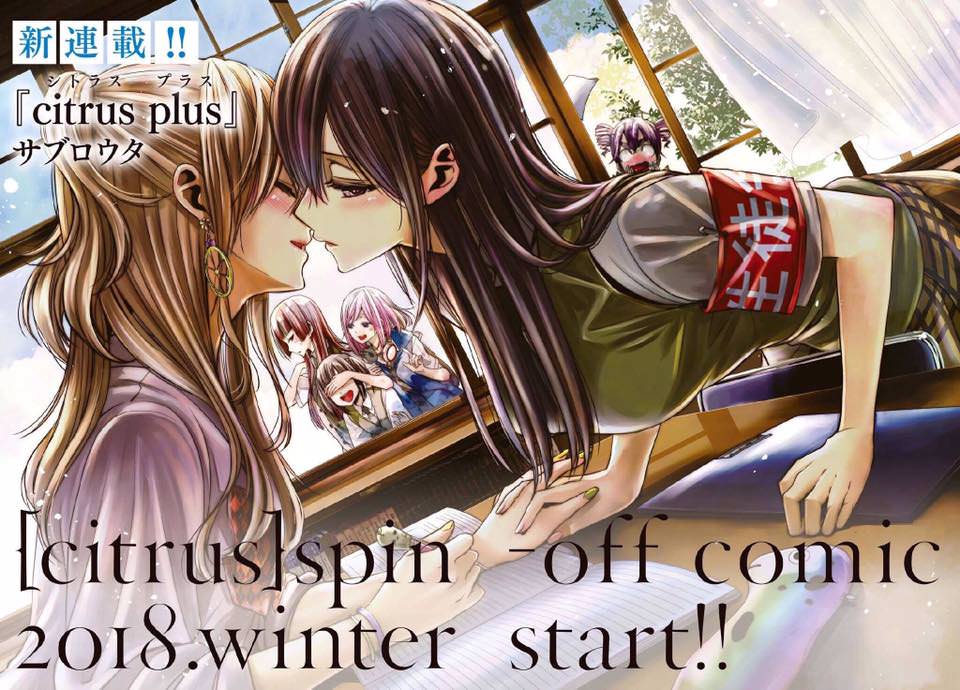 In case you’ve been living under a rock, you should know by now that after its conclusion, it’s been announced that Citrus will see a spin-off series called Citrus Plus.

Those of us who have been feeling the withdrawal of not having Yuzu and Mei in our lives won’t have to wait too much longer, as Winter 2018 is when Citrus Plus is set to begin.

As of now, it’s not yet known if it’ll be Yuzu and Mei or the supporting characters starring in this spin-off (the pic suggests it’ll be Yuzu and Mei), but it’s still really exciting to know that we’ll be getting even more Citrus in our yuri diets pretty soon. *crosses fingers for a sex chapter* 😛 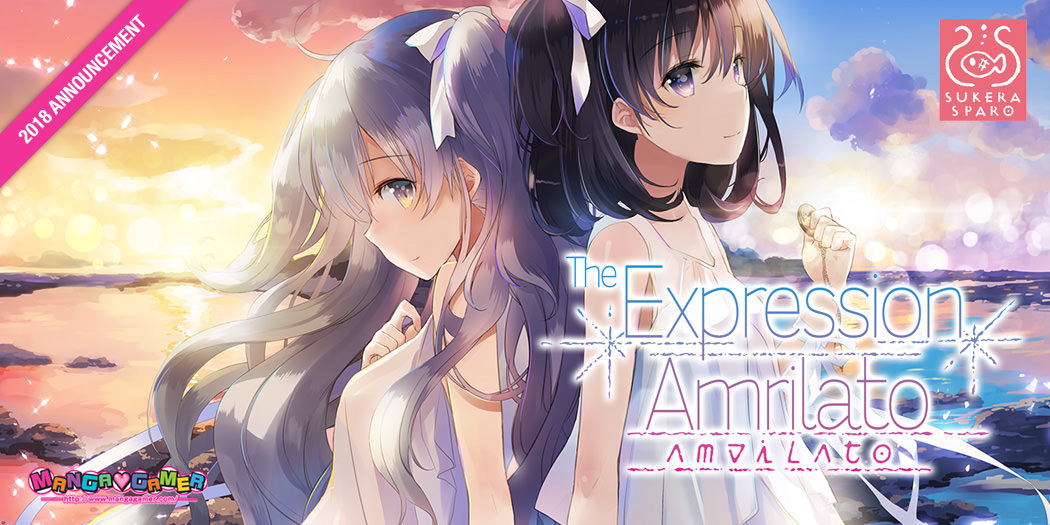 Moving on to some exciting visual novel news, MangaGamer has announced that they’ll be bringing Kotonoha Amrilato to the West.

Here’s the synopsis from MangaGamer:

High schooler Rin was just buying a snack in her hometown’s shopping district一but she gets a shock when her surroundings suddenly transform.

She should know this area well, but the unreadable letters on the signs and the strange language the people are speaking have made things unrecognizable.

…Just then, Ruka, a girl so cute she could be an idol, appears and extends a helping hand.

Rin, a high schooler who claims to have positivity in spades, and Ruka, a supportive girl who speaks just a smattering of Japanese.

This is the story, pure and sometimes frustrating, of two girls intertwined by their fumbling efforts to communicate.

For a while now, this has looked like one of the most promising yuri visual novels out there, and now so many more people will get the chance to check it out. The title is already fully translated and edited, so it sounds like we’ll be getting our grubby little hands on this very soon!

In case you’re wanting to see a little more of it, here’s the opening video. 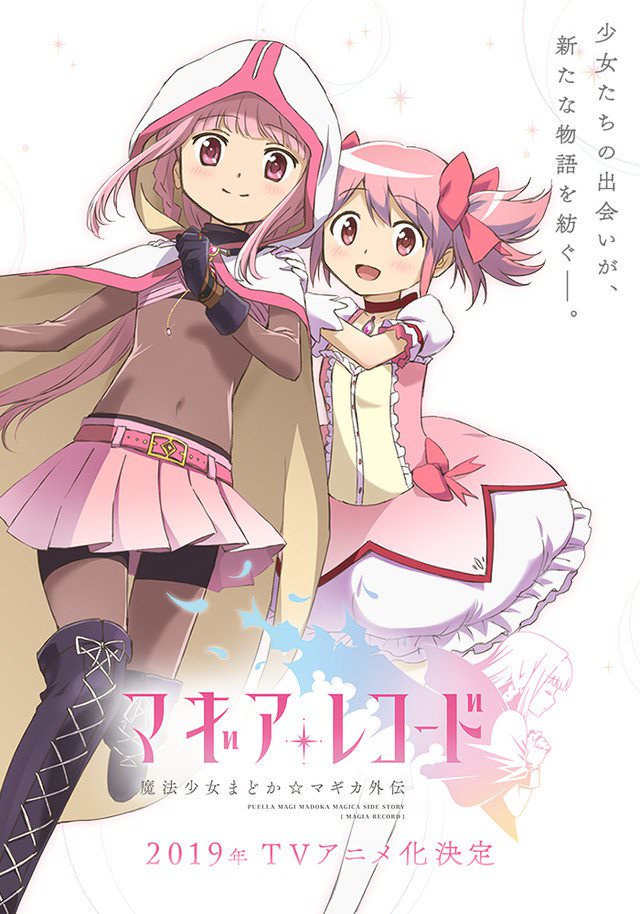 In anime news, Madoka★Magica fans rejoice! During Magia Day 2018, it was announced that Magia Record: Mahou Shoujo Madoka☆Magica Gaiden, an RPG for iOS and Android devices, will be getting an anime adaptation in 2019.

We always knew that we’d be getting more Madoka★Magica, but I don’t think this is what many people expected. Even if it’s not the hotly anticipated follow-up to Rebellion, are we going to turn down more Madoka? I don’t think so!

Here’s a description of the game’s story, courtesy of Anime News Network.

The game’s story, a spinoff of the Puella Magi Madoka Magica anime, takes place in the burgeoning city of Kamihama. Guided by a strange power, magical girls gather in this town and battle with a new power drawn from witches. Iroha Tamaki arrives in this town and joins other magical girls to search for her missing younger sister Ui. Before long, Homura Akemi also arrives in the town. “If I can understand the mystery of this town, maybe I can save Kaname.”

For those wondering what 2019 will have to offer us after an amazing 2018, this is a very welcome addition that makes next year look a little better for yuri fans~ 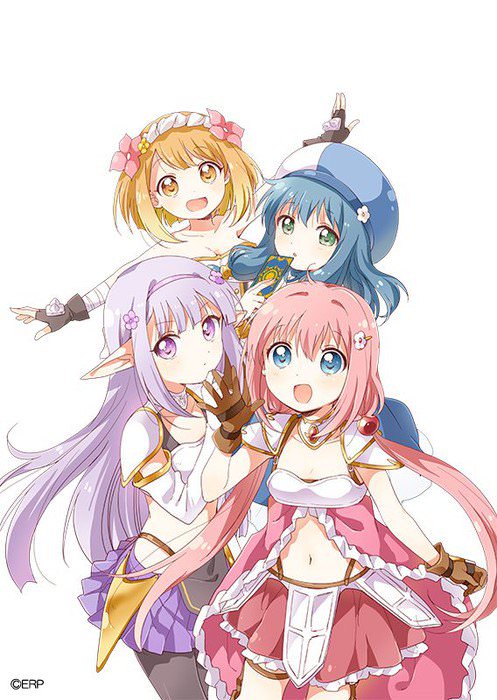 Continuing the anime news, a new original TV anime titled Endro~! will begin airing in January. And if that visual above looks a little familiar, it should. Yuru Yuri creator Namori is the project’s original character designer, while the director of Yuyushiki (Kaori) is helming this over at Studio Gokumi.

In addition to that, the person in charge of series composition (Takashi Aoshima) also worked on Yuri Yuri, Love Lab, and Himouto! Umaru-chan.

Who knows whether it’ll actually have any yuri or not, but with the backgrounds of those staff members, it just might have something for us. 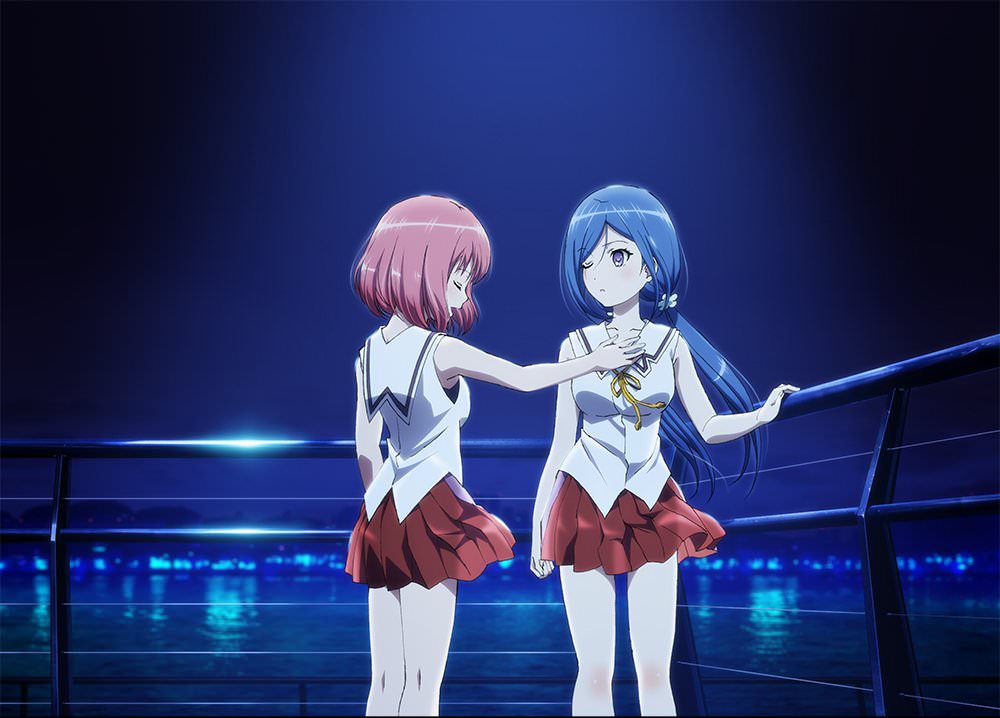 This anime already had my curiosity, but now it has my attention. It helps having the creator of YuYuYu on board as being responsible for the original concept and series composition, and we won’t have to wait long to start watching, since it premieres next month. Here’s the synopsis.

The series is about a girl named Momo who attends high school at the city of Sorasaki. However, she is secretly a member of Tsukikage, an intelligence agency that protects people. As a new member of the agency, she works alongside her colleagues including her senior Yuki and friends. Together, they work to establish peace in the city.

In some older anime news that we missed, the World Witches 10th anniversary event brought with it news that we’ll be getting not one, not two, but THREE new TV anime series. 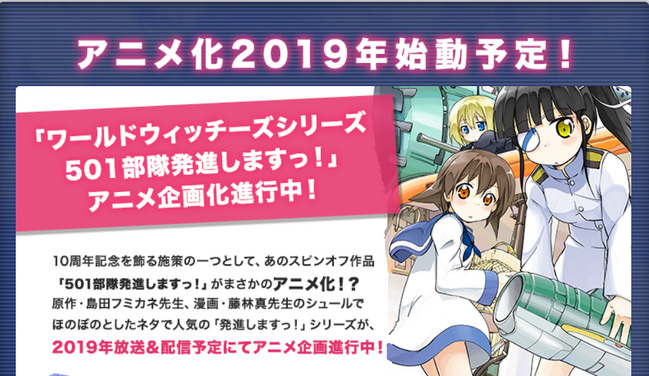 First up is World Witches Series: 501-butai Hasshin Shimasu!, which is set to premiere in 2019. This seems like it’s going to be a less dramatic entry in the series, and considering how much flying and shooting we’ve seen so far, I’m okay with something a little more laid-back.

Yoshika Miyafuji joins the 501st Joint Fighter Wing, a defense unit specializing in taking down alien beings known as the Neuroi. However, in days of no invasion, she and the members of the unit are taking down day to day tasks like cooking and laundry. 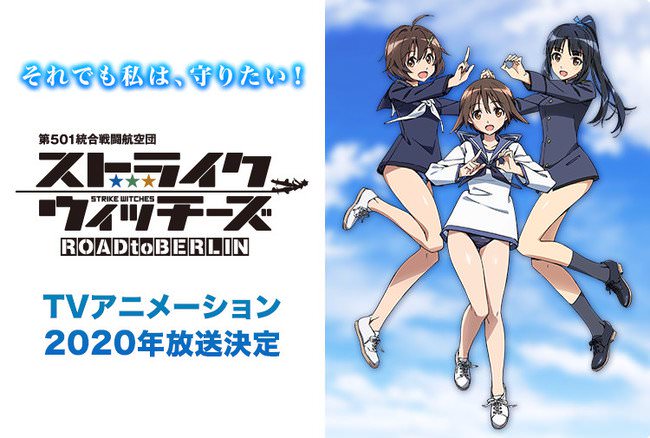 Following that will be Strike Witches: Road to Berlin, and it’s set to premiere in 2020. Production on this series has bounced around from Gonzo to AIC Spirits to AIC to Silver Link., but David Production will be the studio in charge of this one. Here’s the first PV. 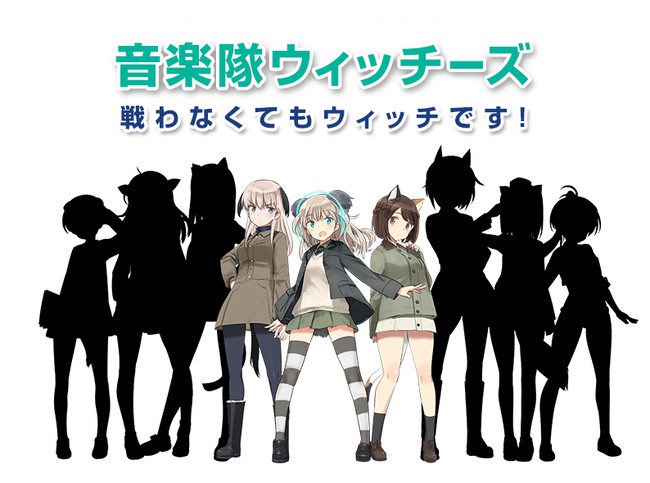 Finally, 2021 gets perhaps the most interesting addition to the series thus far, Idol Witches. Here’s the synopsis.

These are witches who defend everyone’s smiles and fight enemies through the healing power of music. These witches, opposite of those in the defense fleet, are idols known as the Music Squadron.

Given how many spin-offs and sequels this series has had, something like this was bound to happen at some point. Oh well. If watching flying girls that fight aliens while wearing no pants isn’t your thing, maybe you’ll enjoy this a little more. 😛

Lastly, the director of the Asagao to Kase-san. OVA recently sat down to do an interview with Anime News Network, and it was interesting to hear what he had to say about the project. If you have the time, it’s worth a quick read~