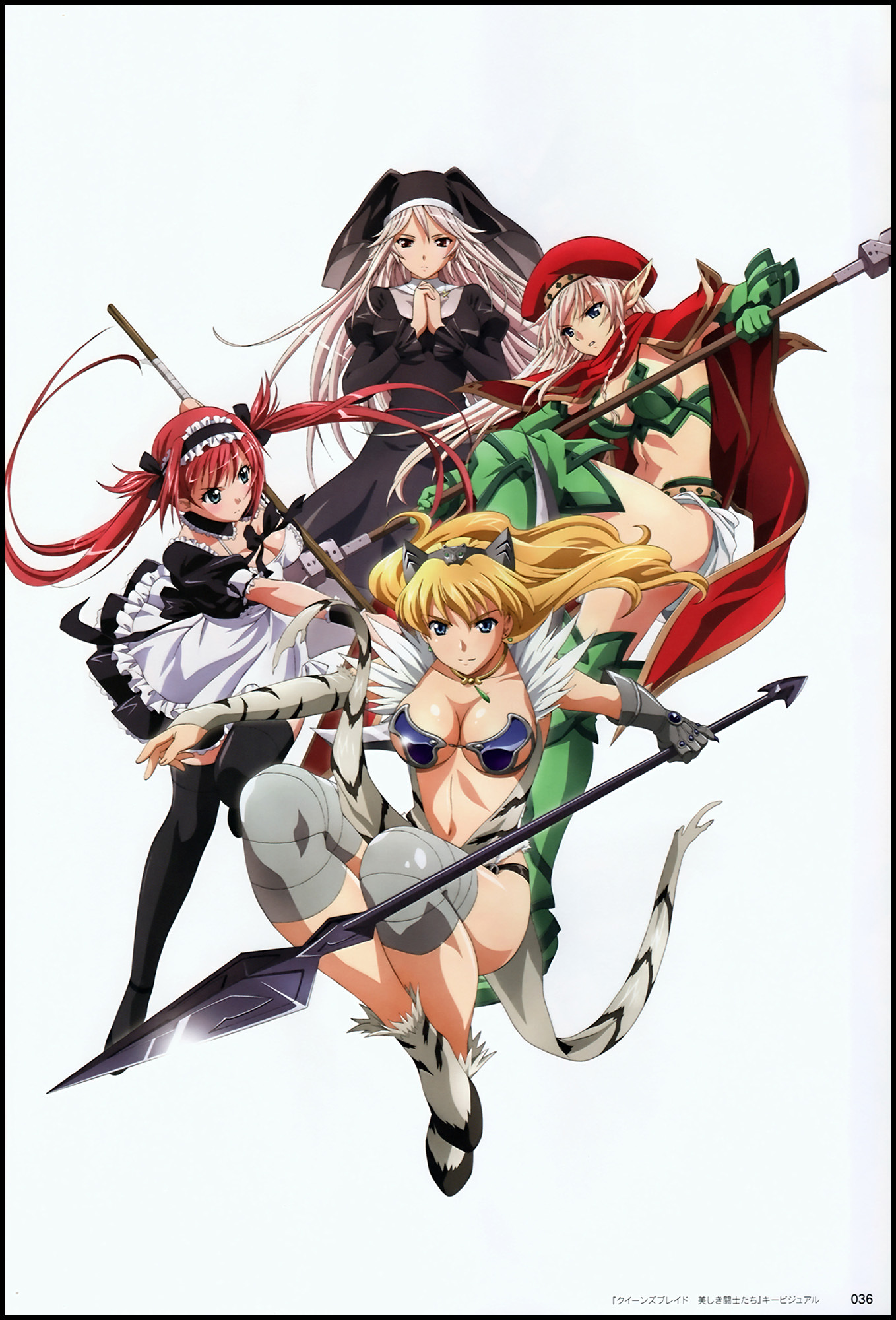 This is now our third review in the Queen’s Blade series, and we’re getting close to being caught up.

A Queen’s Blade OVA brings visions of all sorts of debauchery, but don’t forget that the series is already very debauched, so does it want to push the envelope even farther? Short answer, surprisingly, no. 😛

Season one of Queen’s Blade was all about the journey to Gainos for the Queen’s Blade tournament, Inheritor of the Throne picked up right where season one left off and focused on the tournament itself, and now Beautiful Warriors directly follows up those events and shows us what’s going on with some of the various competitors who took part in the tournament. It’s not like the story of the previous two seasons were great or anything, but this OVA turned out to be a bit more fluff than I was hoping for.

Episode one is all about Elina, and we see what went down between her and Echidna that led to Elina’s capture. Pretty much this entire episode is devoted to showing the extent of Elina’s love for Leina, so I’m okay with it being kind of boring. At the very least, we see plenty of flashbacks of young Elina and Leina, and that helps paint a clearer picture of their relationship. Also, it’s the best example of yuri this season. 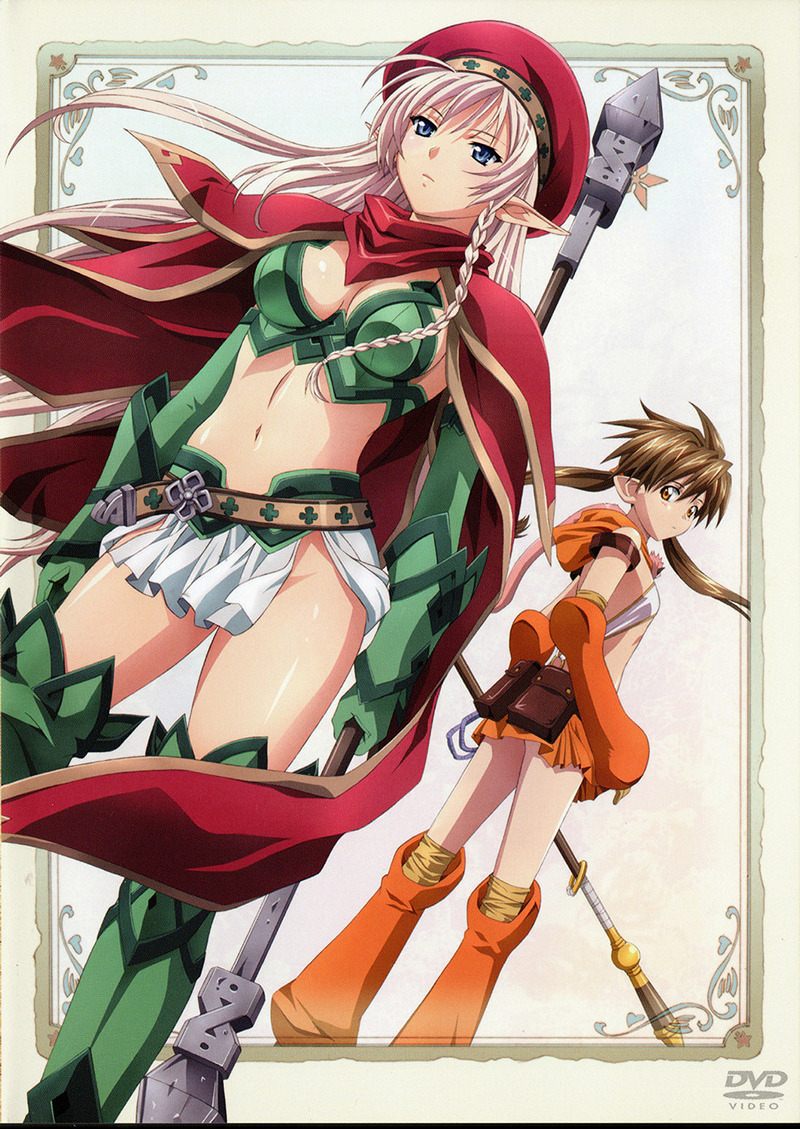 The second episode is a little bit more interesting, and it focuses on Nowa and Alleyne’s journey back home to the Elven Forest. Around the first third of this episode is complete fluff that sees them playing around and goofing off, yet things improve in the second half of the episode, thanks to Nowa’s curiosity. Oh, and Nyx. She creates the conflict that this episode sorely needed. I’m not a fan of Nyx, so I’m happy to see her—and her staff—get their asses kicked, as well as Nowa redeem herself in Alleyne’s eyes. And even though it was sweet, I just wasn’t a fan of the ending.

From the first season to the second, Airi went from zero to hero, and she’s the star of the third episode. She makes her return to the swamplands, even though her time away has resulted in her gaining a sense of compassion for others. The inner battle between Airi’s newfound caring side and her loyalty to the Swamp Witch is what this episode is mostly about, and we do get a battle later in the episode between Airi and Melpha. She may have become one of my favorite characters, but this episode was also a bit uneventful.

“Overall, not much of real consequence happens over the course of these six episodes, so this surely isn’t required viewing for anyone who’s seen the first two seasons of Queen’s Blade.“

Still, I did like that third episode more than the fourth, which shows Airi and Melona travel to the rebuilt Kingdom of Amara to try and convince Menace to return to her role as one of the minions of the Swamp Witch. I’m not the biggest fan of Menace either, so I didn’t think that this episode was all that great. Seeing Menace fight with Airi and Melona was kind of cool, but the first 75% of the episode was Menace living it up, so almost anything would have been an improvement.

For me, episode five was the most entertaining thus far, and it starred everyone’s favorite blue-haired angel, Nanael. Unsurprisingly, she causes more problems for herself and those around her, and she gets sent to the netherworld for her actions. OP Nanael returns and commences to beat up the Swamp Witch’s minions again, but I like Nanael as a fallen angel more than a “normal” angel, and the action in this episode is some of the best this season has to offer. This episode is another one that had a questionable ending, but the final episode had to have been the best of them all. 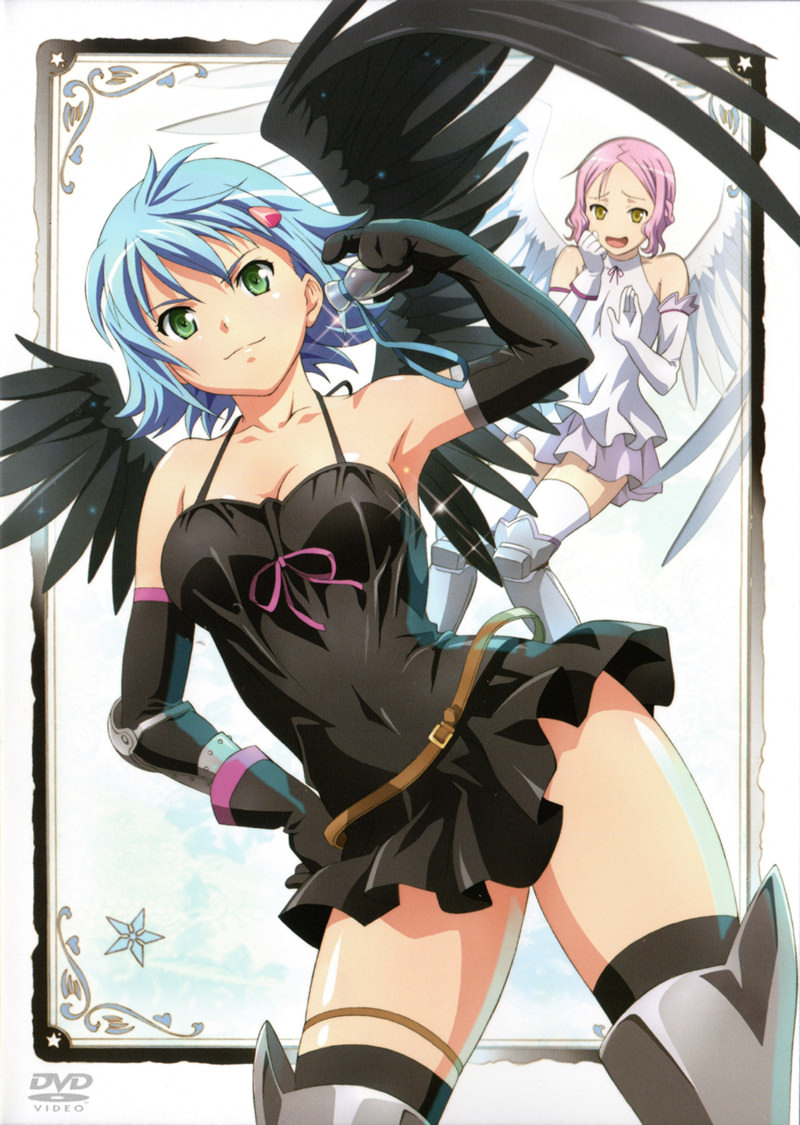 Tomoe is probably my favorite character in the series, and I’m glad she got a chance to shine once again in the final episode. She and the newly reformed Aldra return to Hinomoto to continue searching for Aldra’s sister, but some old enemies return, so they gotta fight for their right to party be free. Now that she’s no longer evil, I like Aldra a lot more, though she’s still no Shizuka. This is the most emotional and bittersweet of the six episodes, in addition being perhaps the most action-packed, so this was definitely my favorite episode. 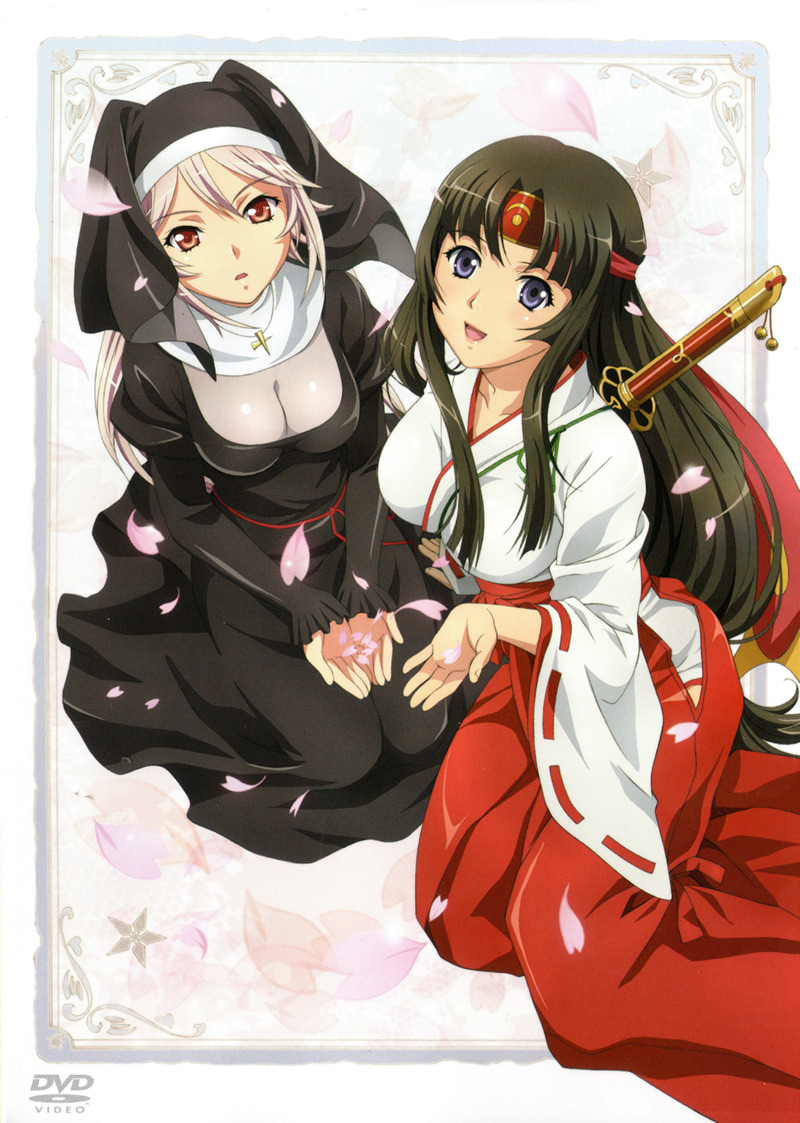 Overall, not much of real consequence happens over the course of these six episodes, so this surely isn’t required viewing for anyone who’s seen the first two seasons of Queen’s Blade. This isn’t the most well-thought-of anime franchise out there, but at least this OVA didn’t turn into an even bigger and more meaningless exhibition of storyless fanservice (although it did at times flirt with the idea).

Because the cast of characters in the Queen’s Blade series has already grown so large, there are a lot of characters that don’t play any sort of role in this OVA. The most important character up until this point, Leina, only makes a cameo in the first episode, but since she’s already played such a huge part in the story, I’m okay with others getting the limelight instead. Claudette, who’s now become the new queen (despite not winning the tournament), is also MIA, and it’s not really explained why she’s the one to assume the throne.

So it’s Cattleya, Ymir, Irma, Risty, Leina, and Claudette that either play very small roles or are completely absent. It’s unfortunate seeing someone as unimportant as Nyx get in on the action, while others like Risty and Claudette remain no-shows. If it weren’t for all of the tentacle molestation, I wouldn’t dislike Nyx and her staff so much, but that’s just a part of their identity, so I guess it can’t be helped.

Predictably, there isn’t a lot of character development, and the show’s yuri content doesn’t quite reach the levels of the prior seasons. At least Elina is there, and you don’t need prescription strength yuri goggles in order to see something between Nowa and Alleyne. Nothing really out of the ordinary happens between Tomoe and Aldra, but I think I’d be a little apprehensive if something were to occur between them. And there were no kisses this season. C’mon, Queen’s Blade! The List of Yuri Anime Kisses demands a sacrifice! 😛

At the end of the day, it was nice to see more of certain characters, but there’s still about a third of the cast that get the cold shoulder in this OVA. With a huge cast and only six episodes, you’re not going to please everybody, yet the show did its best, so things could’ve been worse. But now that this is done, I’m hoping for something more substantial in Rebellion.

The production values of this OVA are easily on par with the previous two seasons, even though the amount of battles have decreased dramatically. While the battles may have decreased, the fanservice has not, and it’s definitely as strong as ever. Because of the lack of constant action, the music didn’t seem as memorable as it has in the past, but it has its moments where it reminds you that it can still be pretty darn good. Aside from the fanservice, this series has always looked its best during the battle scenes, so it’s a shame we didn’t get more of an opportunity to enjoy them. Visually, this is a small step forward, but that’s mostly to be expected at this point, and the audio was more fo the same (which is a good thing).

Queen’s Blade: Beautiful Warriors does little to advance the story in the series, and completely leaving out some fan-favorite characters is never a welcome sight, yet several of these episodes are still somewhat entertaining for fans of the franchise. If you’re not a hardcore fan, you can definitely skip this in favor of the third season, and whether it’s action or yuri, you won’t be missing out on too much.