Since there was so much happening last month, we didn’t get around to posting a Yuri News Update, so that means this will be a pretty lengthy installment. You ready? Okay, let’s go~

First up, more info has come out regarding Watashi ni Tenshi ga Maiorita!, including when it’s set to begin airing. Mark your calendars for January, and in case you don’t know too much about it, here’s a short synopsis to get you up to speed.

One day, fifth grader Hinata Hoshino brings her friend Hana Shirosaki to her house, and Hinata’s sister Miyako, a college student, falls in love with with Hana at first sight. Miyako manages to get along with Hana somehow, but her clumsy behavior and shyness, makes Hana wary. Even so, Hana gradually opens up to Miyako, who wants to become closer to her.

After Happy Sugar Life, that synopsis is scaring me a little bit, but I imagine it’ll be kind of like Uchi no Maid ga Uzasugiru!, so there’s probably no need to worry. And it helps that several staff members working on this also worked on New Game!, so it has a good chance of being pretty entertaining. 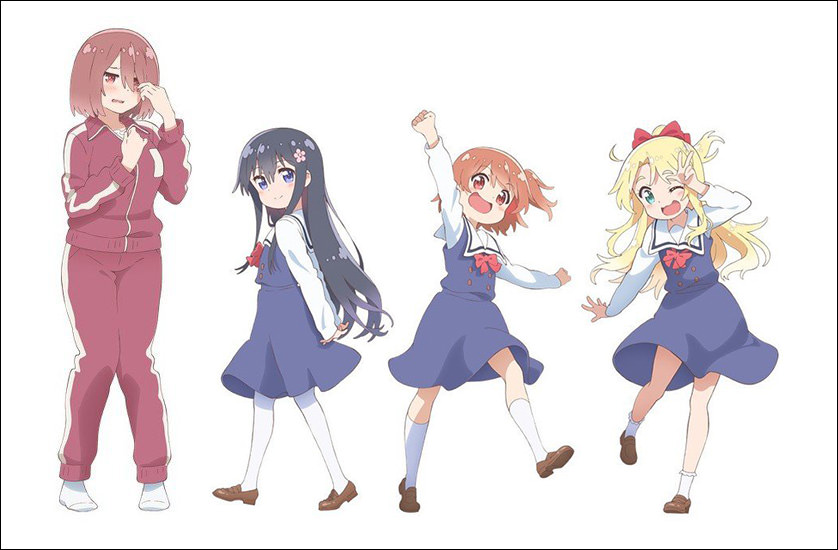 (from left to right) Miyako, Hana, Hinata, and Noa

Someone mentioned in the comments of another post about how there seems to be a trend in anime right now of girls/women falling in love with children, and it makes me pretty uncomfortable that this is actually a thing, even if it’s not always depicted in a serious manner. Anyway, here’s the first PV. 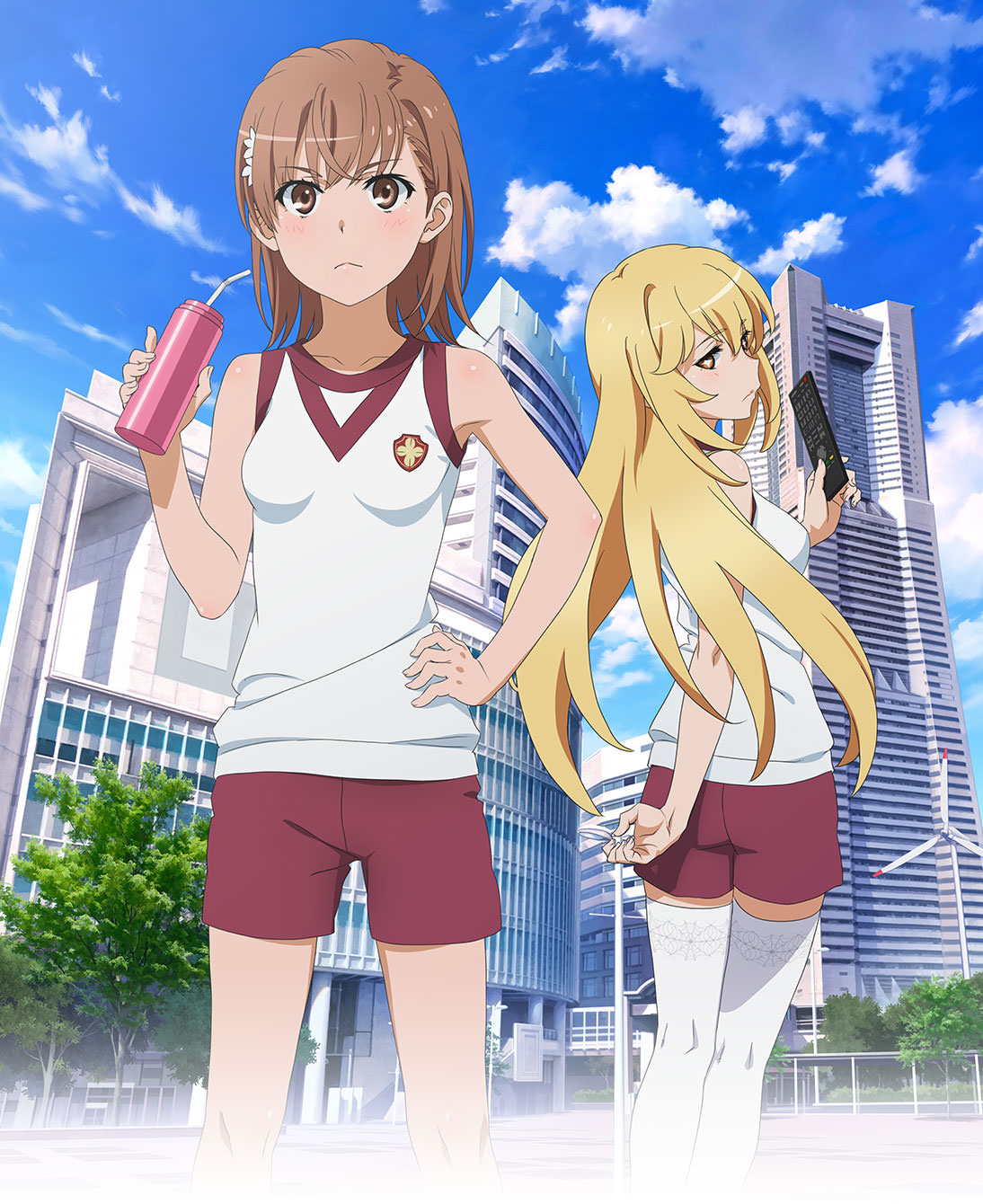 The director of the first two seasons is back, and the folks at J.C.Staff will once again be handling the production. So as fans enjoy the third season of Toaru Majutsu no Index, they have something else to look forward to. 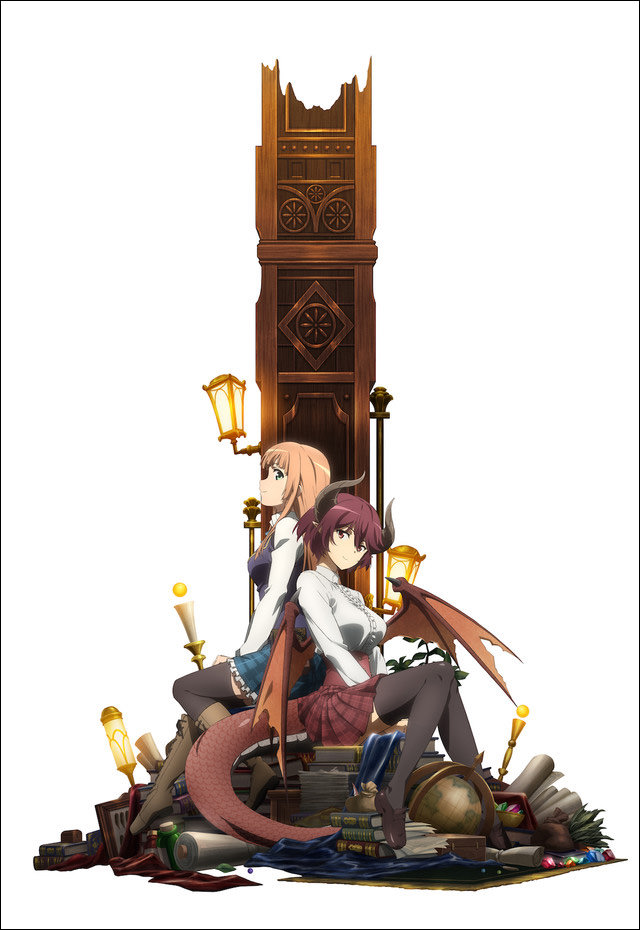 Staying with anime news, a show that we thought might have been canceled will finally see the light of day. I’m talking about Manaria Friends, which was originally announced more than four years ago, but it’s seen its share of turmoil that had many wondering if it would ever premiere. Some of that turmoil can be attributed to a complete reshuffling of staff members, including the director, character designer, and person responsible for series composition. This is in addition to a change in studio, with Studio Hibari being replaced by CygamesPictures, whose only other work is 2017’s Blade Runner: Black Out 2022.

And now for some good news and some bad news. First, the bad news. As many people have predicted, Manaria Friends will indeed be a series of anime shorts. I don’t really know anything about the Rage of Bahamut card battle game, but the announcement video looked like it had some yuri potential, and the recently released PV looks a little promising. Take a look~

I think that looks pretty good, so I’m disappointed that we’re not getting a full-length anime season, but the good news is that we won’t have to wait long to see what this anime has to offer, as it’s been announced to premiere in January. The voice talent from the Mysteria Academy event in the game will reprise their roles, so Yoko Hikasa and Nana Mizuki are some of the names you can look forward to. All that’s left to do is sit back and wait until January and hope for a lot of subtext! 😛 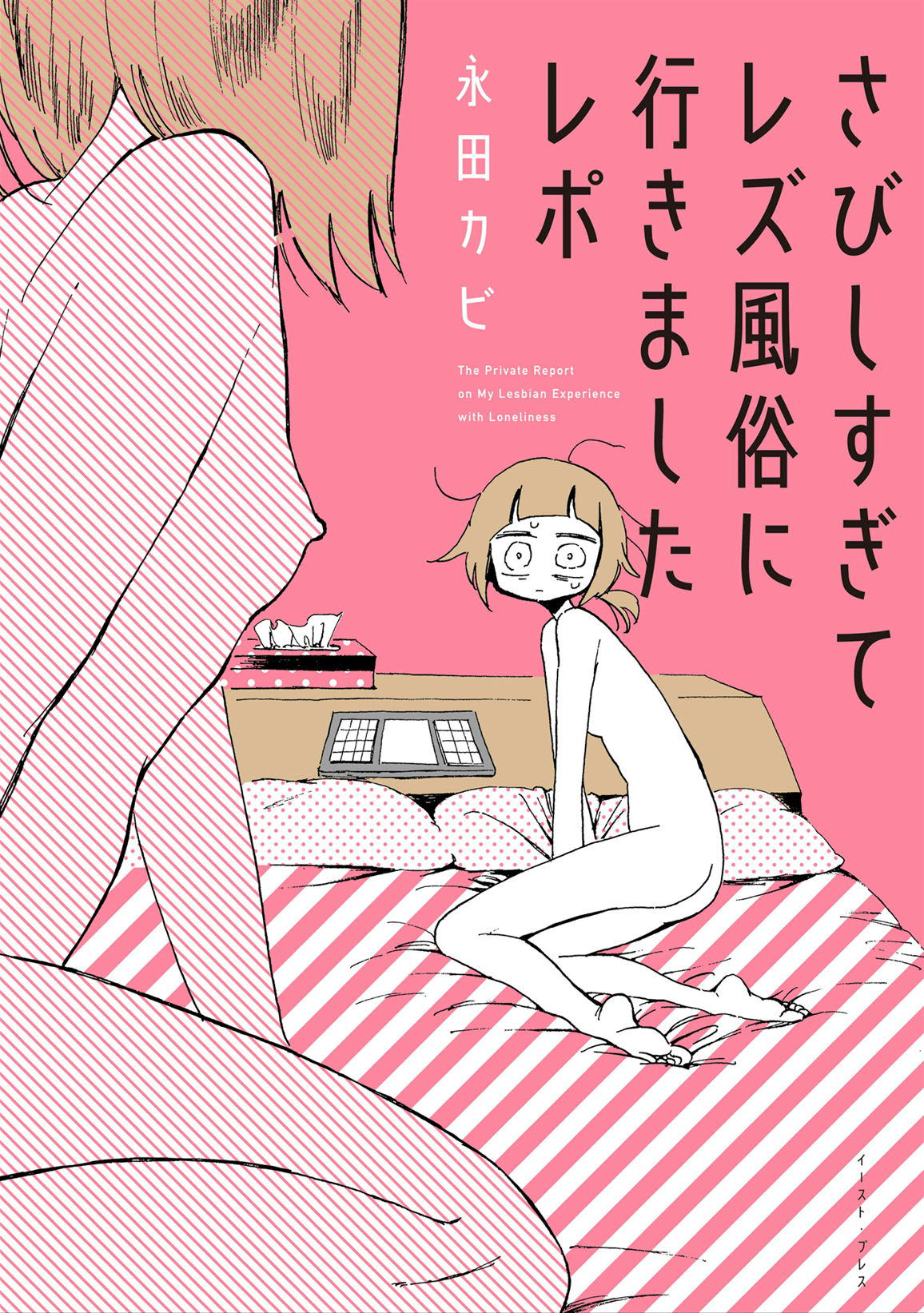 Moving on to manga news, some interesting stuff has been happening with My Lesbian Experience with Loneliness. Kabi Nagata’s autobiographical story did yuri fans proud by winning the inaugural Best Manga award at the Harvey Awards, which are a long-running awards show honoring excellence in the comic industry. It beat out Boku no Hero Academia, My Brother’s Husband, Tokyo Ghoul, and Your Name. for the award.

I don’t know about you, but I especially loved seeing a yuri manga win the award by defeating such mainstream titles, and if you remember back to the beginning of the year, My Lesbian Experience with Loneliness also won Best Manga at the Crunchyroll Anime Awards, so it’s been a really good year for Kabi Nagata. Still, there’s always someone that tries to rain on a parade…

This news story is actually a couple of months old already, but since we haven’t covered it yet, it’s new to us. 😛

A group of pastors in Maine attempted to get My Lesbian Experience with Loneliness and other LGBTQ+ books removed from a library display meant to highlight works targeted for censorship. They cited the “risque and immodest” nudity on the cover and say that the books in the display promote homosexuality, are abusive to children, promote “far left political views that sees homosexuality as acceptable”, and are insensitive to the views of traditional Christians and Muslims.

At least their homophobic views have seen pushback from both the National Coalition Against Censorship and the Comic Book Legal Defense Fund. The following statement is from a press release by the NCAC: “NCAC and CBLDF oppose efforts to limit a whole community’s access to books based on the personal viewpoints or religious beliefs of some groups or individuals in that community. As public institutions, libraries are obligated not to discriminate on the basis of viewpoint or sexual orientation.” That’s right! 😛

The library then held an open discussion for its visitors to decide what changes (if any) should be made to the display, and an apology was made from one of the pastors responsible for the complaints. After the discussion, the library’s board of trustees unanimously voted to leave the display as-is. Moop! 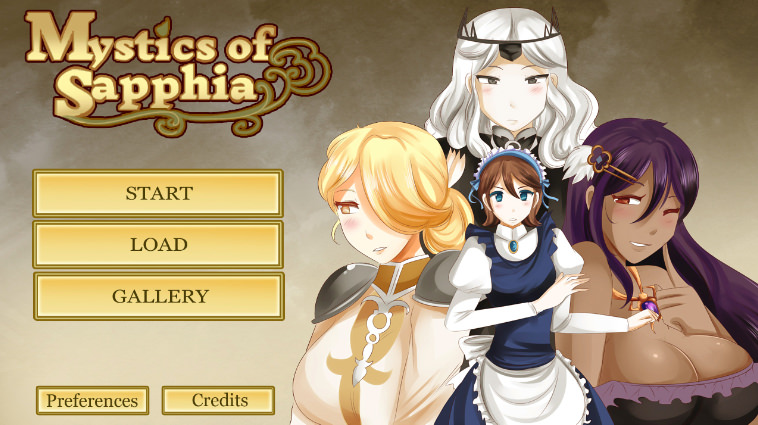 And this just wouldn’t be a Yuri News Update without some visual novel news. First up is the news of Luscious Spirit Studios‘ Mystics of Sapphia Kickstarter campaign, which has in fact reached its fundraising goal. In fact, with just over a week to go, the campaign has more than doubled the $1,500 goal, and in case you’re still on the fence, you can visit the game’s itch.io page and download the demo. And here’s the promo video to give you a glimpse of what’s to come.

Keeping with the Kickstarter theme, Reine Works has launched a Kickstarter campaign for Our Lovely Escape, and just like Mystics of Sapphia, it’s also already reached its initial goal. However, this one has some stretch goals that have yet to be met, such as English voice-acting, a theme song, and an OP, so check out the game’s Kickstarter page and consider helping out.

The campaign still has three weeks remaining, and this one also has a demo, so if you’re looking for a new VN to play, here you go. 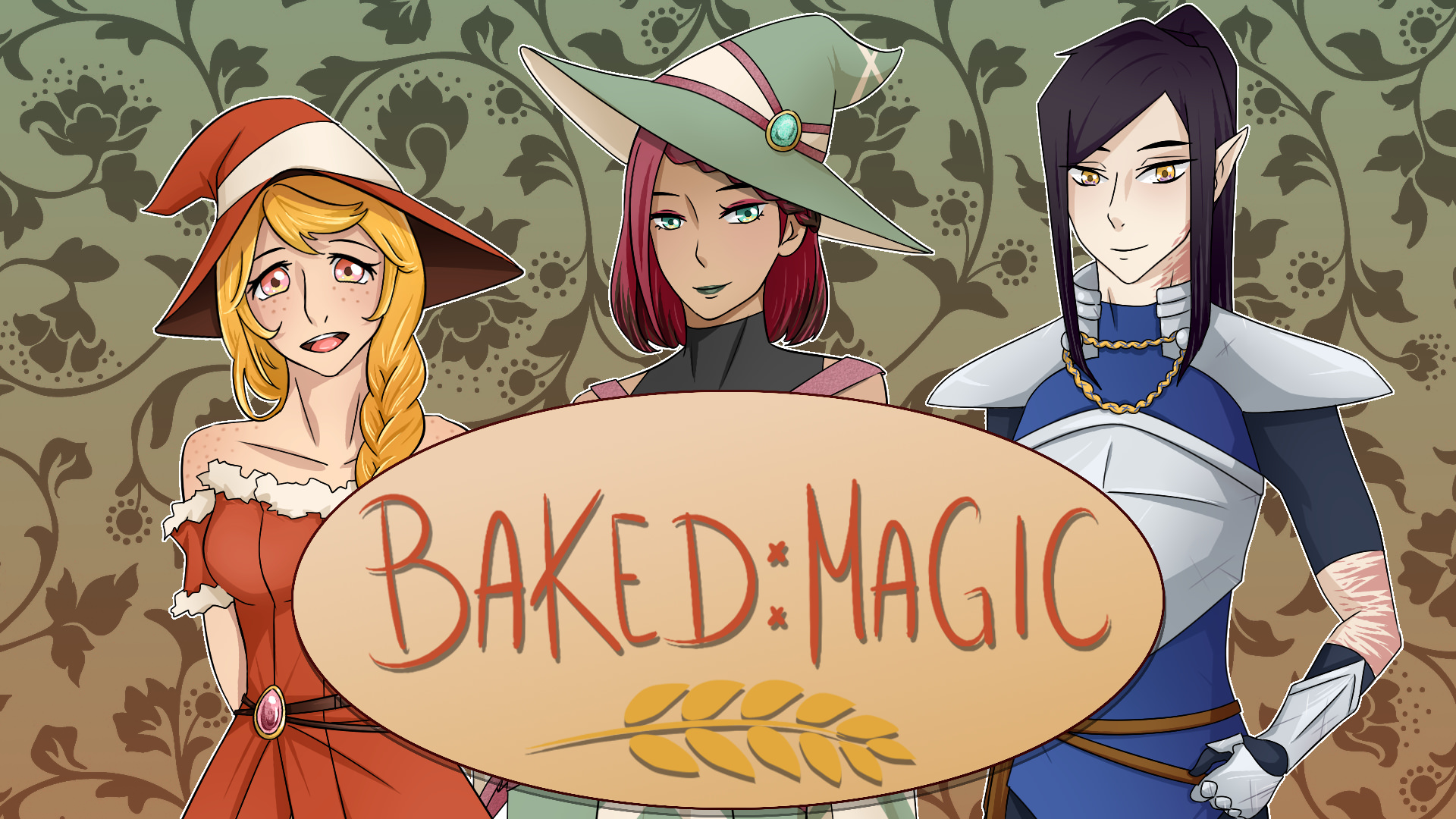 But wait, there’s more visual novel news! BAKED:MAGIC is yet another title to get a Kickstarter campaign, and this one comes to us courtesy of Red-Baby. Like the other VNs in this news update, this one has also met its goal, and isn’t it awesome that creators seem to be having a lot of success funding their games?

You can download the demo right here, so if witches potentially cooking up love with a knight sounds good to you, check it out. 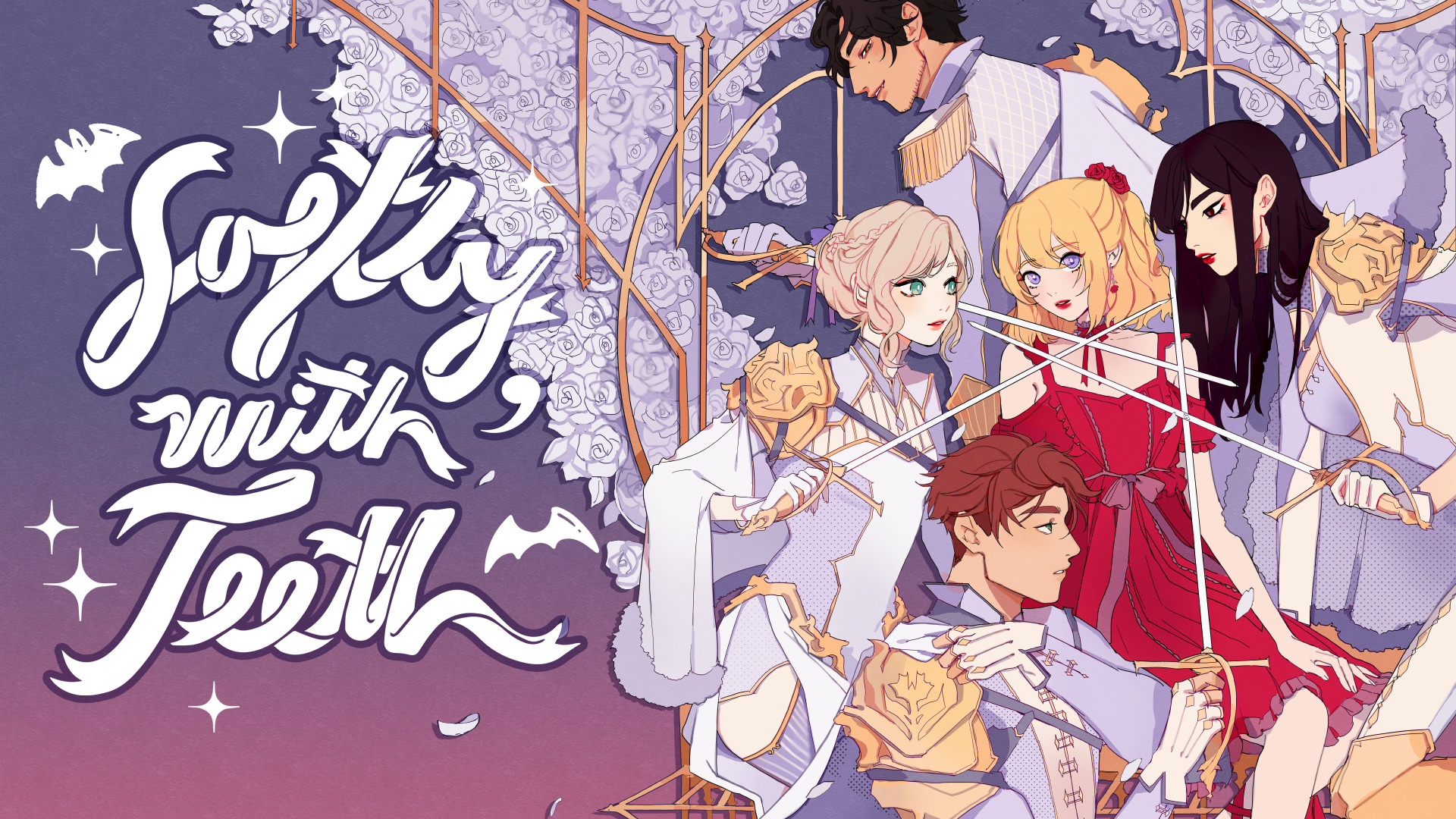 Lastly, Studio Chiffon‘s Softly, With Teeth Kickstarter campaign is underway and approaching its initial goal of $26,000. We’ll have to wait and see if it can meet its stretch goals, but this is already looking very promising, and this is definitely the most ambitious of all the visual novels we’ve looked at in this update.

The release date is projected to be late summer 2020 (that’s so far away…), but in the meantime, you can sink your fangs into the demo, which clocks in at over 60,000 words with six routes and four unique endings. Everyone knows vampires are awesome, and once you start throwing some yuri into the mix, things get even more interesting, so sign me up already~