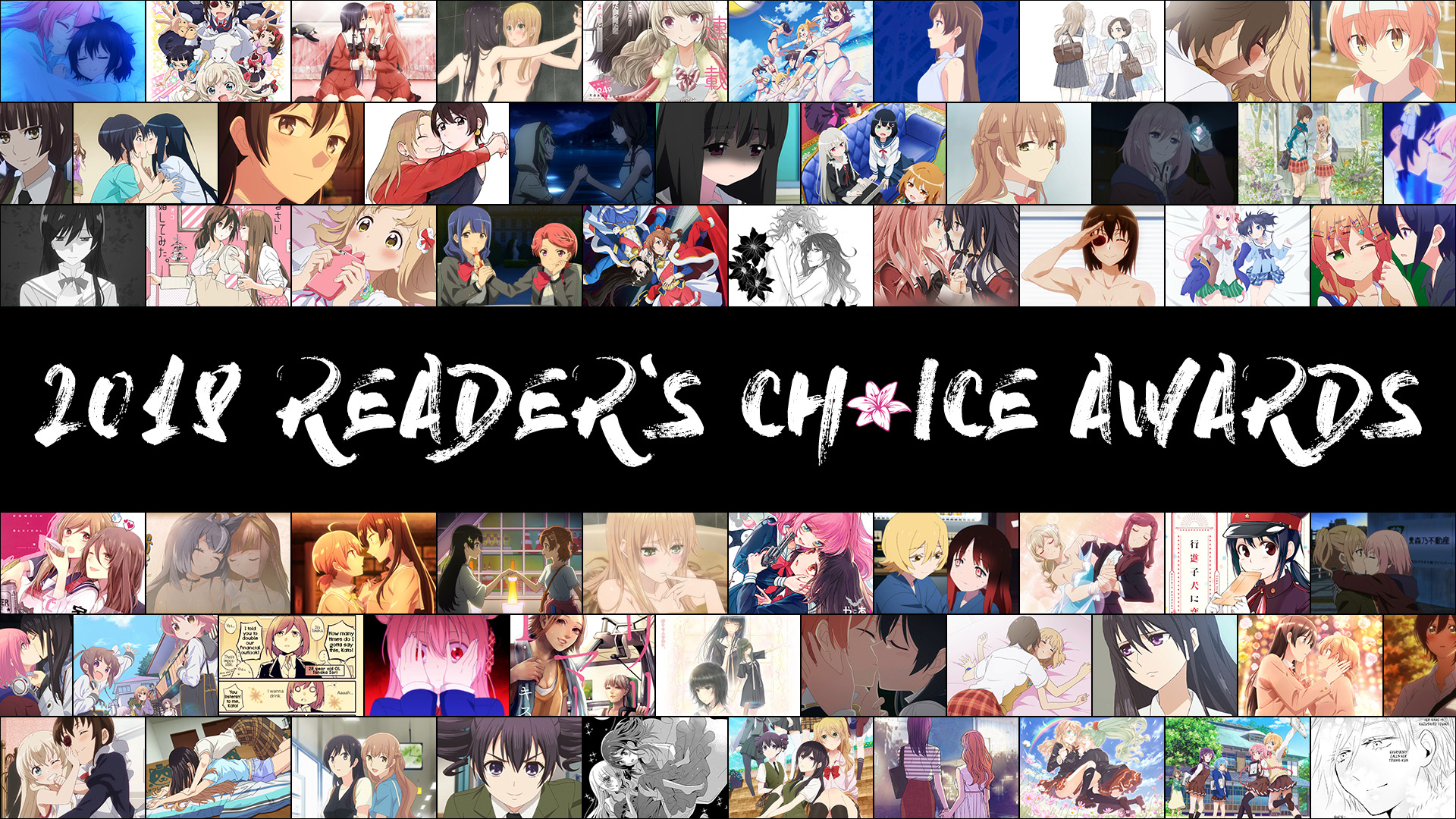 Not too long ago, we gave you OUR choices for the best anime, manga, and visual novels of 2018, but this time, it’s YOUR turn to choose the winners.

Because some of the categories from our list are incredibly hard to narrow down to only a handful of nominees, we’ve left some of those categories out. Also, forgive us if the nominees skew towards anime. 😛

There are other shows like Tachibanakan Triangle that could have been nominated, but let’s be real, everyone knows it’s a three horse race.

Unlike the Best Yuri Anime award, there are A LOT of possible nominees for Best Yuri Manga, so we had the unenviable task of narrowing down the potential nominees, but we just gave up and decided this award should have more nominees than the others.

And this doesn’t even take into account manhwa! Admittedly, we’re probably not as up-to-date on current manhwa as we should be, so forgive us for not including as many as we probably should have. 😛

A Love Letter from the Marching Puppy

It seems like there weren’t as many major releases as we’ve had in years past, but at the same time, we didn’t think it was fair to include “upgraded” releases like Highway Blossoms Remastered, so there are only a few nominees to choose from.

This is another category where there were a pretty good number of potential choices, but the ones that stood out the most to us mostly came from the big three shows. And then there were another two that were just so over-the-top that we felt like we had to include them.

These four were no-brainers, but that doesn’t make the pick any easier.

Since some of these pairings have so many kisses to choose from, it might be better for us to simply nominate one kiss from each of them, with the kiss shown representing all of the their kisses. 😛

We all know that the pure yuri shows are worth the price of admission, but what about those shows that aren’t quite pure yuri but still have a good amount of yuri? This award is for shows like that.

Actual couples are great, but unfortunately, most anime don’t take things that far. Still, there are a lot of pairings in anime that may not be official, but they’re the next best thing.

This seemed like a fun category to have, but there simply aren’t a ton of good options to choose from. At least two psychos came to mind, even if they couldn’t be more different.

This is a returning category from our 2013 Yuri Awards, and it’s for those unfortunate girls who’ve had to overcome a lot…

We hope we didn’t forget about too many things, and we’re looking forward to revealing the winners next week~
Advertisement