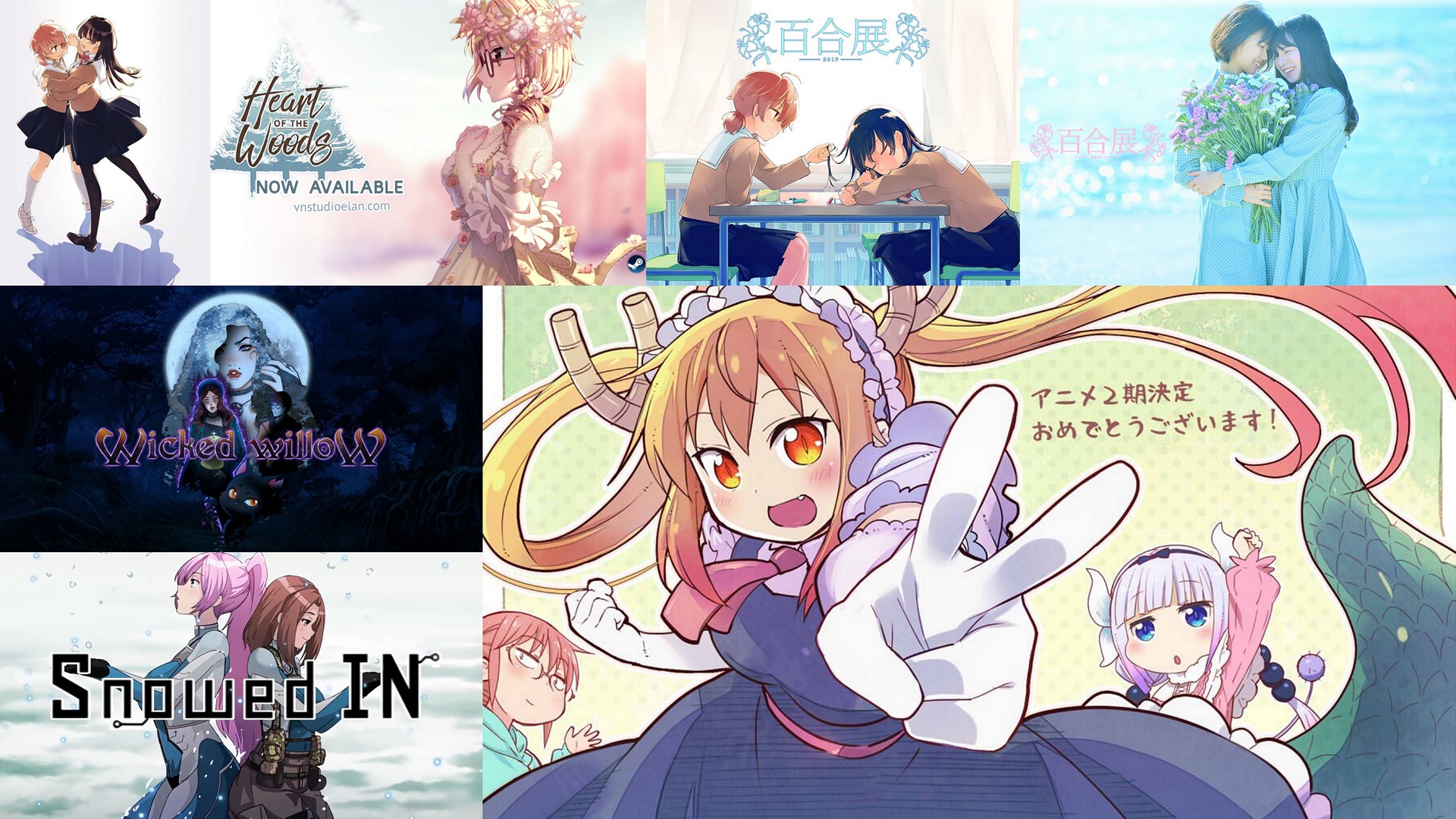 This month’s Yuri News Update consists of a second season of a beloved yuri-ish anime, some new visual novel releases, a traveling yuri fair, and more, so let’s get started~ 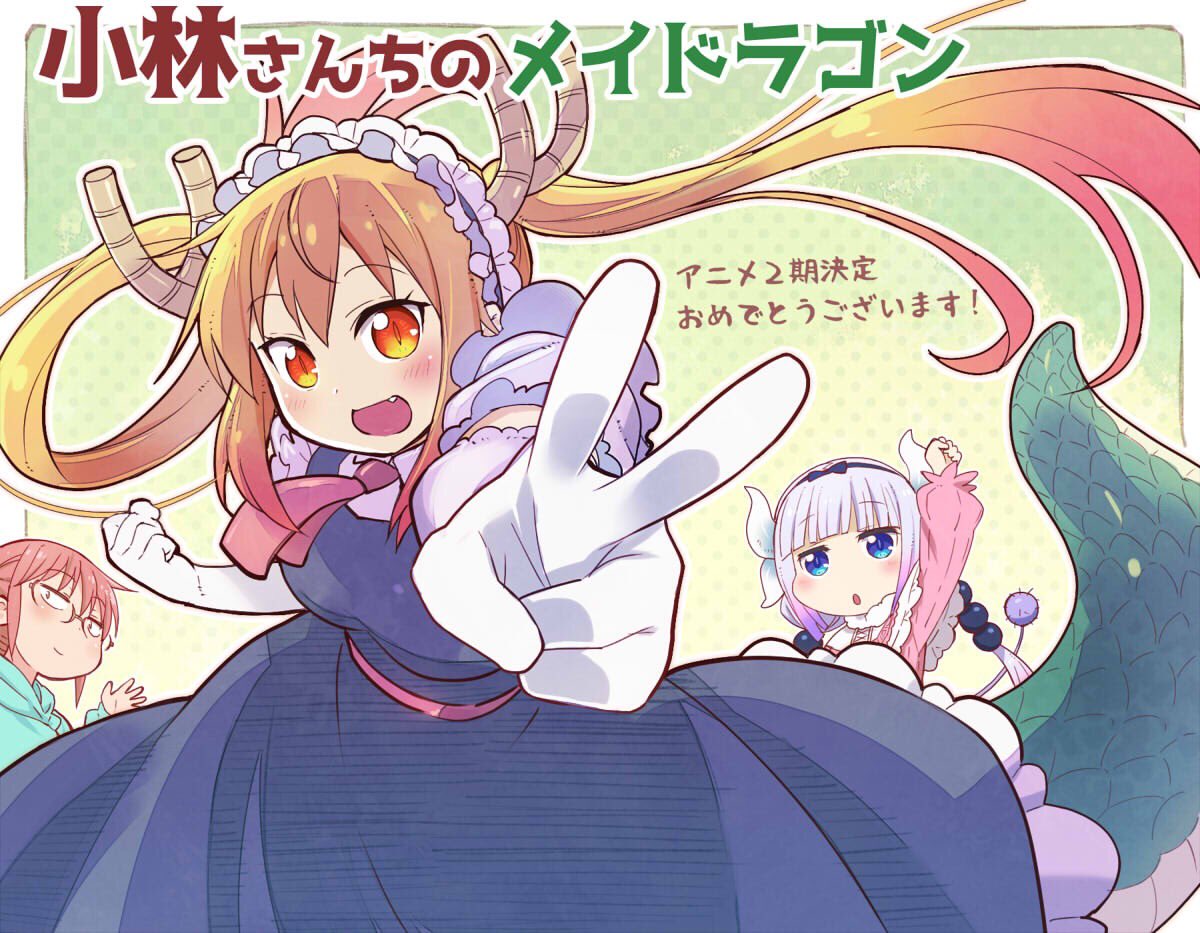 To be honest, 2019 has been a little lackluster for yuri fans so far. Last year was so great that it feels like this year has already been pretty disappointing, and even if that might be true, this next bit of news will surely help make 2019 look a little better.

It was announced that one of 2017’s best anime, Kobayashi-san Chi no Maid Dragon, will be getting a second season. No specific details have been announced, so it might not even begin airing in 2019, but this is still some amazing news that I’m sure everyone who saw the first season will gladly welcome.

The manga—which has inspired a couple of spinoffs—will be ending in the near future, but it’s great that we’ll once again see Tooru, Kobayashi, Kanna, and everyone else on the small screen. Regardless of when it comes out, I think it’s safe to say that this second season will be at or near the top of every reader’s Watch List, so be prepared, people. 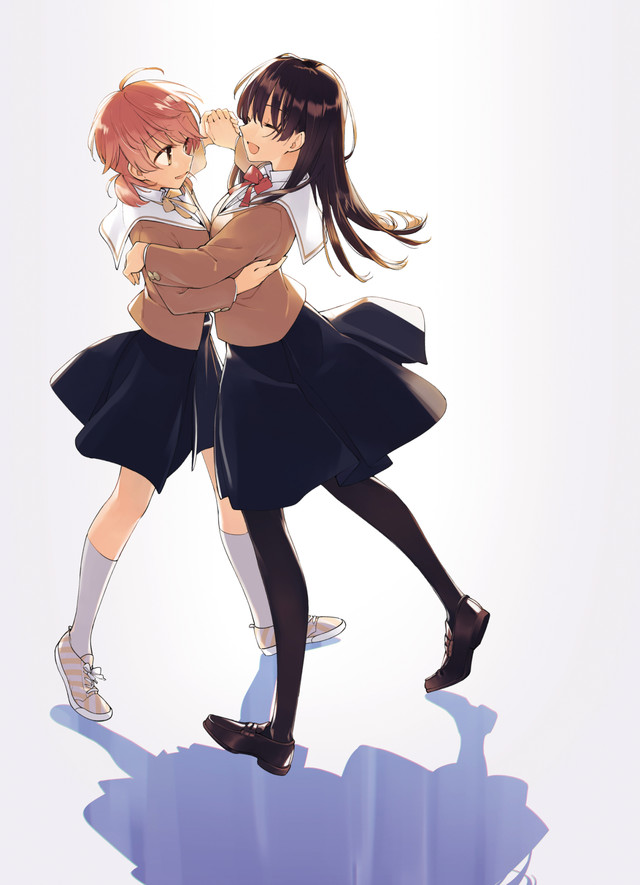 After a successful anime run that saw it win the hearts of all who saw it, come May, Nio Nakatani’s Bloom Into You will jump from the screen to the stage.

This obviously isn’t as great as news of a second season, but a stage play is still a good sight to see for one of our favorite yuri series, even though 99% of us won’t get the chance to travel to Japan and experience it…

But what comes next? A live-action series? A second anime season? Nothing at all? Let’s hope that when the manga eventually wraps up, we’ll have some other way to continue our love affair with these girls~ 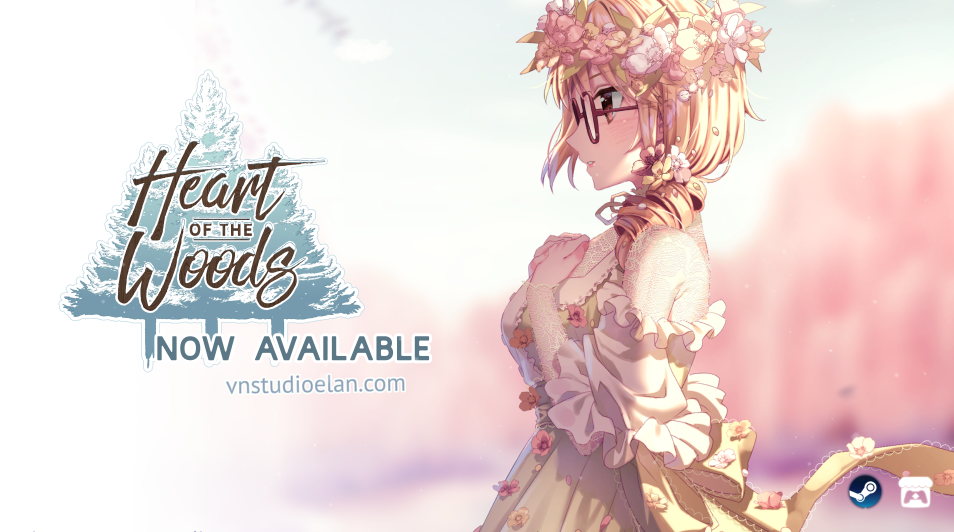 Perhaps unless you’ve been living under a rock, you should know that this past weekend marked the release of Heart of the Woods, the new yuri visual novel from Studio Élan. To refresh your memory, here’s the synopsis:

Heart of the Woods is a fantasy yuri visual novel about paranormal investigation, ancient mysteries, and a love between two girls that transcends life and death.

Maddie Raines has had enough. After years of serving as manager, editor, and general business-handler for her best friend Tara’s popular paranormal vlog channel, she’s finally ready to move forward with her own life. But when she agrees to take one last trip with Tara to the mysterious village of Eysenfeld, she’s suddenly swept up in a dangerous supernatural crisis that will change the course of both of their lives forever. A strange young woman named Morgan has promised them undeniable proof of real paranormal phenomena, and what she has to offer eclipses anything they’d ever seen before.

However, out of all the strange occurrences the three of them bear witness to, one in particular captivates Maddie in a way she’s never been before: the ghost of a young woman. This woman is Abigail, the victim of a centuries-old injustice now bound eternally to the forest surrounding Eysenfeld. Drawn to Maddie in a way she can’t explain, Abigail reveals herself to another person for the first time in more than 200 years.

While Tara and Morgan investigate the mysteries surrounding the village itself, Maddie begins to form a bond with Abigail that grows to be more intense than any bond she’s felt before. As she learns the truth about Abigail’s death and imprisonment, she realizes that it falls to her and her friends to break the curse that has ruled over Eysenfeld for centuries. But more importantly than that, it falls to her to finally free the woman she loves.

The game is available on Steam, itch.io, and Denpasoft, and if you act fast, you can save 10% off the purchase price. If you’re interested, you can also find the free 18+ DLC patch over at Denpasoft, so what are you waiting for? 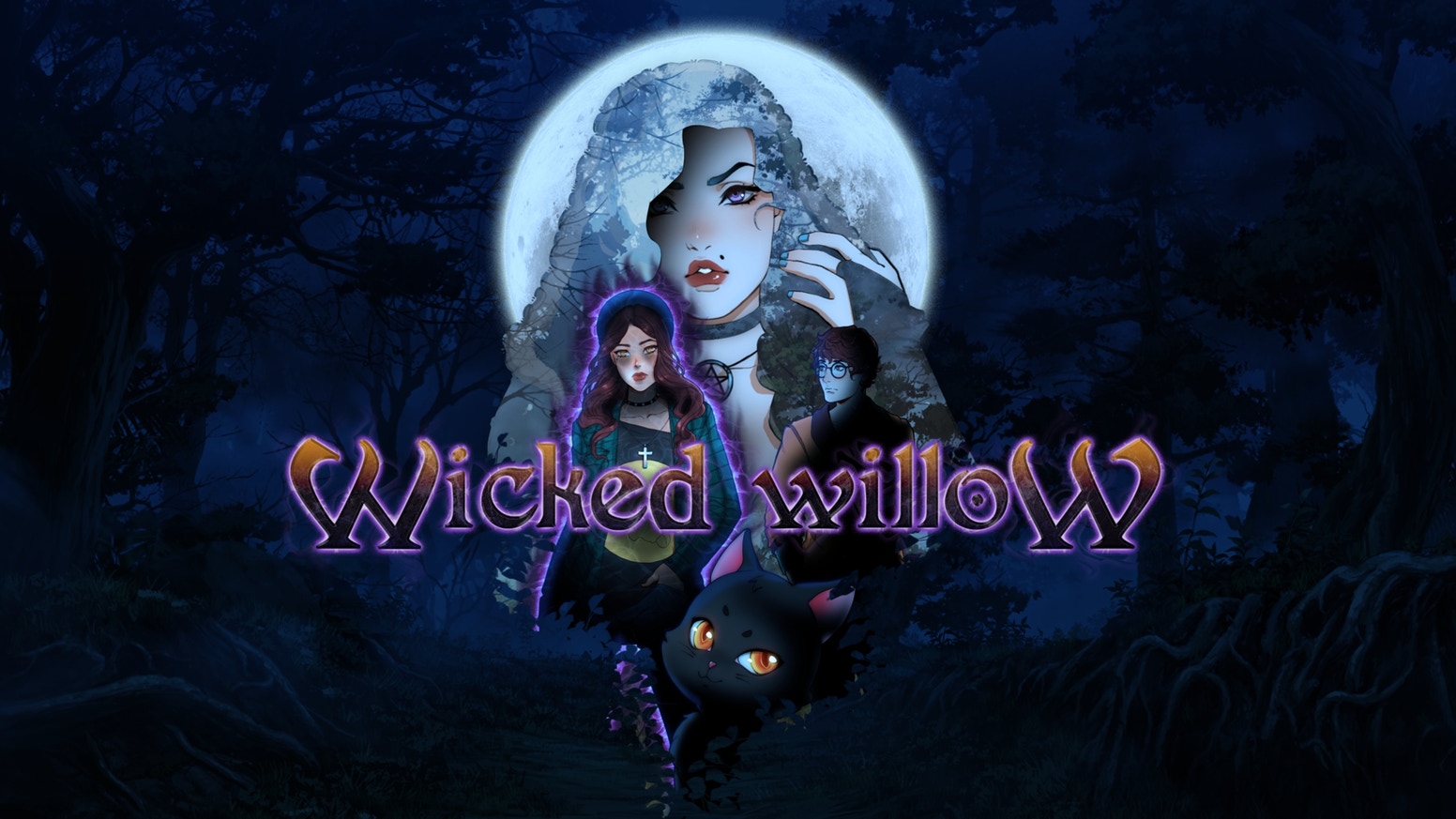 Continuing the visual novel news, Wicked Willow is another visual novel with LGBT themes, and we’ll be seeing more of this one, since the project has not only launched a Kickstarter campaign, it’s already met its goal. Here’s a short video to get you better acquainted.

And here’s a synopsis:

A visual novel set in 1993, Wicked Willow will turn your moral compass upside down. Will you learn the ways of a witch from someone you can’t trust? Would you turn trees into monsters to save a forest from clearcutters? Would you sacrifice your soulmate’s memory to stop a war? And speaking of soulmates, how far would you go to fight for a love that society calls wicked?

I think the game sounds pretty interesting, so if you want to support it, you can find the Kickstarter campaign right here. 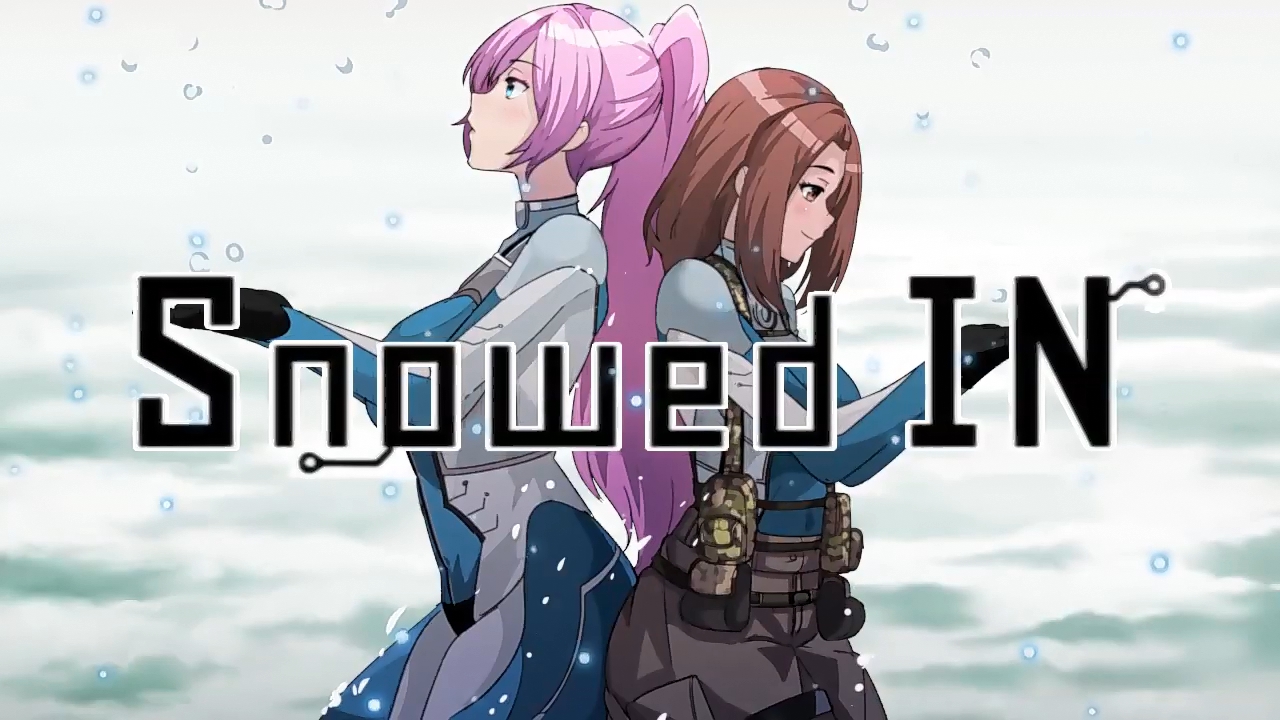 What’s that you say? You want more visual novel news? Alright, alright, we’ll give you more. 😛

Snowed In is the name of this one, and here’s the synopsis as well as the trailer.

Military officer Sigma gets tasked with supervising the final exam of a promising cadet. Seems easy enough. The problem? The two of them are polar opposites.

One is a cyborg, the other is all natural. One is jaded, the other is still amazed at life. But don’t opposites attract each other?

You can pick this one up on either Steam or Nutaku, and in addition to it being NSFW, it’s also only $1.99, so have fun~ 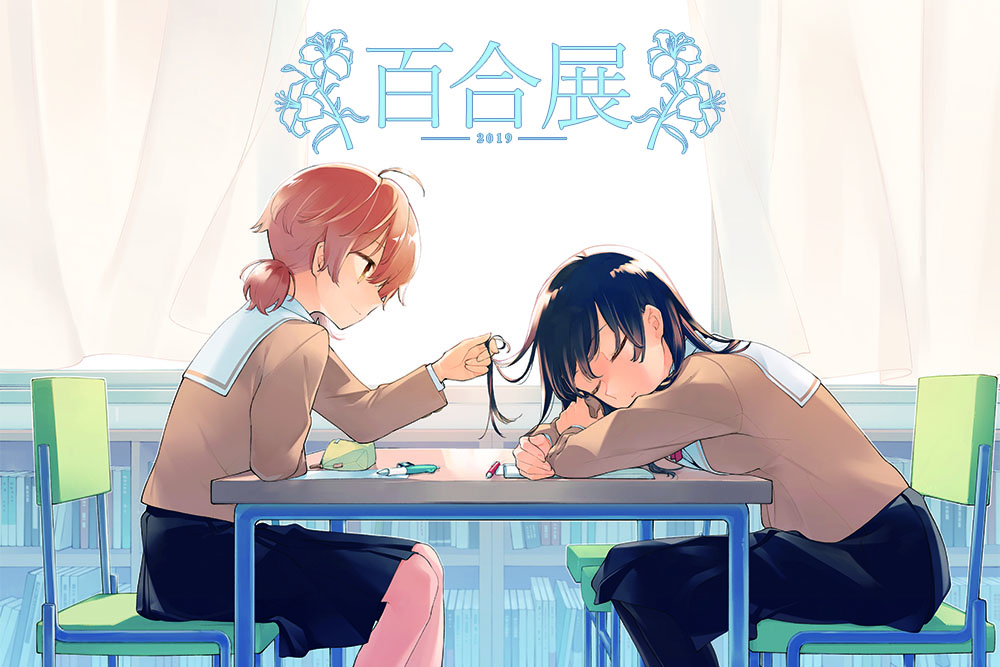 Lastly, in yet another sign that Japan has all the fun, the plans for the 2019 Yuri Fair have been announced, and it’s sounding like a yuri fan’s dream come true.

The 2018 Yuri Fair had some issues that resulted in the event being canceled mere days before its opening, only for it to be rescheduled a few months later at a much smaller venue. Well, this year’s version will be a major improvement, thanks to the event being a five-city tour that will spread the allure of the purest form of love throughout Japan, starting in March. 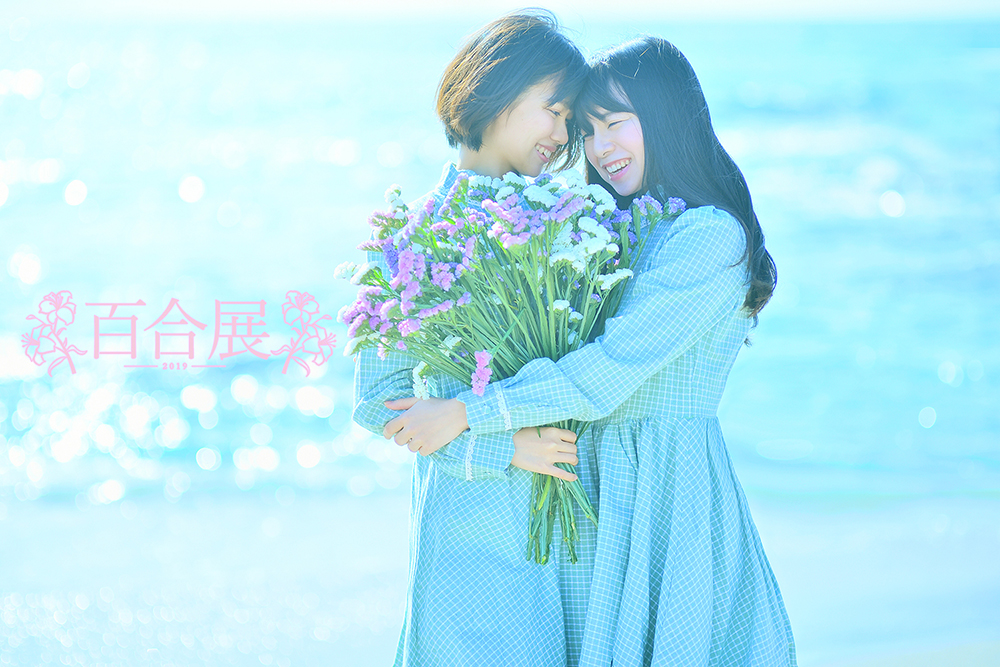 This year’s key features include art from Nio Nakatani as well as photography from Minori Takahashi. Everyone knows about Nakatani-san, but if you’re not familiar with Minori Takahashi’s work, be sure to check out her Twitter and Instagram accounts for more~