It’s once again that time to check out some anime that are too short to warrant a review of their own, so we’ve bundled them together in order to make our opinions known. Spoiler: This time around, our opinions of these shows are pretty negative… 😛 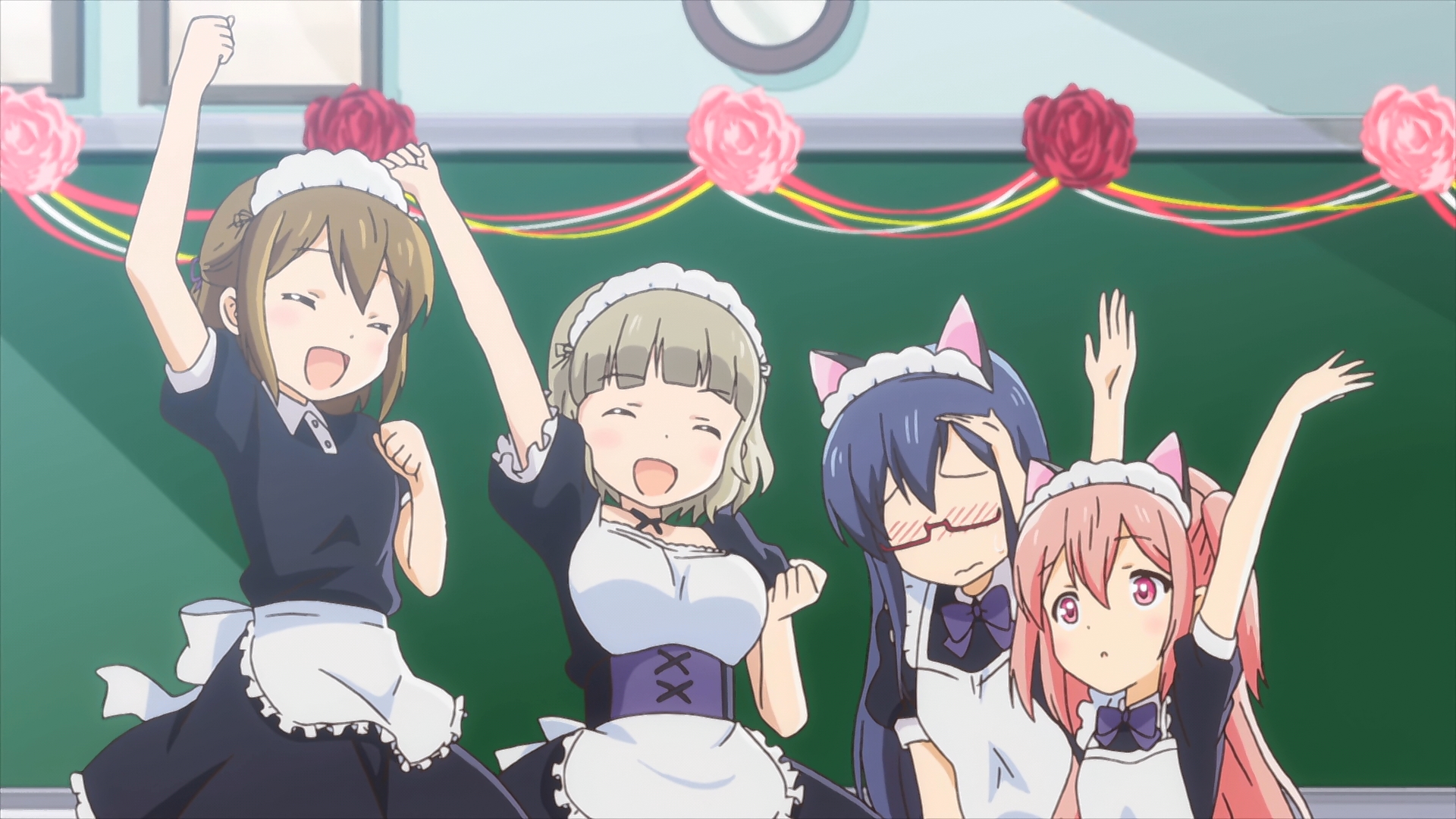 Synopsis: For the airheaded Minami Tani, there is nothing more delightful than delicious bread for breakfast. Bonding over a mutual love for the food, Minami meets the dignified Yuu Aizawa and the upbeat Fuyumi Fukagawa. Joining them is Noa Sakura, a pint-sized girl who sees bread as the ultimate weapon of self-defense. Together, the girls strengthen their bonds of friendship, while striving to sample every kind of bread this world has to offer.

As you can probably guess from the length of these episodes, there isn’t a whole lot of substance in Pan de Peace!. Less than three minutes is hardly enough time to do anything, but the one thing that this anime does do is provide us with a whole bunch of moe cuteness between these four bread buddies. All of the girls are pretty adorable and share an affinity for baked goods, yet the most memorable character for me had to be Noa, whose cuteness is clearly on another level. The rest of the girls are pretty forgettable, but given the short length, that’s hardly a surprise.

The first episode is kind of misleading, since it makes it seem like Fuyumi is going to end up being the show’s resident yuri character, but over the course of the remaining dozen episodes, there really aren’t any more moments quite like that. Yeah, Fuyumi and Mai are often engaged in a tug of war over Noa, yet you rarely get the sense that it’s because they like her like that. After episode one, my expectations shot up a little bit, so it’s pretty disappointing that things reverted back to the standard slice of life rules.

For some of the not-so-great slice of life anime out there, it may seem like the episodes of those anime are somewhat boring, so I think that the extremely short length of these episodes may actually benefit Pan de Peace!, since I think it would most certainly fall in that “not-so-great” range itself, had it been a standard-length anime. Because of that, filler content is less than what you’d find in other shows in the genre, and despite the shortness of the episodes, there are still some familiar anime necessities to be found here, such as a beach episode, a school festival, and a sleepover.

Overall, if you’re someone who’s a fan of cute girls doing cute things or if you’re someone who tends to like anime where food is the main focus, you might find this series to be a decent little time waster. The mixture of cute girls and food isn’t that bad, but I was ultimately left wanting more than this series could possibly offer, so Pan de Peace! was nothing more than a speedbump on my quest to bigger and better slice of life anime. 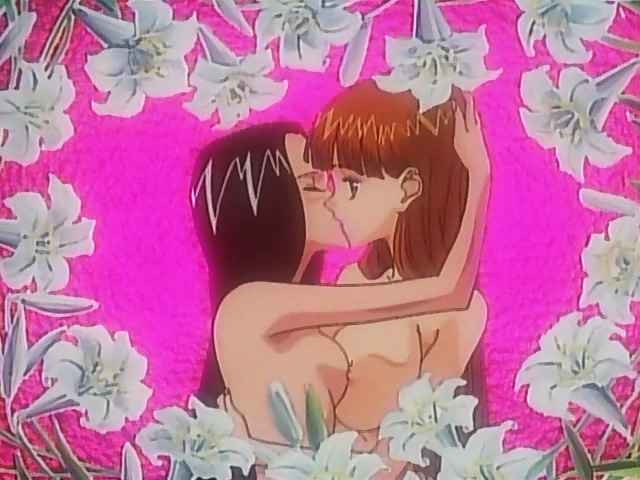 Synopsis: Yoshida Chizuru is the sexiest co-ed in her class. Secretly, she’s been appearing in TV commercials—despite the fact that students are forbidden from working. But one of her professors has uncovered her secret and hopes to use this information to his advantage. Yoshida’s got plans of her own, and has no intention of giving up her acting career…

In case anyone would be interested in actually watching this, I’ll mention that you might as well do yourself a favor and skip the first episode. Pretty much the entirety of the first episode consists of a timid professor lusting over a model who attends the college he teaches at, and if that doesn’t just scream “yuri”, then I don’t know what does. Jokes aside, things do improve a little bit in the second episode, which sees that model trying to understand her newly discovered feelings for a female transfer student. That said, we see that that model has a tendency to “get around” (and I don’t mean with women), so expect two or three het sex scenes in the latter episode. It doesn’t help matters that the relationship between the two girls is one-sided (Chizuru, the model, eventually accepts her feelings for the transfer student, who only views Chizuru as a good friend), thus, it ends up being pretty underwhelming stuff. 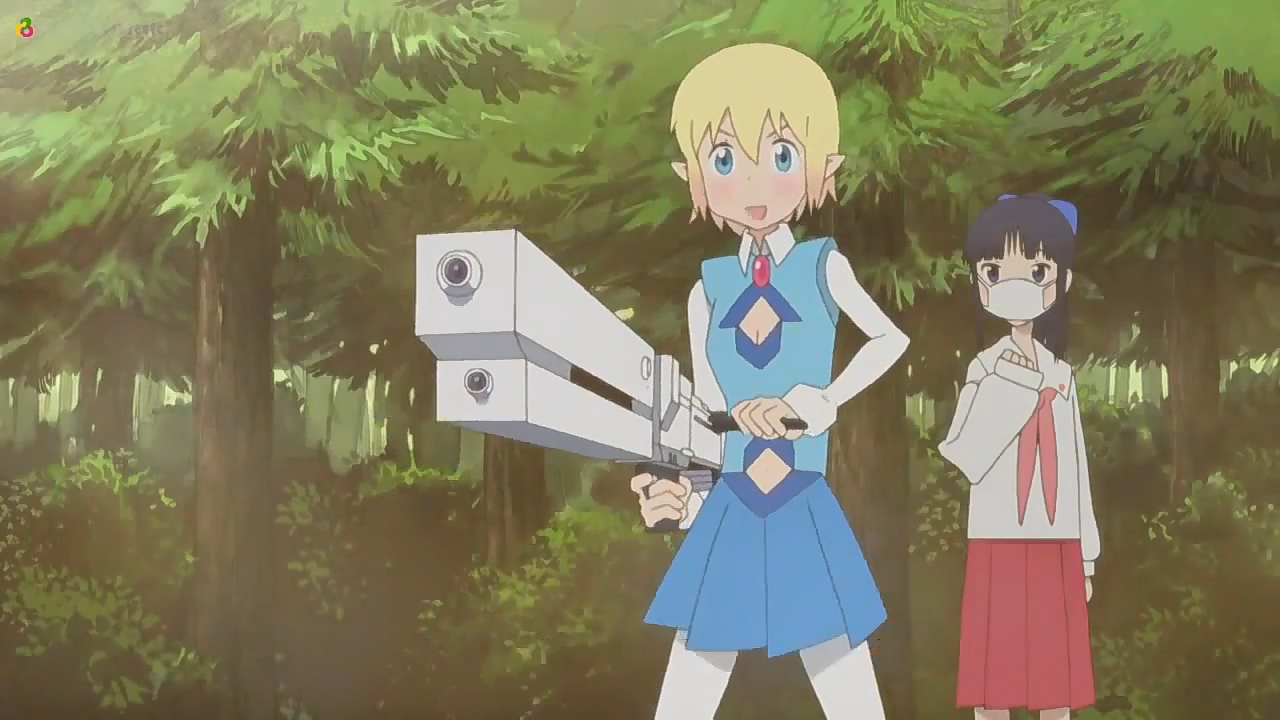 Synopsis: Naoko-san is an alien from the planet Yuri, who is plotting to conquer the Earth by yurifying it. Misuzu is a junior high girl and is always troubled by Naoko-san, who lives on the roof of her house.

ufotable is a respected anime studio that’s worked on titles from the Fate and Kara no Kyoukai franchises, but they’ve also worked on stuff like Yuri Seijin Naoko-san. I should clear up that there are actually two separate anime named Yuri Seijin Naoko-san. The first was a six-minute OVA that came out in 2010, while the second was a one-episode OVA that came out in 2012. The story of the 2010 OVA focused on Naoko-san and the lead character, Misuzu, investigating reports of a groper in the area, while the 2012 OVA was generally about the bizarre antics of Naoko-san, an alien from the planet Yuri.

That may sound like a fairly promising premise, but aside from the title of the anime and a reference or two, Yuri Seijin Naoko-san (2012) doesn’t actually have any yuri. Neither of these OVAs do. And if that wasn’t bad enough, I didn’t think either of these OVAs were funny. Bizarre? Absolutely, but the comedy was a big swing and a miss to me. Both OVAs share the same characters, yet the only one (for me anyway) that’s worth mentioning is Naoko-san, who is about as eclectic as one can get, yet you get the feeling that she could have been a lot more interesting, if she really did try to yurify the planet.

In short, regardless of what the Shoujo Ai tag may lead you to believe, the Yuri Seijin Naoko-san OVAs are nothing more than fake news in that regard. I can’t speak about what’s in the manga, but if you were hoping for yurification of the Earth by means of girls actually liking girls, then you’re going to be pretty disappointed by what Yuri Seijin Naoko-san has to offer. The manga spanned 110 chapters, so it’s especially strange to see such a small sample size for the anime adaptation, and to me, all it seems to offer are unfunny gags and random scenes of weird innuendo that may be different, but I just didn’t find them very entertaining at all.