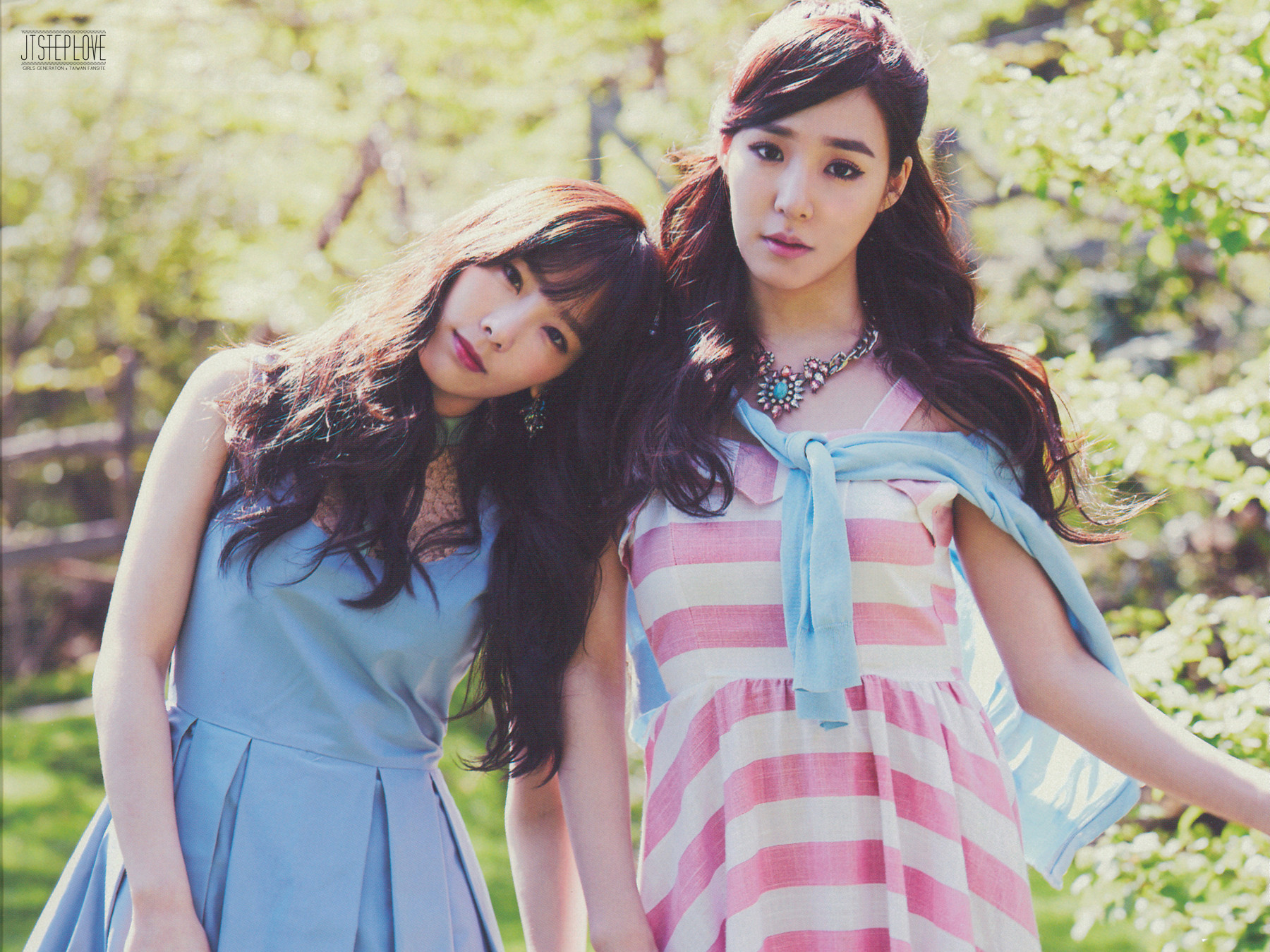 Today, we’re really putting the “more” into YuriReviews and More. In the 6+ years that this blog has existed, we haven’t really talked that much about fanfiction. I’ll assume everyone who’s visited this blog knows exactly what fanfiction is, so let’s talk a little bit about the subjects of this story instead.

One of the fun things about Kpop is how much shipping goes on in the various fanbases. This is especially prevalent in groups, so regardless of whether we’re talking about a boy band or a girl group, chances are that there are legions of fans that ship some members of the same group together.

It was about four years ago that a friend of mine introduced me to Girls’ Generation, which, at the time, was probably the biggest Kpop girl group out there. At this point, there were eight members in the group—and even though I could have taken a liking to any of the girls—two definitely stood out to me: Taeyeon and Tiffany. And much to my surprise, those two happened to be the most shipped pairing in the group, so like my friend, I started shipping Taeyeon and Tiffany (or “TaeNy”) as well.

Unfortunately, I joined the fandom a bit late, so I ended up missing a majority of the group’s prime years (they debuted back in 2007), but that meant there was already a ton of TaeNy content waiting for me. TaeNy shippers have a reputation for being kind of difficult, and although that might be true, you can’t question their passion. Below are some of my favorite TaeNy videos that I’ve encountered, but there are so many more good ones out there, and that doesn’t even take into account the TONS of fanfics that star these two.

Truth is, I was never really a huge fanfiction fan, though. Years ago, I had started this writing project as a fun, little diversion that seemed pretty different than what you’d typically find in fanfiction circles, and despite working on it for a while, I never quite finished the project. That original version didn’t star celebrities, but it wasn’t until Black Mirror: Bandersnatch came out that I began thinking about bringing this project back from the dead, so I changed the names, changed many of the various story elements, and started tying up loose ends that I never got around to doing the first time around.

Wanting to really take advantage of the choose-your-adventure format, I didn’t want this to be your typical fanfiction story, so things are a little more… out there. That means there’s a good deal of drama, and many of the 102 different endings result in someone dying a grisly death. Yeah, it can get pretty dark, but I like how there are major consequences (intended and unintended) to your actions. Alien abduction, a zombie invasion, a meteorite impact, and even Godzilla are some of the more farfetched scenarios that you can encounter, so things can definitely get pretty weird in this fanfic. 😛

For me, that was the main goal of this project. It was just a desire to create something unique, stupid, and (hopefully) fun. The world has a lot of serious fanfiction to discover, yet there isn’t enough ridiculous stuff that just makes you scratch your head and wonder what the hell the author was thinking. And that’s where I come in. This fanfic now weighs in at over 35,000 words, and as previously mentioned, it has 102 different endings (I went with quantity over quality :D), so there’s a little more replayability than the short-ish length might lead you to believe.

The branching routes made it hard for me to keep track of how many different paths there are, but there are quite a lot, and since some of them are short, they can easily be completed in one sitting. However, going through every possible route and exploring every nook and cranny might take a little while.

Nowadays, since Girls’ Generation might or might not be unofficially disbanded, there aren’t a lot of opportunities for TaeNy shippers to get their fix. So until the girls dust off their mics and get the band back together, we’re only left with fanmade creations to tide us over. Even though it’s probably not that good by fanfiction standards, I’m a good example that you don’t need to have prior fanfiction-writing experience to create something yourself, so if I can do it, anyone can. Just don’t tell me how bad mine is… 😛

Because there are so many moving parts, I’m not 100% sure I didn’t make a small mistake somewhere along the line, so please forgive that. And lastly, I’d like to publicly apologize to Taeyeon and Tiffany for some of the things that happen to them in the story. I’m so sorry. 😀

Synopsis: In an effort to have their wishes granted, Taeyeon and Tiffany go on a romantic vacation to Japan in order to visit the Lover’s Shrine, but an unfortunate series of events threatens to end their wedded bliss before it even begins…

12 thoughts on “Random Post: I Wrote a Choose-Your-Own-Adventure Fanfic”