Let’s do another Yuri News quick round. We have yet again a lot to cover, so let’s get right to it!

First up, let’s talk about the big ones! Kogado Studio‘s Nurse Love Syndrome has been released in English and is now available for purchase. If you’re fast, you can even get it for a 10% discount over on Steam!

For those of you who haven’t heard about the Nurse Love visual novels yet, I’d suggest you start with the predecessor, Nurse Love Addiction, which you can over on Steam.

Nurse Love Syndrome will feature the same universe and, of course, a story filled to the brim with yuri. Here’s some more information.

ABOUT THIS GAME
In a fantasy Japan, where womanly love is the norm, and a nurse can heal others with a touch of her hands…

Meet cheerful Kaori Sawai, fresh out of nursing school, as she joins Yurigahama Hospital. Surviving a near death experience as a child left her with a desire to become a nurse and “healing hands” that let her relieve pain in patients just by touching them.

MULTIPLE ENDINGS
Let your choices decide how Kaori will grow her relationship, and lead her to one of the 20 or more endings, of sweet love or darker passions.

Next up, we have some more news concerning yuri games, but this time, in the form of a yuri mobile game, namely Revue Starlight Re Live.

As announced by the developer, Ateam, the game is available for iOS and Android devices and is playable in English, Korean, Chinese, and of course, Japanese. As of recently, the game has been released and is available for download right now. It’s free-to-play with in-app purchases.

For those of you who haven’t heard of this game or haven’t watched Shoujo☆Kageki Revue Starlight yet, here’s some information.

STORY
After receiving a mysterious invitation to audition for a coveted spot with, Starlight, a popular musical revue troupe, star-struck contestants begin honing their talents and competing against each other for a chance of a lifetime. Among the hopefuls are childhood friends, Karen and Hikari, who once promised each other that they would take the stage together. With each contender working tirelessly hard to win, it’s the girls’ passionate dedication to their lifelong dream that’ll truly transform their performances as the curtains rise.

As a surprise, we also received the information of the franchise getting a mini comedy skit anime in the near future. How awesome! 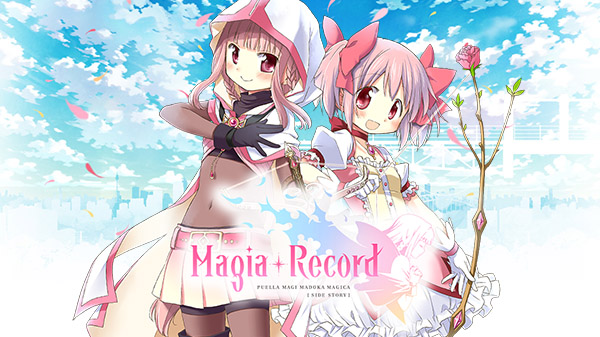 I guess there can’t be a month without new information regarding the all-new Madoka☆Magica anime, Magia Record: Mahou Shoujo Madoka☆Magica Gaiden. This time, however, we’re not talking about the anime, but the mobile game instead.

In fact, we’re getting an English game release in late summer this year, as announced by Aniplex.

Find out more information about this game by visiting it’s official website.

Moving on, the next one is probably not really some important news, but some information we found pretty interesting.

As it turns out, this year, the Akiba Research Institute held a poll to find out which yuri (or yuri-ish) series was most popular among the fans. We ended up with a list of 34 of which I will just feature the top 10. If you want to see the whole list, please visit their official website or the English short list over at Anime News Network.

To be quite honest, I was expecting to see certain titles so far up, but oh my, some actually shocked me. Seeing stuff like Saki or Strike Witches so high on this list seriously surprised me. Then again, seeing Kuttsukiboshi higher than titles like Blue Drop, Yuri Kuma Arashi, or Simoun is just ridiculous, in my opinion. But we all know that I just didn’t like and possibly also didn’t understand this OVA at all. 😀

The list itself is still pretty interesting, as we can clearly see what the current generation is most interested in. I’m also beyond happy to see that older titles are not forgotten either~

Lastly, I’d like to announce that starting on Monday, I’ll be on a 10-day-long trip to Japan. We already prepared quite a few posts for you to (hopefully) enjoy, just know that my replies may be a bit delayed… more than they already are right now aynway. 😀