You all saw it coming, didn’t you?

Ever since that Mai x Reo OVA was released, I’ve been eagerly waiting for another episode to finally appear. So far, we’ve “only” gotten some more SonoHana visual novels, which is already pretty awesome, but I still can’t help it. I want this to have an anime adaptation, and I want it pretty badly. 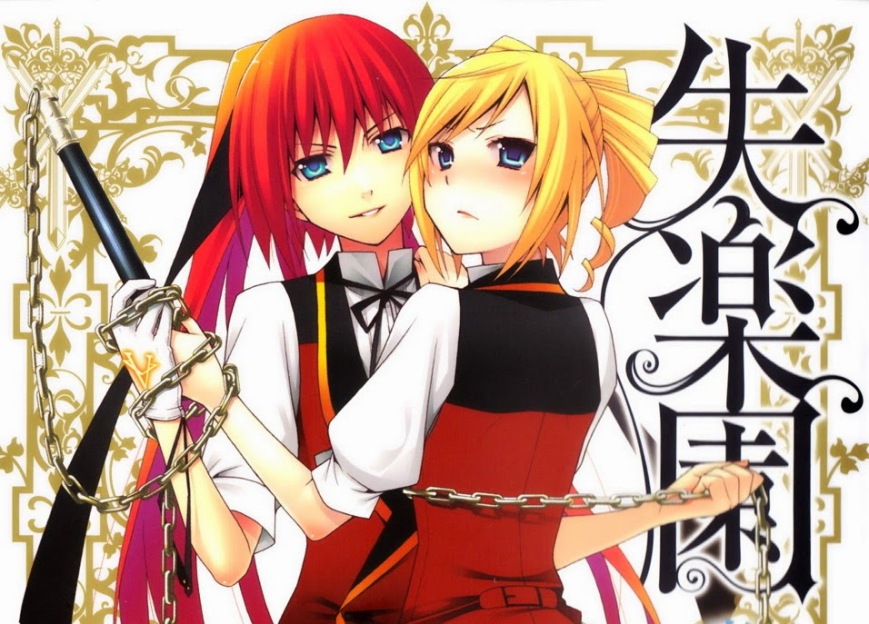 Along with QUALIA the Purple, this is the only other manga in the list that doesn’t completely focus on any kind of yuri relationship. It is a big part of the story, but the main focus is instead set on something else.

In this case, it’s so easy to imagine this as an anime. It has almost all the themes that are required for a successful (yet mainstream) anime…

But best of all, the main character is a girl with a yuri harem. This is all that needs to be said. Someone, make it happen!

7. QUALIA the Purple by Hisamitsu Ueo and Shirou Tsunashima

This manga is far different from any of the ones that are listed here.

This one, just like Shitsurakuen, doesn’t focus on the yuri relationship like all the other manga that you’ve already read and are seeing in this post. Instead, it focuses on its amazing sci-fi story and takes us on an adventure through time and space.

It might feel a little odd to add a manga like this, but with a story like this, I’m 100% certain that an anime adaptation of this manga—or rather, the novel this is based on—would turn out to be really popular and certainly not just among us yuri fans.

And here comes the first non-Japanese contender on this list.

I have a hard time deciding how likely it would be to see an anime adaptation of this. First up, it’s of course pretty much impossible, seeing that it’s not a Japanese work anyway. The fact that this one focuses on a romance between a teenager and a 34-year old woman also surely doesn’t help. However, as seen with Citrus, a lot of studios these days try to gain an audience by presenting something with some sort of shock value. At first glance, I guess this work might seem like the right choice and would probably attract quite a lot viewers, but then again, the story behind all of this in my opinion is strong enough to keep people interested and maybe even change their views.

In short, I’d love to see this happen, even if it’s highly unlikely.

Okay, so here comes an obvious choice. Girl Friends was running quite a few years ago, and I feel like the newer generation of yuri fans might not even know about it anymore. Now seeing a work like Hana ni Arashi, that looks and feels so similar to Girl Friends, I think it’s far more likely to see this getting an anime adaptation than anything that was long finished years ago.

Now don’t get me wrong, this is not just a Girl Friends lookalike. This one has a strong story itself, some great characters, and a more than adorable romance itself. In short, I just wanna see an anime version of it~ 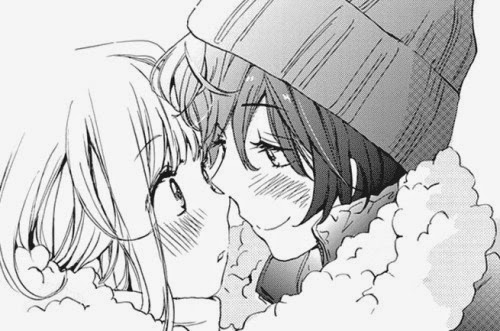 Yup, I know. We more or less already got an anime adaptation of this, but can we really say that this was enough? Seriously, was it?!

We got a first taste of it, but personally, I don’t think that’s all there should be of this masterpiece of a manga. The quality of what we received was so outstanding that something so short just can’t possibly satisfy us. Also, seeing that there is still so much story to touch upon, I think another OVA, or even a full 12 episode long anime, wouldn’t be such a bad idea at all!

I feel like Moonlight Garden gets overlooked quite a bit by people, but I seriously don’t know why. It’s been a while since I, so to say, couldn’t get my eyes off of the screen while more or less rushing through this work, simply because I couldn’t get enough of it and desperately needed to see the story unfold.

I guess this one yet again has some bold, or let’s say, hentai-y vibes that are hard to cover up. Still, I believe that this would make a great anime, if we just cover these NSFW scenes and tone them down a little. Since yuri anime are doomed to screen at a very late time at night (in Japan) anyway, adding some ecchi elements surely wouldn’t be too bad of an addition.

Yet again, this is not a Japanese work, so chances are pretty much nonexistent, but maybe, just maybe, another country will take it upon them to do something about it and make it all happen. 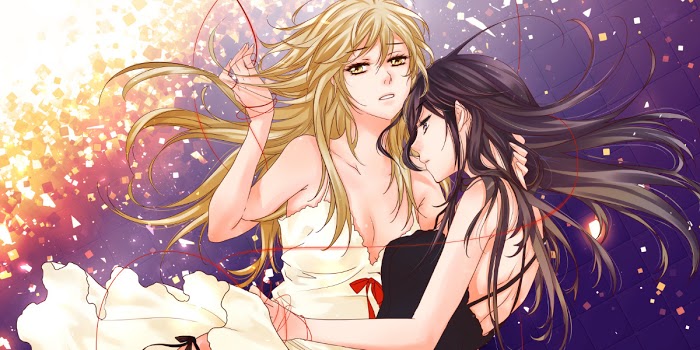 Non-Japanese works are pretty high up on this list, huh? The quality of these works, plus the mostly profuse display of sex, help me quite a bit in falling in love with them quickly.

Despite the fact that there are several more great non-Japanese works, such as, for example, What Does The Fox Say, which I am finally reading (or more like devouring) right now, Pulse manages to still to this day count as my favorite non-Japanese work. It’s beautiful to look at, easy to indulge in, and has one of the greatest love stories ever. I’m not lying when I’m saying that Mel and Lynn make one of the greatest couples I’ve ever seen, and I’d pay a lot to see these two in a spin-off or something like that in the future~

I bet a lot of you already knew that this would be my number one, or at least very high on the list. It’s no surprise actually, because the one thing that I want to see the most is a simple romance between two girls.

I want to see a story with two girls getting to know each other, becoming friends, and finally becoming lovers. There needs to be some obstacles in their way of course, but there doesn’t need to be any action sequences involved. All that is necessary is a kiss in the end. That’s all.

Girl Friends is exactly that, and unlike something like Citrus, also a little more… let’s say realistic, with the amount of drama thrown at Akko and Mari. And that is exactly why it’s my biggest wish to see this, or at least something similar to this, as an anime.

I’d also like to mention some of the ones that came close but couldn’t quite make it onto this list.

What Does The Fox Say by Team Gaji (probably my #11)
Touhou
Octave by Haru Akiyama
Kisses, Sighs, and Cherry-Blossoms Pink by Milk Morinaga
A Love Letter From The Marching Puppy by Tamasaki Tama
My Unrequited Love by tMnR
Killing Me! by Akiyama