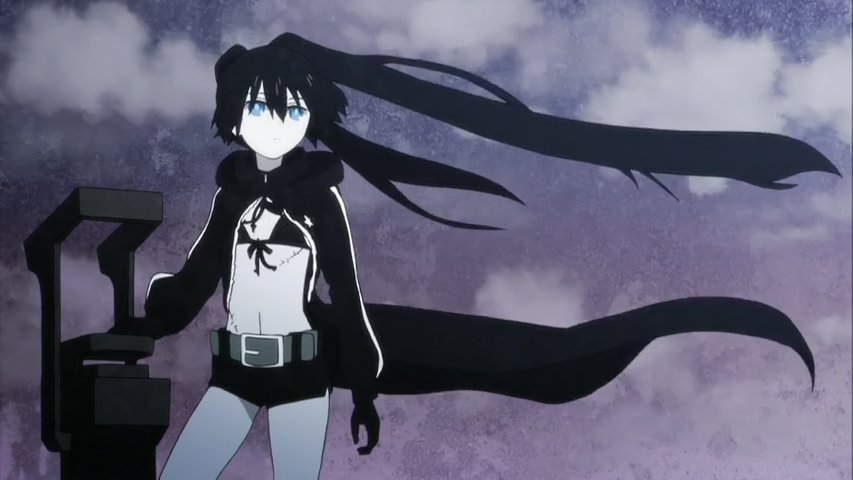 Synopsis: On her first day of junior high school, Mato Kuroi meets Yomi Takanashi. Though Yomi is initially taken aback by Mako’s straightforward personality, the pair quickly becomes friends and begin to spend time together daily. As a sign of their friendship, Mato gives Yomi a cell phone charm—a blue star, identical to her own.

However, when the two enter their second year, their relationship starts to change. Placed in a different class, Mato begins to spend more time with Yuu Koutari instead, a girl she met through the basketball team. In fact, the former best friends drift apart so much so that Mato cannot find Yomi anywhere, as if she had disappeared entirely.

Elsewhere, Black★Rock Shooter is on a quest to vanquish the Dead Master. These two, while opposed, bear a connection not unlike Mato and Yomi. As their stories begin to cross, it seems Yomi’s disappearance may have to do with the blue star-shaped charm and the legendary gunslinger herself.

It seems kind of weird to be writing about this one, considering we’ve already reviewed the TV anime, but we’re covering all of the bases. Even though there are similarities to the eight episode TV anime, I feel like there are also enough differences to make this short write-up worthwhile. Coming in at fifty-two minutes, the OVA had the unenviable task of trying to do in such a short time what the subsequent TV anime had some trouble doing in three-and-a-half times the length: tell a cohesive story.

Part of the problem is that new viewers are very likely to be confused as hell. Not necessarily from the more slice of life moments. Those are pretty straightforward (at least until the end), but the scenes that take place in the alternate world that show Black★Rock Shooter, Dead Master, Black★Gold Saw, and Strength? Those go completely unexplained, and it’s a shame, because those are some awesome characters that we learn nothing about. More than anything, this seems like an appetizer for the TV anime, and I think a lot of people who watch this would become more interested in learning about these characters and this world they inhabit. Also, a character who plays a prominent role in the TV anime is completely missing, Kagari/Chariot. If you haven’t seen it, it shouldn’t matter, but that’s one less good character.

Yuri subtext is all this OVA has to offer, as you might expect. Mato and Yomi become fast friends, and it doesn’t take too long until they’re practically inseparable. As the synopsis states, their relationship takes a turn for the worse, but you know what they say about The Power of Friendship. The slice of life segments are somewhat enjoyable, if unremarkable, though, this anime kind of feels like two anime in one. There are the action parts and the slice of life parts, and they just aren’t melded together well enough for my liking. Eventually, they do come together, yet it feels too rushed. The TV anime is a retelling rather than a sequel, so what happens here has really no effect on that. Still, the flashes of potential are here in this OVA, yet they’re not fully realized. 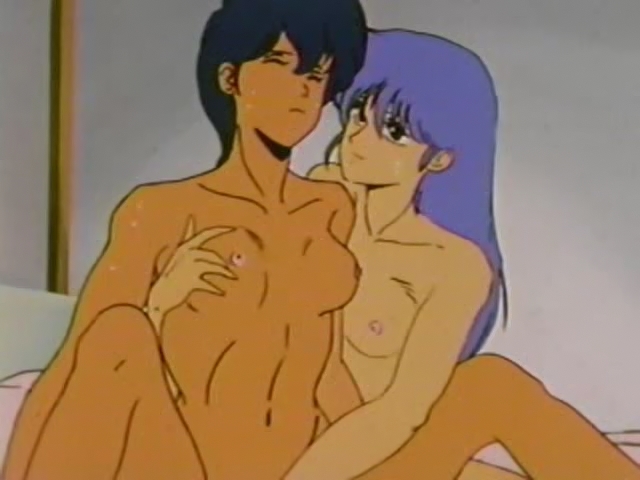 Synopsis: Dr. Toyama takes control of the body of a beautiful girl with his strange invention. He lets the young Asagedani slip into her body so he can see how it really feels to be a girl. Then Komaba’s classmate, the equally beautiful Nakano, surprises him and mistakes his activities for a sexual advance from her friend. 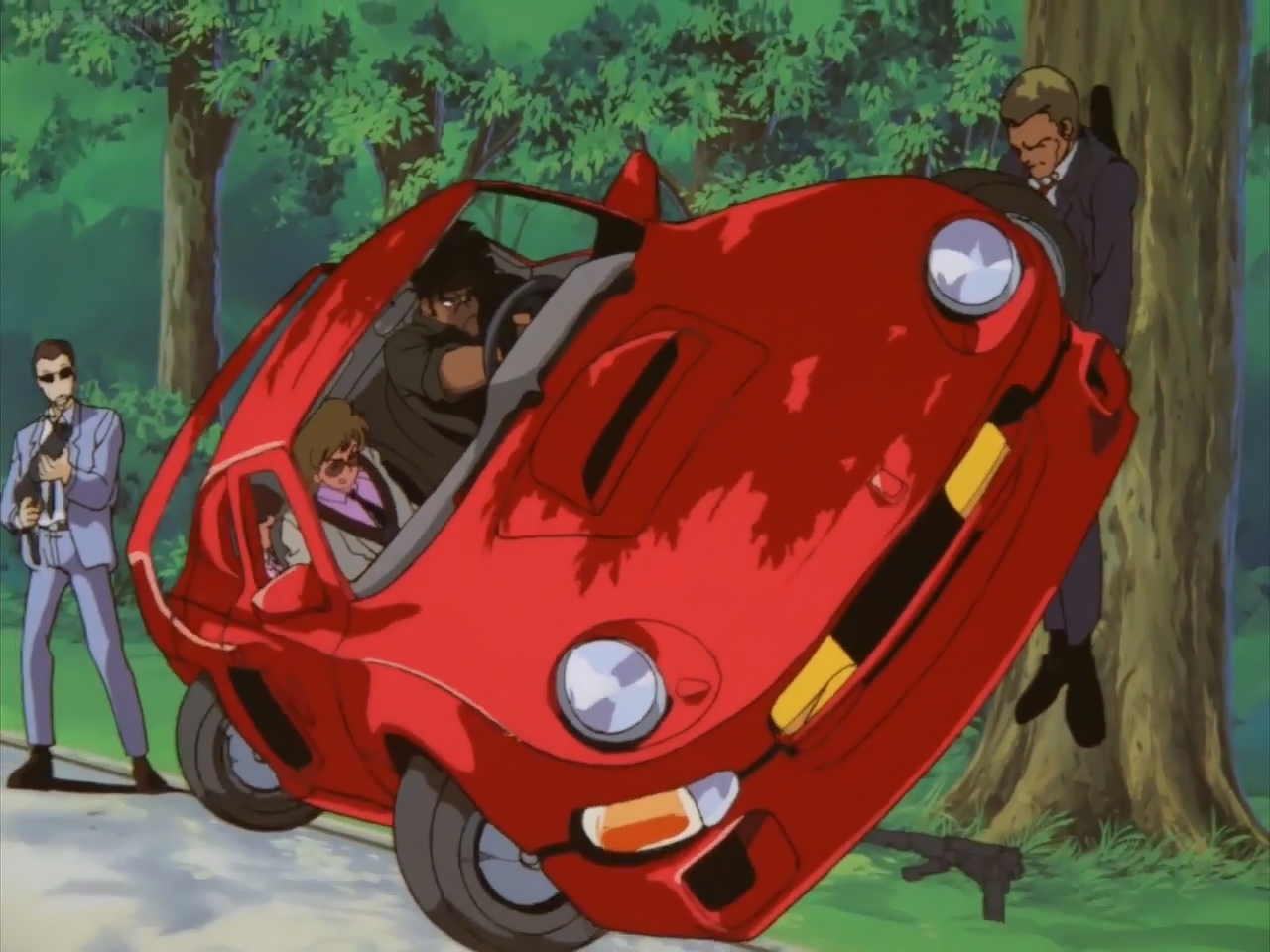 Synopsis: Bean Bandit and his partner Rally Vincent are couriers for hire – transporting clients and delivering goods in his custom sports car “Roadbuster” for a hefty price. But when they are hired to escort a kidnapped girl named Chelsea to her home, they don’t realize they’re being framed for kidnapping as their former clients Semmerling and Carrie plan their escape with Chelsea’s father and the ransom money.

First off, I have to say that this OVA is pretty awesome. Car chases, gunfights, and awesome animation, what more could you want from an action anime? This was released way back in 1989, and one listen to the soundtrack confirms this. By that I mean it’s awesome. This OVA is just a very cool, pedal to the metal experience that couldn’t have won awards for originality, yet it’s simply entertaining as all get-out. I would’ve loved it had this been twelve episodes, though, the budget probably would’ve been ridiculous (and the finished product might’ve had to sacrifice too much animation quality), so I’m cool with this being only fourty-six minutes of pure, unadultered fun.

And how does yuri fit into all of this, you ask? Well, remember that synopsis? Turns out that Semmer and Carrie are lesbians. That’s undeniably pretty awesome, but what isn’t exactly awesome is that Carrie is really young. We never learn exactly how young she is, but the fact that she’s able to impersonate an eleven-year-old is all you need to know. And what’s worse than that? Semmer is abusive, so Carrie literally takes a beating in this OVA. Needless to say, this isn’t the ideal scenario, but I can’t recall an anime that has a pair of lesbians play the “bad guys”, so at least it’s something different. Aside from one kiss, there isn’t much affection between these two, and considering the age difference, maybe that’s a good thing…

What’s really surprising is that Bean Bandit is making a comeback thirty years later. The original creator launched a Kickstarter and Campfire campaign last year to support this new anime project, and since the goal was met (at least on Kickstarter), word is that it’s due to be completed by the end of the month. I was pretty hyped… until I saw that the teaser was on the YouTube channel of Creators in Pack, of Netsuzou TRap infamy. I’d love to be wrong and have this turn out as awesome as the original, but this puts me in wait-and-see mode. Oh, and the new OVA will likely be only around ten to fifteen minutes. Still better than nothing!