Since it’s been a while since our last Yuri News Update, there’s a lot to cover this time around. Let’s get started~ 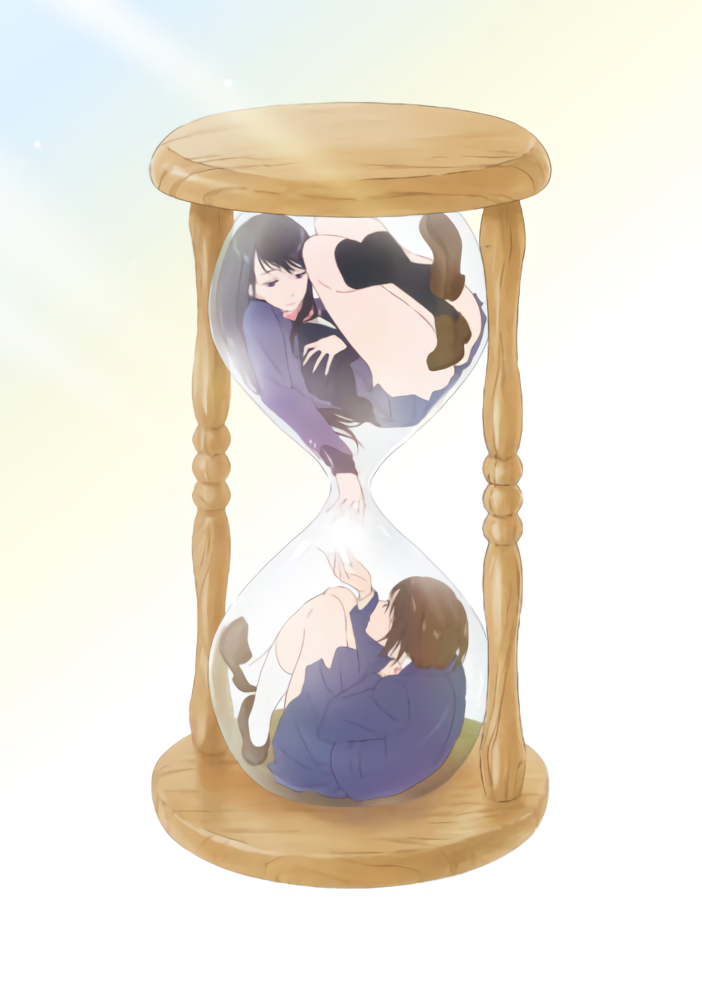 First up, some much-needed good great news in this yuri anime drought we’re suffering from.

Looks like we have another anime adaptation to look forward to, come November. That’s when Flag Time will grace us with its presence in Japanese theaters, a few years after the manga finished its run. The OVA comes courtesy of Tear Studio, and it reunites the director, animation director, and composer of Asagao to Kase-san., so needless to say, it appears this OVA is in good hands.

I think we can all agree that we NEED some more yuri anime this year, so even though November seems far off, this is still very welcome news. This seems like a bit of an odd choice to adapt into an anime—considering what other great stuff is out there—but at least the story is interesting, so my hopes remain pretty high that this will turn out to be one of the yuri anime highlights of the year~ 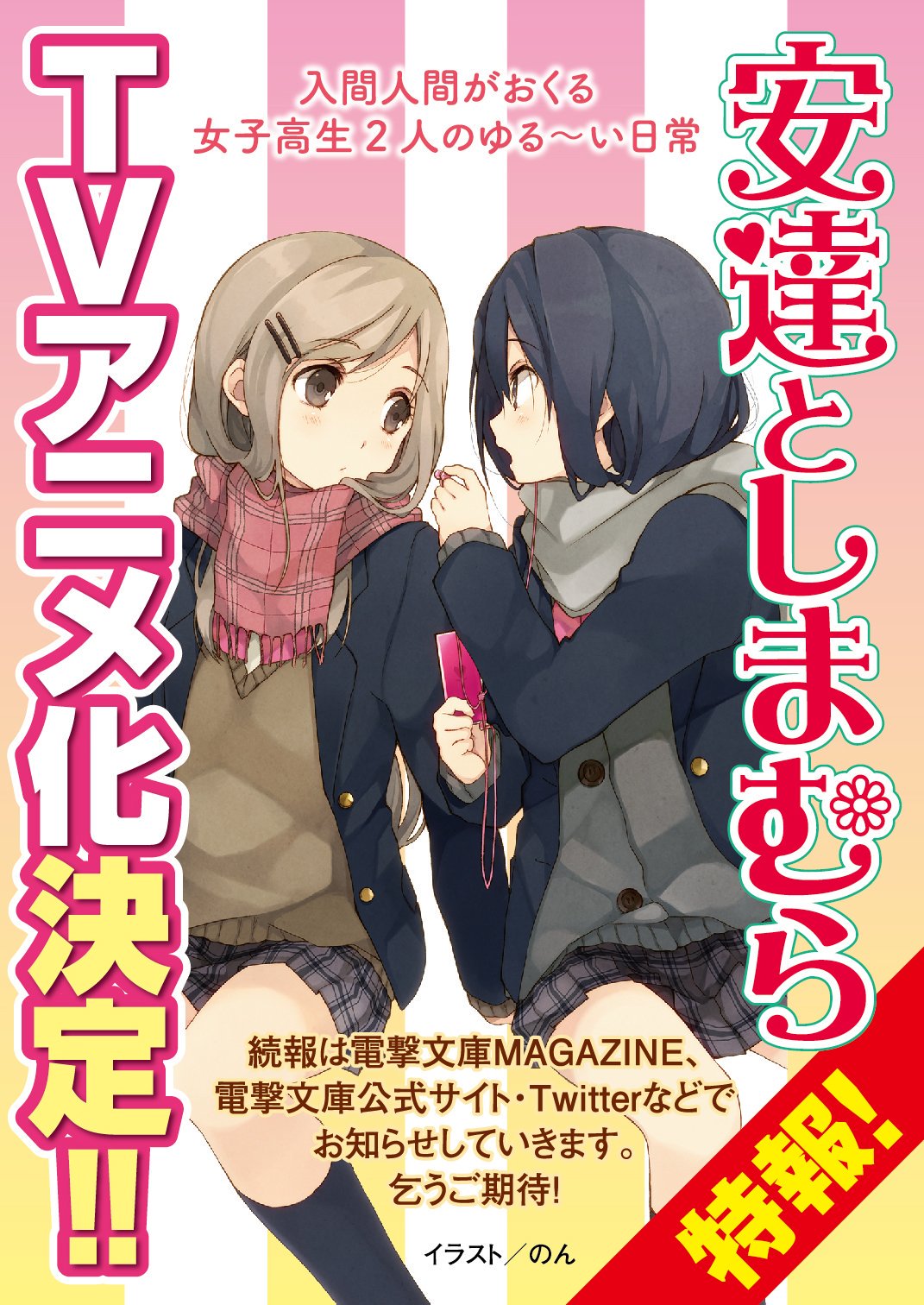 In case you’re wanting even more news of anime adaptations, here you go. It looks like Adachi to Shimamura will be the next yuri series to make the jump from the page to the screen.

That’s about all the info we have right now, but there’s supposed to be more news on the way, at some point. Given that the year is already halfway over, I think it’s probably unlikely that this anime will air this year, but if that’s the case, it’s just something to look forward to in 2020. While you’re waiting for this adaptation to air, you can catch up on the eighth volume, which is out now. 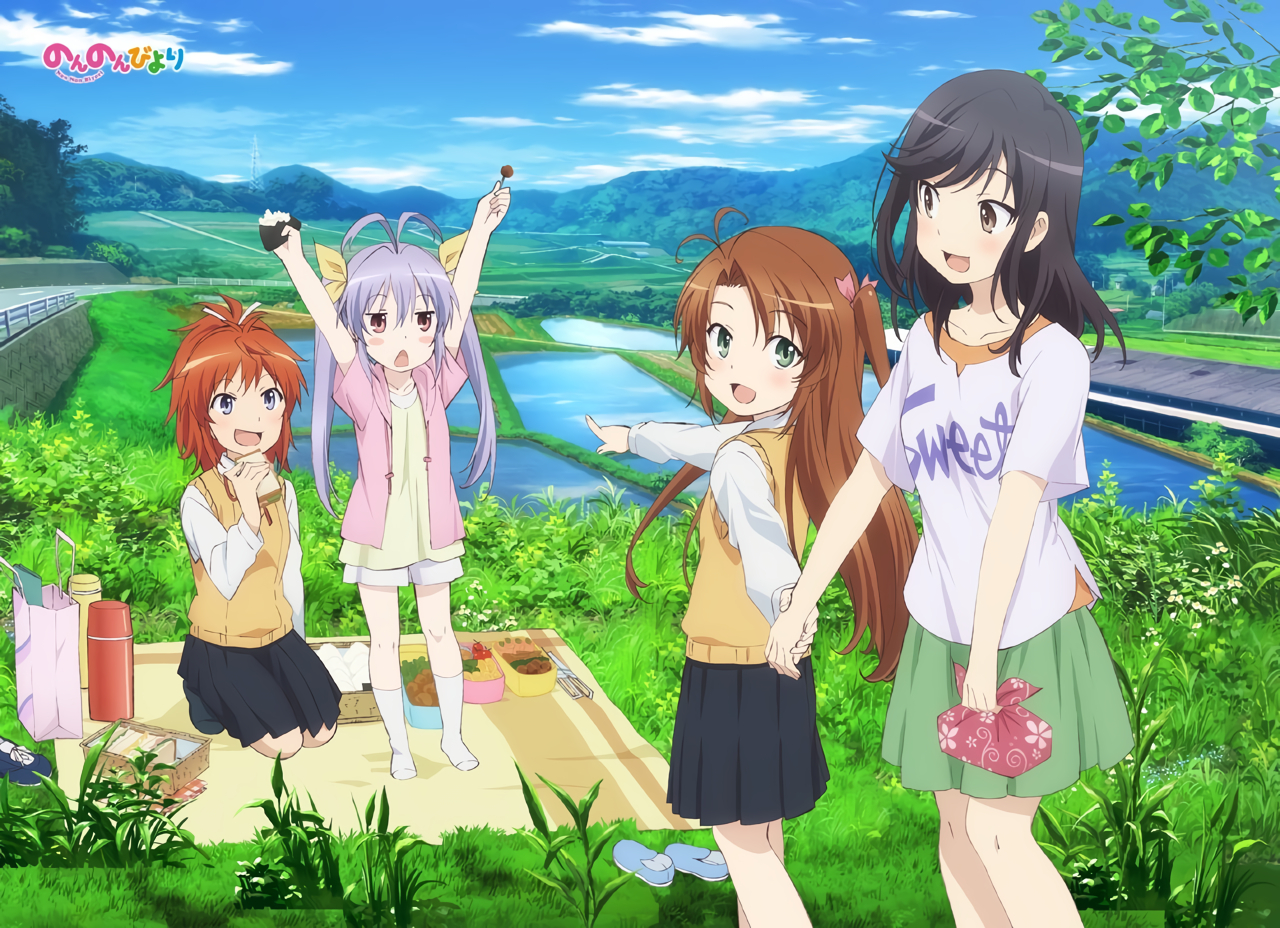 And in more good news, there’s a third season of Non Non Biyori on the way. Beyond that, not much else is known yet, but if you’ve been wanting more Renge in your life, the future is looking bright. Here’s the short announcement PV. 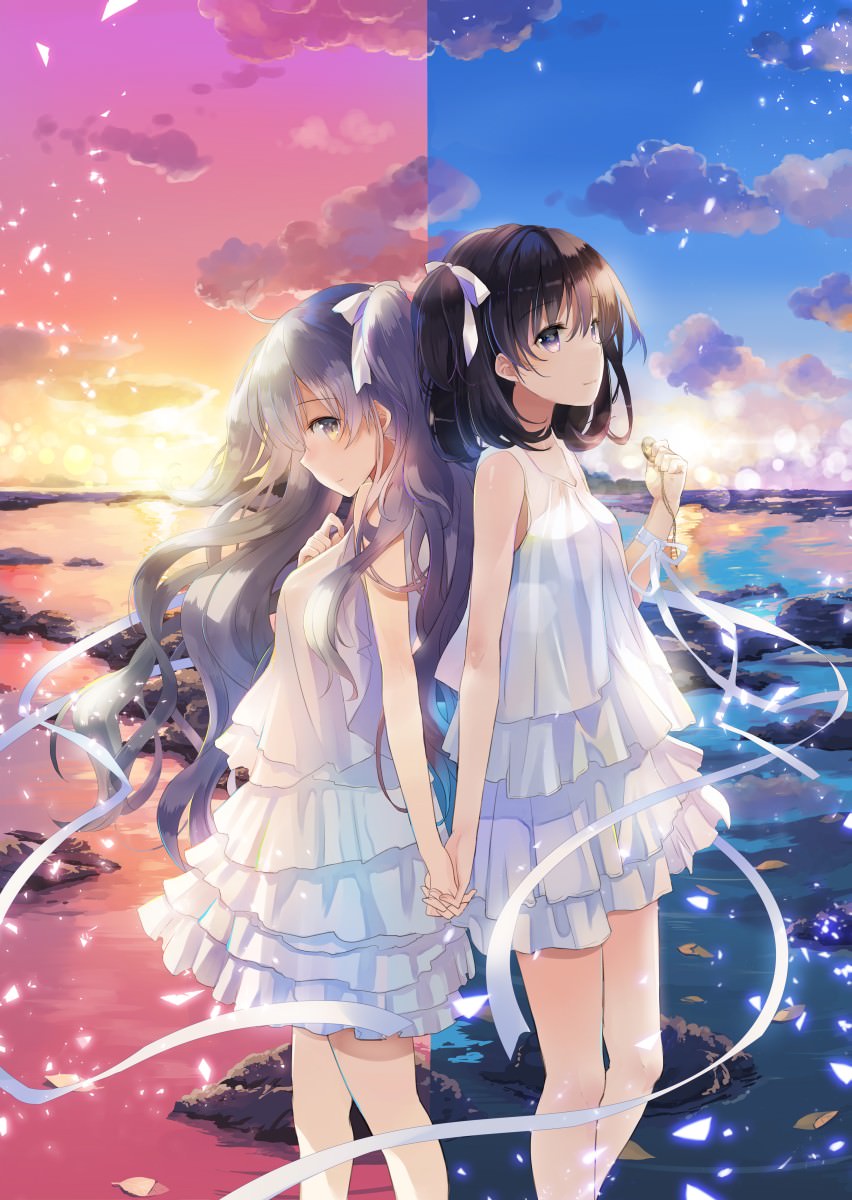 If there’s one thing I know, it’s this: The only things we can count on in life are death, taxes, and Valve making a fool of themselves.

Yes, after their many issues with review bombs, unclear and inconsistent standards of the types of content allowed on their platform, and the banning/unbanning of anime-style games with underage characters, they’re still seemingly back at it.

This time, it’s a yuri visual novel that’s at the center of the story. If you’re one of the many people looking forward to the Steam release of SukeraSparo and Mangagamer’s Kotonoha Amrilato, you’re going to have to look somewhere else.

The good news in all of this is that Steam is far from the only digital distribution platform, and you can currently get the game from either Mangagamer or GOG. Maybe it’ll eventually get a Steam release or maybe it won’t, but as more and more yuri visual novels find homes away from Steam, this is a good reminder of the hot mess that seems to define Valve and Steam these days.

This next story isn’t so much “yuri” news as it is just awesome news in general. I think a majority of yuri fans associate magical girls with two specific series, Mahou Shoujo Madoka★Magica and Magical Girl Lyrical Nanoha. I’d imagine that fans have dreamt of the day that we’d get an official collaboration between these two franchises, and it looks like that day is finally coming.

The Magia Record: Puella Magi Madoka Magica Gaiden game will have a crossover event with the Magical Girl Lyrical Nanoha: Detonation film that opened in Japan late last year. What exactly that means is anyone’s guess, but it’s still super exciting to think about. Now who do I have to kill to make an anime crossover happen?! 😛 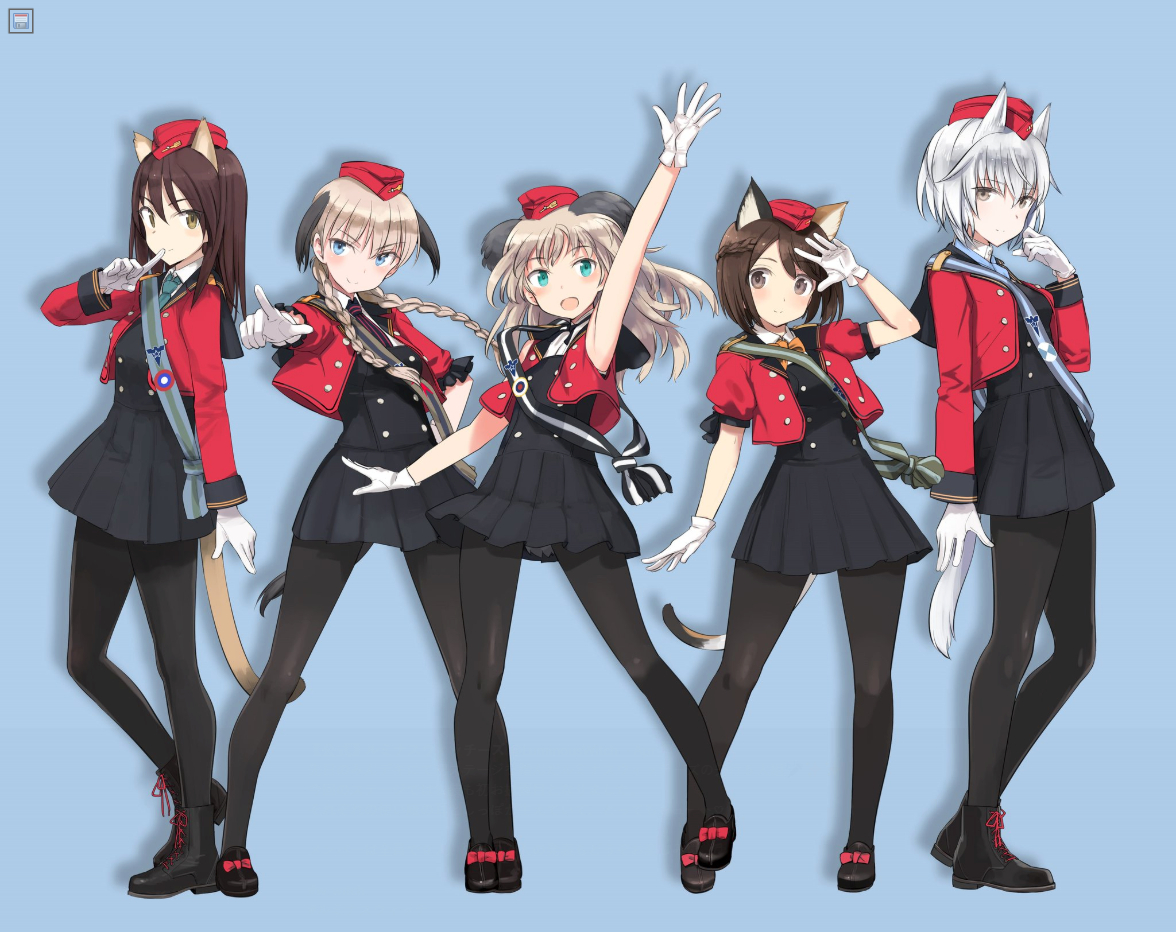 Moving right along, we have a little bit more info on the upcoming Luminous Witches anime. Set to debut in 2021 (that’s so far away!), Luminous Witches is different from the Strike Witches series and Brave Witches, in that it’s not about fighting, but instead, it’s about “witches” who sing and dance to comfort those who’ve been affected by the war. Below, you’ll find a couple of PVs to better acquaint you with some of the characters you’ll be seeing.

Something like this was bound to happen, and it’s a little surprising to me that it’s taken this long to come to fruition. To be honest, we haven’t been keeping up with the latest spin-off in the series (and if the MAL scores are anything to go by, we’re not missing much), but Luminous Witches might be the shot in the arm the series needs in order to reinvigorate the franchise. I know I’m at least a little intrigued, and that probably wouldn’t have been the case had this been just another Strike Witches season. So now we play the waiting game… 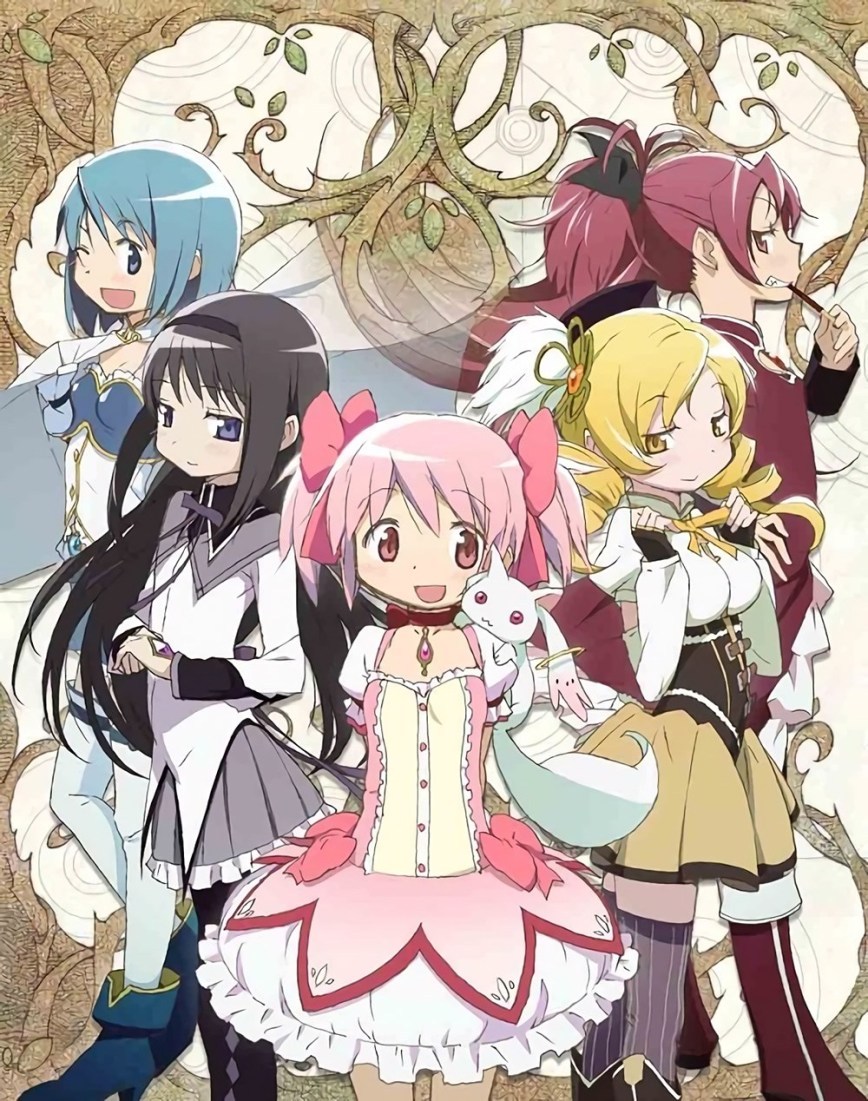 With the Heisei era winding down, goo (a Japanese search engine powered by Google) conducted a poll to determine the “Best yuri anime from the Heisei era”, and the results are quite interesting.

Mahou Shoujo Madoka★Magica ended up taking the top spot, with Revolutionary Girl Utena and Maria-sama ga Miteru rounding out the top three. Here’s how the top twenty shook out.

Looking over this list, there are some shows I agree with and some I really question how they made it onto the list. Kakegurui ranking higher than Sakura Trick? Happy Sugar Life ranking higher than Citrus? Ramen Daisuki Koizumi-san making it on at all? Looks like people might’ve been celebrating by hitting the sake a little too hard… 😛

The Heisei era began in January 1989 and ended in April 2019, and that time frame has seen most yuri anime that exists, so this isn’t a case of “anime x” not being eligible, this is pretty much nearly every yuri anime ever made.

Even though I can’t agree with everything on the list, I can’t deny that there were a lot of really good shows to choose from, so the Reiwa era has a lot to live up to. 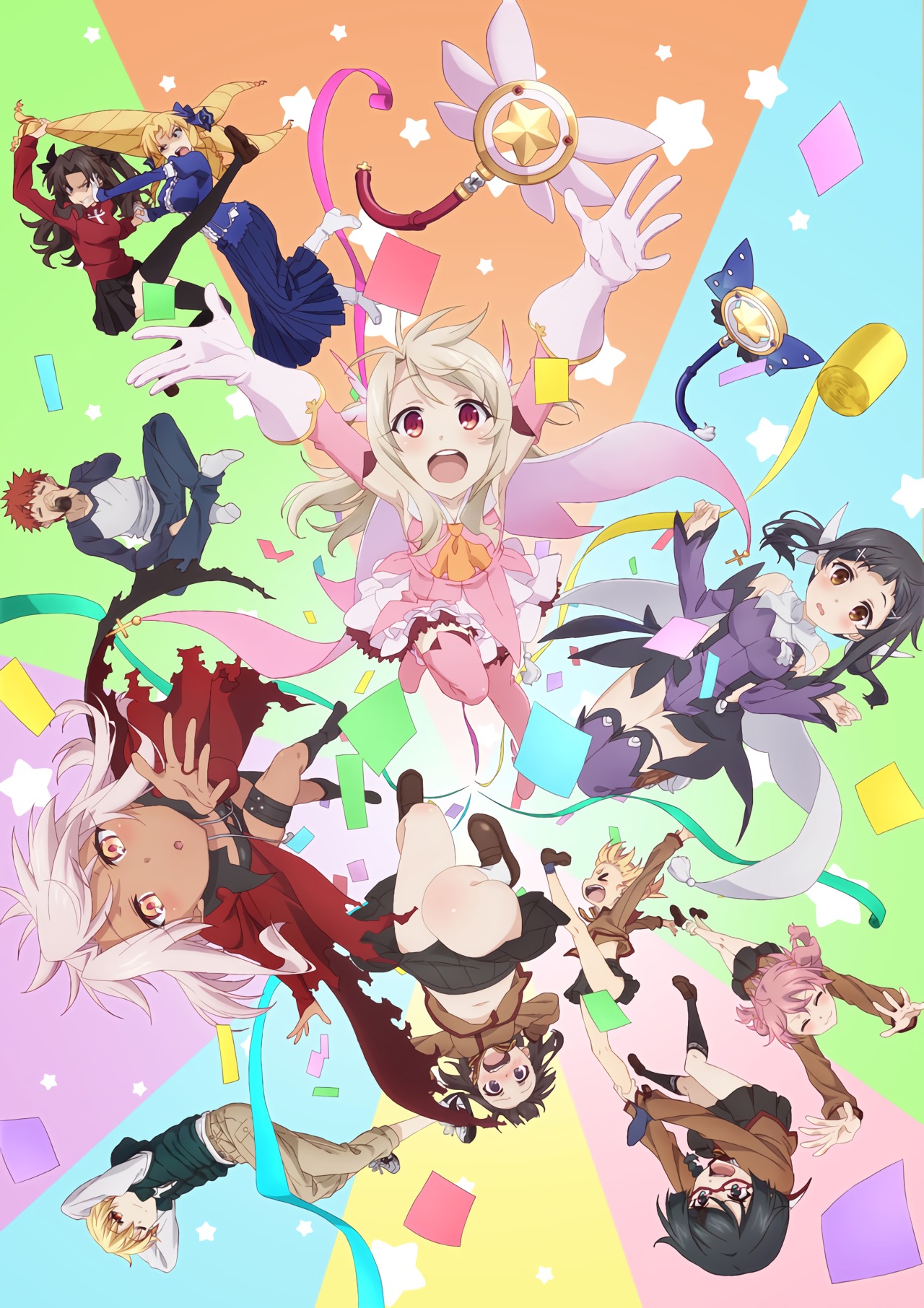 Continuing the trend of theater screenings, Fate/Kaleid Liner Prisma☆Illya: Prisma☆Phantasm started screening in Japanese theaters over the weekend, so the countdown to the home release has officially begun.

Much to my delight, it seems this latest iteration will return to being a lighthearted affair in the vein of the first four seasons of Fate/Kaleid Liner Prisma☆Illya, instead of the more serious movie starring Shirou and Miyu.

This series has given us a lot of yuri kisses over the years, so let’s hope that this newest addition will continue that awesome trend. And let’s hope that after this, we’ll get yet another season of antics from Illya, Miyu, and Kuro~ 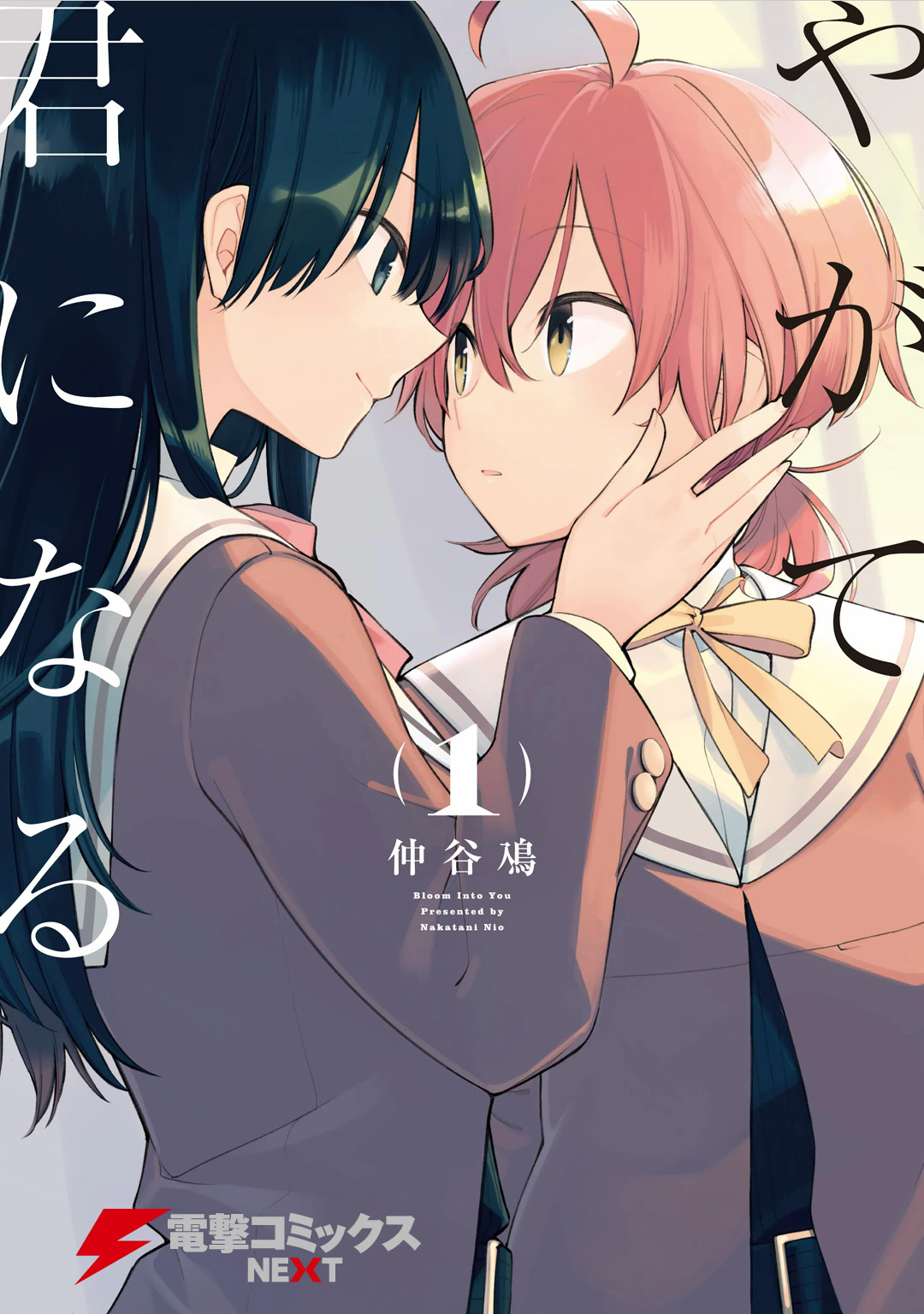 All good things must come to an end, but knowing that doesn’t make it any easier to deal with. As we’ve all known, it was only a matter of time before the Bloom Into You manga would come to an end, and now, we know when that will be.

Mark November on your calendars, folks. That’s when the eighth and final volume will ship. Nio Nakatani’s instant yuri classic has provided us with some great reading material, as well as arguably one of the greatest yuri anime of all-time, so it’s going to be sad to see it go.

Who knows if there’s going to be enough material for another anime season, but if not, how about an OVA similar to Kase-san.? Would you be willing to sign a petition to try and make it happen? 😛 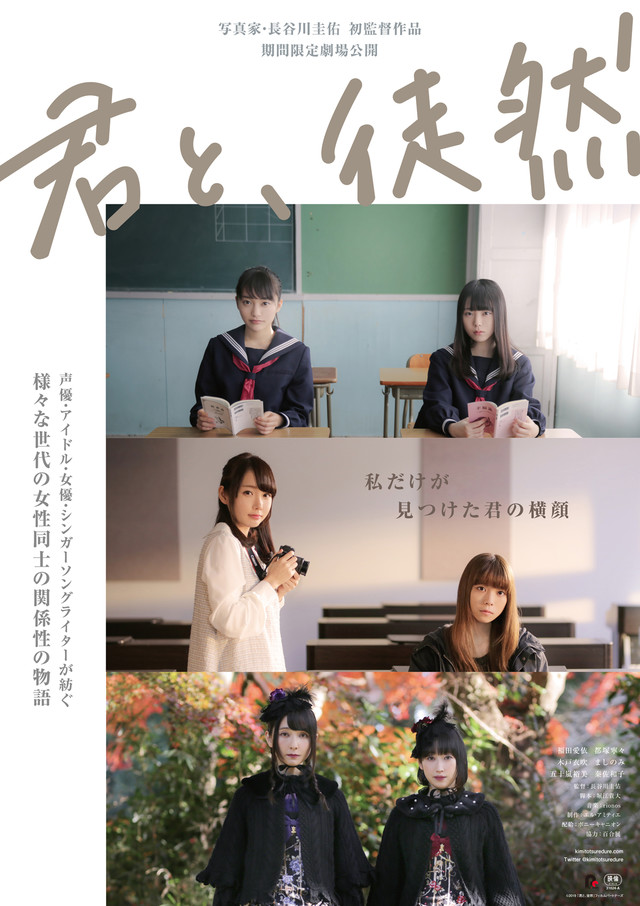 Next up, something very different, but still pretty damn awesome. Kimi to, Tsuredzure is a yuri anthology film from photographer and first-time director Keisuke Hasegawa. The film stars a trio of voice actresses (Sawako Hata, Hiromi Igarashi, and Ibuki Kido), and you can check out the trailer below.

As it turns out, the film was screened in Japanese theaters back in March, so it appears we’re just a tiny bit late with this news… 😀

Anyway, if your love of yuri extends beyond the 2D plane and into live-action works, this is something that should definitely be on your radar. And you can find more of Keisuke Hasegawa’s photography over on his Twitter and Instagram accounts.

And on a completely unrelated note, we’re adding a little wrinkle to YR. Besides yuri, something we really like is music, so we’re starting a new weekly series titled “What We’re Listening to This Week”. As the title might suggest, we’re just gathering a handful of songs/music videos we like and showcasing them.

Because we’re sure that 99.9% of our audience isn’t interested in something like that, we’ll be posting these on pages, instead of posts. That means these posts won’t show up on the YR homepage, so they won’t get in the way of actual yuri content. Maybe we’ll add a link to these off-topic posts in the menu bar or in the side bar or in the footer or something. We’ll see. 😛