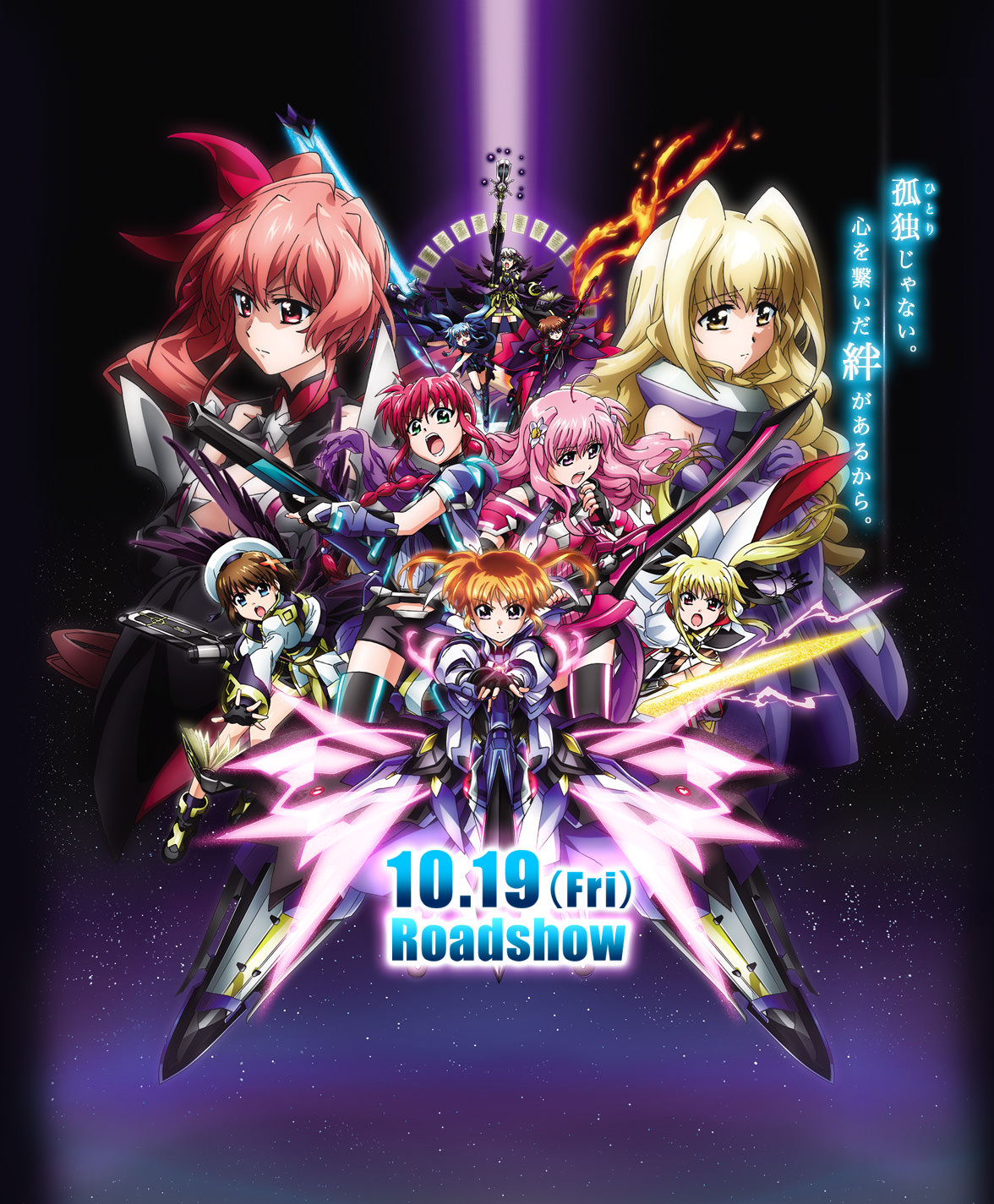 It feels like it’s been forever since we reviewed Magical Girl Lyrical Nanoha: Reflection, but it’s finally time to complete the story that started in that movie. So was it worth the wait? That depends… 😛

The story of Detonation picks up right where Reflection left off, and if you’re anything like me, you’ve already forgotten what happened. If that’s the case, fret not. There’s a quick recap at the start of the film, which should be enough to jog your memory and get you in the mood to jump back into this universe.

Once there, you’ll find that Detonation is definitely not lacking in at least one department: action. That’s right, the story is definitely not this movie’s strong suit (which should probably come as no surprise to longtime Nanoha fans), and a lot of time is instead spent on fight scenes, but those fight scenes are pretty good, so that’s not a bad thing.

I feel like the movie was definitely at its best when it was all about the action, and for at least the first half of the movie, I thought that the lulls in the action were when things became stale. About halfway through, that plot twist that introduced a new character was a huge letdown for me. To not spoil anything, I don’t want to talk about it too much, but pretty much everything about that character was a letdown. Their introduction, their motivation, you name it. I didn’t care one iota about them, so even thought the action was nice, it was sometimes hard to really care about the story after that.

“They have their little emotional moment (that Hayate so rudely interrupts :P), so that’s sure to put a smile on the faces of the NanoFate shippers. Aside from that, I’d say that there really isn’t a lot of subtext in this film.“

Before and after that introduction, at least we got a little bit of backstory involving Iris and Yuri, which helped to flesh out their characters about as much as you can expect in such a short time frame. As a villain, I didn’t think Iris was that great, but by the end, you feel for her a little bit, and my feelings towards her did improve compared to the end of the previous film. When the credits rolled, I was content with how the story had played out for the main characters, and I do have to admit that the ending was a bright spot, so at least there’s that.

To me, the story of Detonation just wasn’t as entertaining as the story in the previous Nanoha installments. It’s probably not a coincidence that this happens to be the first Nanoha movie that didn’t have the benefit of being a recap of an entire season, so the plot just feels rushed and incomplete. Still, Magical Girl Lyrical Nanoha: Detonation does deliver the action that fans crave, but if you’re wanting a little more from your magical girl anime, you’d probably be better served looking elsewhere for a well-executed story. 😛

Pretty much all of the important characters from before make a return (by “before” I mean pre-StrikerS), but because the cast has become so inflated and because of the sub two-hour runtime, not everyone gets as much screen time as I’m sure people would like. 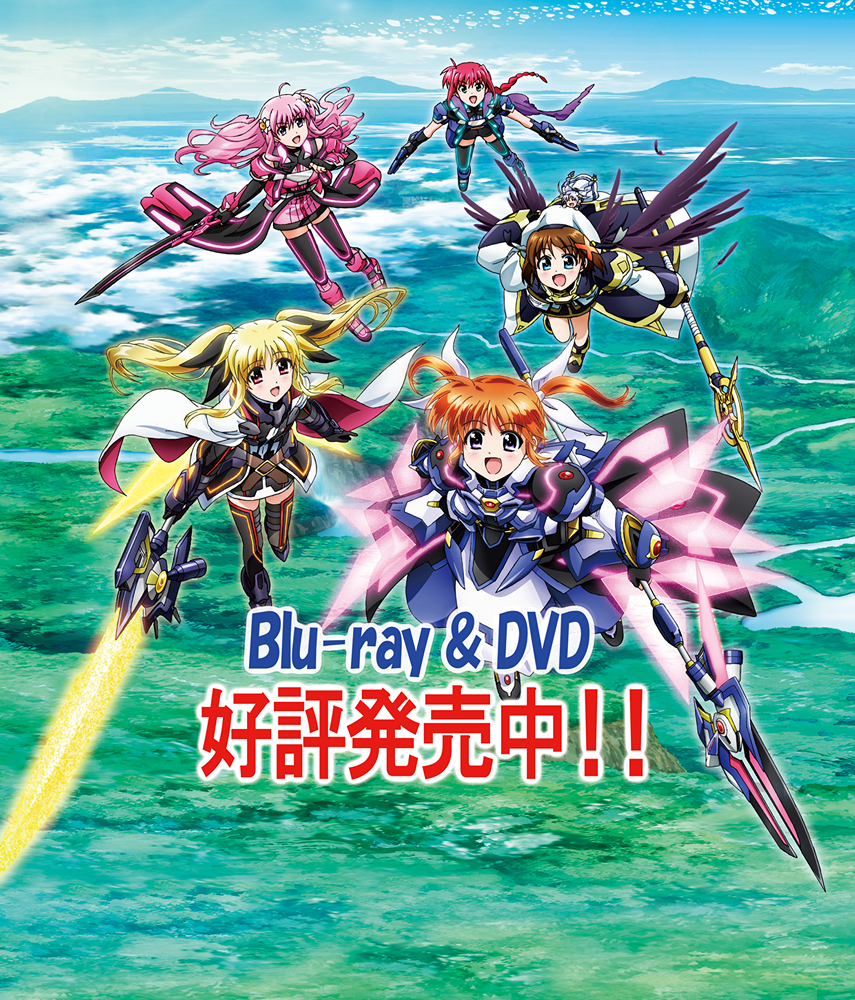 Characters such as Vita, Signum, and Shamal were among the bright spots of past seasons, but in Detonation, they continue to be pushed aside in favor of the newer additions to the cast, Amitie, Kyrie, Iris, and Yuri. While these new additions managed to fit in quite well, I still can’t help but miss the time when we could focus more on the original cast, especially Nanoha, Fate, and Hayate.

But speaking of Kyrie and Amitie, their roles in the movie are almost strictly devoted to fighting, so their development as really engaging characters is somewhat compromised. Yeah, they had their time in the first movie, though I expected a little more from them than just fighting. 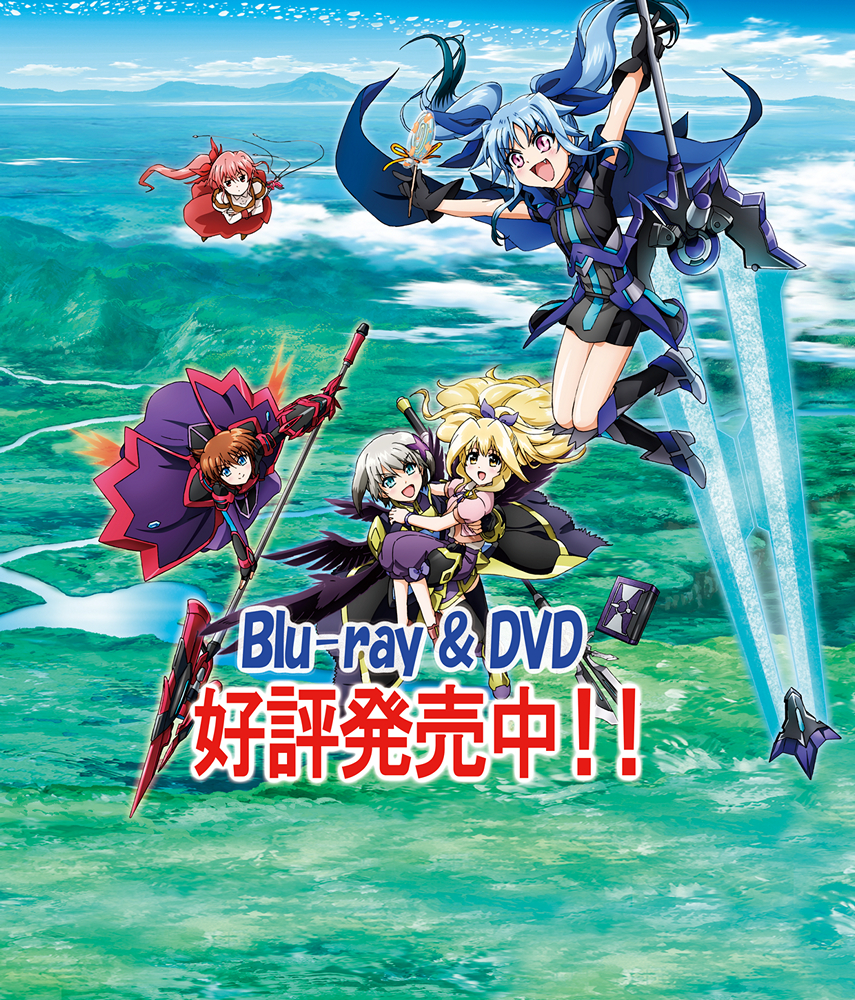 Moving on, the franchise is named after her, so it’s no surprise that Nanoha does quite a bit of fighting herself. And it’s also no surprise that her fight scenes are arguably the best, since she’s always tasked with taking out the big bad, and this time is no different. Like many of the other characters, she doesn’t do much more than fight, yet at least she does it well. The same can be said of Fate, and towards the end of the movie, we finally see Nanoha and Fate team up again, and to me at least, it was one of the highlights of the entire movie.

So, about NanoFate. They have their little emotional moment (that Hayate so rudely interrupts :P), so that’s sure to put a smile on the faces of the NanoFate shippers. Aside from that, I’d say that there really isn’t a lot of subtext in this film. Iris and Yuri would have to be where you’d look to next, and although there’s a love-hate relationship dynamic there, it feels like more of a sisterly thing (and not in the Citrus kind of way). 😛

It’s not like the Nanoha franchise has been ripe with yuri subtext or anything, yet it’s always disappointing when that doesn’t change with the latest installment. So if you gotta have more NanoFate in your life, you’d be better served looking elsewhere for a fix.

Oh, and I almost forgot about Hayate, who does seem like the forgotten girl. To me, she’s always seemed a little like the third wheel, and in this movie, her role is even more forgettable. In fact, I’d even say that Dearche outshines her, and it’s not even close. In addition to Dearche, Stern and Levi also get in on the action, but despite some nice moments between them and Yuri, they don’t manage to threaten Nanoha and Fate’s place in the film.

I’m one of those people who would prefer to see Nanoha and Fate up front and center in every Nanoha installment, but life is cruel, and we aren’t so fortunate. The characters that these last two movies have introduced have further expanded the series, but that comes at the cost of those characters from past seasons. So while these new girls aren’t bad, they aren’t Nanoha and Fate, and that also means less cute moments between our girls.

Visually, it seems that all that fighting pays off, because I’d give Detonation a leg up on Reflection. Given the later release date, that’s to be expected, but the sheer amount of explosions and effects litter the screen to no end, and it’s pretty awesome. Also, the stakes seem a little higher in this movie (compared to Reflection), which added a little extra oomph to the action. Long story short, Detonation might not be a major step up in the animation department, but it turns everything up to eleven, and that’s always nice.

Given the amount of fight scenes this movie has, I liked how the music was able to keep pace and further enhance the mood. I don’t think the music is particularly memorable per se, however, I do think it was pretty good, in that you-don’t-notice-it-too-much-because-it’s-not-bad kind of way. Not the highest form of praise, I know, yet it manages to get your blood pumping, and that’s all I can really ask for. Like many of the other aspects of this film, I think the music is good enough, so make of that what you will. 😛

If what you most desire out of a Nanoha anime is good action, then I think you’ll definitely like Magical Girl Lyrical Nanoha: Detonation has to offer. Story-wise, I feel like it’s definitely lacking and might’ve been better served as another season instead of a movie, though I doubt it’ll really bother fans of the series. Basically, what I’m saying is that Detonation fits the bill of a popcorn movie, just one without many yuri moments to really endear it to the established fan base. 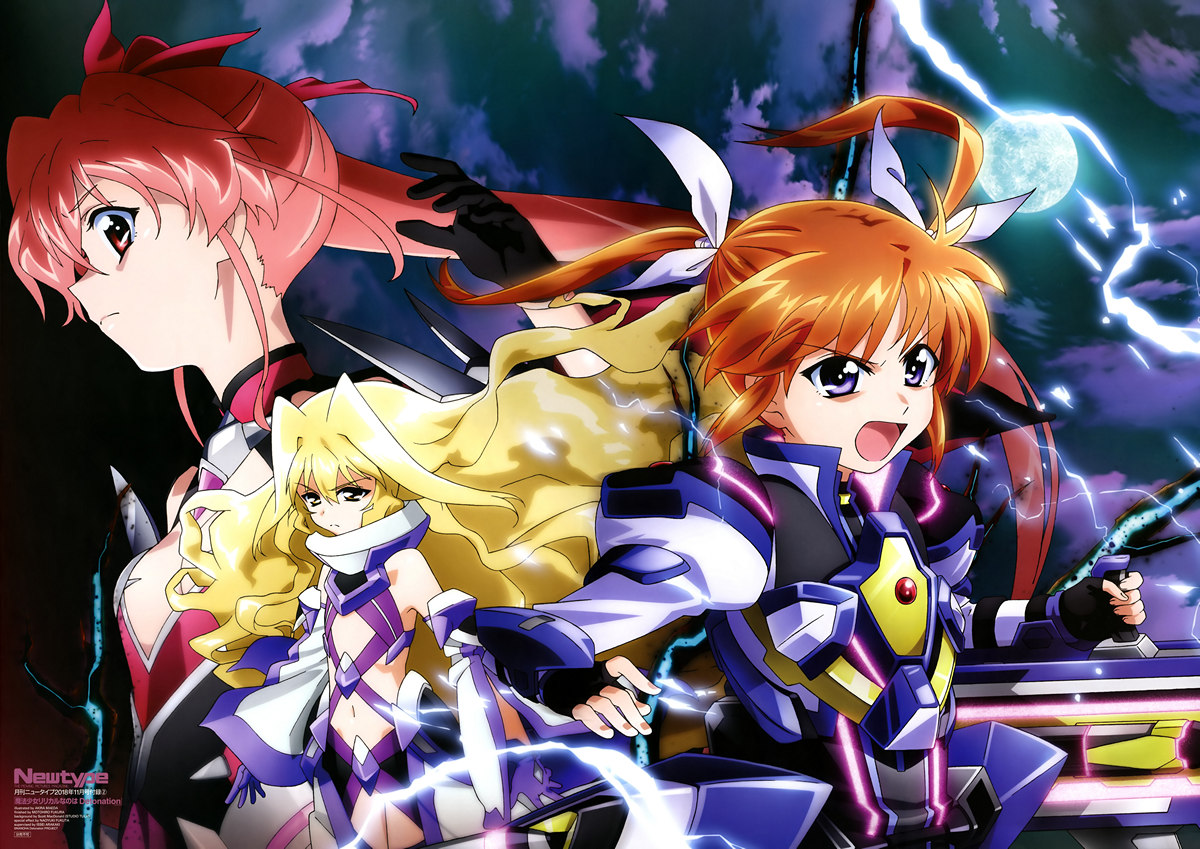