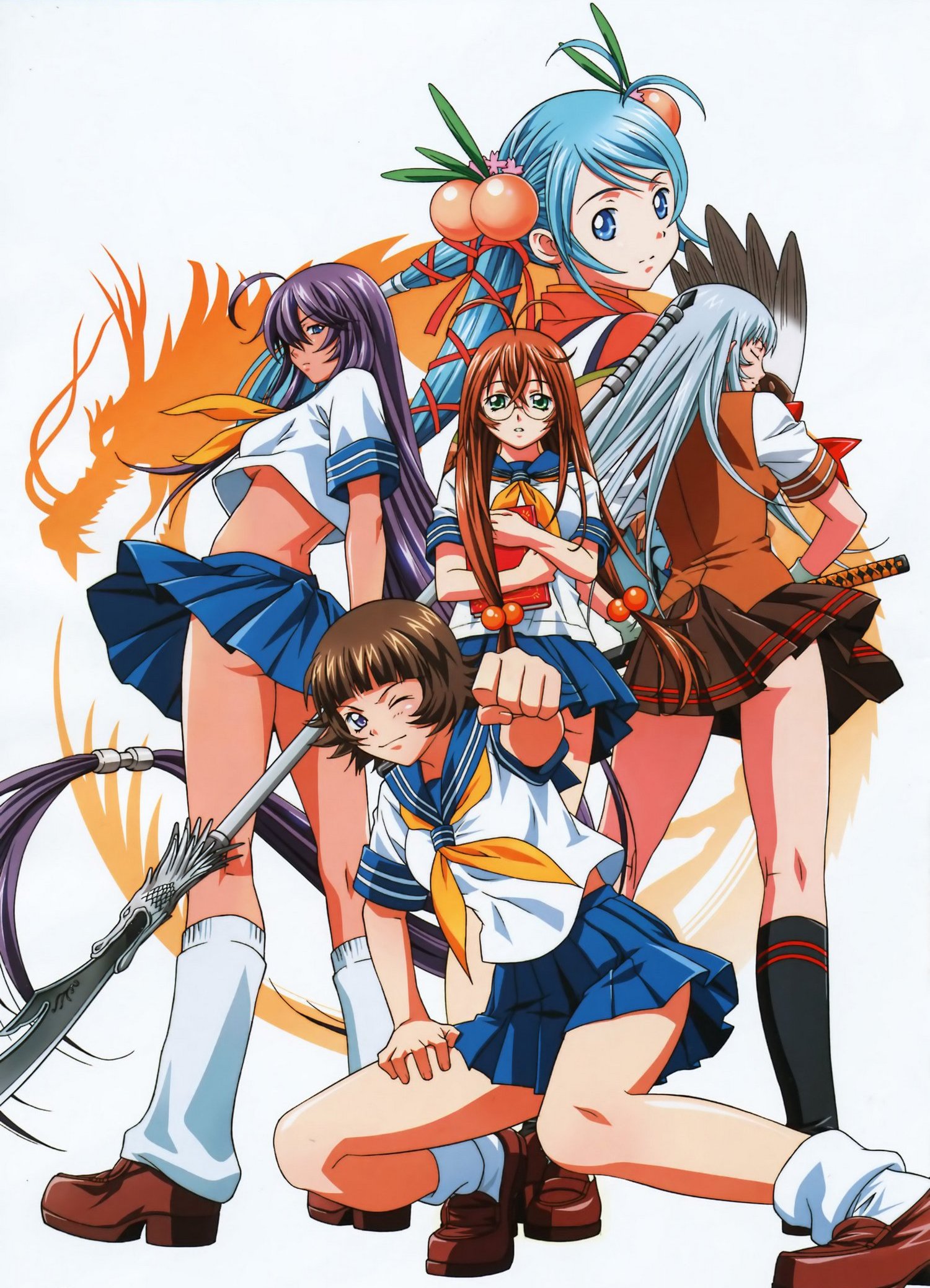 These ecchi anime aren’t going to review themselves, so a couple of weeks after getting things started and reviewing the first season of Ikkitousen, we’re back with more face-punching, crotch-flashing action! 😛

Synopsis: Loosely based on the novel Romance of the Three Kingdoms, modern day Japan sees a similar struggle for power between different rival schools with the three strongest being; Kyosho Academy led by Sousou Moutoku, Nanyo Academy by Sonsaku Hakufu and Ryuubi Gentoku from Seito High School. Together these three tousei, each with their own magatama, fight for the honor of becoming ikkitousen and fulfilling their fated destiny through battle and conquest.

Ikkitousen: Dragon Destiny picks up where the first season left off, and from a story standpoint, that’s a good thing. Gone are these inferior schools that only serve as fodder for the powerhouse schools, and that means that, of the battles that take place over the course of the season, they feel more impactful and important than many of the fights from season one. There isn’t any silly tournament going on, and there isn’t any noticeable filler like the first season.

Instead, DD ( ͡° ͜ʖ ͡°) mostly revolves around the leaders of Seito, Nanyo, and Kyosho, and how those around them are desperate to change the unavoidable destiny that awaits the three leaders. The focus has shifted from Nanyo over to Seito Private School and Kyosho Academy, and I feel like this was a welcome change that helped up get to know these new characters better and see things from a different perspective. Seito comes off as a school that really cares for its own and simply wants to avoid unnecessary trouble for its benevolent leader, while Kyosho plays the role of the typical “bad guys”, and that only intensifies when their leader increasingly can’t control the spirit within him.

“Kan’u and Gentoku’s relationship isn’t as overt as Ryofu and Chinkyuu’s from season one, but as the season goes on, you get the sense that Kan’u’s devotion is greater than Chouhi’s, and with Kan’u admitting to Kouki that she loves Gentoku, it’s clear why.”

That’s actually a theme that all three leaders deal with, and wouldn’t you know, there just so happens to be a device that can change their fate, so this is what most of the fighting is for. That probably sounds pretty bad, but I think it all worked out surprisingly well, and I think the story in DD is a little better than the first season’s. The stakes feel higher, the story is a little more serious than the first season’s, and the fighting no longer feels meaningless. There isn’t much in the way of plot twists, and things play out as you’d probably expect them to, but the story is still entertaining, and it’s arguably more so than it was in season one. That’s probably not enough to elevate the below average story of the first season into good territory, but the story of DD is alright and a step in the right direction.

As mentioned earlier, the focus isn’t primarily on Hakufu and Nanyo Academy anymore, so Hakufu doesn’t play as big as role as she did in the first season. That may sound like a bad thing, and it might have been, but there was someone who emerged and seemed like an even better character, Kan’u. 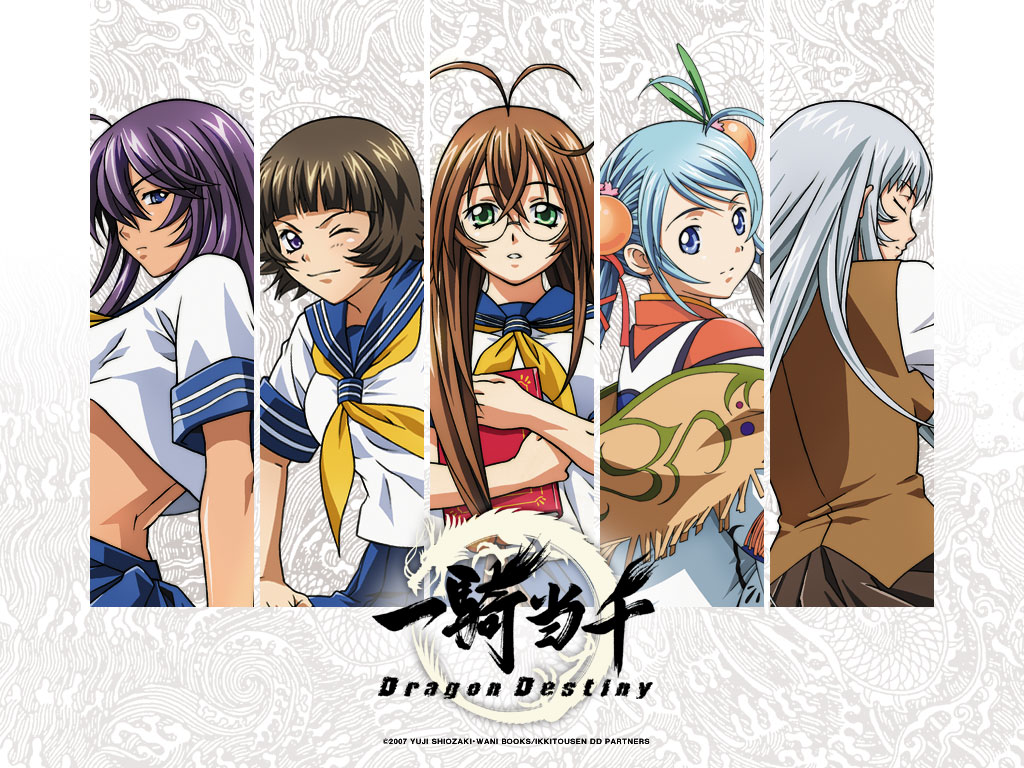 In the first season, Kan’u had a relatively minor role, but when she was on-screen, you could tell she had that “it” factor, and you couldn’t help but want to see more of her. Luckily for us, she’s one of the main characters in Dragon Destiny, and she ended up being my favorite character in the series, even outdoing Hakufu.

Unlike Hakufu, I liked how stoic and serious Kan’u was, and she just seemed like a really honorable character. Of course, she also kicks a lot of ass, and she’s obviously a looker, but she all the traits of a quality protagonist, so it’s not a surprise at all that she’s the most liked Ikkitousen character over on MAL.

But arguably, one of the best things about Kan’u was how devoted she was to Gentoku, the leader of Seito. While Hakufu and Sousou (the leader of Kyosho) resemble strong leaders that could handle any physical threat presented to them, Gentoku is a bookworm that’s the exact opposite, so she has Kan’u and Chouhi there to help keep her and Seito out of trouble. But while Chouhi is always annoyed and burdened by Gentoku’s weak nature, Kan’u is Gentoku’s ever so patient and reliable rock that she always has there to protect her. Think of Kan’u kind of like Mirei from Valkyrie Drive. 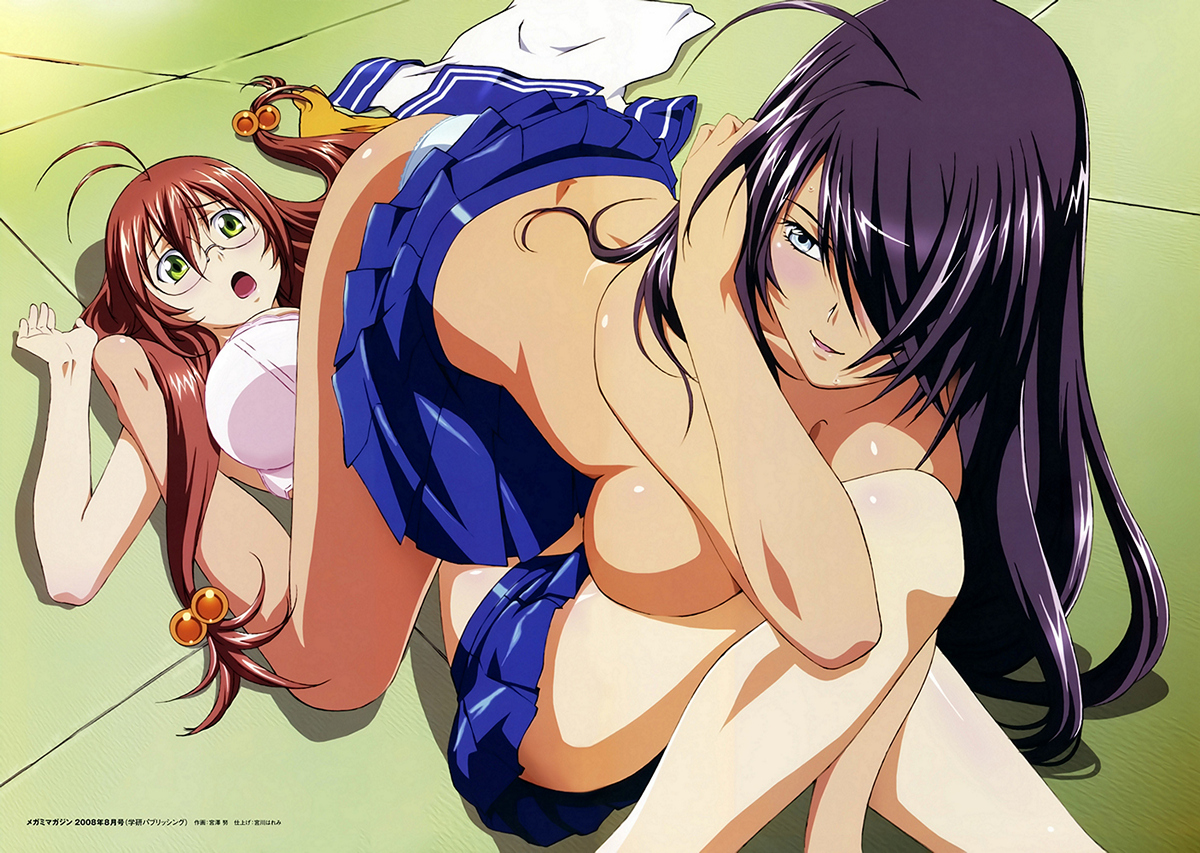 Kan’u and Gentoku’s relationship isn’t as overt as Ryofu and Chinkyuu’s from season one, but as the season goes on, you get the sense that Kan’u’s devotion is greater than Chouhi’s, and with Kan’u admitting to Kouki that she loves Gentoku, it’s clear why. This is basically a slightly yurified Declaration of Protection trope, but since Kan’u plays such a great hero and Gentoku is so vulnerable, I think it works out pretty well. It would’ve been nice to get something more or a similar confession from Gentoku, their relationship was still kind of cute, and I liked it. The best thing about Gentoku has to be that she’s a glasses wearer, but that’s a completely different topic. 😛

Pretty much all of the main characters from Nanyo that were in season one are back (except Kannei), and even though their roles are reduced, I think that might’ve been for the best, and I wound up liking this cast more than the overall cast of the first season. Newer characters like Shiryuu and Kakouen were welcome additions that I liked a lot, yet I would have liked to have seen more from them. To wrap things up, I wasn’t expecting to like this cast as much as I did, but it’s funny what a great main character can do to change that opinion. Kan’u was easily the best girl, and her relationship with Gentoku was the yuri shot in the arm that this season needed, but it’s just subtext this time around. Still, this was all a little better than I thought it’d be.

Production changed between seasons, going from J.C.Staff in season one to those ecchi anime extraordinaires, Arms, for season two, and I think the series didn’t skip a beat from a visual standpoint. Call me crazy, but it felt like Dragon Destiny was a tiny bit less ecchi than the first season. This is still very much an ecchi anime through and through, and there are still way too many panty shots, boobs, and camel toe to count, but the story’s a little more serious, and it felt like that trickled down to the animation. As before, the action was nice, and because this season aired four years after the original, I think the animation is mostly a step-up in quality, but that’s to be expected, isn’t it? And unlike the visuals, the music didn’t strike me as being any different or better than the first season. It was only once or twice that I thought that the music really stood out, but it wasn’t bad, so more of the same is fine.

It may not be as evident as the scores suggest, but I think I liked Ikkitousen: Dragon Destiny more than its predecessor. This season didn’t change all that much, but I think that in most of the ways it did change, it managed to improve. The story felt more interesting to me, new characters like Gentoku were solid additions, Kan’u stole the show and emerged as unquestioned best girl, the action was as good as ever, there was some modest yuri subtext involving Gentoku and Kan’u, and the show kept its fanservice-heavy nature intact during all of this.

If you liked the first season, I think there’s a pretty good chance you’ll like this season even more, and while Dragon Destiny probably won’t convert viewers who were put off by season one, I think it’s actually a pretty entertaining time. 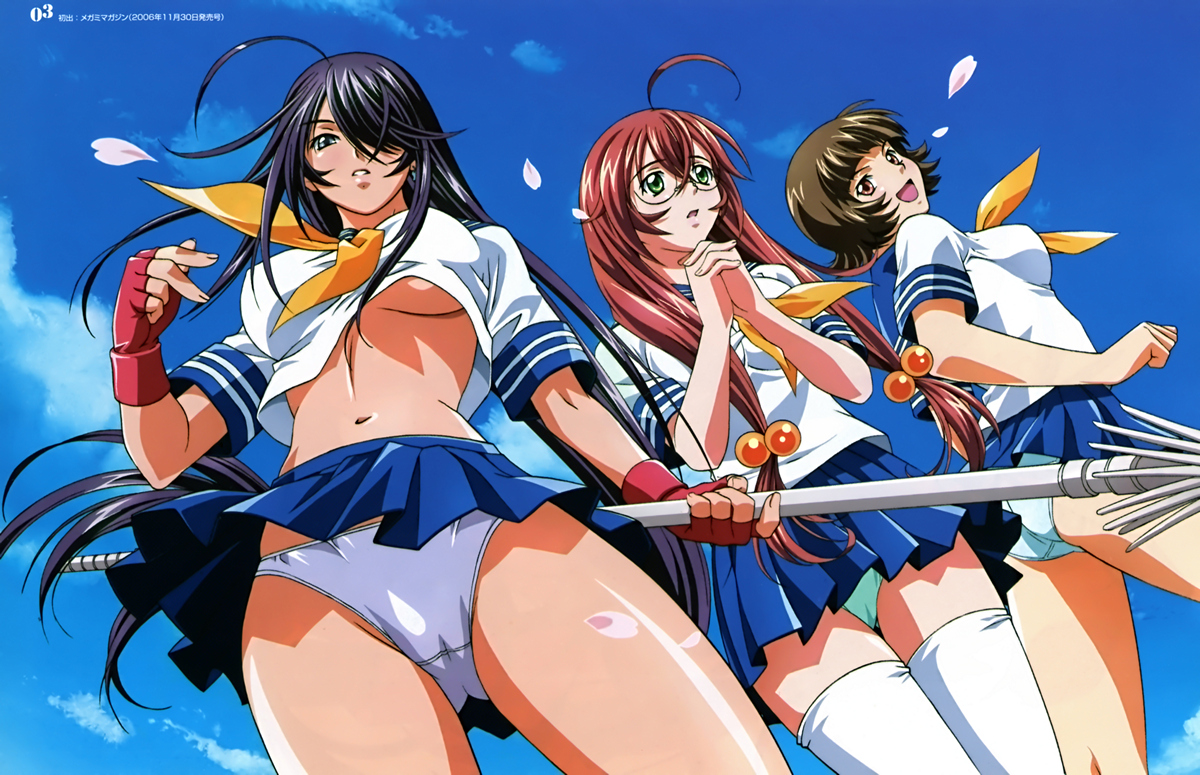