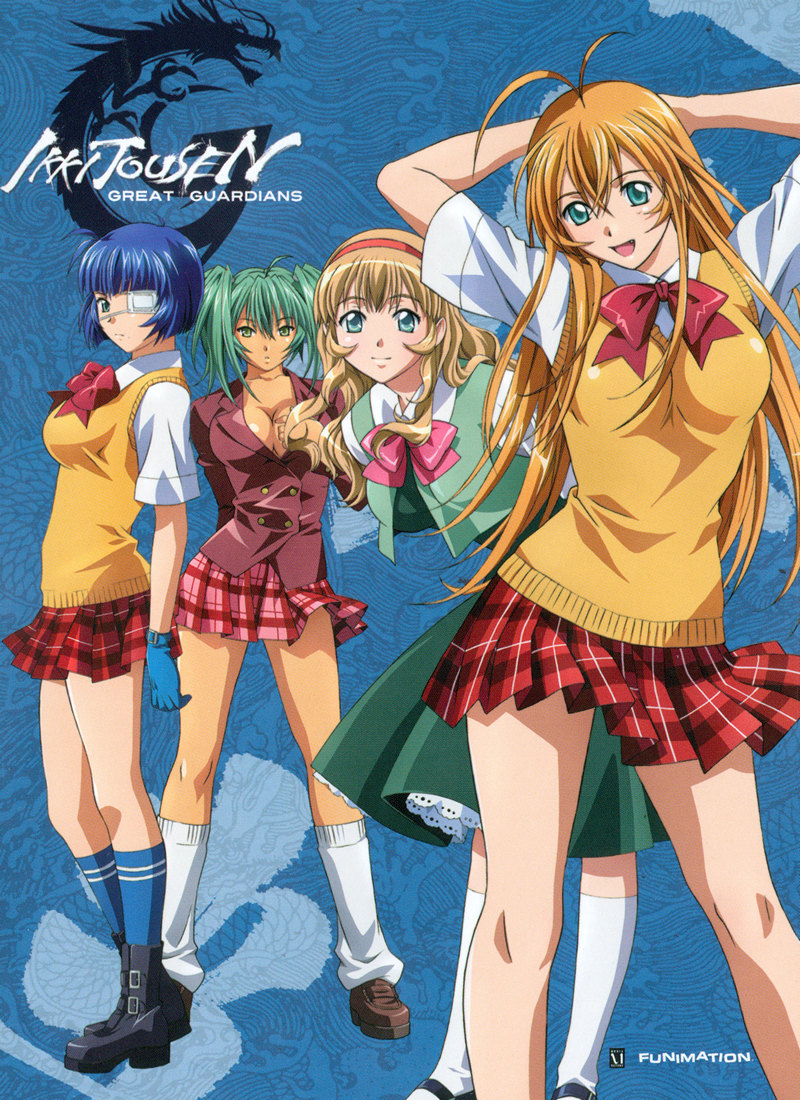 Thanks to this season, I’ve grown almost as tired of this series as you all surely have, but the show must go on, and another review of Ikkitousen is on the docket. Let’s get to it.

Synopsis: Hakufu’s dreams of participating in new fights and tournaments are put on hold as new obstacles block her path. Her friends have lost faith in her, new enemies appear, and a younger sister she never knew existed suddenly shows up on her doorstep. If Hakufu ever hopes to compete worldwide, she’s going to have to deal with her issues at home first.

Through the first six episodes of the season, a lot of what has made Ikkitousen somewhat enjoyable for me is missing. Fights are minimal (besides flashbacks), so things are kind of boring, and any semblance of a meaningful story is gone. I’m not joking when I say this, but the first half of the season is pretty much just filler, and it can be summed up in three short sentences.

There you go! I just saved you a ton of time, since those first six episodes are almost entirely devoid of any real story development. Look, I don’t want to make it seem like the first two seasons of had a great story or anything, but at least neither of them were comprised of half a season of filler.

Hakufu’s sister’s arrival (her name is Chubo) contributes a lot to the fluff found in the first half of the season, and it’s not very enjoyable, but more about imouto later. It is nice that we get some more of Kan’u and Gentoku, and Kan’u happens to be even gayer than before. She fantasizes about her and Gentoku in lewd situations, but being the lady that she is, she never acts upon those urges or makes her feelings known to Gentoku. Actually, pretty much all of this between Kan’u and Gentoku happens in episodes two and four, so we don’t really get half a season of this. It’s nice while it lasts, but the other filler is present and takes more of the spotlight.

“All in all, I think Great Guardians was the story equivalent of a dumpster fire, and I couldn’t wait to be finished with it.”

And then there’s Ryofu’s return. It’s already bad enough that they’d go ahead and just bring a character back from the dead, but then they go and make her an amnesiac as well? It’s like insult to injury. Ryofu had a bittersweet ending to her story in the first season, and for almost the entire season, she was nowhere near as likable as before, in part because since she has no memory of her past. And in case you’re wondering, Chinkyuu, Ryofu’s lover from the first season, isn’t back from the dead, so no yuri for Ryofu this time around.

The story improves and there’s some actual story development in the second half of the season, but it just wasn’t very enjoyable to me. It can pretty much be summed up in these two points.

I just summarized an entire season of anime in six short sentences. That goes to show how underwhelming the story was this season. Anyway, Saji ends up being the new villain, and she’s not a very good one. She somehow makes Totaku and Sousou appear like great villains in comparison, and while we do get some backstory involving her, she is the way she is largely because of being bullied, so her story is no better than the rest of this.

Almost everyone seems to be affected and “possessed” by Saji, and while this leads to a lot of fighting that was missing in the first half of the season, it just became tiring to me, seeing it happen over and over and over again. But the real kicker is how everyone breaks Saji’s control over them. Have any guesses how? If you guessed The Power of Friendship, you’re right!

Seriously, like every character that was temporarily under Saji’s control snaps out of it when someone close to them opens their heart and shares a moment with them. Chubo helps out Hakufu, Kan’u helps out Gentoku, Sousou helps out Kakouen, Ouin helps out Ryofu, Ryofu helps out Mou, etc. In some anime, it’s bad enough when something this cliché and corny happens once, but having it happen so many times is just laughable to me, and it negatively contributed to my enjoyment of the story.

All in all, I think Great Guardians was the story equivalent of a dumpster fire, and I couldn’t wait to be finished with it. Oh, and Hakufu’s little sister? It was later revealed that she’s not really Hakufu’s sister, and the only reason she pretended to be was so that she could be around the person that she was destined to marry, Koukin. Yeah… the story of this anime was pretty bad.

Pretty much everyone from the first two seasons is back, so that’s a positive, but how they spend their on-screen time is sometimes questionable, as is the decision to give some characters more time than they deserve and others too little of the spotlight. 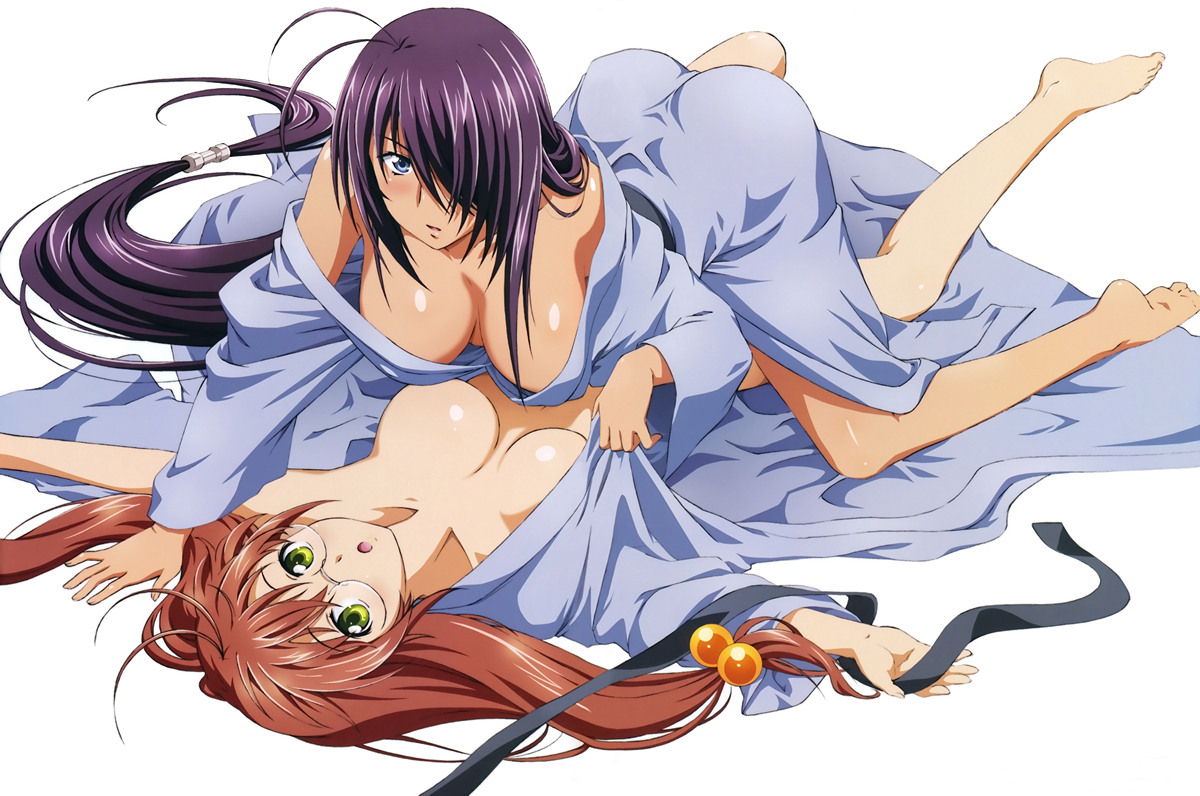 Kan’u immediately comes to mind when I think about this. Her and Gentoku have about four episodes where they played a big part, but they’re not around for the last third of the season, and that sucks. Mou’s an awesome character, but she spends most of her time longing for Ouin and being jealous of Ryofu, so she’s seen better days. Shiryuu, Chouhi, and especially Koumei play minimal roles, while Hakufu, Koukin, and Ouin are pretty the same as before, so you know what to expect from them.

As expected, the characters weren’t really the problem, it was the story, so if you liked them before, nothing happens that’s going to change that. As for the two new characters, I don’t think they added much to the show, and Ryofu’s revival wasn’t as enjoyable as I thought it was going to be. So while pretty much everyone didn’t have their best showing, the characters weren’t that bad.

With less fights this time around, I don’t think Great Guardians is as eye-catching as seasons past, even if looks just as good, if not better than, before. I think fighting is a big part of this show’s identity, and less of it meant that this season was a little less entertaining to me. But if there’s one thing you knew would definitely deliver, it’s the fanservice. This is still a very ecchi anime, and people just tuning in for some anime boobs won’t be disappointed in the slightest. And nothing has really changed with the sound. I rarely noticed the music, and in the rare times I did, it seemed just okay to me. That’s fine, so whatever.

There’s still some good fighting to be found in Ikkitousen: Great Guardians, Kan’u is just as great (and gay) as ever, and it’s still super ecchi, but I’d say that the story falls flat on its face, and that’s the biggest reason why I didn’t like it as much as the first season or Dragon Destiny. I’d have to be naive to think that most viewers of this franchise really care about the story, so I doubt they’d agree that this was a step back for the series.