And now, on to some unfortunate news. Everyone was ready for the newest installment in the Madoka Magica series, Magia Record: Mahou Shoujo Madoka☆Magica Gaiden, but it looks like we’re all going to have to wait a little longer for it.

It was announced at Magia Day 2019 that Magia Record was being delayed until January. On the plus side, we got a new PV, and the show looks goooood. Check it out.

There’s something about Madoka★Magica anime that feels different from other anime, and the same applies to this spin-off. Magia Record has A LOT to live up to, but even if it doesn’t quite match the extremely high standards of the main series, you can’t help but get the feeling that this is still going to be really good. 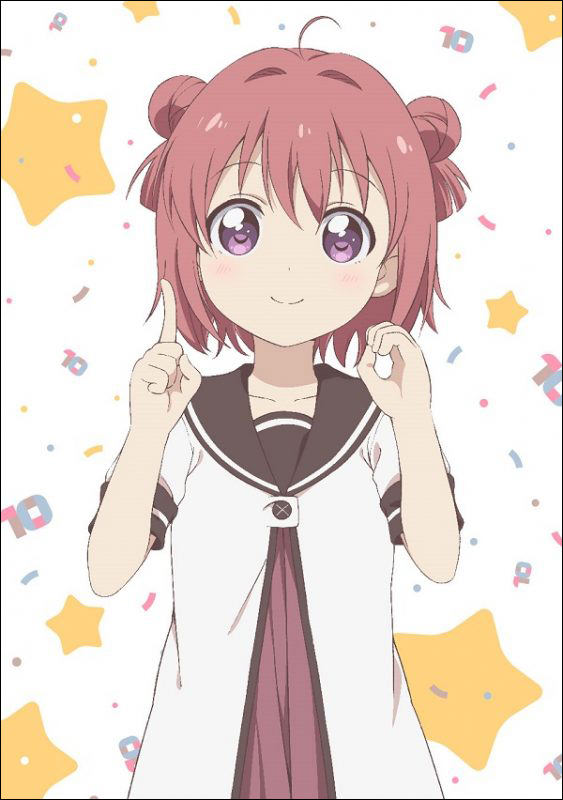 I’m so hyped for this. In case you wanted more yuri in November, it’s Yuru Yuri to the rescue. We recently got a new PV that showcases the OVA’s new OP, and this looks like this is going to be more of what we love so much about this series.

Given how much money the crowdfunding campaign for this raised (more than 9 times their original goal), I’m going to be REALLY disappointed if this doesn’t result in another season eventually being made. I know that this is all dependent on Namori wanting it to happen and there being enough content to adapt, but still! Even after ten years, people still love Yuru Yuri, so please don’t let this be the last time we see them in anime form, Namori. 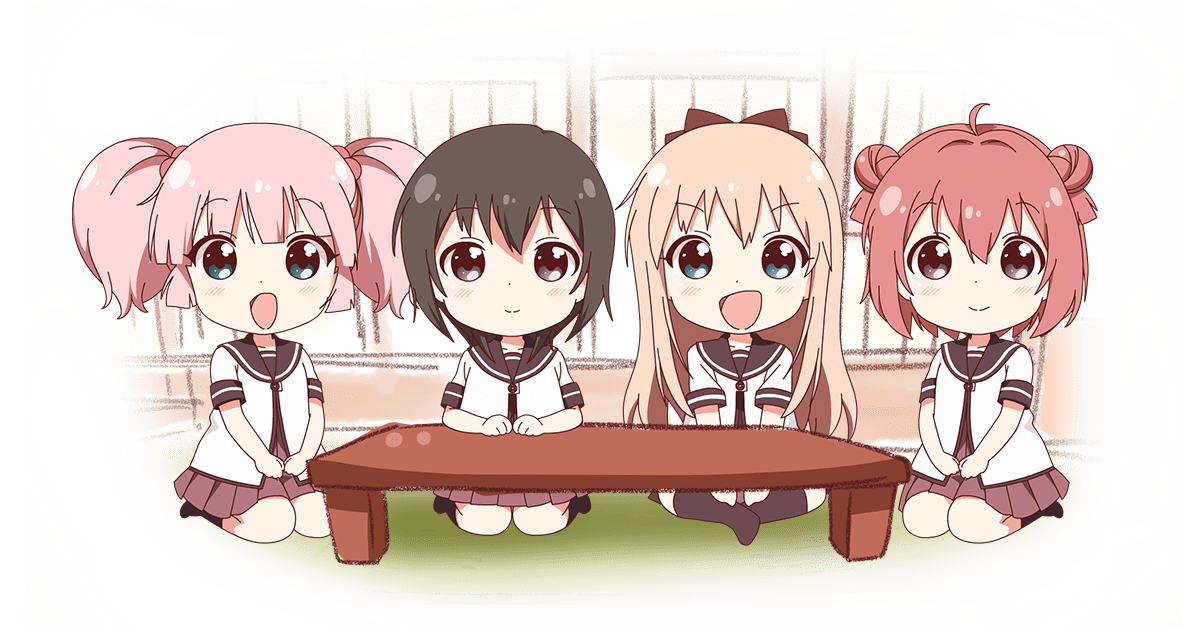 But if you can’t wait till November, the four-episode Mini Yuri net anime will arrive on YouTube next week. It’s only five minutes an episode, but I’ll still welcome it with open arms~ 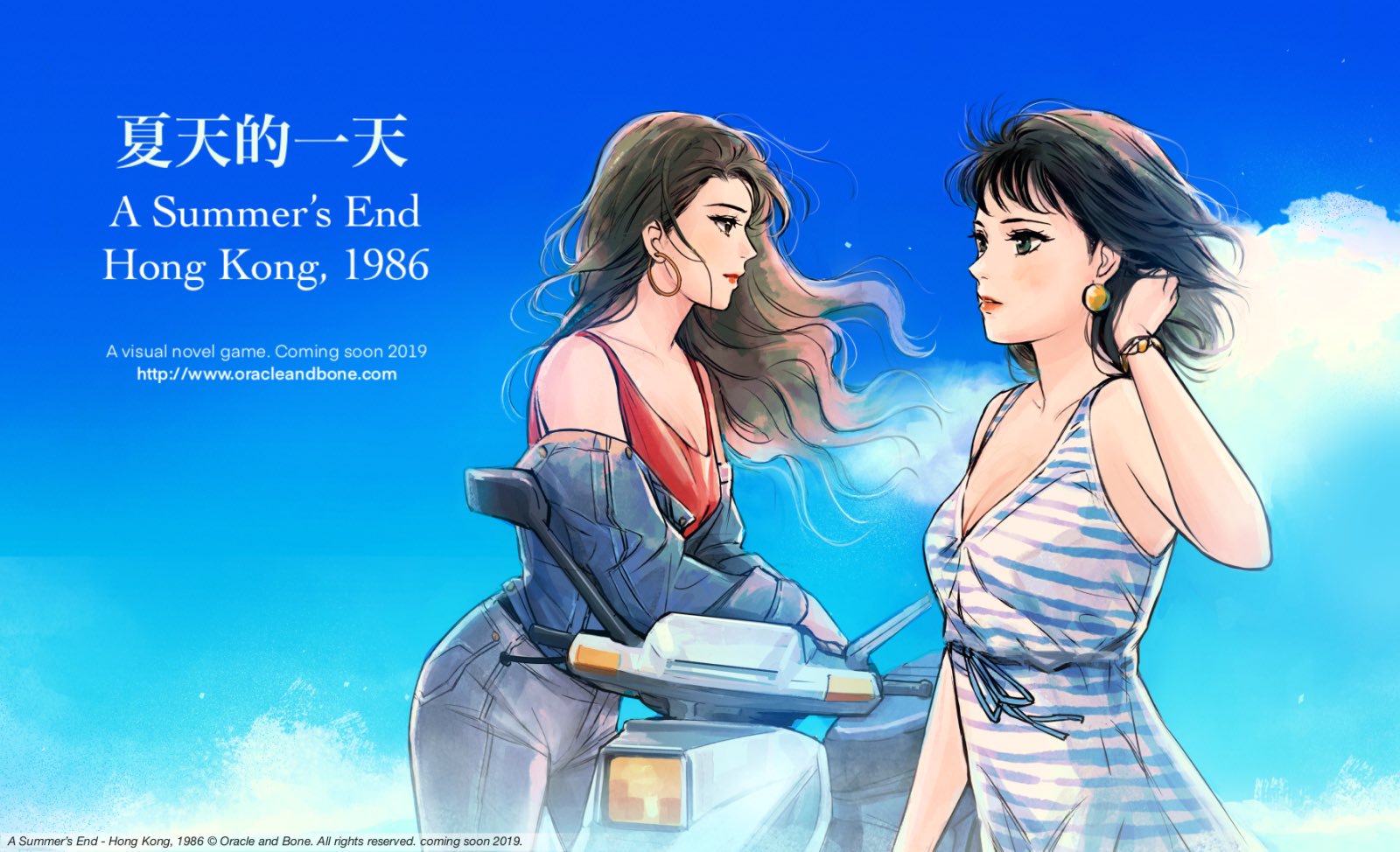 Visual novel news time! A Summer’s End — Hong Kong, 1986 is an upcoming yuri visual novel from developer Oracle & Bone Studio that’s going to be released sometime this fall, and by the looks of things, you might want to keep an eye out for this one. Here’s the synopsis.

Michelle is a young professional working woman living in Hong Kong during the heydays of the 1980s. She meets Sam, a free-spirited woman and an unconventional entrepreneur, by chance after an incident involving a broken heel. They share a mutual attraction. As their relationship progresses, Michelle is forced to make a decision between traditional propriety and her newfound feelings. A Summer’s End is a modern romance. It is a story about seeking identity and meaning in a rapidly changing world where conflicting worldviews and cultures collide. It is a new media homage to Asian cinema and Hong Kong’s golden age of entertainment.

Intrigued yet? The game is set to be around four hours long, feature a couple of different endings, and because I know you’re wondering, it will be NSFW. The game will launch on Windows and Mac, with Android, iOS, PlayStation, and Switch versions also under consideration. But enough talking. Let’s get to some screenshots! 😛 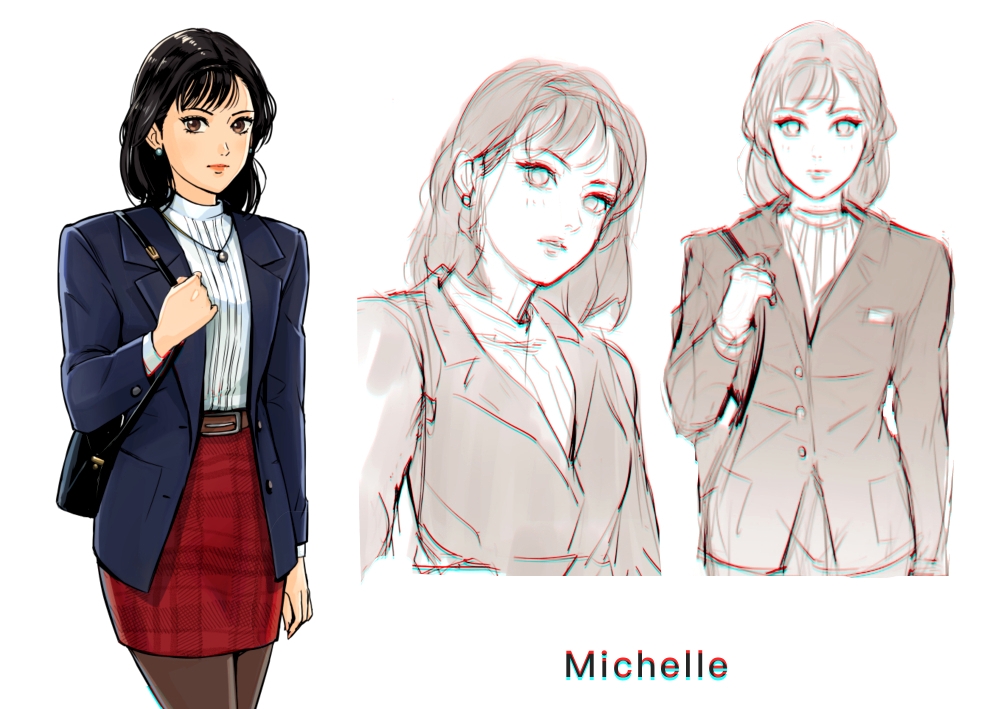 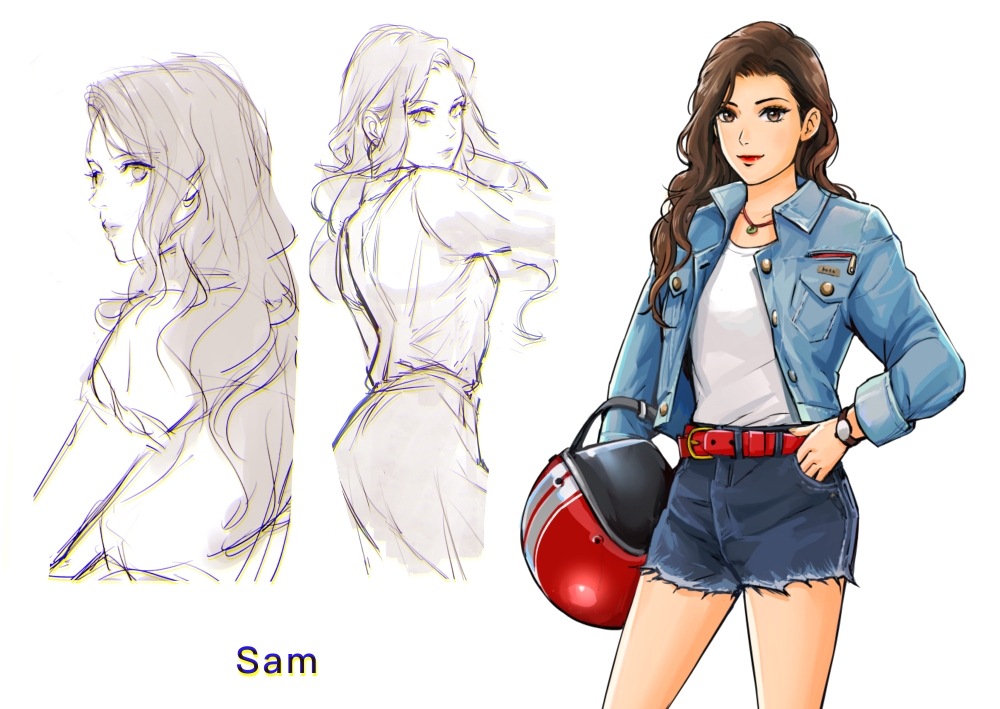 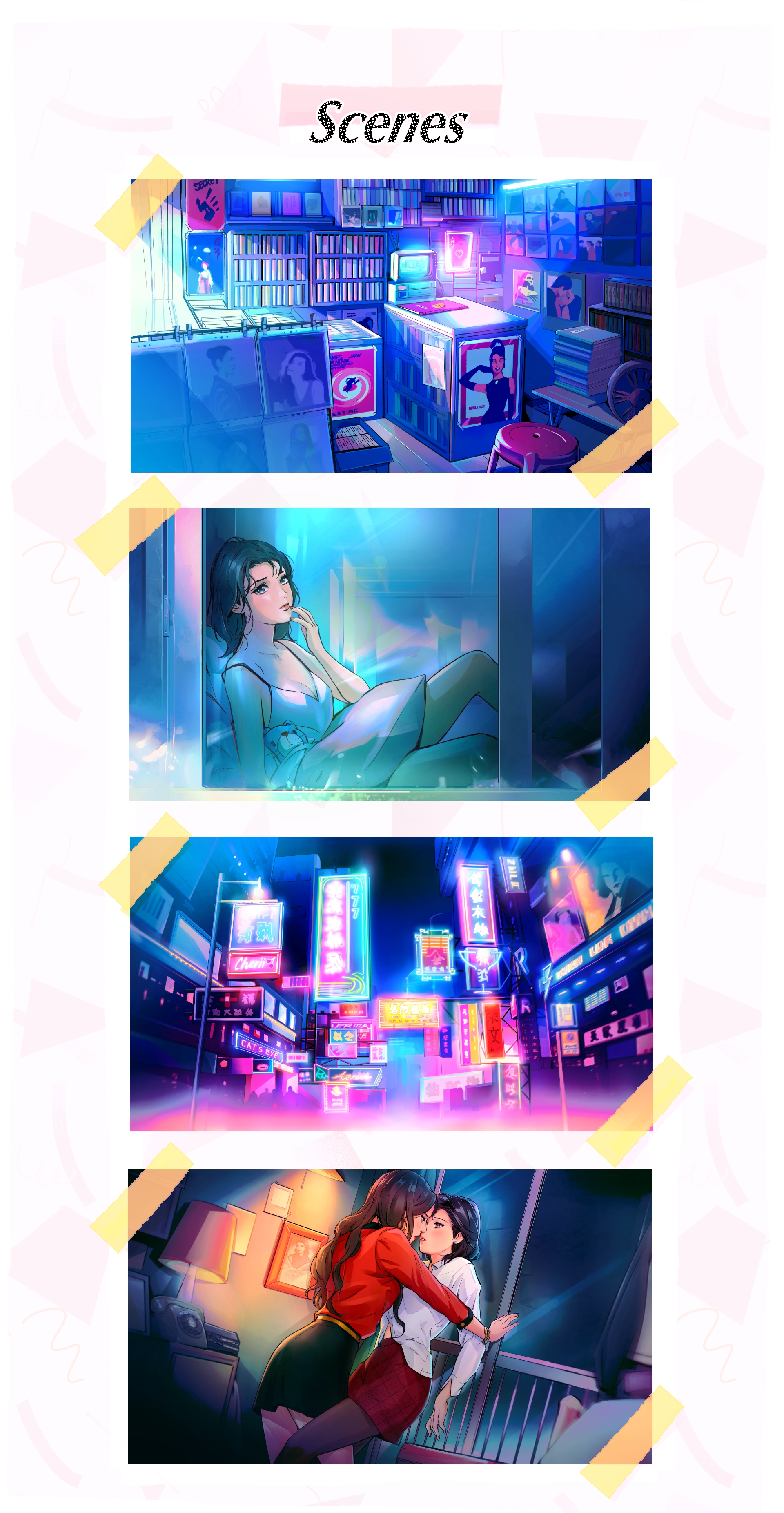 Lookin’ good! A trailer for A Summer’s End is supposed to arrive soon, but in the meantime, make sure to check out Oracle & Bone’s official site and their Twitter account, in order to stay on top of all the latest developments~ 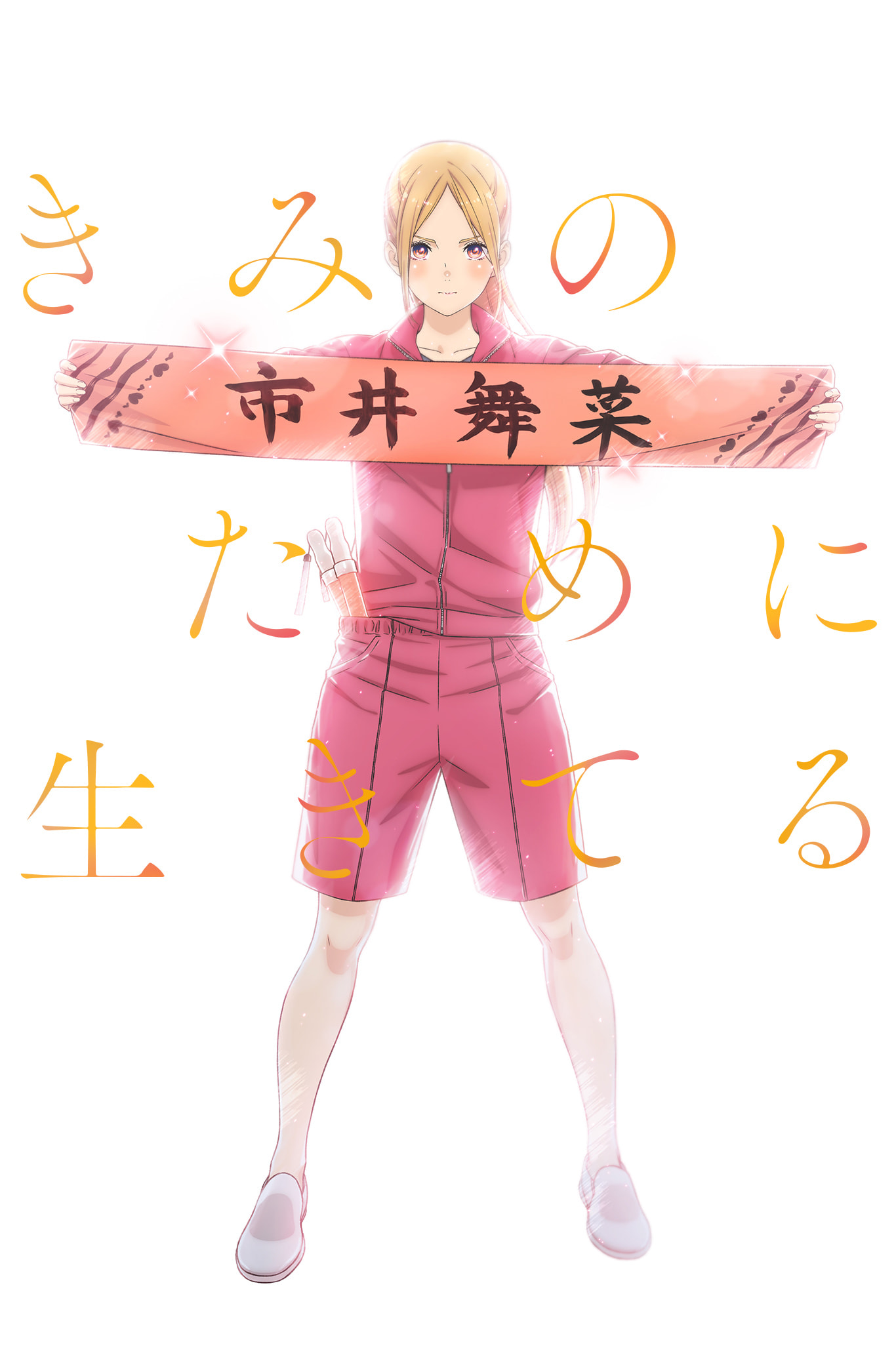 Next up, we got a new PV of Oshi ga Budoukan Ittekuretara Shinu, as well as confirmation of a January premiere. Let’s get right to it!

Here’s the first PV, in case you missed it (we did :P), but I have to admit that this looks better than I thought it would. I wasn’t expecting that much, but this looks like it’s going to be a lot of fun, so the winter 2020 season is suddenly looking a lot better thanks to this and Magia Record~ 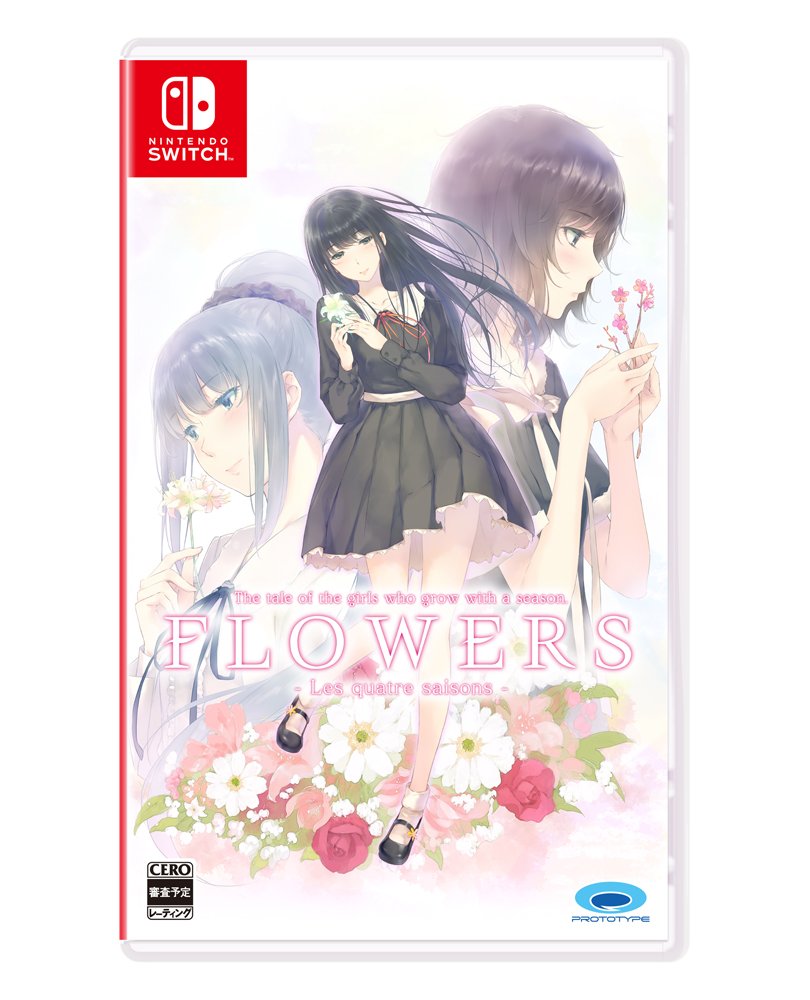 If you’ve ever thought to yourself: “Hey! I REALLY want to take some digital lesbians with me wherever I go!”, then this is for you. FLOWERS is making the jump to the Nintendo Switch, so if you’ve finished Fire Emblem: Three Houses and need want even more yuri in your hands, ’tis coming! 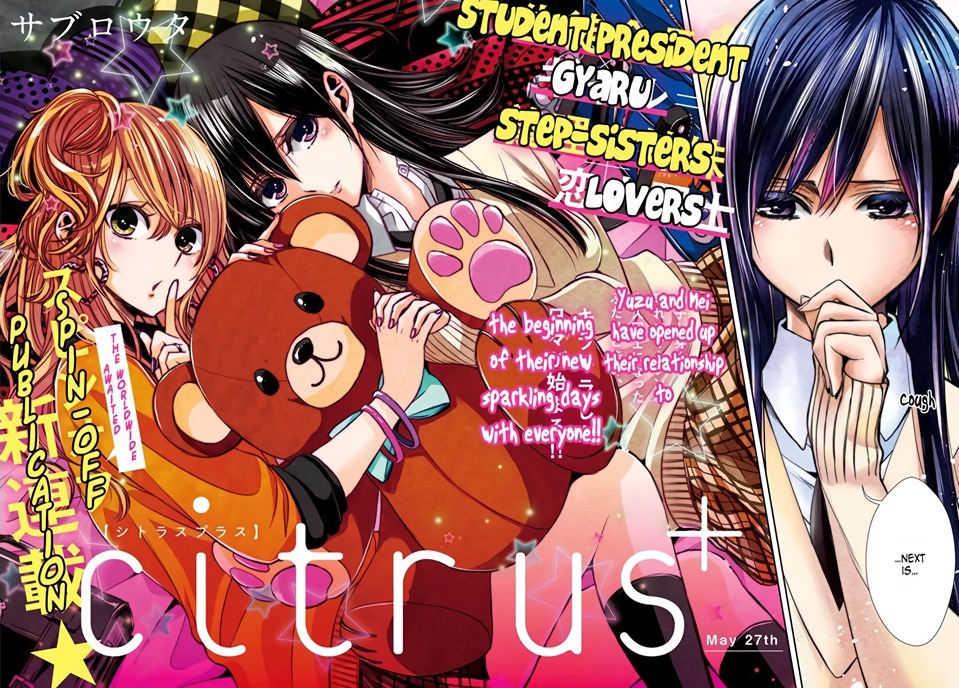 More good news for fans of Citrus+. On November 18, the first volume will get a simultaneous digital release in Japan, North America, Germany, South Korea, Taiwan, Hong Kong, Spain, and Argentina. If you want the print version, you’ll have to wait until February, but with so many fans from all around the world getting to experience this all at once, it’s still pretty awesome news.

Finally, fans of Yutaka Hiiragi’s Shinmai Shimai no Futari Gohan have something else to look forward to. Come October, a live-action adaptation of the cooking manga will begin airing on Japanese TV, and that’s pretty interesting news.

Even though this isn’t really a yuri manga, there’s a little bit of subtext here and there, and even though most of us Westerners probably won’t be able to watch it, I’d bet that the food and slight yuri undertones might make this show pretty entertaining.

Since I’m totally out of the loop, I totally missed the announcement from Seven Seas that came last week mentioning that they’d be announcing 5 new yuri licenses. Regardless, we’ll update this post and include that info anyway. 😛 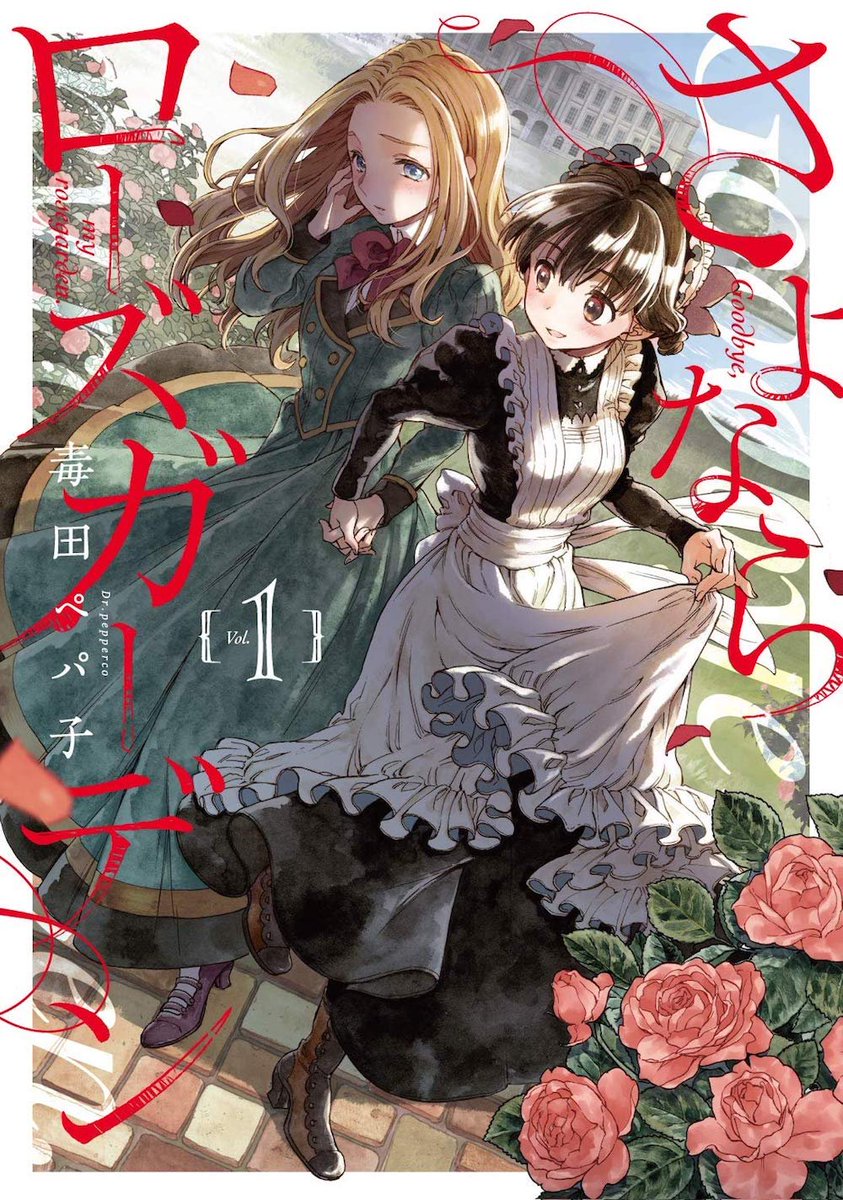 The first announcement was Goodbye, My Rose Garden by Dr. Pepperco, and here’s the synopsis~

England, the early 1900s. Alice, a young noblewoman, has a Japanese maid named Hanako working in her household. The two have a fairly typical relationship…until the day Alice begs Hanako to kill her. As Hanako tries to figure out why her mistress would make such a terrible request, she and Alice grow closer until an entirely new feeling begins to blossom between them. Don’t miss this poignant tale about women falling in love in historical Britain.

Volume one will be released in print and digitally on April 14, 2020. But there’s more (announcements) where that came from! 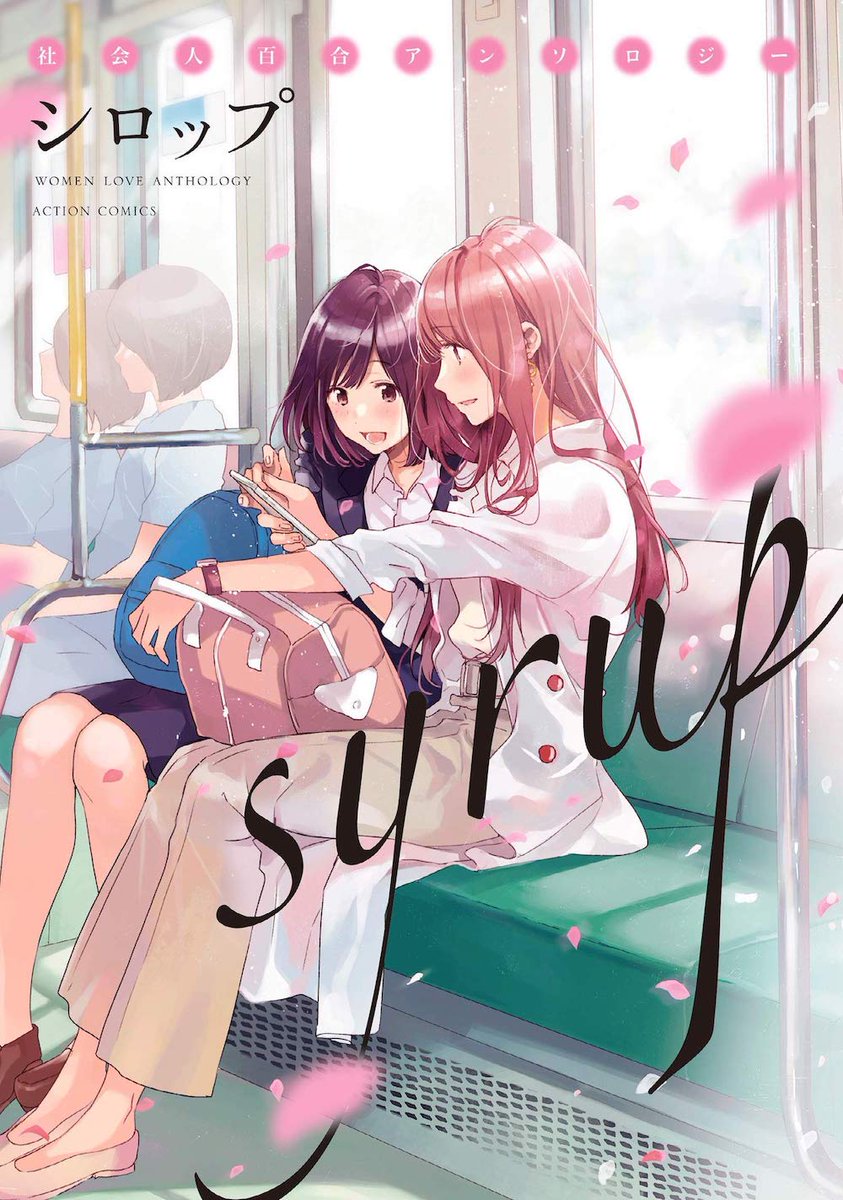 The Fall(ing) in Love event continued, with the announcement that Syrup, the yuri anthology with works from Milk Morinaga, Kodama Naoko, and Yoshimurakana, will be coming to the West in June 2020. And just like Goodbye, My Rose Garden this will be in print and on digital platforms. 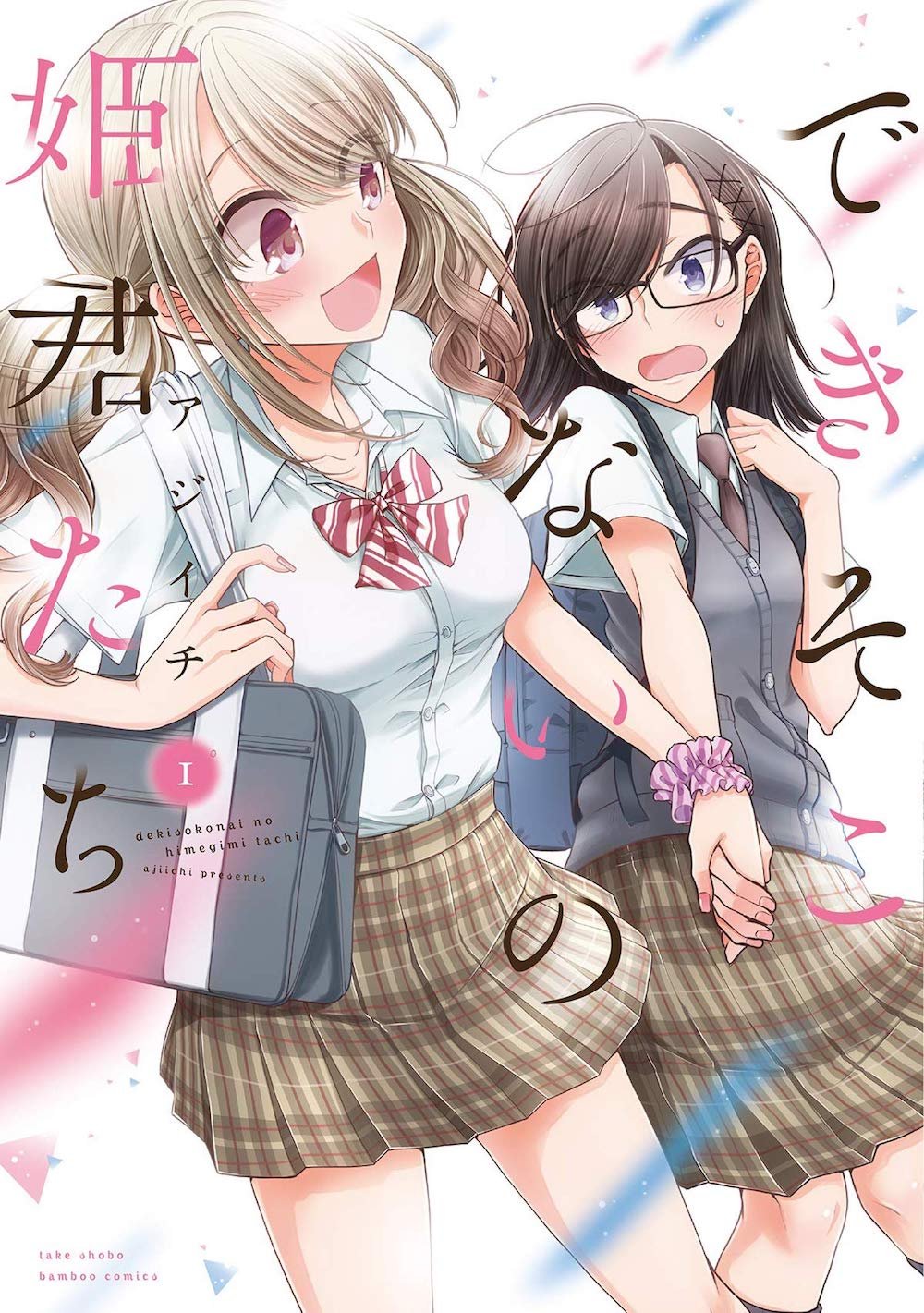 The news just kept on coming, as the next announcement revealed that Failed Princesses was the next title coming our way in 2020. THe first volume of Ajiichi’s yuri manga is due on May 12, and here’s the synopsis for that.

Fujishiro Nanaki is super cute, super popular, and super annoyed with anyone as plain as her classmate Kurokawa Kanade. When Nanaki finds out her boyfriend’s cheating on her, however, her life makes a complete 180—as does her relationship with Kanade. This all-new yuri manga series explores the budding romance between the cool girl in school and the “plain” girl she once brushed off!

We recommended this one last year, so it’s great to see that more people will get to experience it for themselves. So far, these have been some great announcements, but Seven Seas is still just handing out the goods, so let’s continue~ 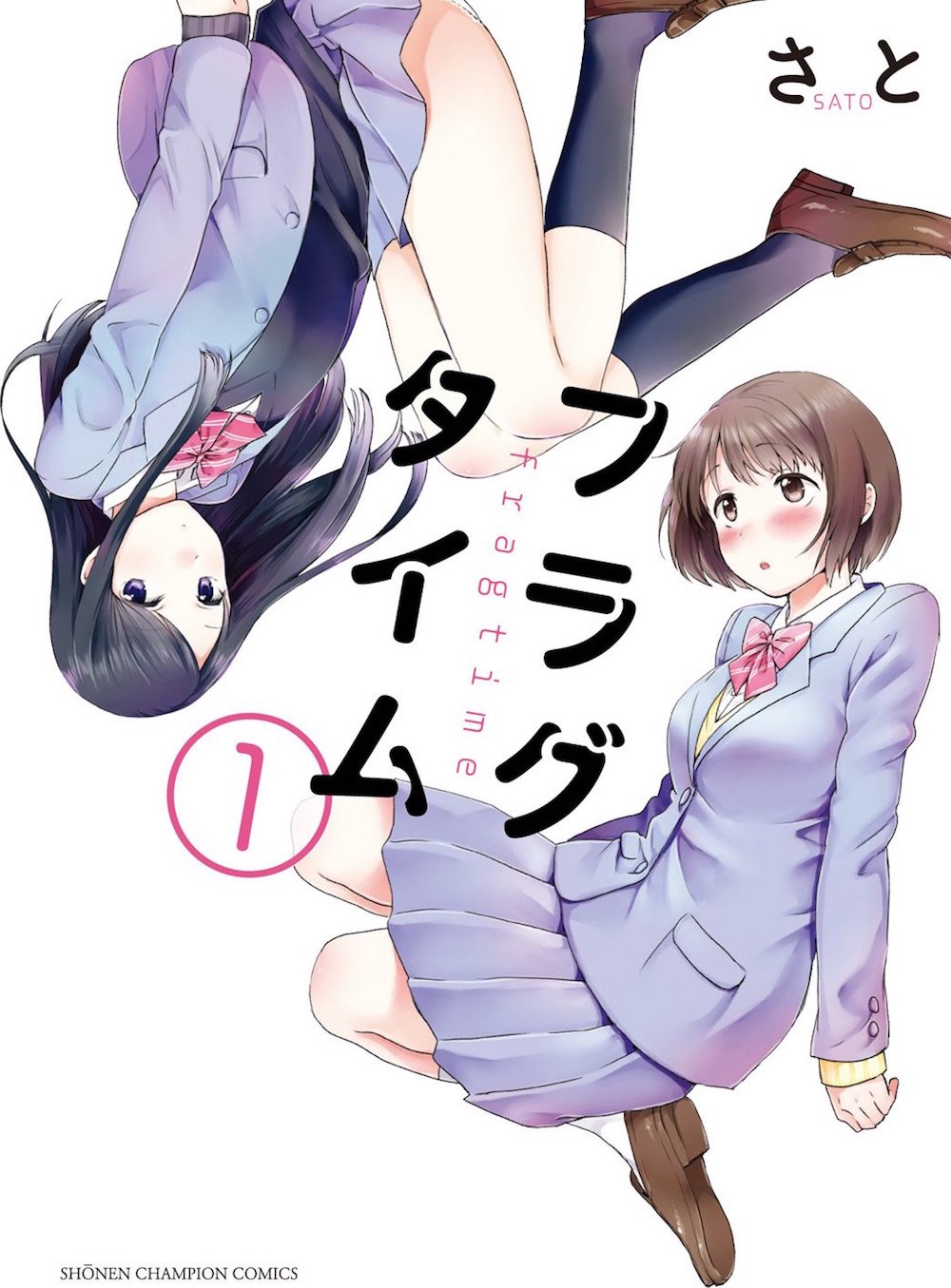 Considering that the anime adaptation of this one is coming in November, everyone should know about it. Of course, I’m once again talking about Flag Time. The omnibus will be arriving in April 2020, and even though that’s a little late for those who aren’t familiar with it and are looking forward to the anime, the fact that it’s officially coming at all should be more than enough. 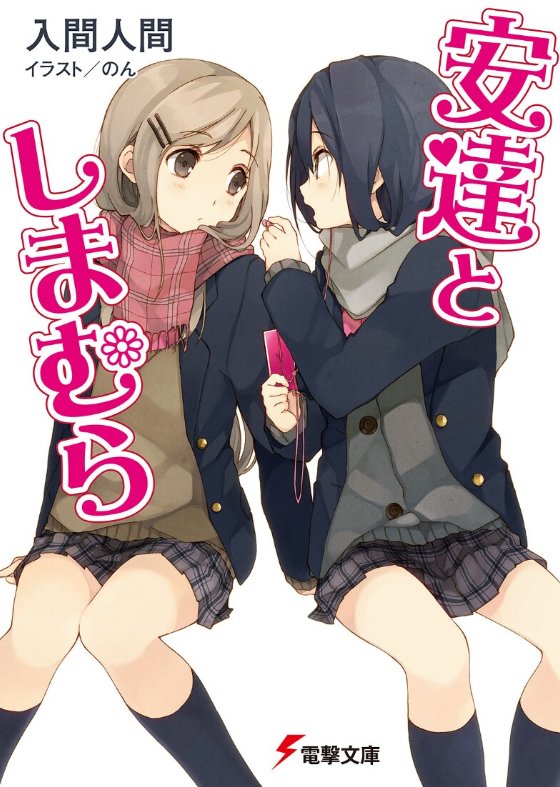 The fifth and final announcement involved Adachi to Shimamura, which is from Hitoma Aruma and Nozomi Ousaka. So if news of an anime adaptation wasn’t enough for you, the manga will also be headed our way on June 2, 2020.

For all of these announcements, the wait until 2020 isn’t ideal, but the fact that they’re all coming to the West is a victory in itself. Seven Seas has been fighting the good fight for years now, so why not show them some love over on Twitter, Facebook, and Tumblr? And, of course, consider picking these titles up and supporting the creators when they arrive next year~