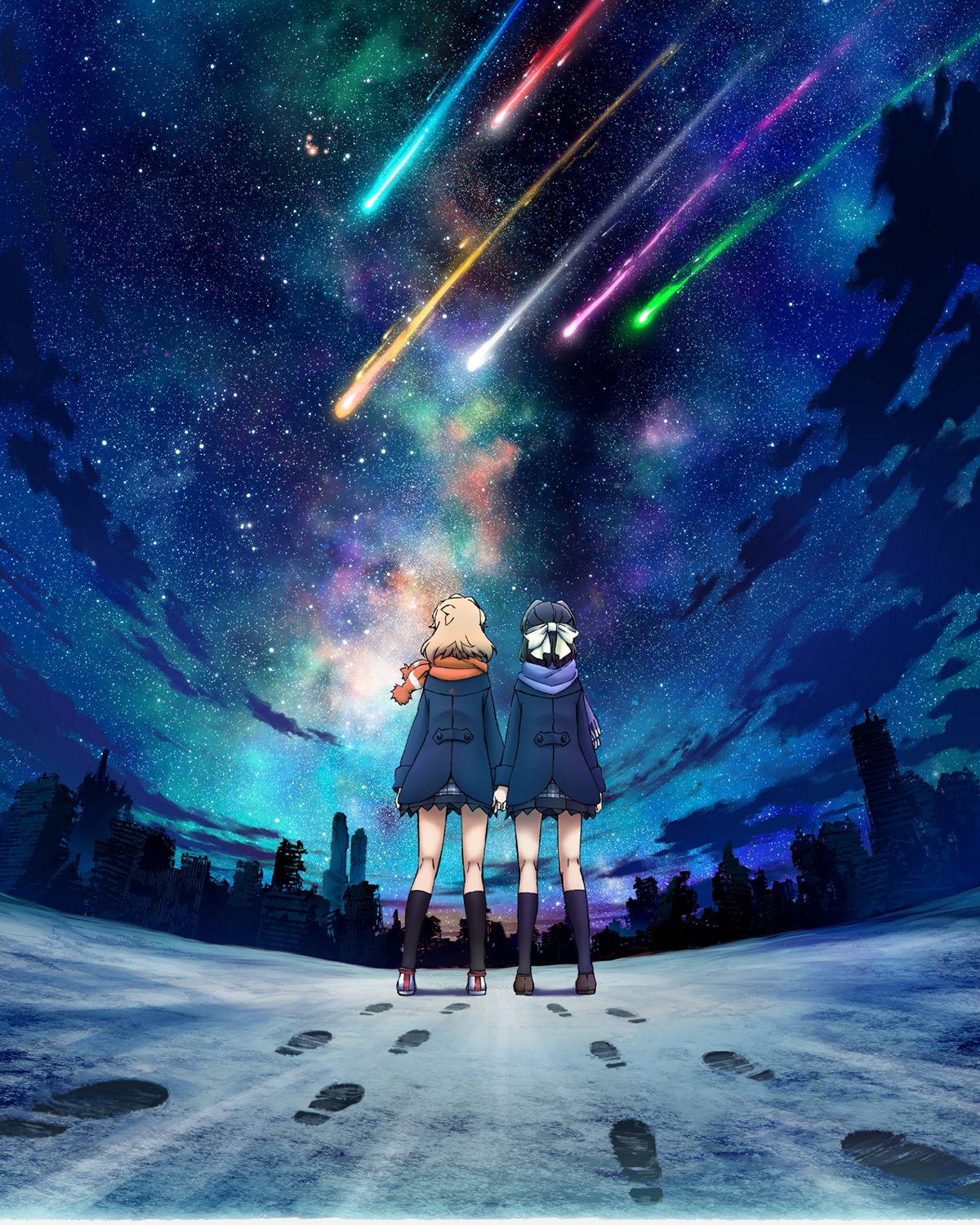 After an arguably subpar season of Symphogear AXZ, I was preparing myself for another letdown with Symphogear XV, but actually, it’s probably the best Symphogear season yet…

Just when I thought I was out, the series pulls me back in. XV was the fifth season of Symphogear, and as everyone knows, story hasn’t exactly been this series’ strength. That’s not to say that the story thus far has been bad, it’s just that it’s been about the action first and foremost, and as long as the story was serviceable and allowed for all kinds of crazy action, it’s done its job.

The story is more or less what you’d expect from Symphogear: and new evil faction (they call themselves Noble Red) rises up with bad intentions, and it’s up to S.O.N.G. to once again save the day. But I think what really made this season the best Symphogear season yet was how Satelight threw caution to the wind and pulled out a bunch of ridiculous plot twists that they knew that fans would love. Characters that we thought we’d never see again make their return? Yup. Seemingly “good” characters turn evil? It happens. The person you thought was the main antagonist actually answers to an even bigger villain who then brings about the real main antagonist? You better believe it. It’s not nuanced storytelling or anything, but that kind of fanservice is pretty satisfying nevertheless.

“I was so ready for them to declare their love for each other in that post-credits scene, but then it ended. WHAT’S UP WITH THAT?!”

But as fun as it was at times, I couldn’t help but compare it to another anime. After finishing Granbelm and coming back for the last few episodes of Symphogear XV, I finally realized how much more I enjoyed Granbelm (although their scores might not suggest it). Over on MAL, Symphogear XV sports a score of 8.63, which is kind of ridiculous, if you ask me. I like to think of Symphogear as the anime equivalent of a Michael Bay film. Often times, his movies will have decent enough stories, but the stories are just an excuse for the action set pieces, much like this series. That’s not bad at all, yet it’s enough to hold me back from thinking of this series more highly. But at least Adam is no more, so that in and of itself is something worth celebrating. 😛

I personally found the story to be a little more interesting than prior seasons, and all of the twists and turns certainly didn’t hurt. I won’t go and call the story in Symphogear XV (or any Symphogear for that matter) good, but Satelight seemed to know what fans wanted to see, and they did a great job of giving all that and more to them.

As has been the case for an overwhelming majority of the series, Miku stands on the sidelines while Hibiki is fighting (which is a whole lot), but similar to Symphogear G, Miku ends up getting in on the action as well. To be honest, I didn’t really like it when Shem-ha took over Miku’s body, since it served as an excuse to not have Miku participate in a good chunk of the season, yet that final episode almost made up for it. I was so ready for them to declare their love for each other in that post-credits scene, but then it ended. WHAT’S UP WITH THAT?!

In order to make up for this act, the next season needs to take place after two more years, with the girls, now in college, clearly established as a couple. They can have a couple of evil professors who introduce the girls to their daughters, who attempt to break up and seduce Hibiki and Miku in order to steal their powers. Boom. You’re welcome for the great idea, Satelight. 😀

But this is Symphogear, so their are other pairings to keep an eye on. Of course, Kirika and Shirabe still fight together a lot, and while they have a few brief moments where their gay shines through, Symphogear GX remains the best season for Kirika x Shirabe shippers. Tsubasa and Maria have always had a lot of potential, but aside from their duel and duet, they definitely could’ve had more scenes together. They’re never going to achieve Hibiki x Miku levels of gay, and that’s pretty unfortunate…

Vanessa, Millaarc, and Elsa are the trio of new villains called Noble Red, and compared to the Bavarian Illuminati from AXZ, I liked them quite a bit more. For a minute, I felt kind of bad for Noble Red thanks to their tragic backstories, but then they went right back to being your typical villains, and I was pretty disappointed with that. The three of them kind of resemble a strange little family, and that strong kinship is another reason why I liked them more than the girls from the Bavarian Illuminati. I also liked their designs, well, at least for Vanessa and Millaarc. I thought Elsa was kind of generic, and she didn’t have as much to offer as the other two, besides the cat ears. 😛

I already mentioned that it was a great thing that Adam didn’t return, though Shem-ha isn’t an amazing villain either. If she didn’t inhabit Miku’s body and simply existed on her own, I think she’d be pretty forgettable, so I wasn’t too impressed by her. In comparison to the main antagonists from prior seasons—Finé, Carol, and Adam—I thought she was middle of the pack, but the series has always been more about the Symphogears than any of the villains, so I don’t really mind it.

And then there are the returning characters. I think this season was pretty good to Tsubasa, which is more than what I can say for the series’ best girl, Chris. I definitely wanted to see Chris play a bigger role than what she did, and Maria was somewhere in between, playing a more important role than Chris but still lagging behind Tsubasa (which is understandable). Elfnein is still super cute, and it was great to see her play an important role again, technically.

Five seasons in, there have been a lot of good characters in this series, and Satelight finally found that the best way to appease them was to bring (almost) all of them back for more. I loved seeing some of those characters again, and because the new additions this season weren’t bad, and because Hibiki and Miku almost became canon, I think this season was a big success for this cast of characters~

I already alluded to how nice the visuals are, but for a quick sample of what I’m talking about, take a look at Hibiki’s transformation scene.

Yeah, that’s real nice. And the action is every bit as over-the-top as it is in prior seasons (if not more so), so in other words, there isn’t much to complain about from a visual standpoint. If you’re familiar with the series at all, you know what to expect here, so no need for me to go on like a broken record. 😛

I think I’ve liked the novelty of how the girls fight and sing at the same time more than the actual songs themselves, as I don’t find myself seeking out the songs afterwards like I would do for some other shows. Still, you rarely fail to notice the music in this series, and although the music isn’t great, it’s solid nevertheless. In addition, that Nana Mizuki OP is probably my favorite OP this series has had thus far~

Overall, it’s hard to argue that Symphogear XV isn’t the best season of Symphogear yet. It has the action, it has the crazy plot twists that seem like they were lifted from a die hard fan’s series wish list, and it has a satisfying finale between Hibiki and Miku, but at the end of the say, it’s still just Symphogear to me. I don’t think the show is great or deserving of a super high score, but I can’t deny that it’s pretty entertaining, and action fans and fans of the series will probably eat this up.