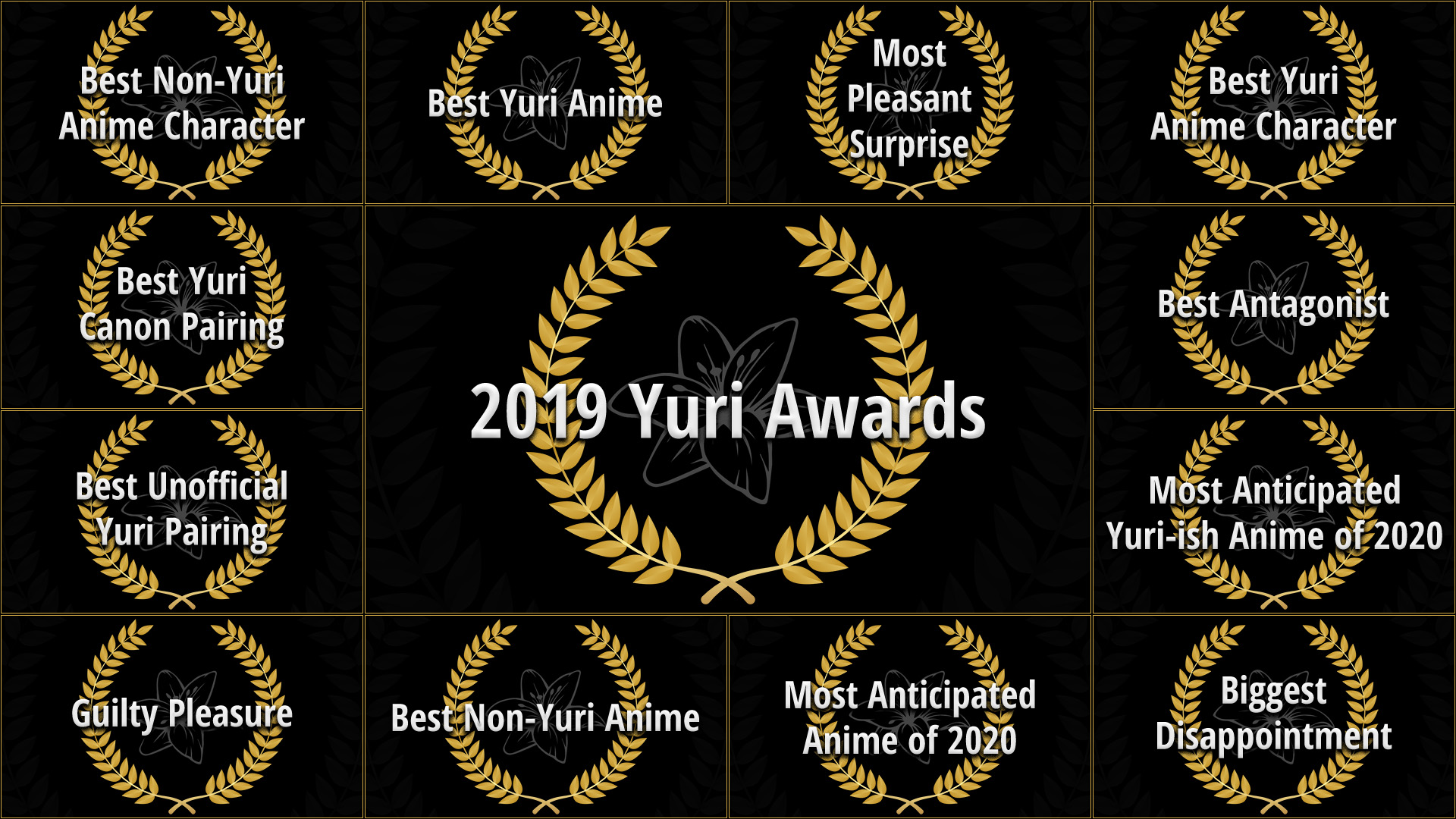 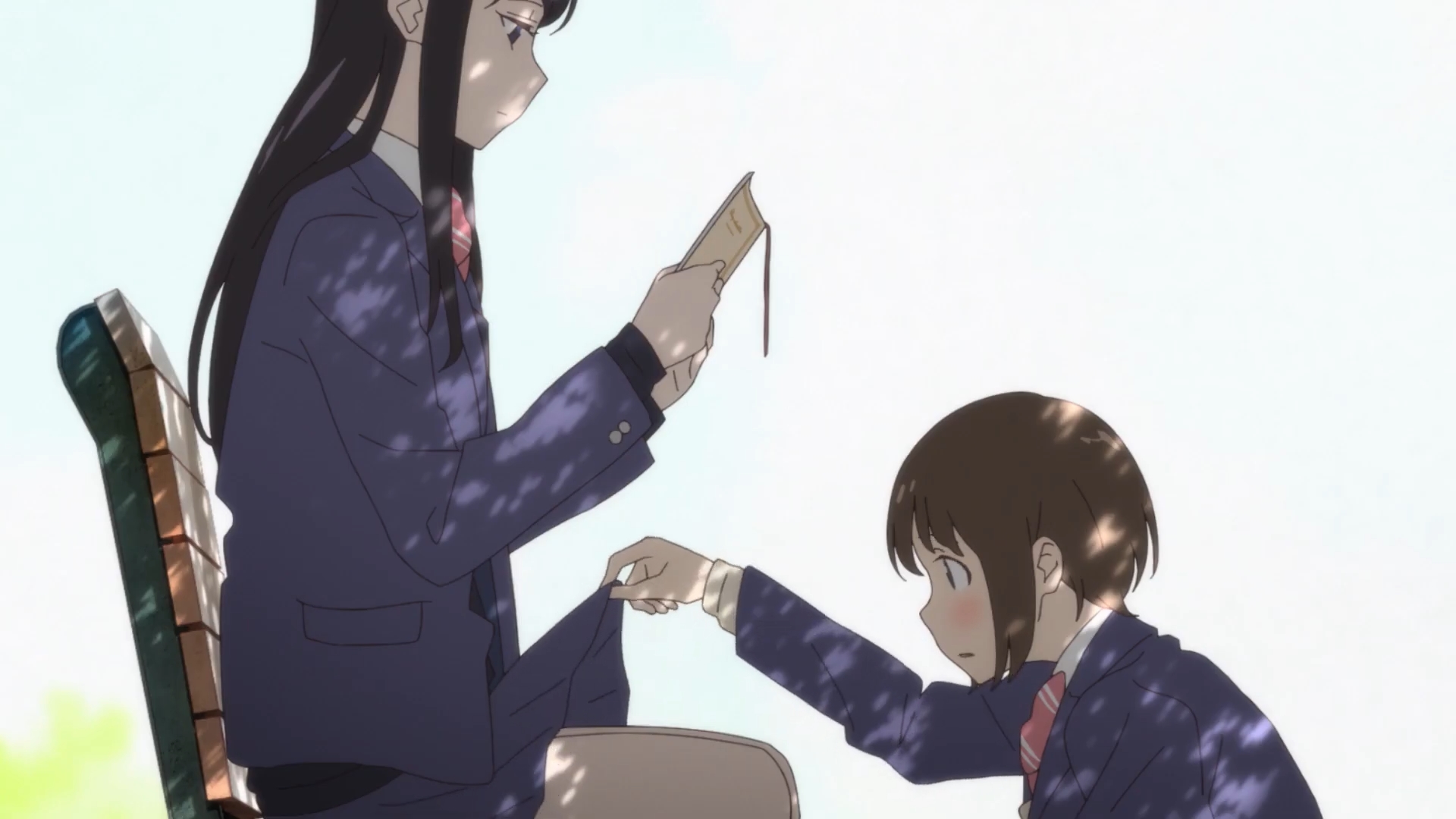 Since we haven’t actually watched Flag Time yet, it seems like we shouldn’t be giving it an award, but as the only yuri anime of 2019, it wins by default. That’s just sad to think about. 2018 was arguably the Best Year in Yuri Anime History, and this year was closer to the worst than the best. From the few journalists who have watched it, they all seem to agree that Kase-san. this isn’t, but at this point, we’ll take whatever we can get. 😛 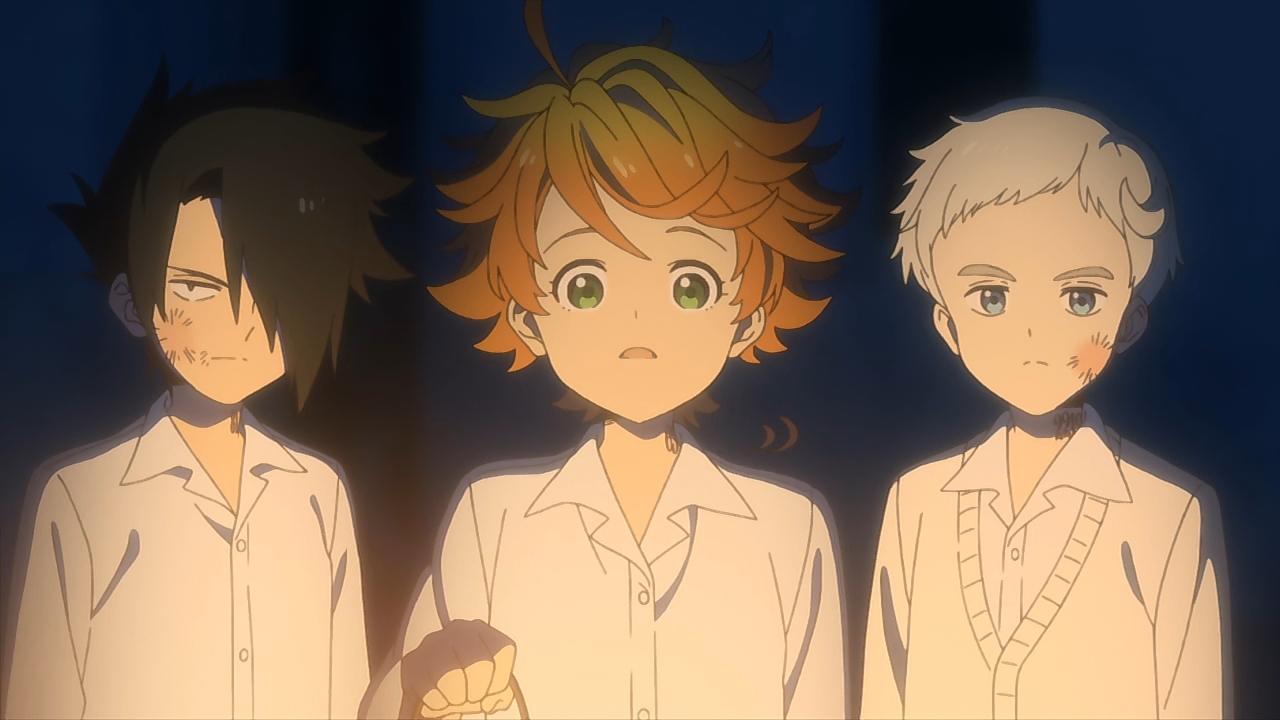 There were some good shows this year, but when all is said and done, I had to go with Yakusoku no Neverland. The tension you could cut with a knife, the adorable kids who also happen to be amazingly capable, the story that sometimes felt like a rollercoaster ride, this anime set the bar insanely high, so it’s no huge surprise that no other anime this year could match it for me. As much as I want to go ahead and read the manga to find out what happened after the events of the anime, I don’t want to spoil the awesomeness that I’m sure will come with the second season, so just give it to me already! 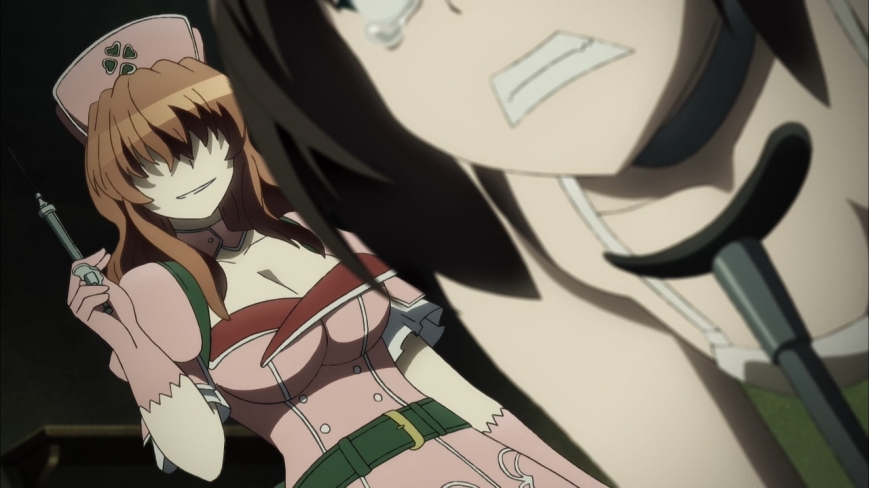 This race was a tad bit tougher than the one for Best Yuri Anime, but I’m going to go with Kurumi from Mahou Shoujo Tokushusen Asuka. Not only does she have it bad for Asuka, but Kurumi is really at her best when she’s doing what she loves to do… torturing people. Yeah, Kurumi is actually a little crazy, but the best characters are all a little crazy, aren’t they? A yandere gay nurse?! She earned this award! 😀 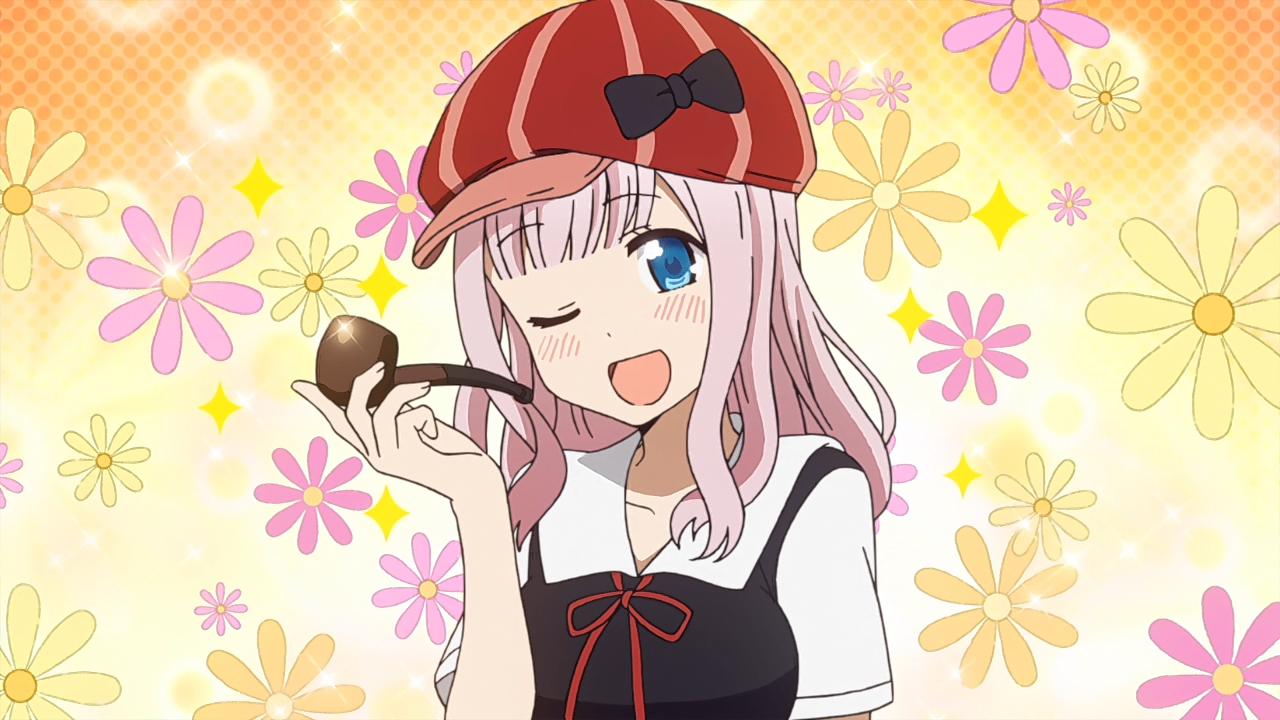 How can you not love her? While Kaguya and Miyuki were busy trying to win each other’s heart in the most sneaky ways possible, Chika was busy winning the hearts of all who watched. In addition to being adorable and hilarious, Chika was the wild card that always seemed to lay waste to Kaguya and Miyuki’s best-laid plans, and it just never got old. And I haven’t even mentioned that ED. If you haven’t already, you need to go check it out. I’m giving it an honorable mention later, and it’s so good! BTW, Kaguya-sama is getting a second season, and I’m hyped. 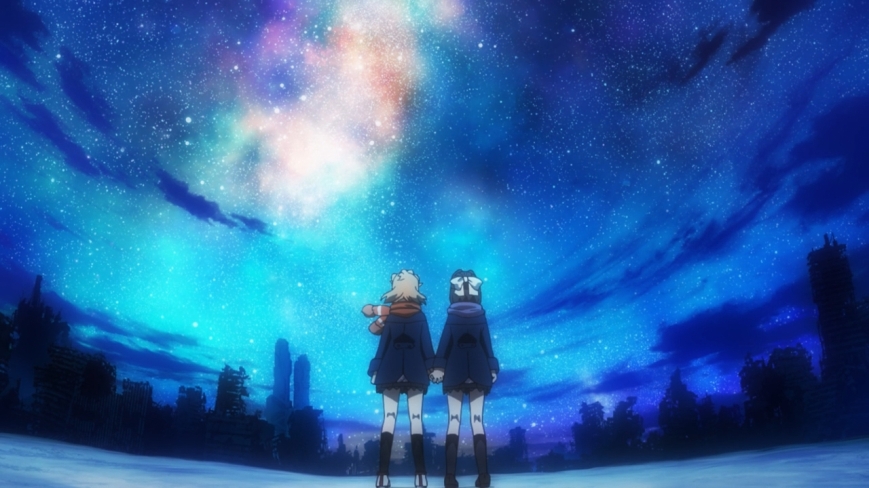 “But Hibiki and Miku aren’t canon!” I know that, but since I literally have no other option and this is the closest thing to canon for me this year, I have no choice but to include it. Even though they came close to doing it this time, Satelight really needs to just make these two official already, because it’s super obvious at this point, and they’re not fooling anyone into thinking otherwise. At least they were as cute as ever together, and amongst all the explosions of Symphogear XV, we needed that cuteness to balance things out. 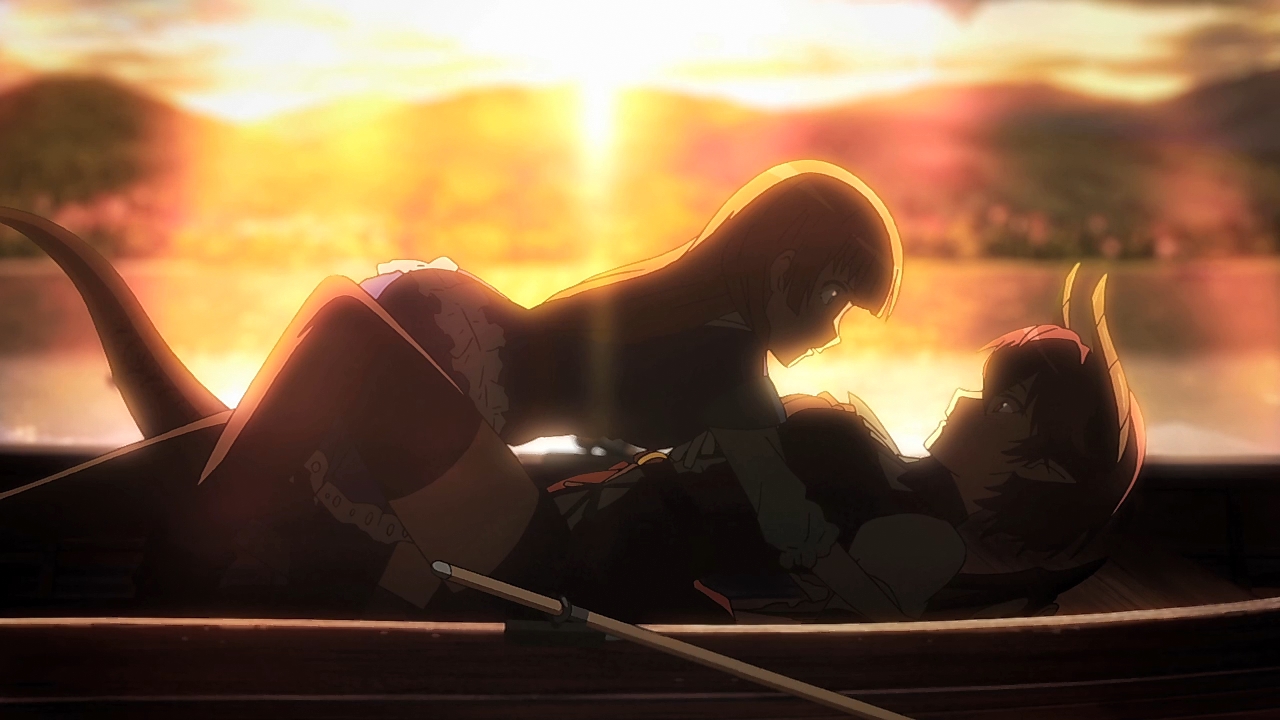 A few years ago, Pikari and Teko nearly made Amanchu! must-see TV for yuri fans, but this year saw another pairing take the baton and take things to the next level. Of course, I’m talking about Grea and Anne, the stars of Manaria Friends, which felt like the yuriest non-yuri anime in some time. There was just sooo much subtext in this show, so I don’t even mind that we didn’t get a kiss or a love confession. Now, just give us another season!!! 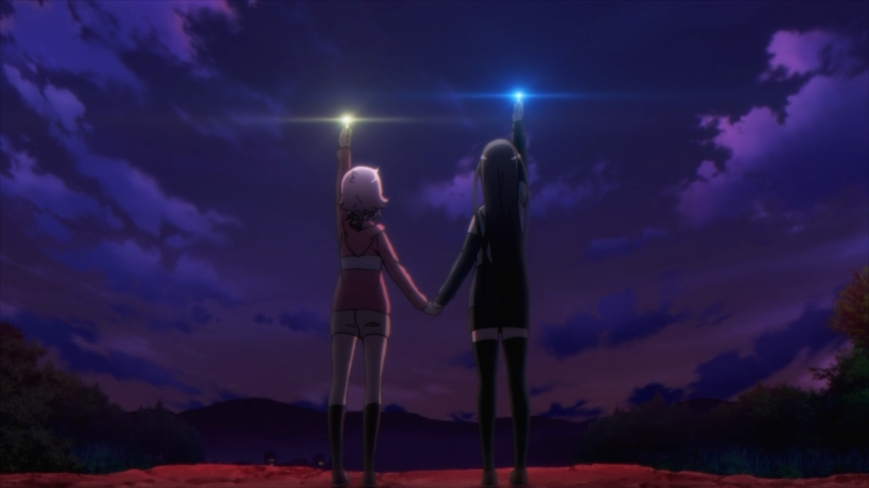 There are roughly a million magical girl anime that premiere every year, and Granbelm was supposed to be just another one, but nobody told this to the creators. Instead of another generic throwaway title, we ended up with surprisingly good magical girl x mecha mashup. The story was easy to follow, yet it was pretty dman entertaining, and this anime benefits greatly from having some really good villains. I don’t typically like mecha anime, but I had no problem with this, and this show ended up being one of my favorite anime of the year. 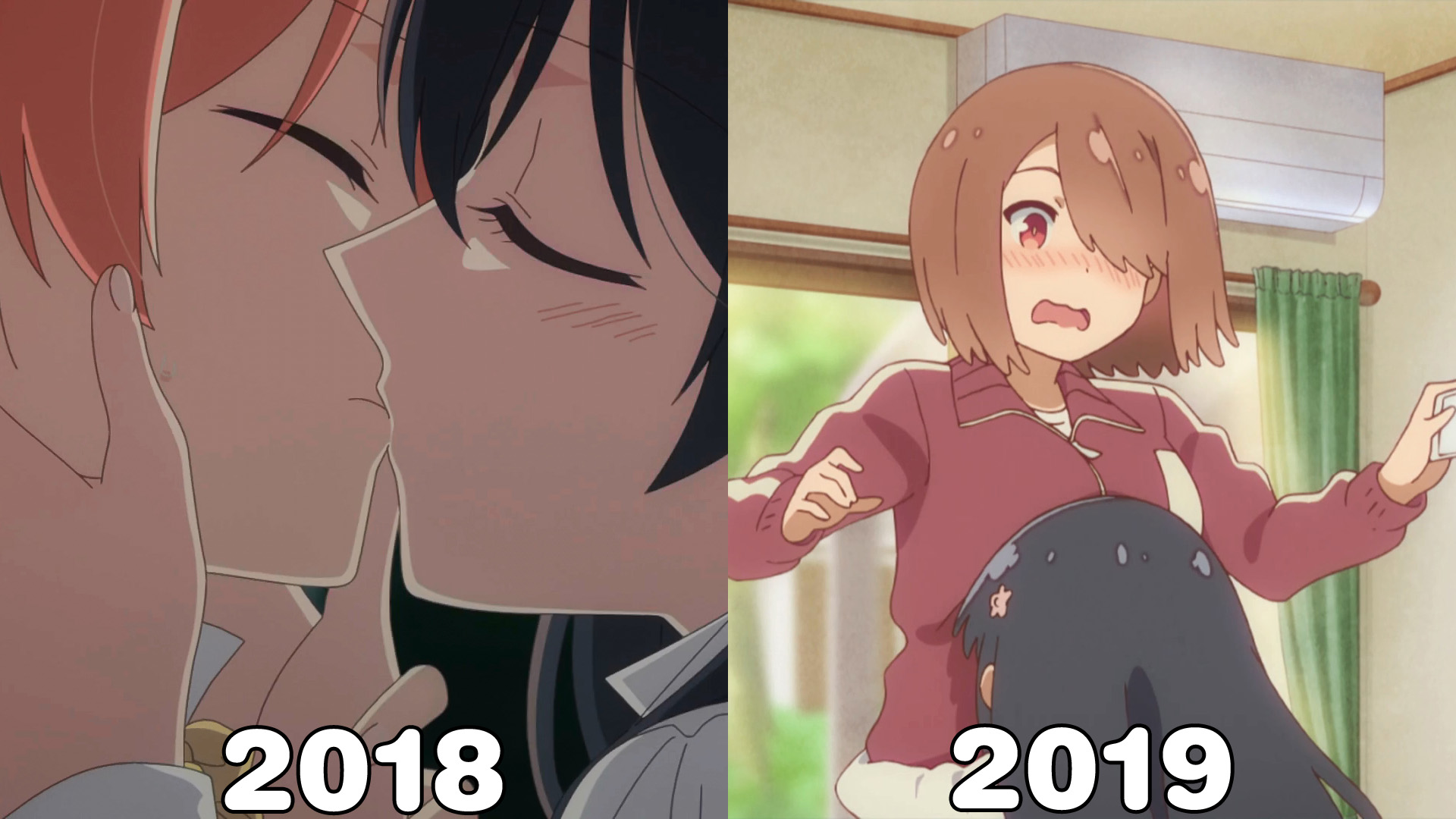 My biggest disappointment has to go to the entire anime industry. Why do I say that? You need look no further than some of the choices we made on this “best of” list. Because of the lack of choices, there are honestly some less than deserving winners on this list, and that should never be the case. The disappointing year in yuri anime becomes even more pronounced when you compare it to last year, one of the best ever. I know it’s unrealistic to think that we can have a year like 2018 every year, but this year was arguably just flat-out bad. Say it with me, “We deserve better!”

There are some antagonists that you don’t care about either way, and then there are some antagonists that really strike a nerve with you. For whatever reason, Suishou from Granbelm really did that for me, and I absolutely loved to hate her. Not all evil characters are that believable, but I thought Suishou definitely was, and you can also give an award to Aoi Yuuki for the job she did voice acting Suishou. It was such a great performance.

For a while now, I haven’t been the biggest fan of Symphogear, but even I can’t deny that Symphogear XV was quite the adrenaline-fueled good time. It’s like the creators said: “You know, it would be awesome if we added…” and then they proceeded to add all of those ideas. I could’ve used more Kirika x Shirabe (and Tsubasa x Maria. and Chris), but other than that, this was the anime equivalent of one of those popcorn movies that just entertains the hell out of you. 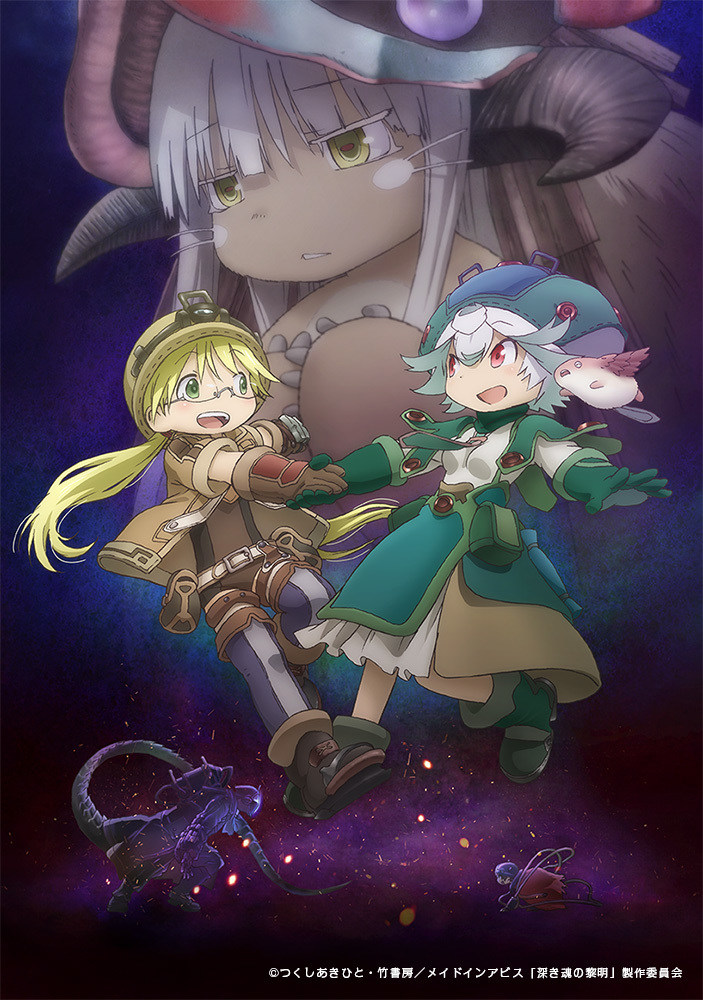 I loved Made in Abyss. It’s probably in my top five or so anime of all-time, and I’m crazy hyped to see where the story goes after the events of the original TV anime. Even though I haven’t picked up the web manga, I’ve seen some fan art that suggests what’s coming up in the story, and I’m super excited to see that, as well as the inevitable fight between Reg and Bondrewd. It’s coming next month, so the wait is almost over, and I couldn’t be happier.

Princess Principal was probably one of the most pleasant surprises of the last few years, so I’m super excited to see what the sequel has in store. Actually, the sequel is comprised of six movies. How crazy is that?! I’m guessing these are going to be short “movies” similar to the 50-minute Kiniro Mosaic: Pretty Days movie. Basically, just two glorified TV episodes sandwiched into one film. I wouldn’t mind. I just want more espionage and more Ange x Charlotte.

Feel free to tell us your picks as well~
Advertisement