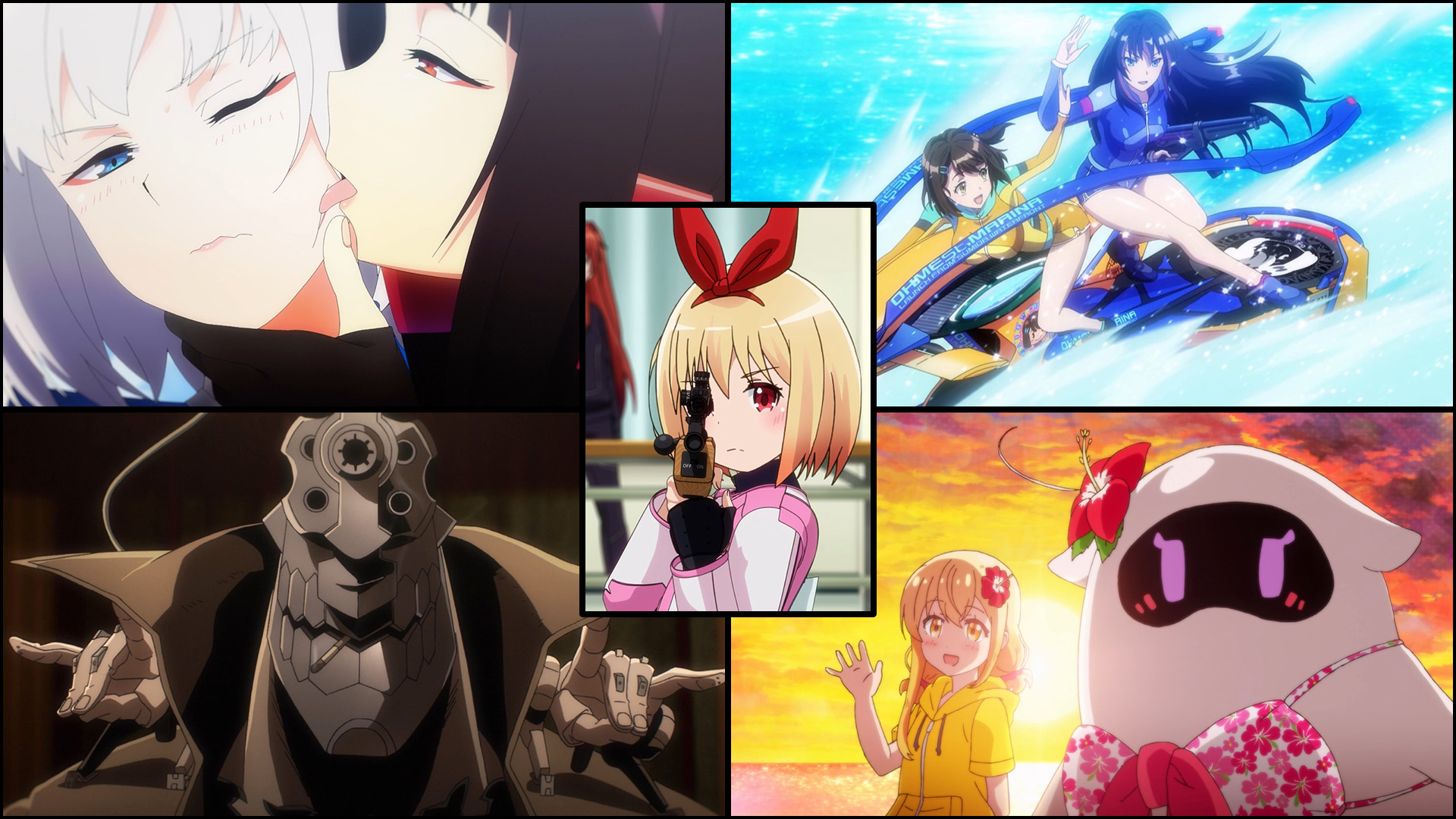 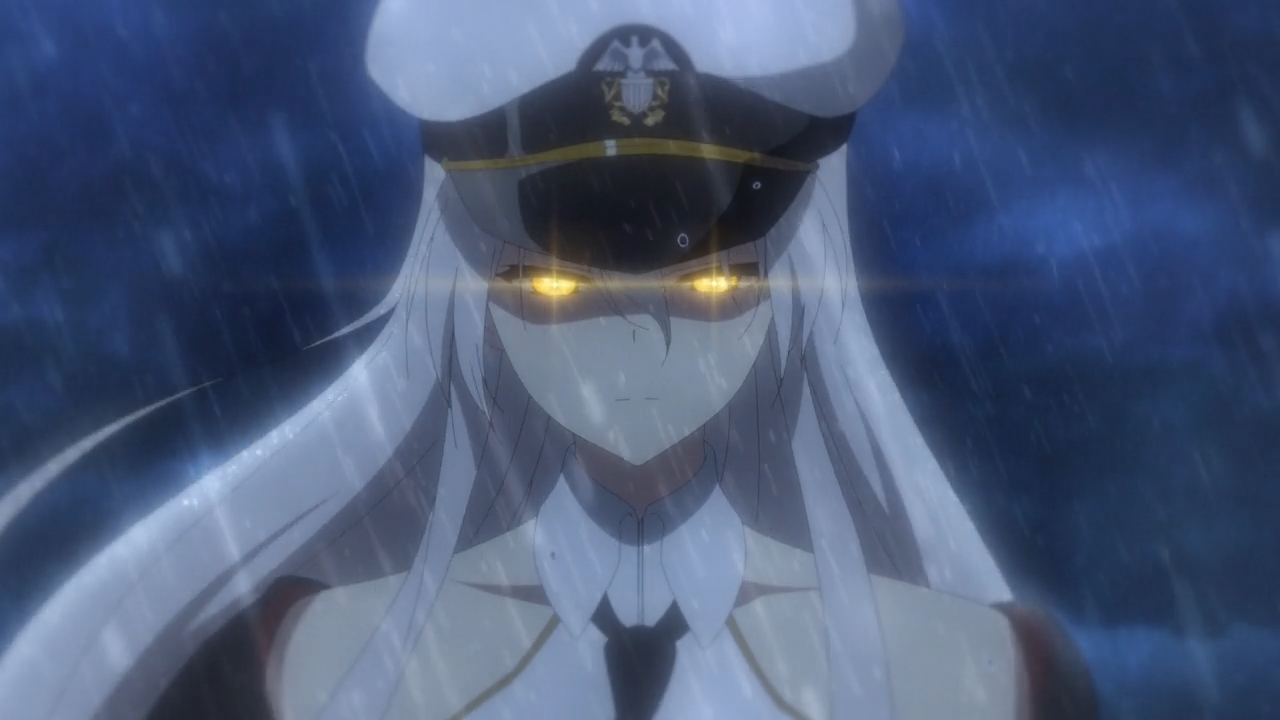 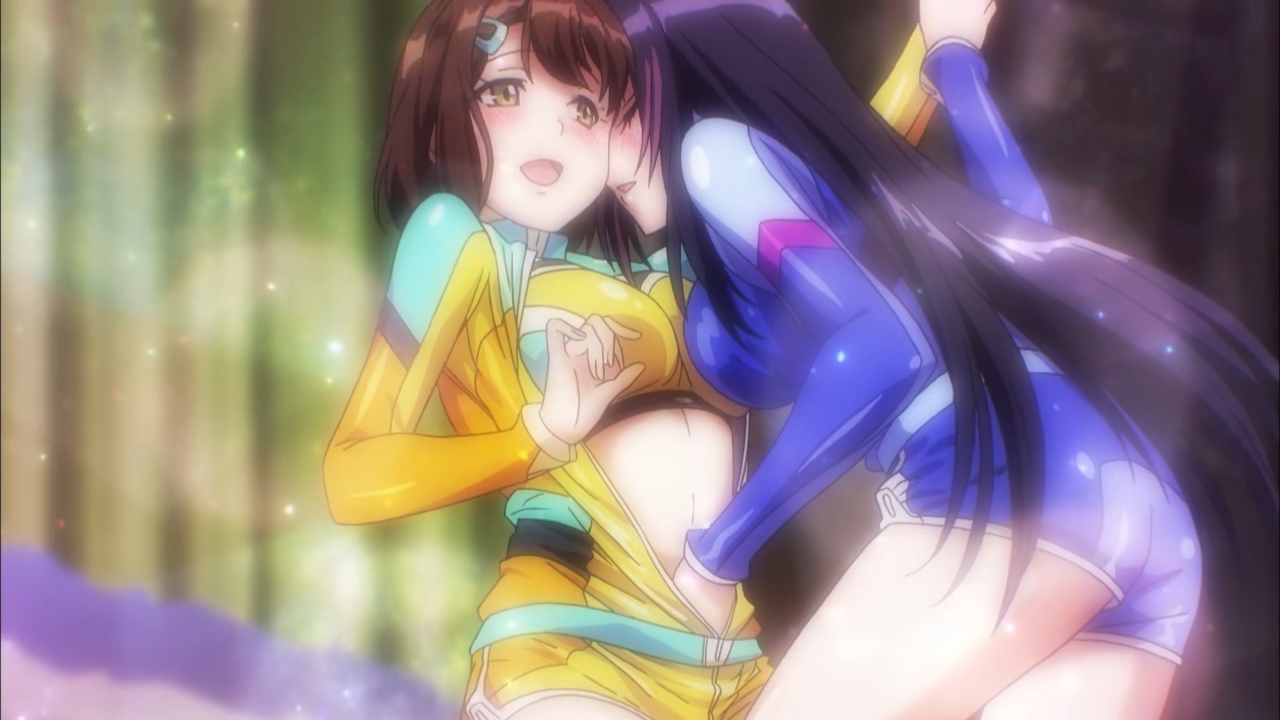 Like most other ecchi anime, Kandagawa Jet Girls wasn’t particularly good, but if you were only watching for the fanservice, I’m sure you’d disagree. Like a true ecchi anime, the uncensored version delivered even more boobs, but since there’s no mistaking that these are supposed to be high school girls, I felt kind of sleazy for watching this. This isn’t anywhere near Valkyrie Drive-level ecchi (even though they both share a director), yet this is also not as harmless as something like Harukana Receive. Nudity like this isn’t anything new, nevertheless, the fanservice is definitely a major selling point of this anime.

As a club activity, jet ski racing seems a lot more exciting than something like rifle shooting, and while these races were somewhat entertaining, the story was still really lackluster and all-too familiar. Part of the reason why I would rather see more adult characters in this type of anime is to avoid repetitive plots where the only thing that seemingly changes is the type of club the girls are in and the activities they do. Anyway, the two main characters (the genki girl Namiki and the shy Misa) were entertaining enough to keep my interest, and seeing Misa reluctantly get closer to Namiki was cute. Aside from those two, however, I thought a lot of the others were pretty forgettable (some more forgettable than others). For me, most of the appeal of these other girls wasn’t due to their personalities or anything like that, but instead, how unapologetically gay they were.

This show lays it on pretty thick, and between Namiki x Misa, Ziyu x Dina, and Fuka x Inori, yuri fans should be pretty pleased with the amount of pairings and touchy feely girls to be found in this anime. There were like four episodes in which there was no jet ski racing at all, so if you had any doubt that this anime was more about the fluff and fanservice than the racing aspects, that’s all the proof you need. Also, I wasn’t really a fan of the CG used during those races. I got Love Live! flashbacks. This should get a review at some point, so look for that some time in the future. 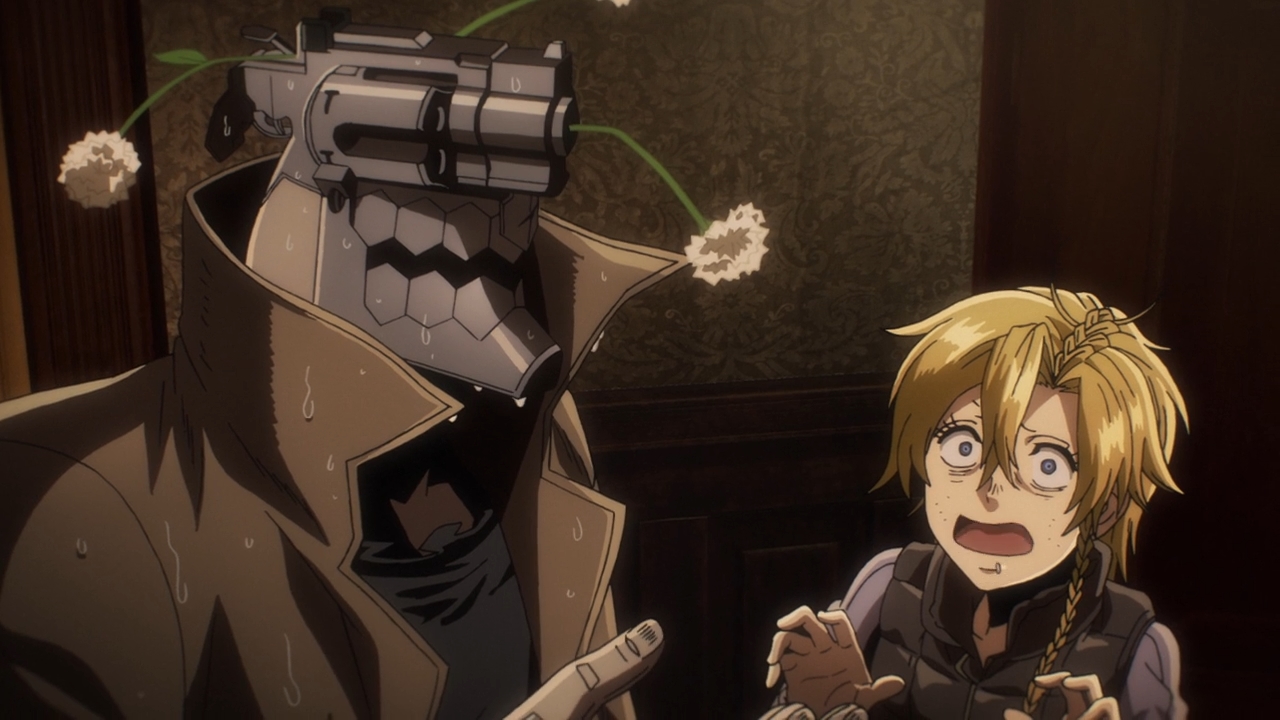 When I first saw the image of a guy with a gun for a head, of course I assumed that this would be an action-packed anime, but things didn’t really play out like that. At all. Don’t get me wrong, when this anime did do action, it did it well. That said, this rather slow-paced show was still pretty enjoyable, even if it wasn’t as unique as I had initially hoped for.

Juuzou, the main character, may look different, but he’s basically your typical hard-boiled detective, and his style of speaking softly and carrying a big gun (his head) is cool. The story in this anime might’ve been more interesting to me if it progressed further, because at the end of these twelve episodes, not much has been resolved. I was hoping for a cyberpunk vibe from this, but that definitely wasn’t the case. Still, the sci-fi elements of the story (such as cybernetic enhancements) were interesting, and we got some of cool-looking villains out of this, so I was somewhat entertained.

A second season has been announced for the spring, so this is pretty much a split-cour anime, and if I had known that from the beginning, I might not have started watching it in the first place. That’s a lot of time to devote to a non-yuri anime, and while I enjoyed what this first “season” brought to the table, I don’t think I enjoyed it enough to want to stick around for the second season. 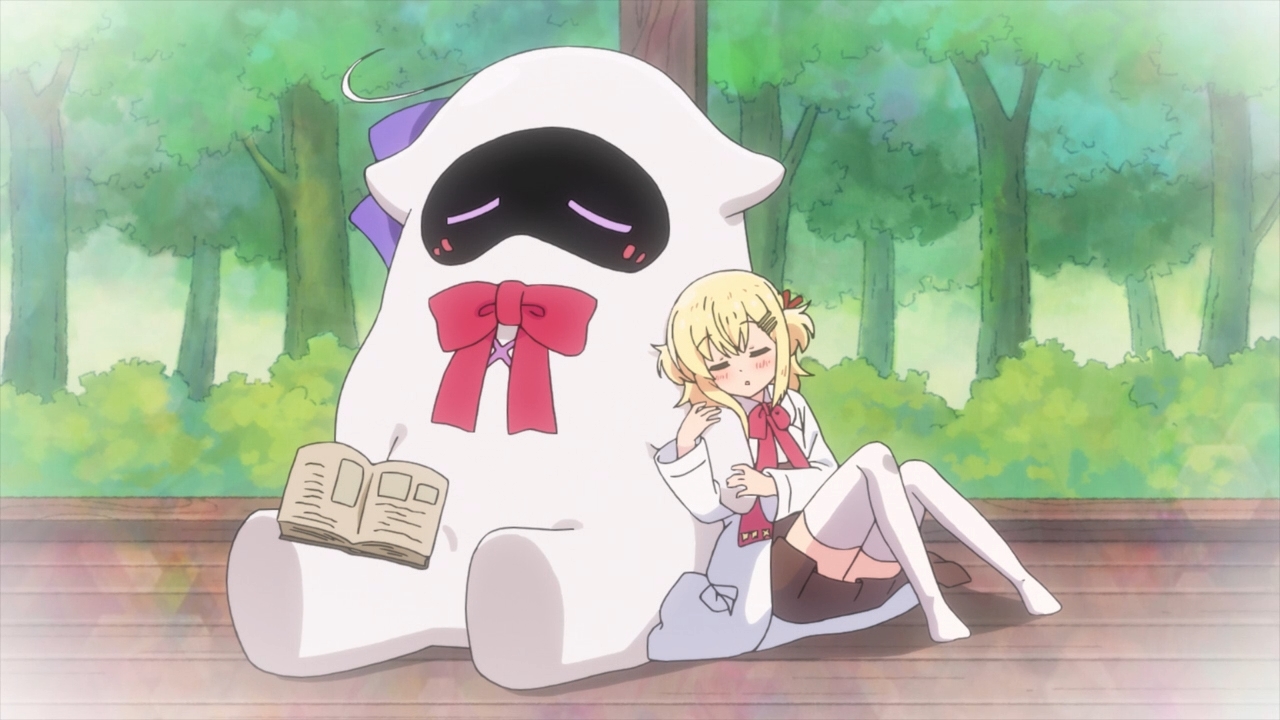 At around five minutes or so per episode, Null Peta, was more or less as entertaining as I expected from such a short anime. Given the different premise of this comedy-infused sci-fi anime, a brilliant young inventor who attempts to bring her late sister back to life in the form of a robot sounds like it could be kind of fun, and for the most part, I thought it was.

A lot of the entertainment factor came from our two main characters, so it’s a good thing that they were solid characters. The sisterly bond between Null and Peta was sweet, so I’m glad this anime wasn’t all about the gags, yet there were still gags aplenty, and I thought they were enjoyable enough. Probably nothing you’re going to remember a year from now, but the comedy was amusing nevertheless. Later on, things became more serious, and if you weren’t already sold on this show, I’m guessing this turn of events may have sealed the deal and won you over.

By the end, I was left wanting this to be a full-length anime, because this was as entertaining to me as some other full-length anime I’ve seen, and before you know it, each of these episodes was over. So there are far worse ways to spend around five minutes of your time, and for me, I think Null Peta may have been one of the better short-form anime that I’ve seen. 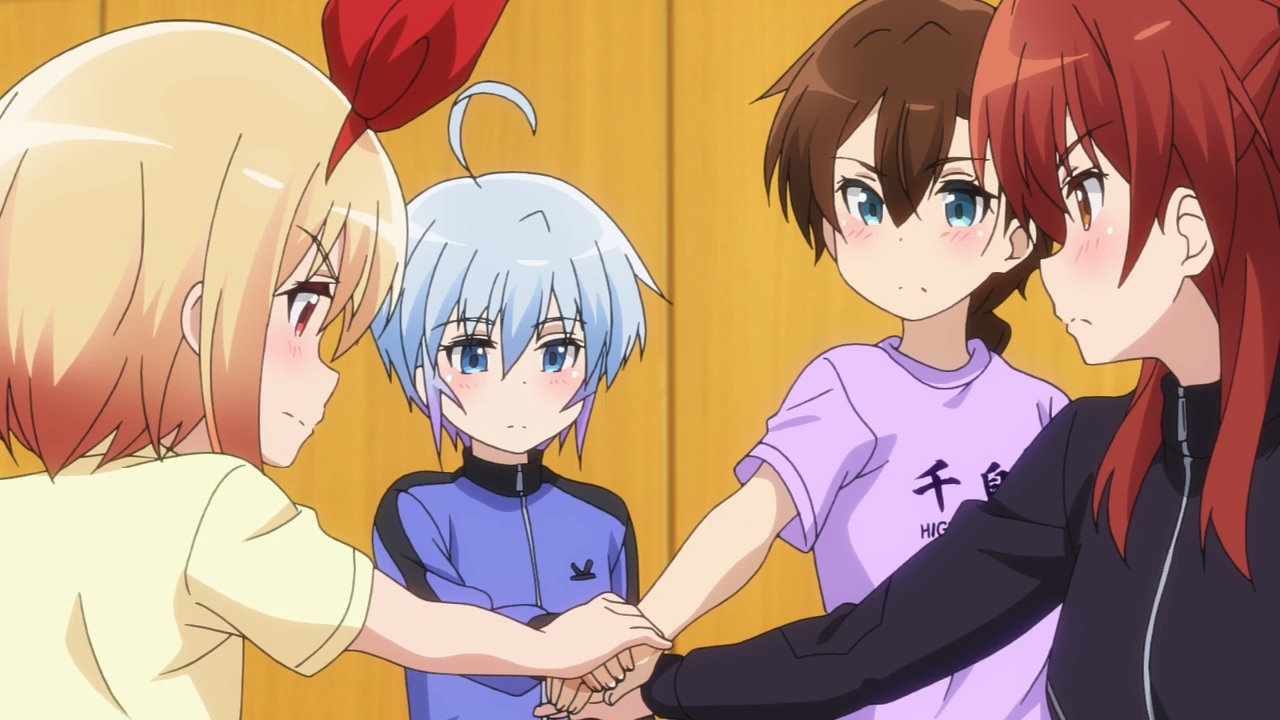 Boy, was this disappointing. I didn’t even have high hopes for it, but I was still disappointed, because this just plain wasn’t good. I don’t know what all goes into deciding which of these cute girls doing cute things manga get anime adaptations, but whatever the process may be, maybe it would’ve been better if this one had stayed on paper.

I think part of the problem was, target shooting simply isn’t very entertaining. While shooting, characters remain perfectly still and quiet, so to me, there was just a complete lack of excitement to this activity/sport. You look at other somewhat recent girls sporty anime and all of them involve something that’s far more exciting than target shooting. Saki, Harukana Receive, Scorching Ping Pong Girls, Anima Yell!, Uma Musume, and Girls und Panzer are but some of those anime. In other words, this was boring.

It didn’t help that the characters were also very generic and lacked much personality, at least compared to other CGDCT anime. Story-wise, it was just your typical “school club aspires to reach nationals” plot, but at least the pacing was swift, with the girls qualifying for nationals by the midway point of the season. That also meant that we got plenty of non-shooting activities… yet none of those activities were any more entertaining to me than the competitive aspects of the show. As for any potential yuri, I was disappointed that this was lacking in that regard as well. There was a yuri character, but she’s a minor character that goes to one of the competing schools, so she’s rarely on-screen. Unless you have to watch every CGDCT anime there is, you might want to consider passing on this one.