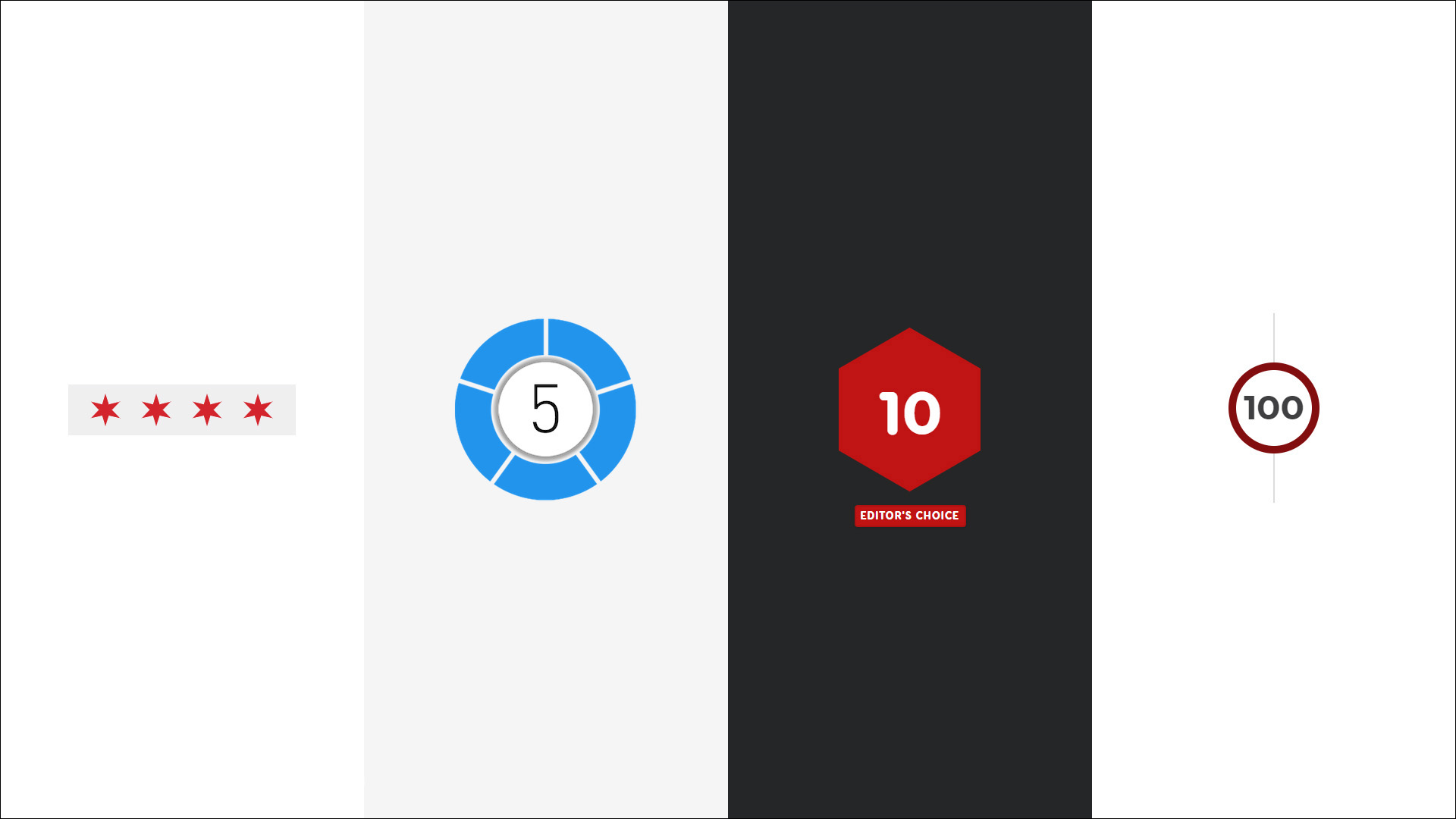 YuriReviews has been around for more than seven years, and over the course of those seven years, we’ve featured 309 reviews thus far. I myself have been writing reviews for nearly six years, and I’ve written 171 reviews so far.

The point is, we’ve had hundreds of opportunities to put our thoughts and opinions into words, and I think most people who’ve ever written a review will tell you that it’s not easy. For me, one of the things that usually presents a challenge is trying to give a numeric value to my thoughts.

This can largely be attributed to how reviewers have a tendency to consider 7 as “average”, instead of 5. It harkens back to our school days when 70 is passing and everything below is a failing grade. So 7 becomes average and everything below 7 is pretty much considered bad, in most people’s eyes. I’m personally guilty of falling into the trap (over 69% of my reviews have scores of at least 7), and it’s not just because there aren’t a lot of bad yuri-ish anime.

In the recent past, I’ve been trying to do a better job of sticking to a “5 is average” mindset, but I still wonder if this is just a flawed reviewing system and if there are better alternatives out there, so let’s talk about some of those alternatives.

First up, the letter grade system. We’ve all been to school, so we should all be familiar with how this works. The scores range from F all the way to an A+, and although it’s probably not as direct as a numerical score, it can still get the point across. It seems that most of the outlets that use this system tend to review movies and TV shows, though, like all of the possibilities in this post, it can be applied to anything and everything. 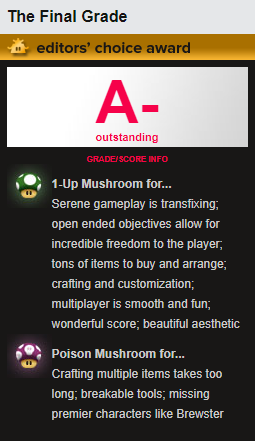 I didn’t like school, so that’s one of the reasons I’m personally not the biggest fan of this system, and I think it’s not quite as practical as most of the other scoring systems. It may look a little different than a numerical score, but it’s not all that different, so we’d likely see a lot of C’s on our report card reviews.

Next up is one I dislike, the 100 point scale. Simply put, the biggest reason I dislike it is because it’s way too subjective. I don’t know what the difference is between an 87 and a 92, and I don’t expect readers to know either. It just complicates matters, and I’m sure this system would just lead to pointless arguments, like why “X anime” is 2 whole points better than “Y anime”. Everything is subjective, but I think splitting hairs in this fashion wouldn’t be good for the reviewer or the audience.

I find this next one pretty interesting. It’s the 5 point scale. Some review outlets use five stars instead of points, but no matter, it’s all the same. I find this one interesting because it just simplifies the process. Great, good, okay, bad, and terrible. Everyone can understand that, and it does a good job of eliminating, or at least minimizing, the no man’s land around 6 (on a 10 point scale). It may seem like it’s just the 10 point scale but cut in half, but there are decisions to make for the scores that are odd numbers, so you could possibly see pretty good anime that are 7.5/10 cut down to a 3/5. Seems kind of harsh, but I guess that’s the way it goes.

The only drawback I see with this system is you’d probably have a lot more reviews with “perfect” 5/5 scores than you’d have 10/10. I’ve never given a total enjoyment score of 10/10, however, if we’d been using this system, there would probably be quite a bit of 5/5 scores that I would have handed out. It’s not necessarily a bad thing, but it gives the illusion that the recipients of these scores are flawless.

Similar to the 5 point scale is the 4 point scale, but despite the similarities, I’m not a huge fan of it. I think this one is too simplified, but one of the positives is that you’d spread the scores out more than with the other scoring systems, and 1 and 2 point scores probably wouldn’t be super rare anymore. I might have enjoyed anime like Princess Principal, Haibane Renmei, and Granbelm, but I don’t like the thought of merely “really good” shows maybe getting the highest score possible. And similarly, having something like Simoun possibly share the same score as something like El Cazador de la Bruja doesn’t sit well with me either. A super condensed scale like this just presents some problems, and it doesn’t help that it’s not used very often. 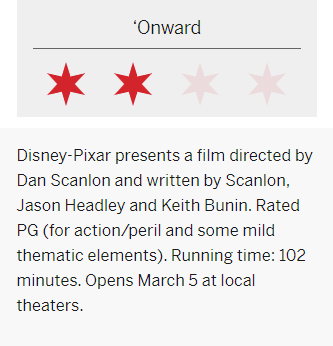 Example: The Chicago Sun-Times’ review score for Onward.
NO SCORES AT ALL

And then there are some outlets that have done away with quantitive scores altogether. Kotaku is an example of this type of thinking, and I can see the appeal of this style. Giving subjective numerical scores to something isn’t always helpful, so just going on in detail about what you liked/disliked and why you liked/disliked it could help get your point across more efficiently than hollow scores. 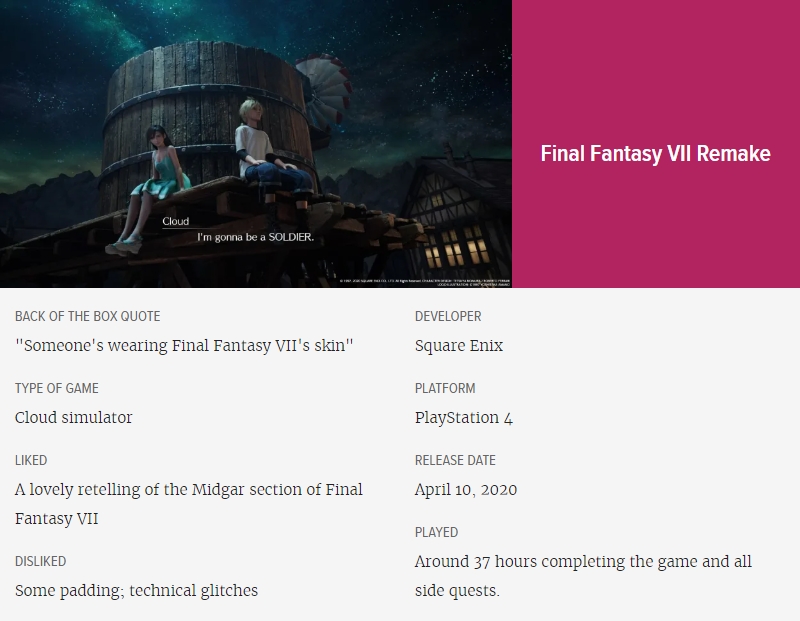 Then again, I like the idea of someone who doesn’t have the time/desire to read an entire review being able to quickly find out if something might be worth their time. Scores can provide that, and this system probably isn’t as well-suited for it.

Something I haven’t mentioned yet are half scores. We already do that with our 10 point system, but they can be applied to other scoring systems (such as 4 and 5 point scales), which might make those more flexible. The possibility even exists for quarter-points, which oddly enough, is something I briefly thought about introducing last year (until L said she wasn’t in favor of it). 😛

No matter the scoring system, it’s all about being consistent with your scores, and in that regard, I’m striving to do a better job than I’ve done in the past. That might be all a reviewer really needs…

So when it comes to review scoring, do you folks have a preference? If so, vote in the poll, and if you guys feel strongly enough about one, maybe we’ll end up using it going forward~