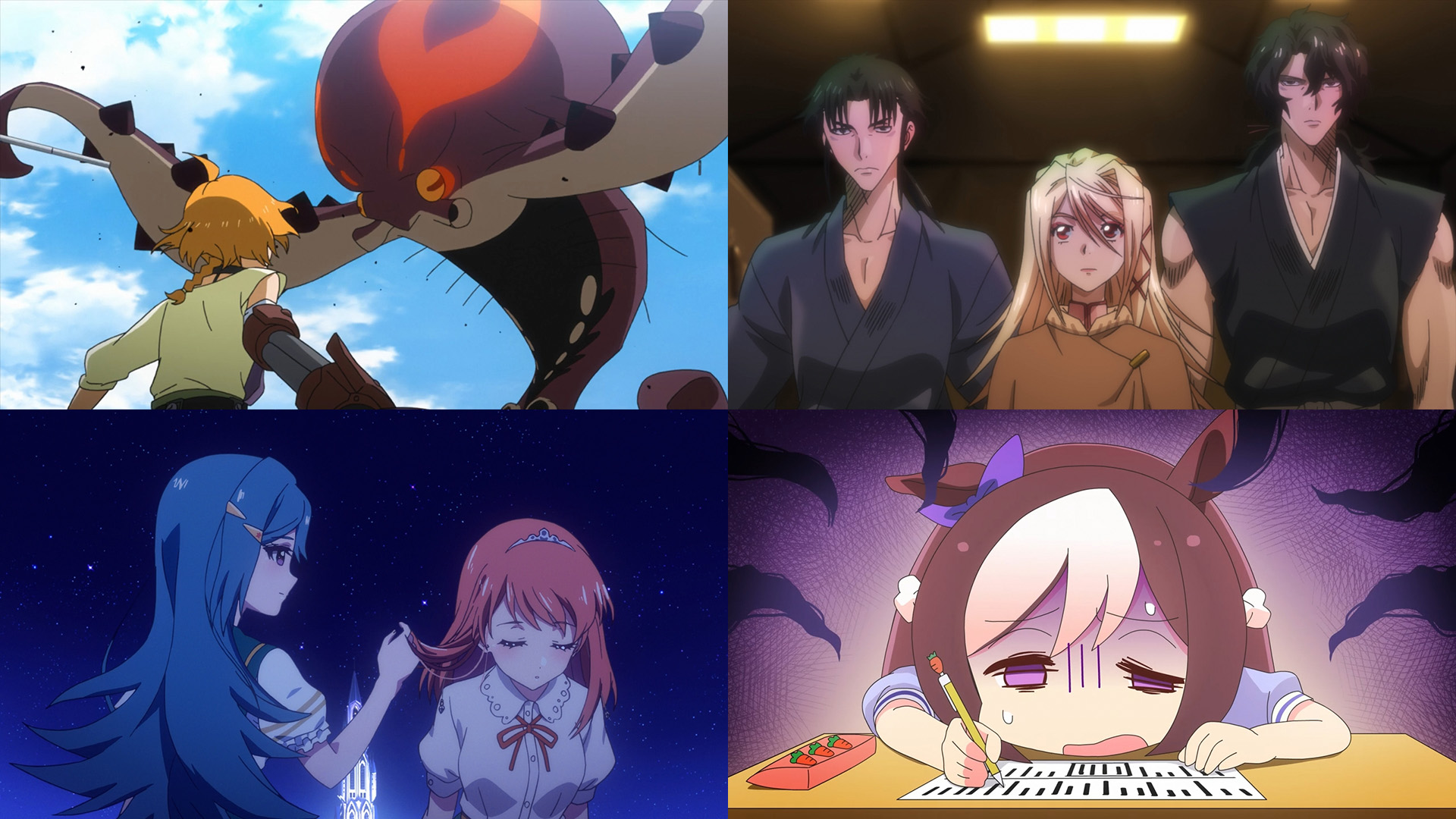 It’s that time of the year again, so enjoy our First Impressions of the 2020 summer anime season that just started~ 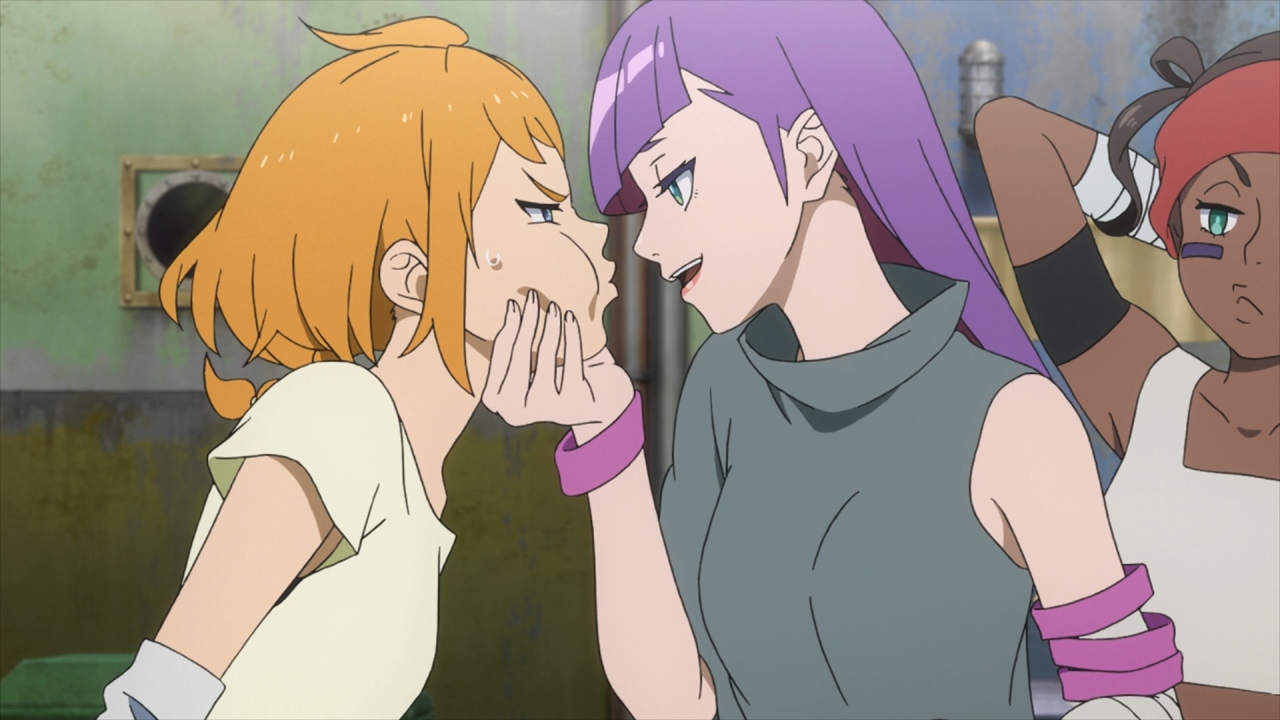 I picked up this show mostly because it looked interesting and is from the director of Death Parade and Mob Psycho 100, and through one episode, it seems entertaining enough. The story involves humanity’s near extinction at the hands of creatures called the Gadoll, and how the remnants of humanity now reside on Deca-dence, a mobile fortress where soldiers called Gears lead the assault on the Gadoll. There are some Shingeki no Kyojin vibes, but this anime seems to lack the drama and somber tone of SnK, so the comparisons aren’t super strong.

Actually, this anime seems kind of campy, and I think I like it that way. Thanks to the main character, Natsume, this first episode seemed more comedic than dramatic, at least until the Gadoll attack and we get more SnK vibes. Feisty characters like Natsume are fun to watch, so I think I’m going to like her quite a bit. The action was pretty nice, and I think for most people, that’s going to be the biggest reason why they watch this. I’m still not sure how I feel about the Gadoll, since their overly colorful and unusual designs aren’t quite what I expected, but they have more time to grow on me. All I’m expecting from this anime is some solid action and a somewhat interesting sci-fi storyline, and if it can give me that, I’ll be content. 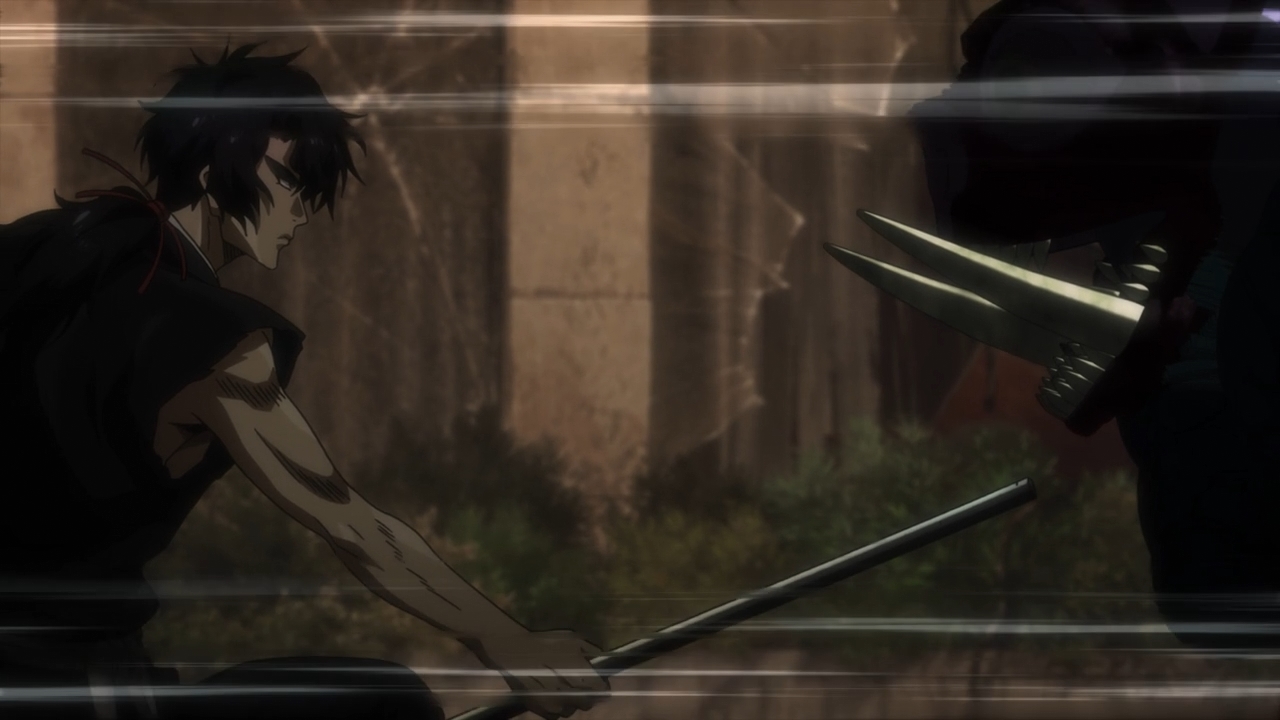 From the promo image to the description, this anime looked and sounded pretty kickass, so I decided to give it a shot. The gist of the story is this. In 2030 Tokyo, a mysterious pandemic has swept the world, turning humans into monsters called Gibia. Somehow, a samurai and a ninja from 17th century Edo are suddenly transported into the middle of this mess, where they join a group of survivors who are struggling to survive, as well as a professor searching for a cure. It’s exactly the type of upbeat and improbable anime that can take our minds off of the current state of the world, isn’t it? 😀

Okay, so the story kind of hits a little close to home, but this first episode started putting the pieces into place, and I expect a lot of monster slaying action in upcoming episodes. There wasn’t a lot of action in episode one, which mainly just introduced the main cast and provided a little exposition. The samurai, Sensui, and the ninja, Kenroku, didn’t display a lot of personality in this episode, but I suspect they’re going to be all about kicking some monster ass, so I don’t have unrealistic expectations that they’ll be incredibly deep and layered characters. There’s a cute blonde named Kathleen that’s the other main character, but we’ll have to see if she’ll end up being more than just a cheerleader. Either way, I’m interested to see where this whole thing goes. 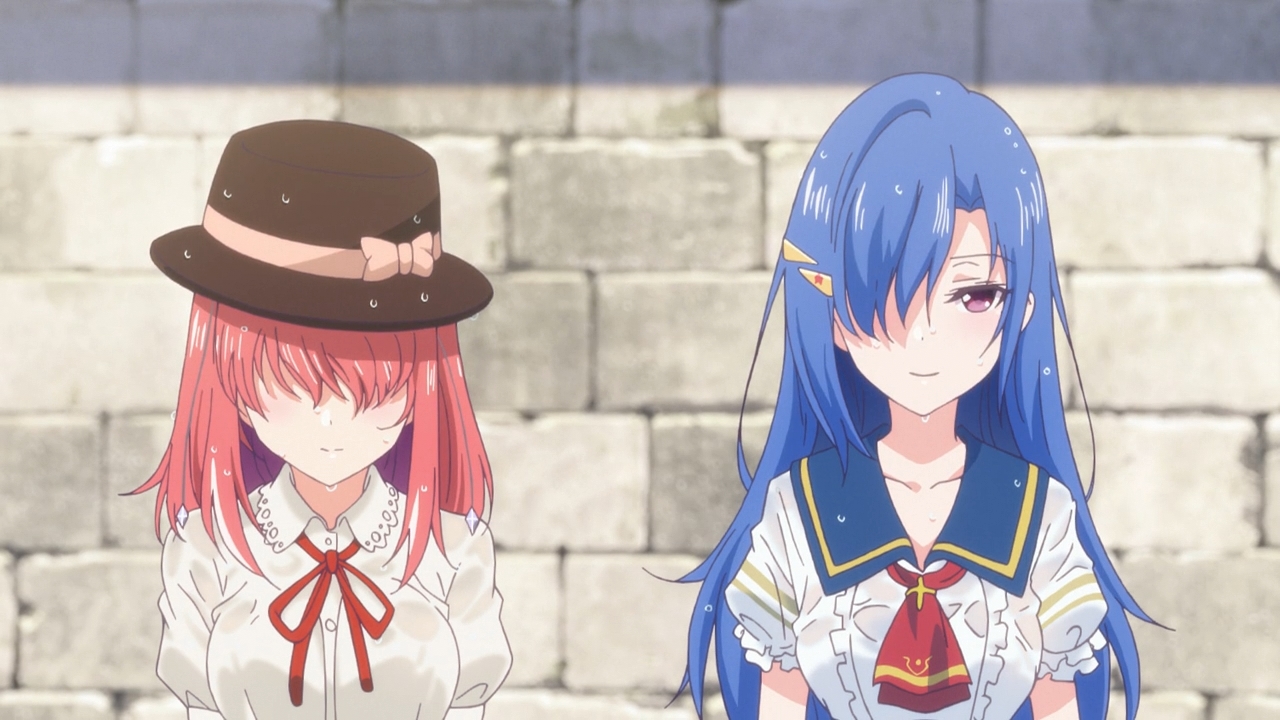 Of all of the anime in this depressing season, Lapis Re:LiGHTs seemed like it would be the most likely to have any sort of yuri subtext, so it was automatically something I’d want to watch. This anime seems to consist of an all-female cast and seems to take place at an academy for aspiring magical girls. No, check that, aspiring magical idols. It sounds weird but also pretty intriguing, I’m not gonna lie. Thanks to the magical elements in this first episode, this show already feels like something different than your typical Love Live! clone, so I think it got off to a better start than I was expecting.

Because of the all-female cast, there’s bound to be some shipping involved, and it looks like we may have been introduced to this anime’s main pairing, Tiara and Rosetta. These two are pretty cute, and cute is a good way to describe some of the other girls as well. The implementation of ranks within the academy might be another nice twist to the standard idol formula, and the further Lapis Re:LiGHTs can distance itself from Love Live!, the more interesting I’m likely to find it. For all this talk of idol anime, there was hardly any singing at all in the first episode, but I’m sure that’ll change in the near future, and I’m hoping the magic aspects of the show aren’t downplayed. So all in all, I think this anime made a positive first impression, and I’m looking forward to seeing if it can deliver something that idol anime fans, and yuri fans, can enjoy together~ 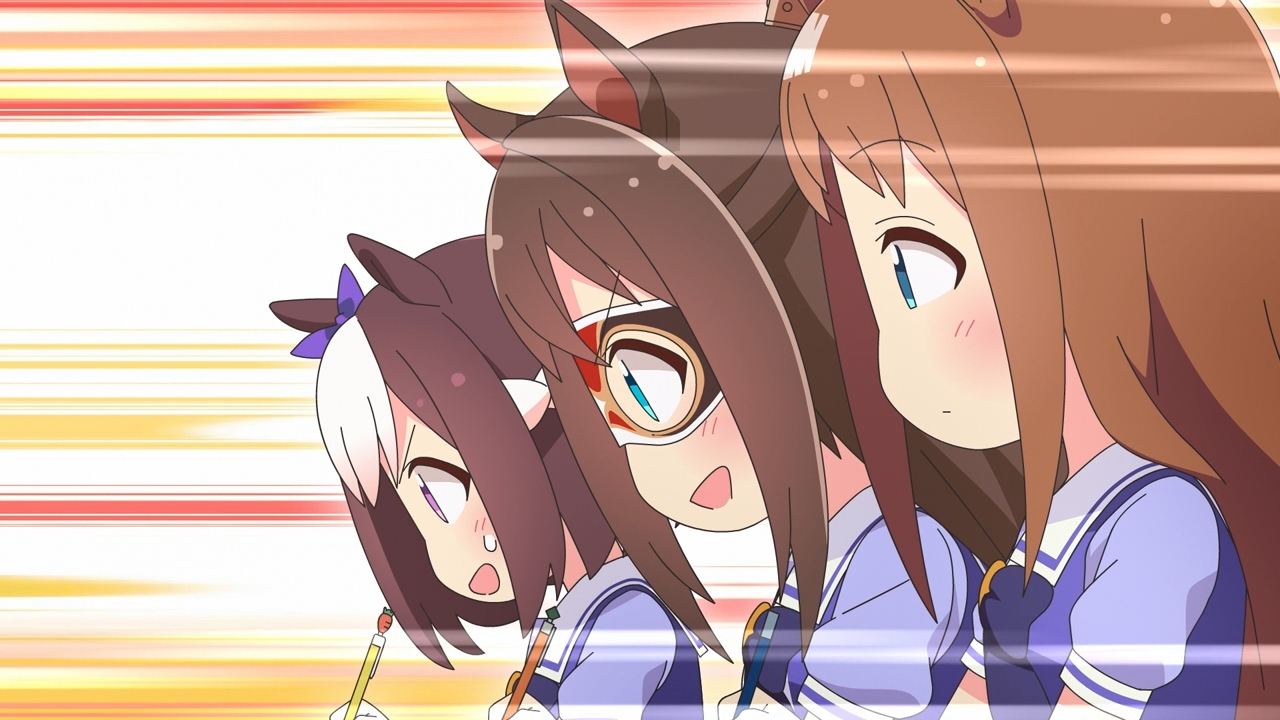 Uma Musume: Pretty Derby (TV) was a somewhat enjoyable anime that aired a couple of years ago, which is why I felt the need to watch the spinoff, Umayon, this season. It’s another one of those cheap and quick shortform anime that’s all chibified, so don’t expect it to resemble the Uma Musume you’re used to, except for the characters.

This first episode didn’t involve any horse girl racing, but it did feature a race of sorts. Special Week was involved in a make-up exam, and since these horse girls are used to racing, they turn it into a race. The episode is only three minutes long (including the ED), so it’s over before you know it, but for fans of the original, this might be a fun little time waster. I doubt there’ll be much, if any, yuri subtext in this spinoff, but I hope I’m wrong about that. It’s cute and mildly amusing, which is pretty much what I expected when I first heard it was going to be shortform. Still, this season is so bad for yuri fans that I don’t mind spending three minutes a week on this show, and since this addition makes this post look a little less sad, I’m glad I picked it up! Thanks, horse girls! 😀