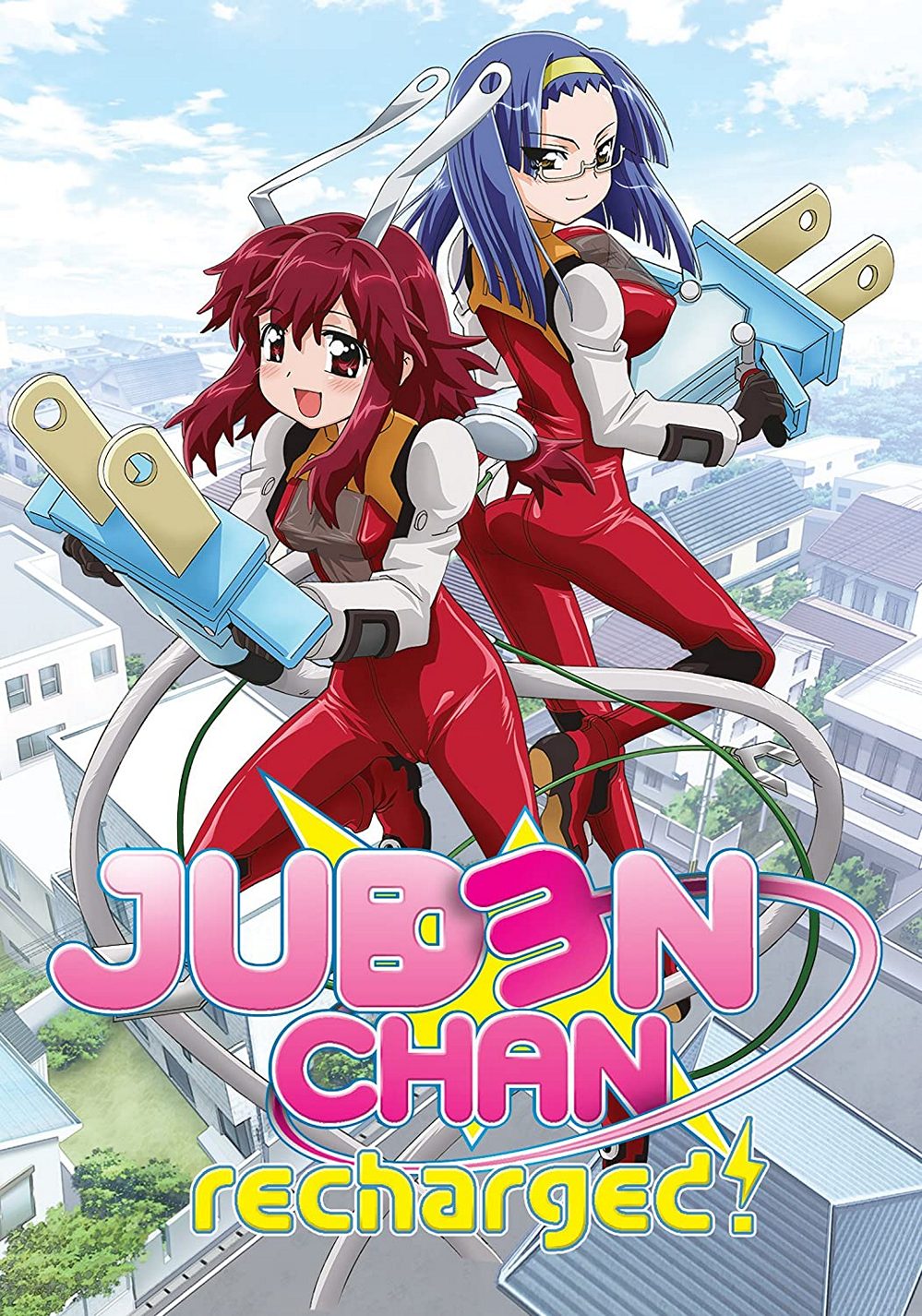 Synopsis: Meet Plug, an unusual girl from a parallel world. Plug is a “Juuden-chan,” capable of “recharging” people down on their luck, spreading good cheer wherever she goes!

It only took me a few minutes of the first episode to realize that Fight Ippatsu! Juuden-chan!! was going to have a pretty dumb story, but it was weird and different enough that it always found a way to keep my interest. Seeing “charger girls” take oversized electrical plugs and literally recharge people who are depressed was certainly strange to see, yet the show maintained a playful atmosphere that always kept things enjoyable for me.

Despite some dramatic moments, this was very much an ecchi comedy that didn’t take itself too seriously. Given how this anime revolves around trying to help people who are going through crises, I thought that this anime didn’t make a complete mockery of the matter, even if it is awfully convenient to simply stick a plug into them in order to change their mindset. There was a mediocre story unfolding here that was made a lot more tolerable thanks to some solid comedy that relied a great deal on physical comedy and fanservice. Those two things might not be everyone’s cup of tea, but I didn’t really mind. I thought the pacing was fine, and once you lower your expectations and view this as just another ecchi anime, the story doesn’t seem so bad.

There is a matter that never gets resolved, and since we’re probably way past the point of hoping for another season, only the manga readers will know what that was all about. Before I forget, one thing I have to question is the decision to have a person pee themselves in almost every single episode. What’s up with that? Anyway, this is the kind of anime where the story isn’t really that important, or at least not as important as all of the fanservice. 😛

Moving on to the characters, I feel like this is where Fight Ippatsu! Juuden-chan!! fares a bit better. The cast of characters isn’t that large, with less than notable characters, but the main trio had some nice chemistry and provided some good laughs along the way.

Plug (yes, that’s her actual name) turned out to be quite the entertaining character and a great mix of incompetence, playfulness, and warmth. I really liked the rivalry between her and the show’s resident ice queen, Arresta, and the Odd Couple dynamic between them was perhaps my favorite thing in the entire anime. They incited plenty of funny moments from each other, and as much as I wanted to see some yuri subtext involving them, it doesn’t happen, so don’t get your hopes up.

There is a character that seems to have a thing for Sento’s kid sister, yet she plays such a minor role that it’s not worth getting excited for. Late in the season, we’re introduced to two characters that seem all business, but in the intro of episode ten, they engage in some tongue jousting. These intros happen before every episode and those involved act out of character (while discouraging anime piracy), so who knows if they swing that way or not. In one of the OVAs, things get steamier between these two, but it turns out it’s not actually them doing The Devil’s Tango. Bummer…

I should also mention that there’s a hilarious magical girl show within this show, and aside from a lewd magical girl that seems to have a fetish for being tortured, we see another yuri kiss during one of these segments in the final episode. As is usually the case for me with these rather obscure shows, I expected more yuri in Juuden-chan than just a few yuri kisses, so from a yuri standpoint, I was a little disappointed.

The other main character is the only important male character, Sento, who usually serves as an unwillling helper and usually dishes out the physical comedy with the help of his trusty bat. In case you’re wondering, yes, he is a love interest of Arresta (it’s unrequited and she’s not the only one), but this anime cares more about comedy than romance, so pining and laughs take the place of any real romance. I didn’t really mind him, and I liked seeing Arresta lighten up, so he could’ve been a lot worse.

Despite the underwhelming yuri, Plug and Arresta put this anime on their backs and made an otherwise forgettable cast seem more than competent. If it existed, I probably would’ve watched a second season in order to see more of them, even though we already did see almost all of them…

I have to pat myself on the back for that terrible segue, but ecchi lovers will adore all of the T&A that this anime has to offer. I watched it uncensored, and holy hell, I was really surprised at how much fanservice was involved. There were so many boobs, asses, and crotch shots that I’d be very comfortable mentioning this alongside anime like Valkyrie Drive, Queen’s Blade, and Ikkitousen in our ecchi hall of fame. Besides the extreme levels of fanservice, I thought this didn’t look that bad for an anime that’s over a decade old. Character designs were really cute and the more action-oriented scenes were a little better than I expected for an anime like this. As for the music, it was often playful and quirky and it suited this show very well.

Overall, I thought Fight Ippatsu! Juuden-chan!! was a great example of a guilty pleasure anime, and despite the weird story, it was pretty fun to watch, if you’re willing to turn your brain off and just go with the flow. There wasn’t that consistent flow of yuri that you’d like to see, so this might not be worth watching for some yuri fans or for fans who don’t like fanservice. Lots and lots of fanservice.

• A whole lot of fanservice