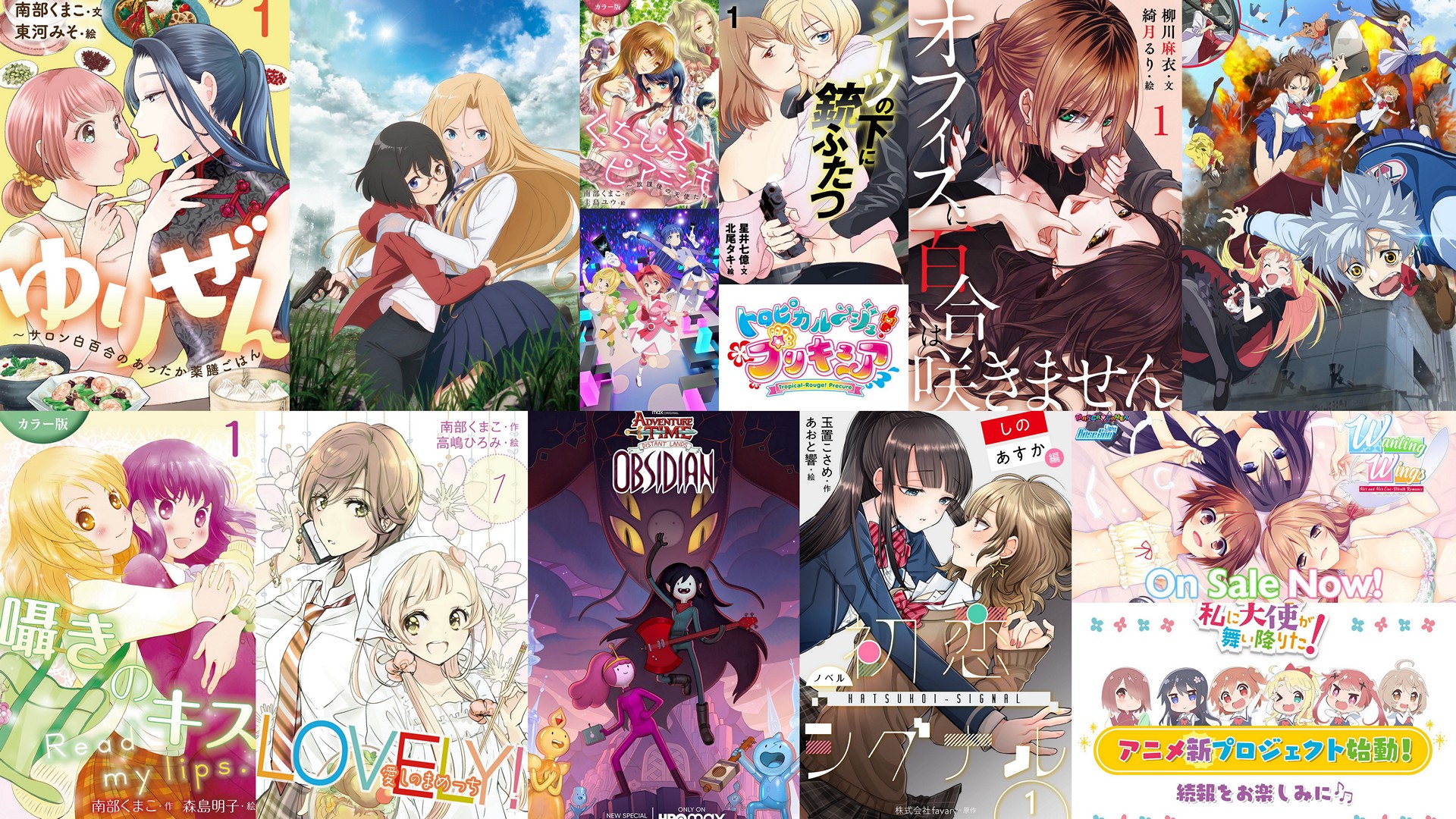 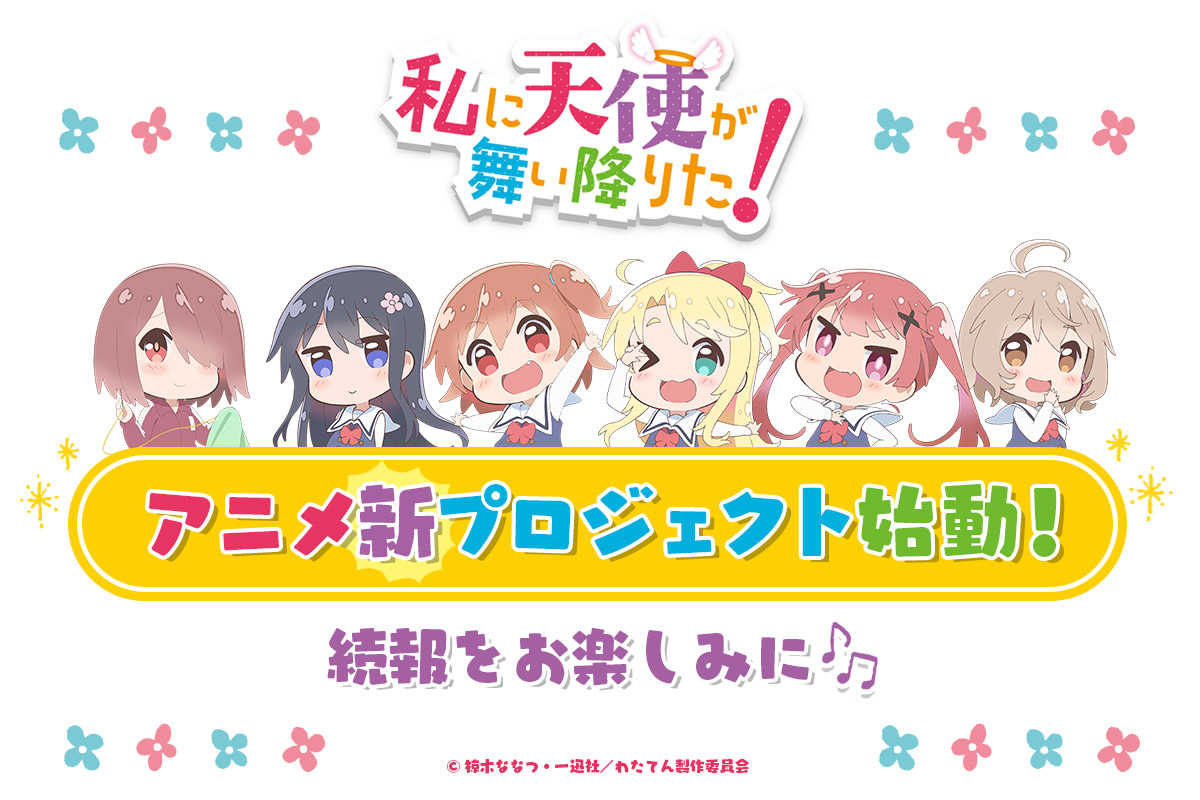 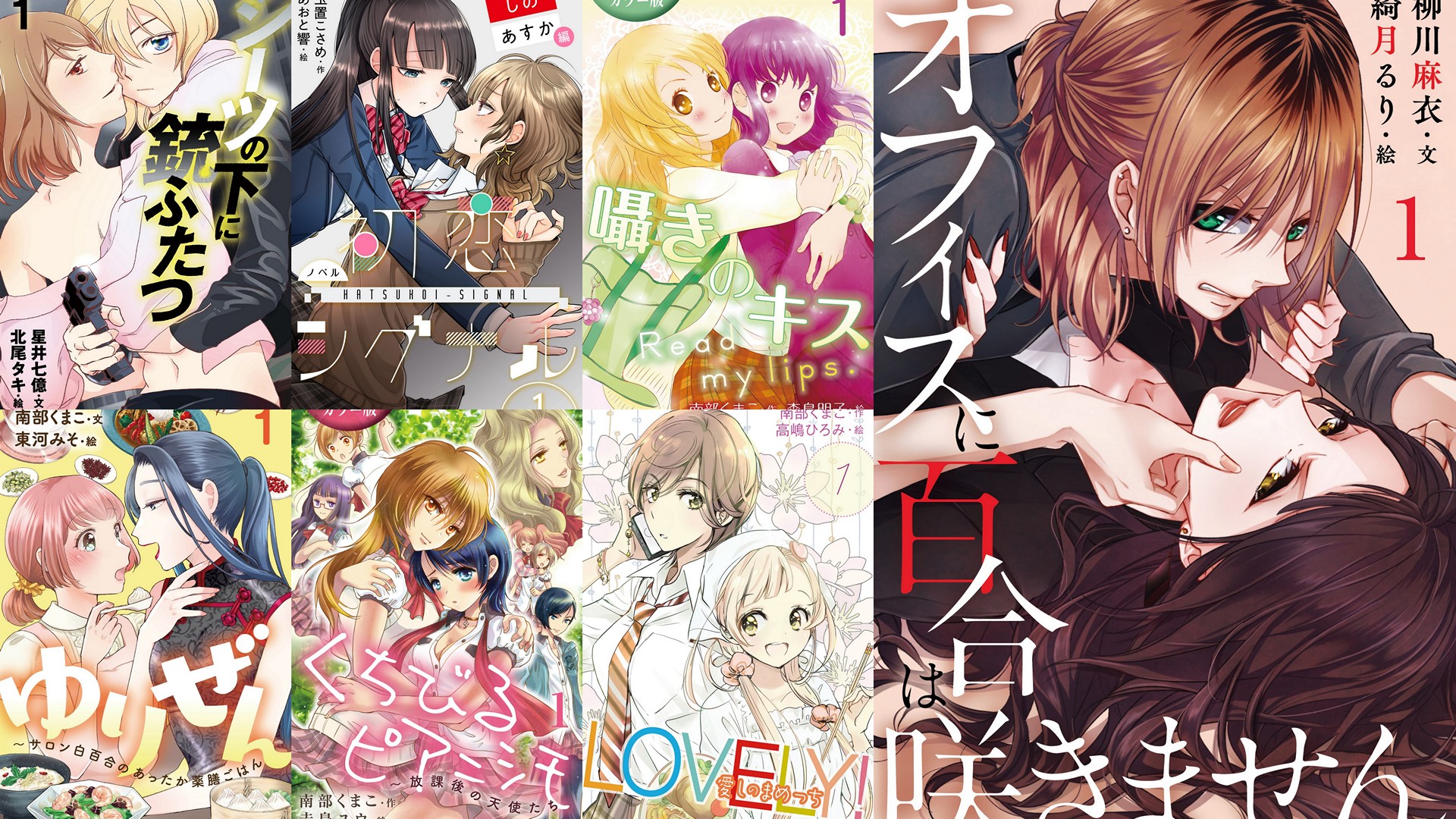 Synopsis: Ever since Shino saw Asuka take the stage to lead the freshman pledge, she knew they were in entirely different worlds. Intelligent, endlessly talented Asuka is the type who’d only be friends with fellow preppy girls – never ordinary girls like her! The right plan of action for Shino is to fit in by sticking close to her old friends, getting through academics somehow, and snagging herself a boyfriend. But when Asuka herself asks Shino to be her friend, does fitting in even matter?

Synopsis: Everyone may have their eyes on the charming, prince-like Hikaru, but there’s only one person Hikaru’s got her eyes on – her darling childhood friend Mamecchi! But between Mamecchi’s hot-and-cold personality and Hikaru’s subconscious denials, this sure doesn’t look like a recipe for success…when a certain repeat customer gets into Mamecchi’s good graces, will Hikaru finally muster up the courage to confess to her first love?

• Yuri Will Not Blossom at Work! — Added December 2nd

Synopsis: Just as Rikka thinks the matchmaking event she grudgingly signed up for can’t get any more dreadful, she runs into her colleague-slash-rival Yuri Kisugi.
Using Rikka’s embarrassment as leverage, Yuri compels Rikka into helping her find the perfect candidate to marry. With the advice – rather, the unnecessary commentary – of her two other colleagues Shiori and Ruiko, Rikka goes along with Yuri’s antics with the hopes it will lead her rival away while she climbs up the company ranks. What happens when Rikka’s nurturing tendencies coincide with Yuri’s secret vulnerabilities?…

• Two Guns Under the Sheet — Will be added December 3rd

All Aya ever wanted was a one-night stand who could take her mind off her lost love, but with Sakura, she may have finally gotten more than a one-night stand – she may have finally found “The One”! But before she rushes into imagining their future together, there’s one uncomfortable question Aya has to face first – could it be possible that her beautiful new love is somehow related to the same organization she’s bound by duty to destroy?

Was it fate that led to Miiko meeting Doctor Shirayuri that one rainy day…or was it just her cramps? Pâtissier Miiko works through little pains like the rest of us, but when her ailments begin to affect her work, there’s got to be something she can do about it. Enter beautiful, mysterious herbal medicine doctor Shirayuri, who might be the solution to Miiko’s problems – in more ways than one!

• Sasayaki no Kiss -Read my lips.- — Will be added December 5th

Synopsis: Haruka has always lived in a soundless world. But not in her dreams, where she can hear her own voice – and the voice of the only other person in the dream with her, a beautiful high school student wearing an adorable, unfamiliar school uniform. Haruka knows this is just a dream, but why does a part of her think it’s more than that? Is this girl she finds falling asleep in the park really the literal girl of her dreams?

Synopsis: Rina Shiina’s life was suddenly ripped apart and, as a result, has to repeat a year, making her infamous among her classmates. Always alone, Shiina finds refuge at the emergency stairs where she shares her lunch with an injured kitten. Coincidentally, a stereotypically old-fashioned nerdy looking girl with thick glasses comes to care for the injured stray, only to run away after seeing Shiina there. Inviting her to share the space, Shiina and Glasses Girl -Kurumi Kamiya- become more and more comfortable in each others’ companies. One day, the kitten suddenly disappears. Devastated, neither Kamiya nor her glasses can hold back her tears, and after her transformation in front of Shiina, her kitten is not the only thing she loses.

As you can see above, the super light novels have already begun releasing, and the remainder will be added to the Manga Planet subscription service in the coming days. It’s awesome to see so many yuri light novels added at once, and if you’re not familiar with any of these works, you can go ahead and read the first chapter of each for free. 😛 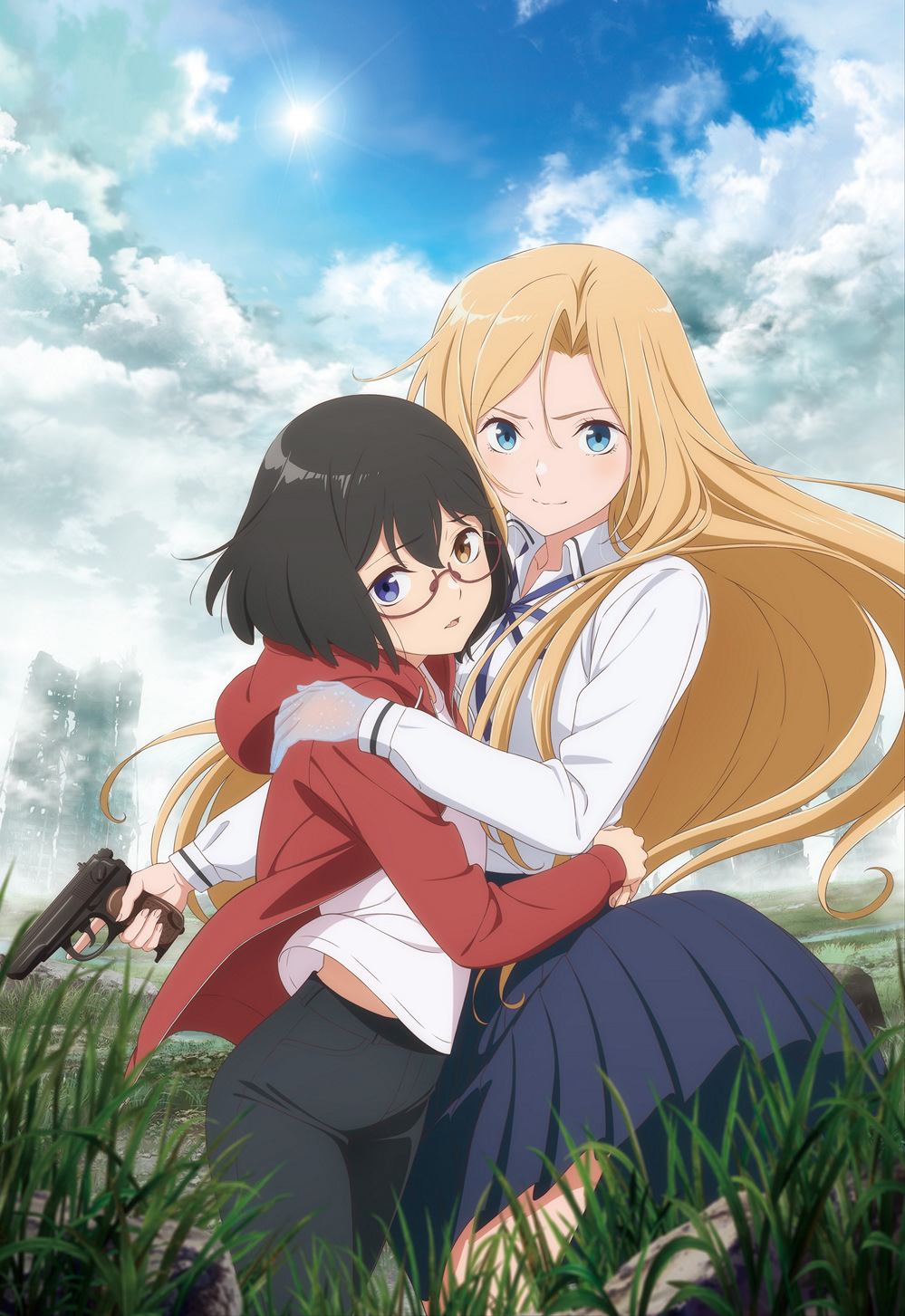 This is going to be a super brief entry, but Otherside Picnic has a new key visual. That’s it, that’s the whole story. 😀

Well, not really. The ANN article mentions a couple of new cast members, but I don’t expect people to immediately recognize their names and know all of the anime they’ve been cast in. You can check that out in the link below. I’m really looking forward to this show, and it begins airing next month~ 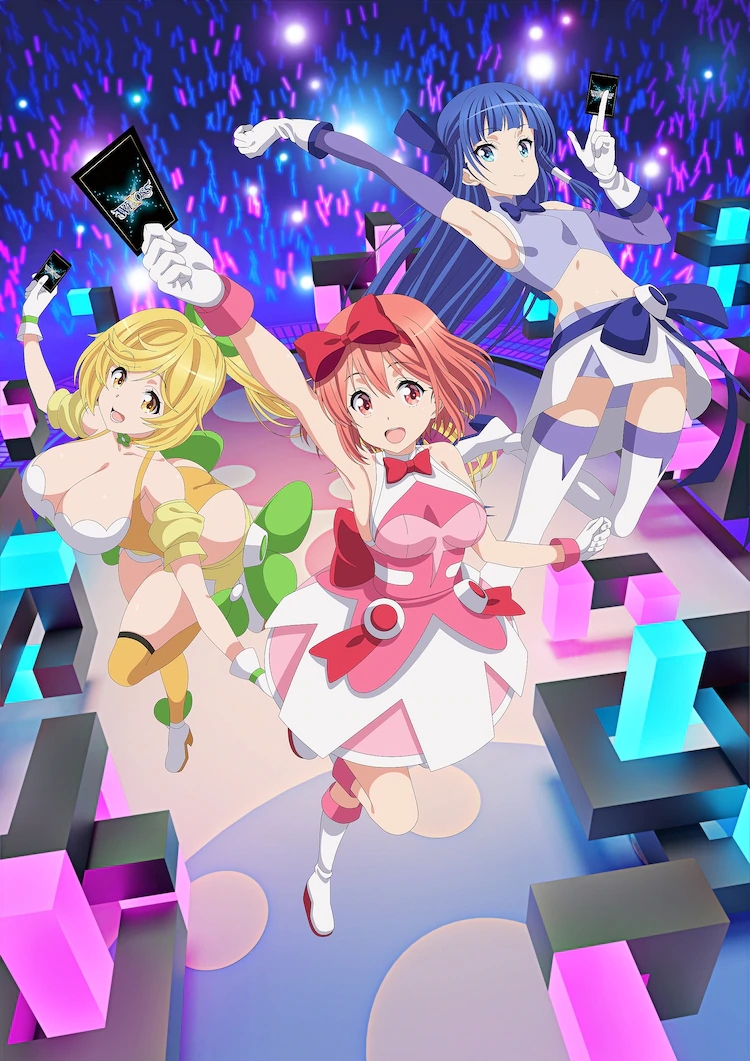 With 2020 almost at an end (thank goodness), more and more of the 2021 winter anime season premieres are being announced, and the latest is a franchise we’re all too familiar with, WIXOSS. January 8th is when WIXOSS Diva(A)Live will begin airing, and even though it’s nigh impossible to tell if this latest season will have any yuri, it’s best to be on the lookout anyway.

I’m not sure about the direction that the new season is moving in, but I’d say that you can only have the same old story setup and card battles so many times before it just gets tiring, so I welcome this change. Anyway, here’s a new PV that was released, so let’s take a look at that.

There will still probably be enough despair in this season, so I’m not worried about this series going soft or anything. What I am worried about is the winter season almost being too stacked, but that’s a good problem to have. Bring on 2021~ 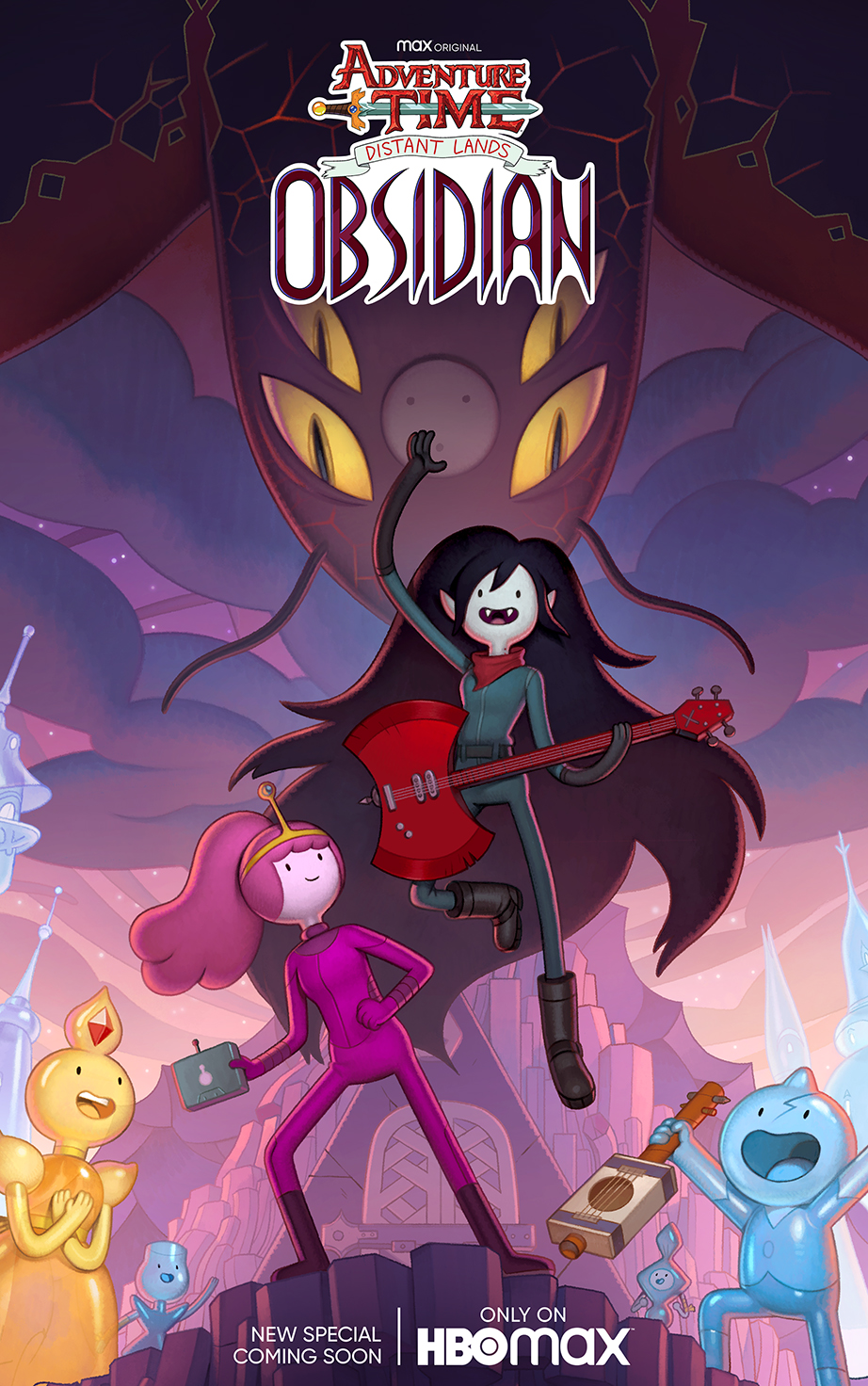 In the (almost) eight years of YR’s existence, we’ve rarely talked about Western animation on here, but thanks to She-Ra and The Kisses List, that’s slowly starting to change. The second episode of Adventure Time: Distant Lands focuses on Marceline and Princess Bubblegum, so there’s never been a better time to jump on board the hype train. Here’s the trailer.

The episode began streaming last month exclusively on HBO Max, and if you live in the U.S. and are wanting to catch up on the original Adventure Time series, you can watch all ten seasons on both HBO Max and Hulu. Have fun~ 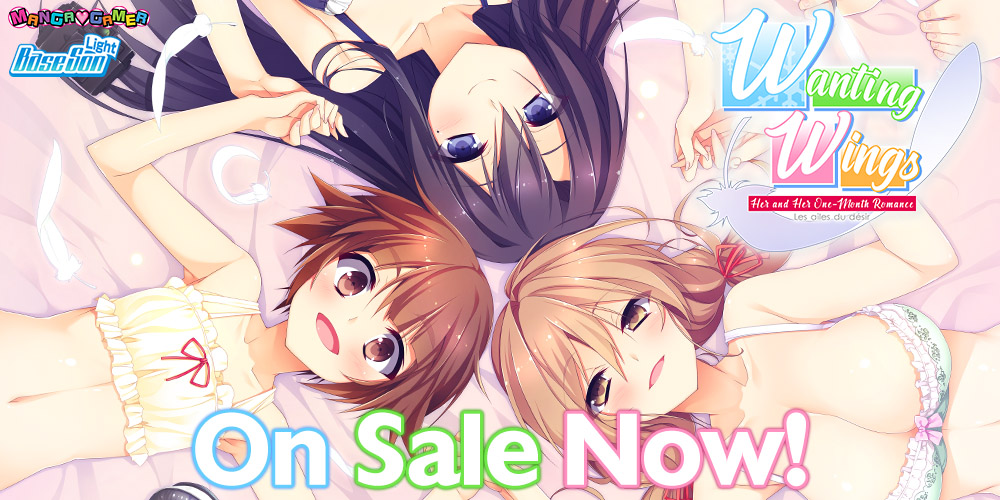 Here’s the synopsis for Her and Her Romance.

At Seiyou Girls’, an all-girls boarding school, there are rumors of an angel. Our story takes place at the end of the second term, just before Christmas.

Hina, Rin, and Fumi: three girls that became roommates in the spring, when they started school. The three all come from different backgrounds and have completely different personalities, but they share one strange similarity.

They all saw an angel when they were young. And they all gradually begin to suspect that one of their roommates might be such an angel…

You can’t go wrong with a yuri visual novel, so any new releases are very welcome. I’m not a fan of the prices for some of these VNs, but if they look interesting enough to you, go for it. 😛 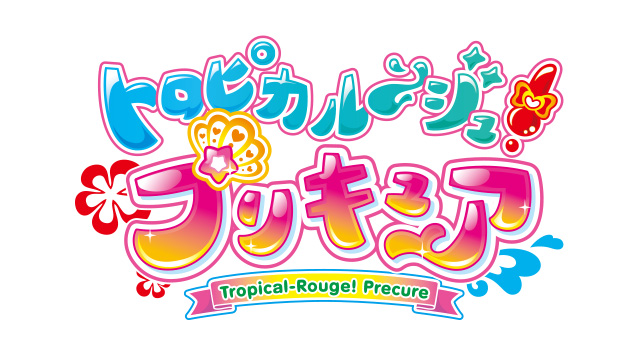 Here’s a word that’s rarely been uttered on YR, PreCure. Some may view it as a yuri crime that we’ve never meaningfully covered the long-running franchise, and we’d be guilty as charged. Still, it’s worth mentioning that the next installment in the series has been announced.

Tropical-Rouge! PreCure is set to premiere in the spring of 2021… and that’s about all of the information that’s currently available. It’s hard to get into a franchise that’s been running for seventeen seasons and consists of dozens of episodes per season. I’d want to start at the beginning, and the idea of watching hundreds of episodes fills me with dread. Maybe it’s just not meant to be… ¯\_(ツ)_/¯ 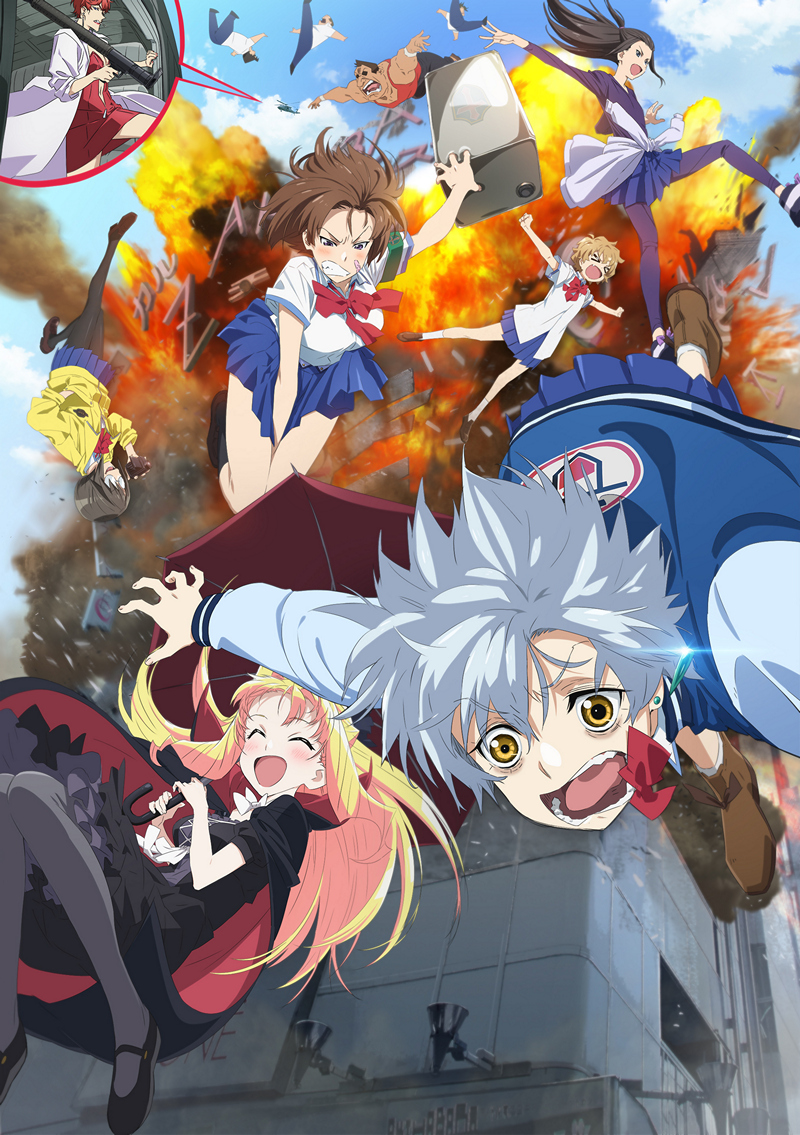 Lastly, we have a new Vlad Love PV and key visual to share. Like almost every other piece of information we’ve learned about this anime, it all looks incredibly stupid, but even though I can’t understand a word, I am SO there. Take a gander~

Some people may not be into slapstick comedy, but I enjoy it, and I’m very much looking forward to watching this when it begins airing. Speaking of that, Vlad Love still doesn’t have an official premiere date, yet the ANN story mentions a “special version” of the first episode that’s set to air on the official YouTube channel on December 18th. I doubt that “special version” will include subs, but I’d still watch it. 😛

Source
Happy Holidays to all~